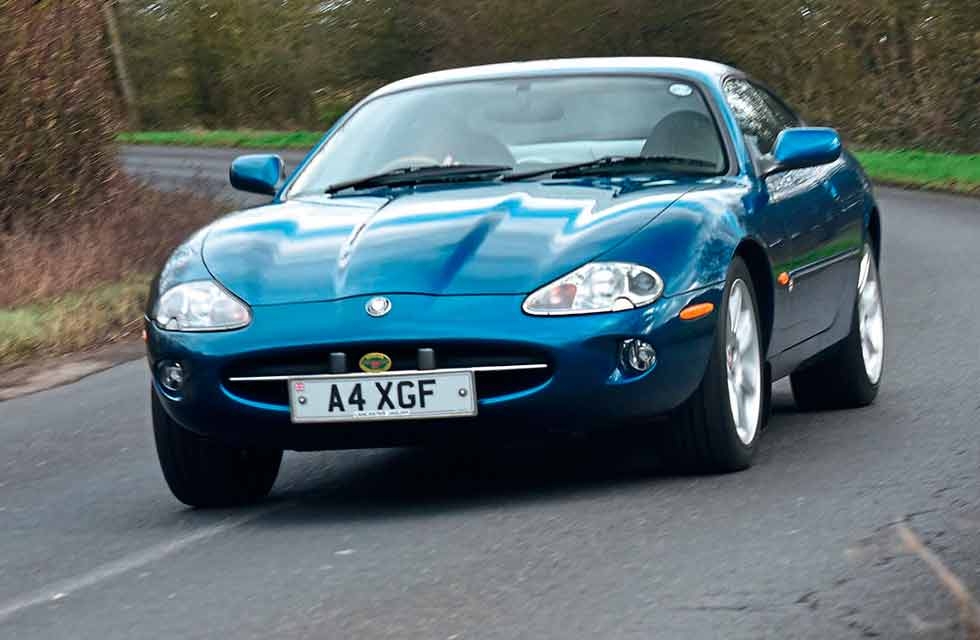 Some reckon this 1996 XK8 4.0 is a preproduction show car; regardless of whether that’s true, it is one of the best early examples we’ve seen, a result of its owner being a well-known concours winner. Words & Photography Paul Walton.

ENIGMA MACHINE XK8: IS THIS EARLY EXAMPLE A PREPRODUCTION MODEL?

We look at a very early XK8, said to be a preproduction model, which is now in a fabulous condition thanks to the eye for detail of its former concours champion owner

style=”light” size=”5″]During a 1939 radio broadcast, Winston Churchill said of Russia, “It is a riddle wrapped in a mystery inside an enigma.” This now famous quote also neatly encapsulates the history of this 1996 Jaguar XK8 4.0 X100.

Due to a few unusual features, the car is thought by some to be a preproduction model that potentially appeared at the 1996 Paris show; on the other hand, it has a high chassis number and was not registered until November 1996. What is clear, though, is that it’s one of the best early XK8s I’ve seen on account of being owned by a former Jensen concours winner of the Seventies and Eighties. Ironically, he wasn’t looking for an XK8 – or even a car – when he bought it in late 2014.

If you own a Jensen or were simply around classic cars during the late Seventies and early Eighties, Dave Horton will be a familiar name. His now-famous C-V8 set new standards for preparation, detail and presentation, winning several major concours competitions in the UK and on the continent. Dave’s car was unbeaten for ten years in the Benson & Hedges Concours and in 1986 he was made Grand Master Champion.

Although initially a fireman, his reputation led him to open a Jensen specialist, Gasoline Alley, in the mid-Eighties. However, in 1995, feeling tired of the motor industry he sold his business, having already parted with his C-V8 and a unique long wheelbase Interceptor convertible that had been made specially for him by Jensen.

For the next 20 years, Dave stayed away from cars, developing a new passion for remote-control planes. Then, in late 2014, a beautiful shape under a sheet sucked him back in again.

In December that year, he had taken his wife’s Vauxhall Astra to his local garage for new tyres, exhaust and an MOT test. In the corner of the workshop, under a fitted cover, was the profile of what looked to be a gorgeous car.

Reveals Dave, “Being a nosy sod, I had a look under the cover. It was a blue XK8. Although I knew nothing about them, it was love at first sight.”

Although more known for his Jensens, Dave’s association with Jaguars actually goes further back, to the Sixties when he was a child. His father was a salesman for Charles Folletts Ltd, a respected dealer of specialist and premium cars, based in Mayfair, London. “He’d often bring part-exchanges home and say tome, ‘Have a sit in that; what do you think?’” Dave was lucky enough to experience a variety of British cars, including Aston Martin, Bentley and Jaguar. Incredibly, he took his driving test in an XK 120 and later drove an XK 140, 150, Mk 2 and all versions of the E-type.

When Dave asked Martin, the garage owner, about the car under the sheet, it transpired that it had come in three years previously for some light remedial work, but the owner hadn’t returned and Martin had just been given the go-ahead by the courts to sell the car and recoup his costs. Smitten, Dave instantly offered Martin a deal: his wife, Kate, had stopped driving due to illness, so would Martin accept the Astra, plus £500, in exchange for the Jaguar? With the offer accepted, and the XK8 even passing an MOT test there and then, Dave could drive it home. But, what would Kate think?

Reveals Dave, “I parked it in the drive outside the bay window and said nothing, just quietly sitting down and reading my model aircraft magazine. Suddenly Kate says, ‘Whose car is that? Someone has parked on our drive.’ To which I replied, ‘That’s yours; I swapped the Astra for it.’”

Thankfully, after a quick inspection, Kate was happy with the swap. But during their first drive, the XK8’s dashboard lit up with warning lights and the car put itself into limp-home mode. The RAC recovered them to Lancaster Jaguar, in Tonbridge, where it needed a service and the software updating.

It was while they were at Lancaster that it was first suggested the car might be a preproduction model. “The chap who worked on the car said there was something odd about it, that there were certain oddities on the car. He told me that they’d done a search and what I’d got was a preproduction car and that their records showed it was at the Paris Motor Show.” A second irony – his C-V8 was a preproduction model that was exhibited at the 1962 Earls Court Motor Show. The technician also said their records show the car was built in late 1995 or early 1996.

When Dave shows me the Jaguar in his purpose-built garage – meaning it fits like a tailored suit – preproduction model or not it’s one of the nicest examples of a pre-facelift XK8 I’ve seen, its early age denoted by the lack of a brake light in the rear window, which wasn’t standard on European cars until 1997.

He then points out some of the oddities: the front badge looks like its mounted on a rubber grommet, the cruise control is from a Chevrolet and some of the interior panels don’t line up perfectly, although that could be down to age. Plus, under the bonnet, where the wings meet the inner panels, there’s an unusual chrome strip running down both seams. It’s also the same colour – Pacific Blue – as the car that was revealed at the 1996 Geneva Show and the car that was at the Paris show a few months later.

However, when I ask Jaguar Heritage about the car, Tracy Nabb from the archive department tells me, “This car’s vehicle identification number suggests it was built quite late after the show season and there is no indication on the build sheet that this is a show car – therefore, it would not show on a Heritage Certificate.”

I start to do my own digging and find the car wasn’t registered until October 1996, just as XK8 sales started, and its chassis number – 06159 – is much higher than the Geneva car’s – 00207 – which is now part of the Jaguar Heritage collection at Gaydon. Plus, the only image I can find of Jaguar’s stand at Paris in 1996 shows a left-hand-drive model. Of course, Jaguar’s chassis numbers aren’t always in sequence and there could have been two XK8s at Paris, but it adds to the intrigue surrounding Dave’s car.

Not that he cares. Clearly infatuated by the XK8, it has reignited his passion for classic cars and, although he says he has no interest in entering concours (“I’m too old and I have nothing to gain”), his almost psychotic eye for detail, that made his C-V8 so successful 40 years ago, is evident. For example, unhappy with the fogged headlights and front foglights, which afflicts most XK8s, he replaced both sets, while a small chip in one of the rear light clusters resulted in both sides being replaced. With spotless paint so shiny that my reflection follows me eerily around the garage, it is one of the prettiest and best-presented early XK8s I’ve seen.

Dave kindly lets me have a drive, when it’s obvious his attention to detail extends to below the surface; with keen, instant acceleration, the car has lost few of its original 290bhp. Pushing the throttle hard reveals the one major change he has made to the car – a sports exhaust from Elite & Performance Jags, in Derbyshire, fitted by Lancaster Jaguar. Although not ludicrously loud and still in keeping with the XK8’s subtle, gentleman’s express image, the deeper, meatier and more baritone growl is a fine reminder of how many cylinders are below the bonnet. The new exhaust revealed another oddity about Dave’s car. “Elite & Performance had to fabricate the first collector box after the manifolds since the one on my car was five inches shorter than standard.”

Dave has replaced all the bushes and the springs and dampers, plus given the immaculate Flute alloys a new set of Pirellis, so the car rides over the many winter potholes that scar the roads with ease, without transmitting the imperfections in the cabin. It’s a fine reminder of what a revelation the XK8 must have been in 1996, the perfect mix of performance and comfort wrapped up in a beautiful, voluptuous body.

Dave’s car might be a real mystery, but what isn’t is why he’s so attached to this beautiful example of an early XK8.

Thanks to: Dave Horton