Isn’t it funny how a single trip to somewhere thousands of miles away can have such a profound effect on the way we look at the world? 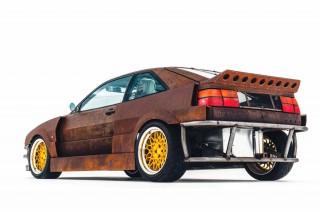 Whether it’s becoming obsessed with minimalist Japanese furniture or taking up surfing after a visit to Hawaii, soaking up unchartered cultures is one of the biggest reasons for packing our bags and jetting off to far corners of the planet in the first place.

Wiltshire-based Ryan here is one such person who had a bit of an eye-opening moment when venturing to distant territories recently. And the ensuing shifts in his tastes and interests have had quite a remarkable impact on the work carried out to his latest project car – this incredibly unique Corrado G60.

I soon decided to put some obnoxious wide wheels on it, which required a lot of stretching and rolling of the arches… that’s when I really started to ruin the car!

The place he visited? Las Vegas. And the modifications it inspired? Well, it probably only takes one glance at the images in front of you to ascertain that for yourself: the car now sporting a frankly insane rat rod aesthetic that’s undoubtedly one of the best executions of the bold style we’ve ever witnessed this side of the Nevada desert. 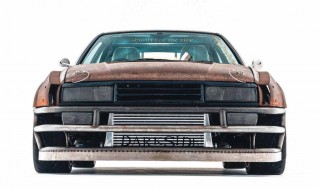 Wild rat rod builds may be a common sight on the Vegas strip, but we can’t think of anything that would look more alien cruising along Salisbury high street than Ryan’s Corrado here. So what on earth possessed him to start this project in the first place?

I really liked the bare-metal rust look that had begun to form, but had to look for ways to maintain it

“It was a blue, tidy and original G60 when I picked it up back in 2013,” Ryan controversially reveals (we can hear the purists getting triggered already). “I literally had no intentions other than to do some general maintenance work on it. I soon decided to lower it and put some obnoxious wide wheels on it, though, which required a lot of stretching and rolling of the arches… that’s when I really started to ruin the car!”

Satisfied with how these in-your-face styling alterations were turning out, Ryan was soon spurred on to step things up a notch and begin going places where few other car owners would dream of. “Later on that year, I decided to sand the car down and paint it in ‘Realtree’- style camouflage, complete with a hand-painted shark mouth up front,” he recalls, the Corrado drifting ever further from its honest factory trim by the second.

It’s a love/hate relationship, but in my eyes it provides me with far more fun than a standard example ever could

Over the next year or so, other eye-catching goodies were also added into the mix to complement those aforementioned eye-catching body decorations, with the interior being stripped down and some red Tombstone-style Porsche seats bolted in, as well as a lairy straight-through exhaust system, complete with a side-exit outlet also making an appearance. 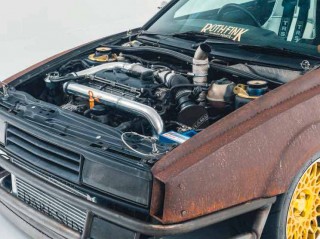 Sounds pretty Mad Max already, doesn’t it? And it’s worth pointing out that all of this work was completed before Ryan’s first trip to Las Vegas which occurred in 2015. Fast forwarding to this stage, and with the Corrado already sanded back down to bare metal once more, the holiday itself proved to be a pivotal moment for the build…

“The first Vegas trip added a whole load of ideas into my head,” he grins. “We visited WelderUp… I got so much inspiration from that place!” Soaking up the USA’s finest rat rod offerings from this infamous tuning garage that’s had more than one TV series based around its incredible goings-on (Google it – you won’t be disappointed), Ryan was itching to get back home and apply some of the magic he’d witnessed to his own pride and joy.

“I really liked the bare-metal rust look that had begun to form, but had to look for ways to maintain it,” he tells us. “I tried many techniques, but it turns out you can’t beat the old-school method of applying engine oil with a rag.” With the plush Tombstone recliners no longer matching this vibe, some sparse Kirkey aluminium racing seats were swapped up as that winning rat rod style really began to take shape. This brings us up to 2017, where we catch up with Ryan who, with another Vegas trip under his belt, could be found discussing with a mate one of the most controversial ideas so far to apply to his Corrado… 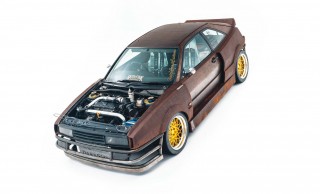 “He said a diesel engine would go straight into my car,” Ryan explains as the duo pondered an oil-burning swap – Ryan is a self-confessed lover of these engines. With Volkswagen never originally making a diesel Corrado, a Mk4 Golf TDI donor car was soon tracked down, and its PD130-spec lump transferred over to this Frankenstein build.

With the help of AM Autotech, it only took a few days to get the engine in and talking to the factory G60 ‘box, with the new drivetrain set off with touches such as that bonnet-exiting exhaust that now kicks up plumes of black smoke under load, as well as a custom Ramair air filter. 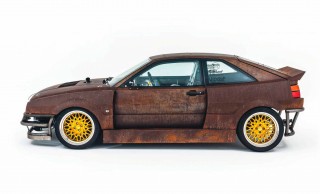 “It developed the nickname of ‘Drado’ [diesel Corrado] and really started to turn heads at this stage!” Ryan laughs.

Not controversial enough for you yet? Don’t worry, there are still plenty of equally-as-crazy modifications to examine…

“Over a long winter of planning, and with my friend having a donor Corrado shell lying around, I made the decision to seriously change it up,” Ryan keeps us up-to-speed. “Along with Leadfoot Racing, we created a custom fabricated wide-body to fit around some new WORK wheels I’d spec’d up.

Although they offer around four inches of extra girth each side, the car’s boxy new flanks don’t look at all out-of-place thanks to the way they cleverly follow the form of the standard car’s panels underneath. This masterpiece of a job is set off with tubular bumpers to ensure there’s zero plastic on practically the entire car, as well as a swaged spoiler out back. Make no mistake, the attention-to-detail on this build really is out-of-this-world.

The wheels in question are some of WORK’s finest Seeker CXs, complete with Imperial Gold faces and polished dishes – perhaps the polar opposite to the rest of the car’s appearance and working all the better for it. 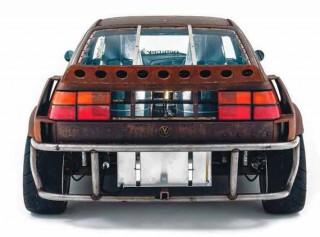 But it’s within the Corrado’s rusty flanks where Ryan’s Sin City-inspired styling obsessions are arguably at their most prominent. From that distressed wooden flooring (yes, wooden!) through to the Jack Daniels/John Deere belt buckle pedal covers, oh – and that artillery shell gear shifter, of course – it’s these uber-cool touches that really tie the style together so well and make Ryan’s car such a feast for the senses. Since our encounter with this fine machine, Ryan tells us he’s treated the engine to a twin compound-turbo setup for extra grunt (and black smoke) – a sign the car actually gets driven rather than hauled around on a trailer everywhere it goes. “It drives awfully but I’ve adapted to it now,” he explains. “I love it! It’s built for the ride and is a whole lot of fun.”

Now proudly displayed at countless shows throughout the year, Ryan’s car has posed many an onlooker with the same question: is this sacrilege of the most extreme order, or simply one of the most awesome cars to have emerged onto the scene in years?

“The best bit about it is that the entire thing was built for me,” Ryan is quick to reply. “It’s a love/hate relationship and it’s forever changing as I think of more ideas, but in my eyes, it provides me with far more fun than a standard example ever could.” And you know what? We reckon he might have a point there…

It’s a love/hate relationship, but in my eyes it provides me with far more fun than a standard example ever could

SHOUT: AM Autotech for the engine swap and continued support, Ramair for the great air filters and support, Leadfoot Racing for the fabrication, Sophie Freemantle for the support and having to put up with all those bad ideas, and Adam Gough for the Corrado parts and wizardry 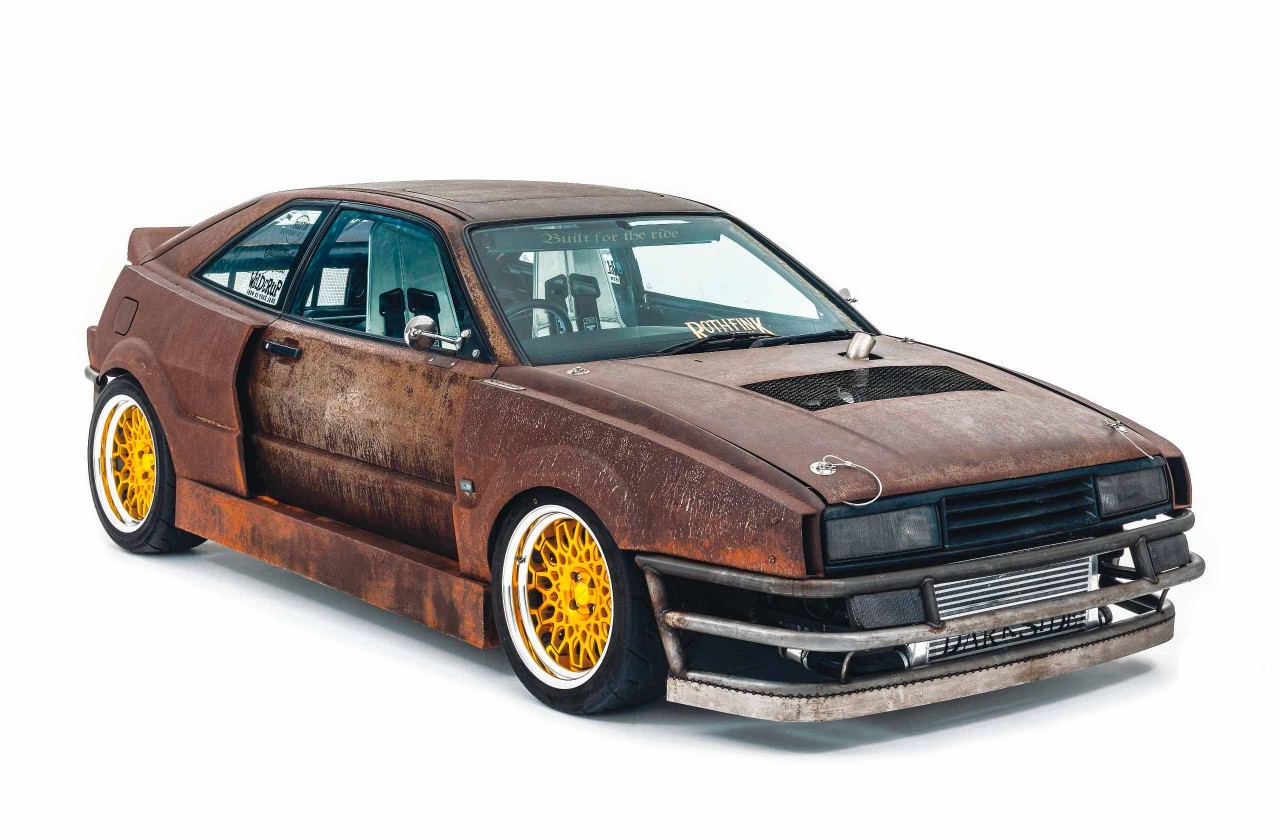 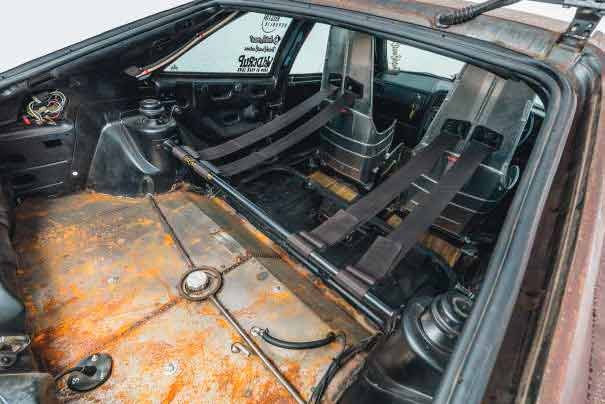 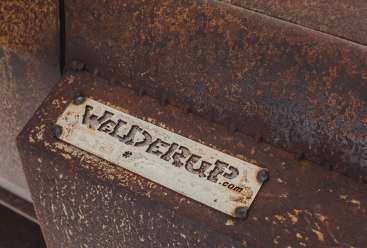 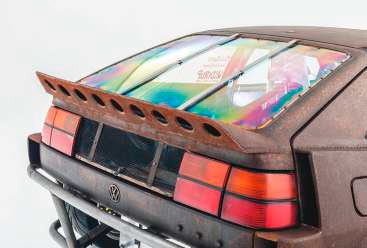 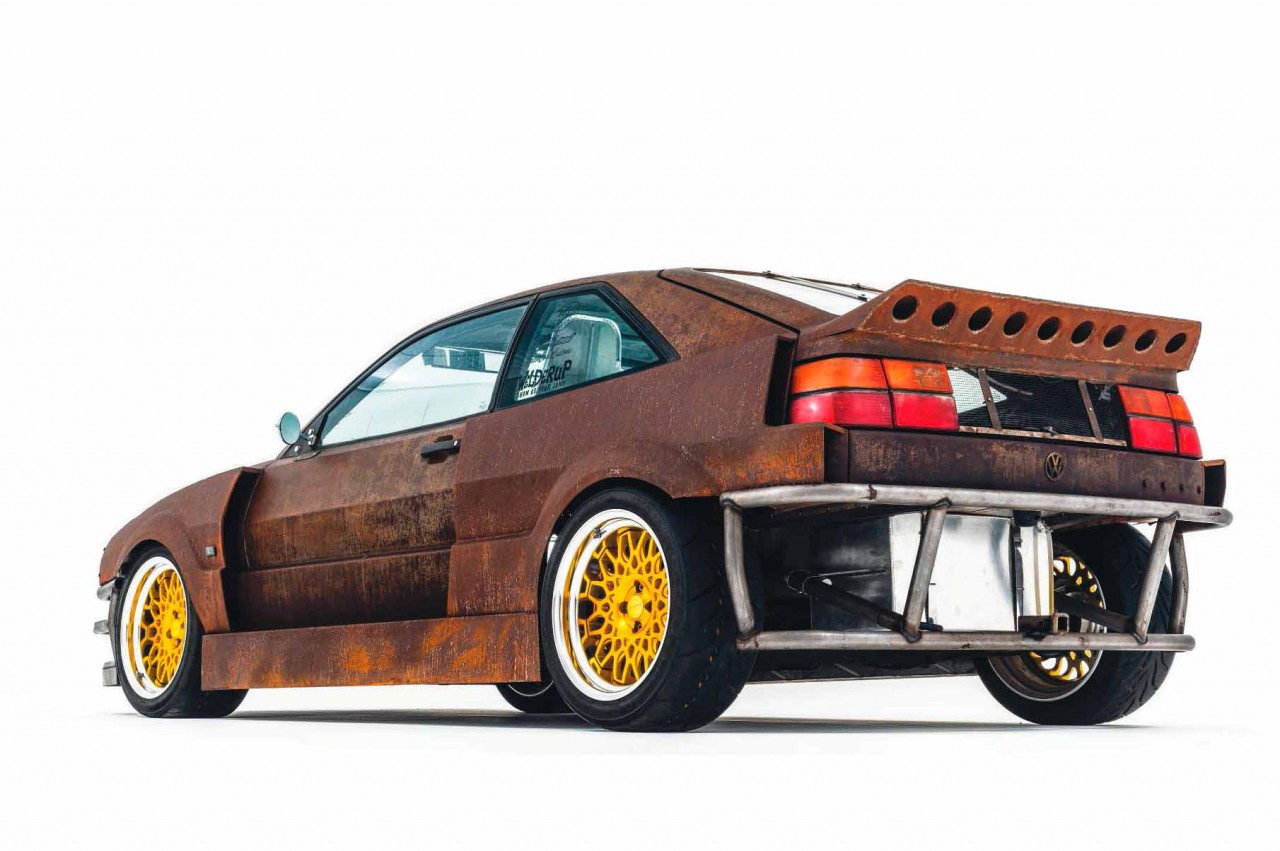 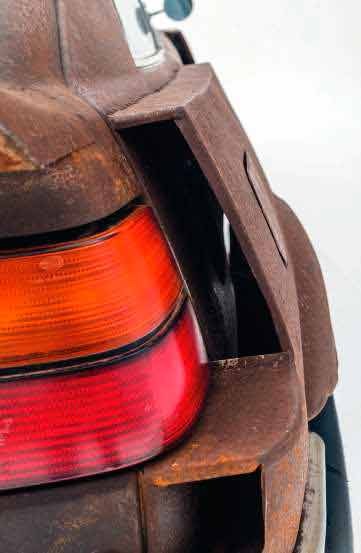 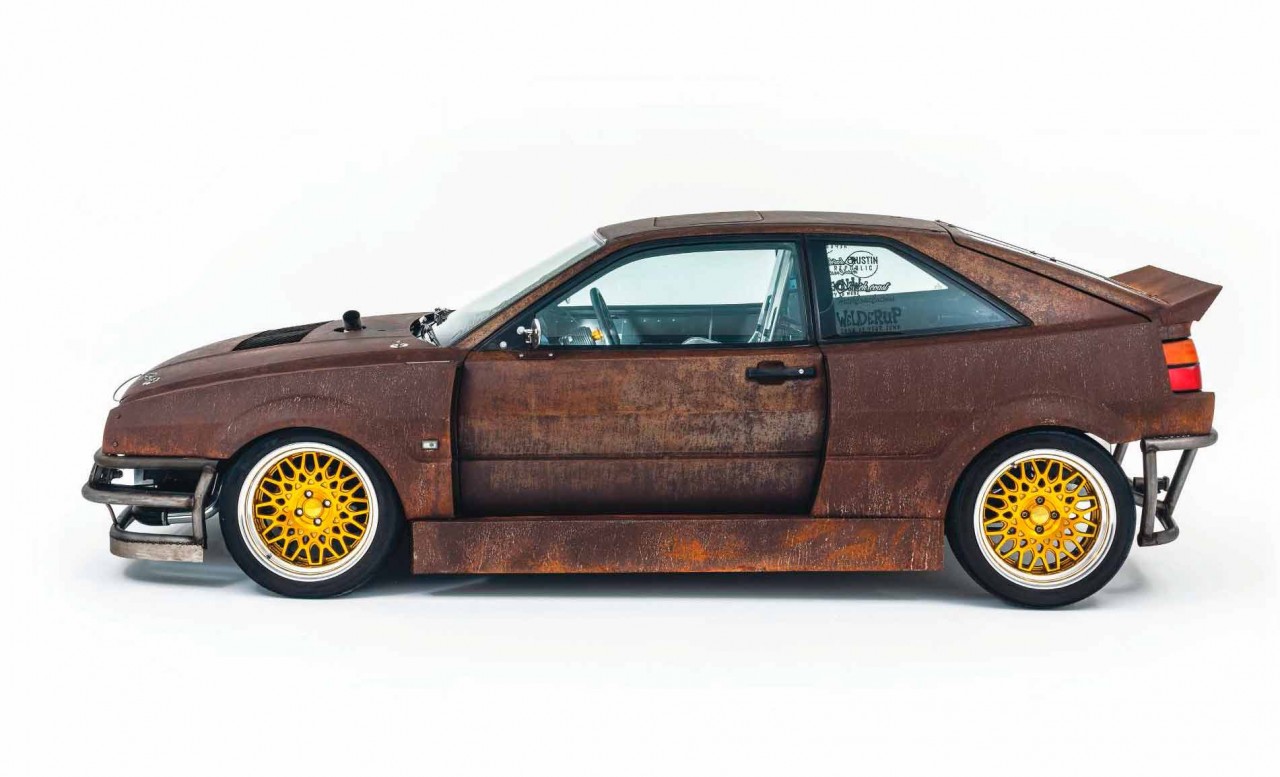 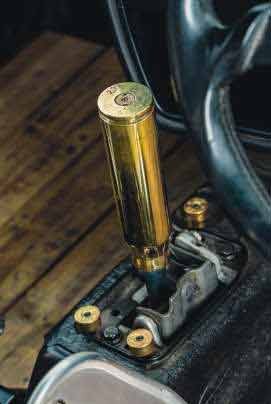 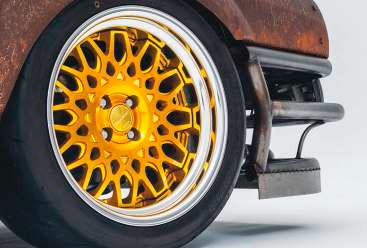 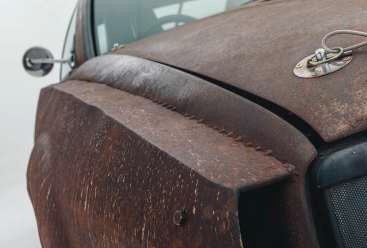 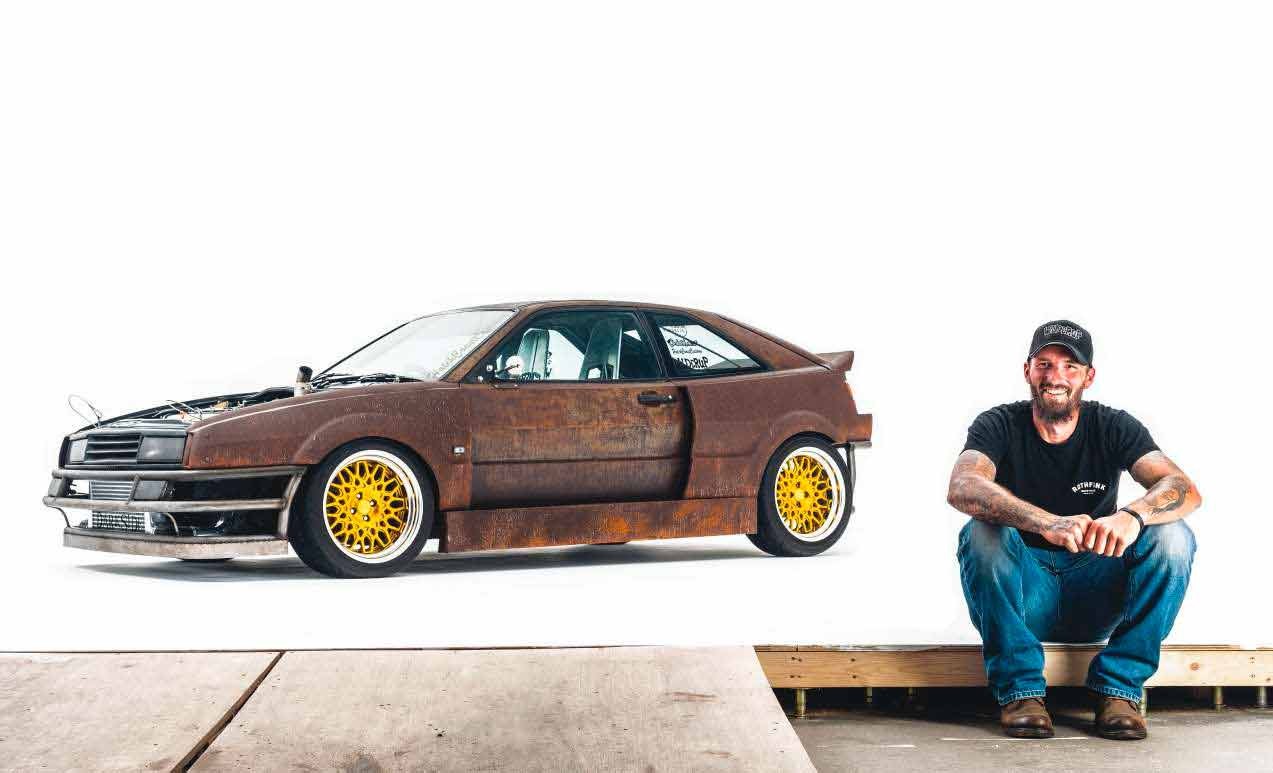 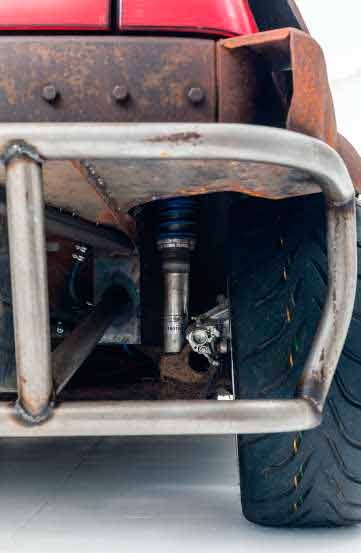 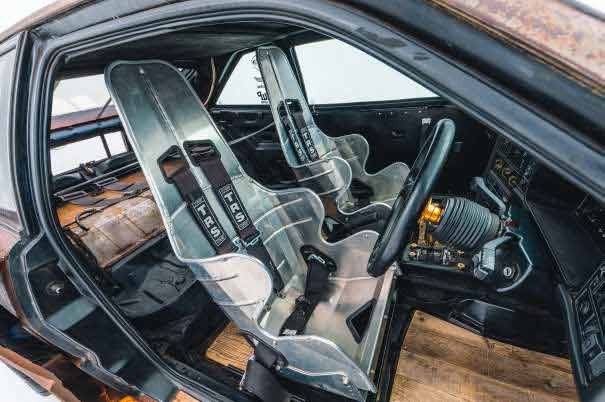 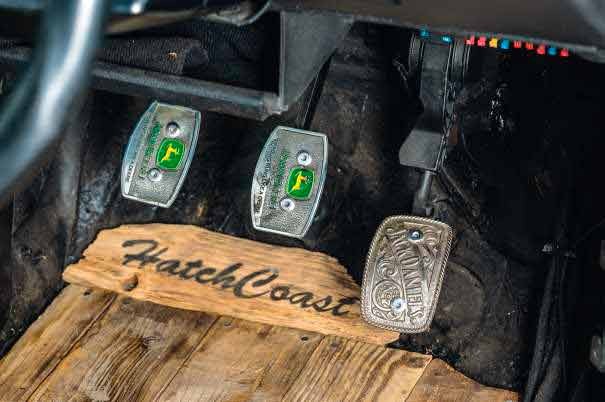 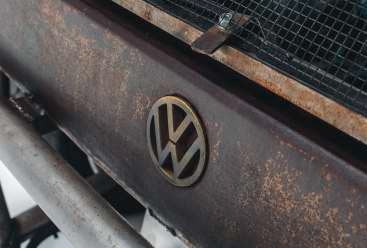 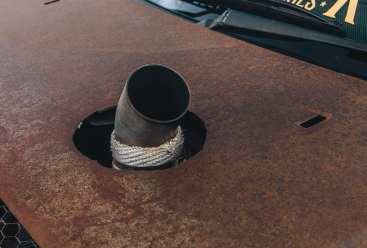 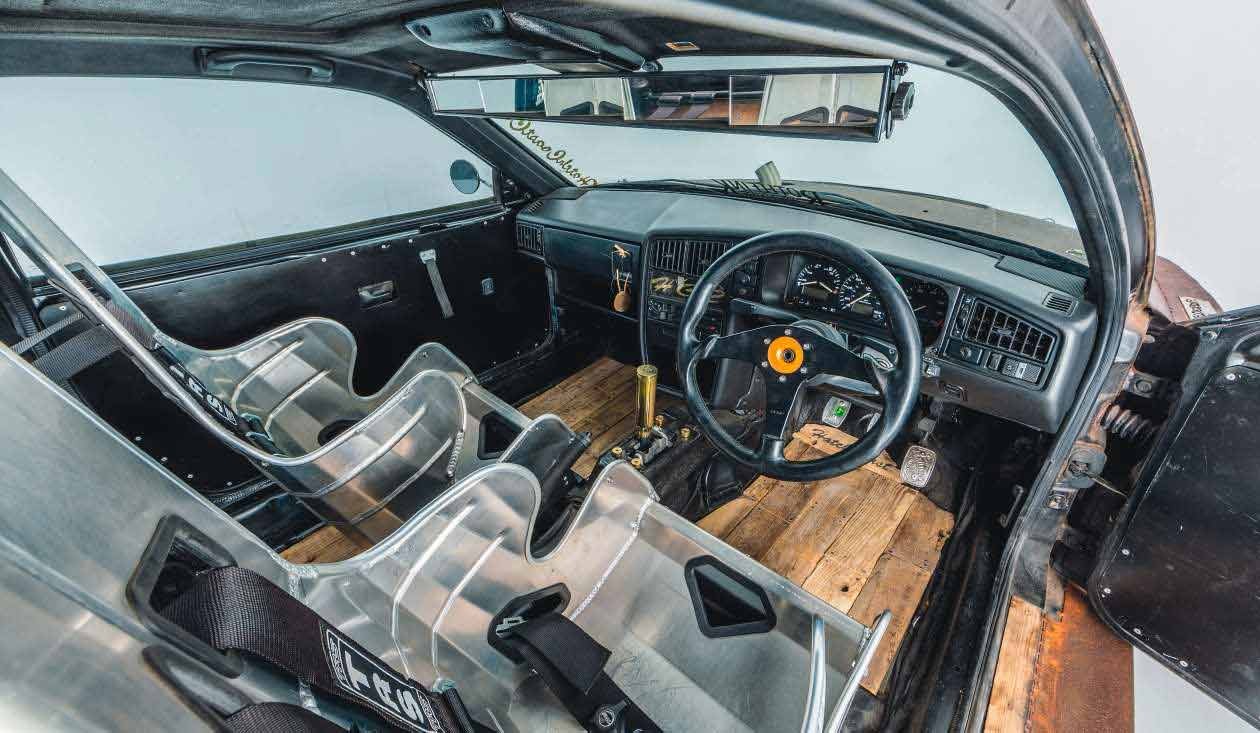 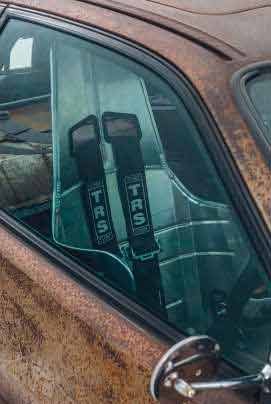 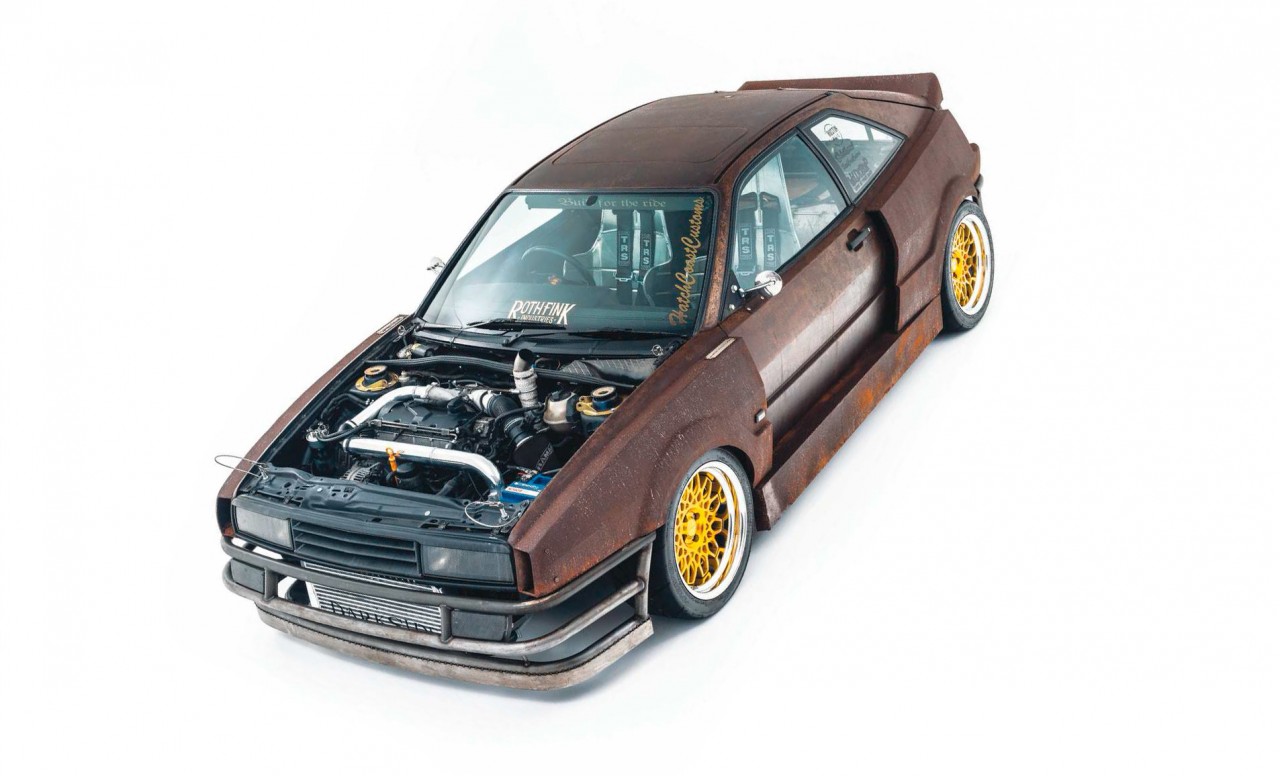 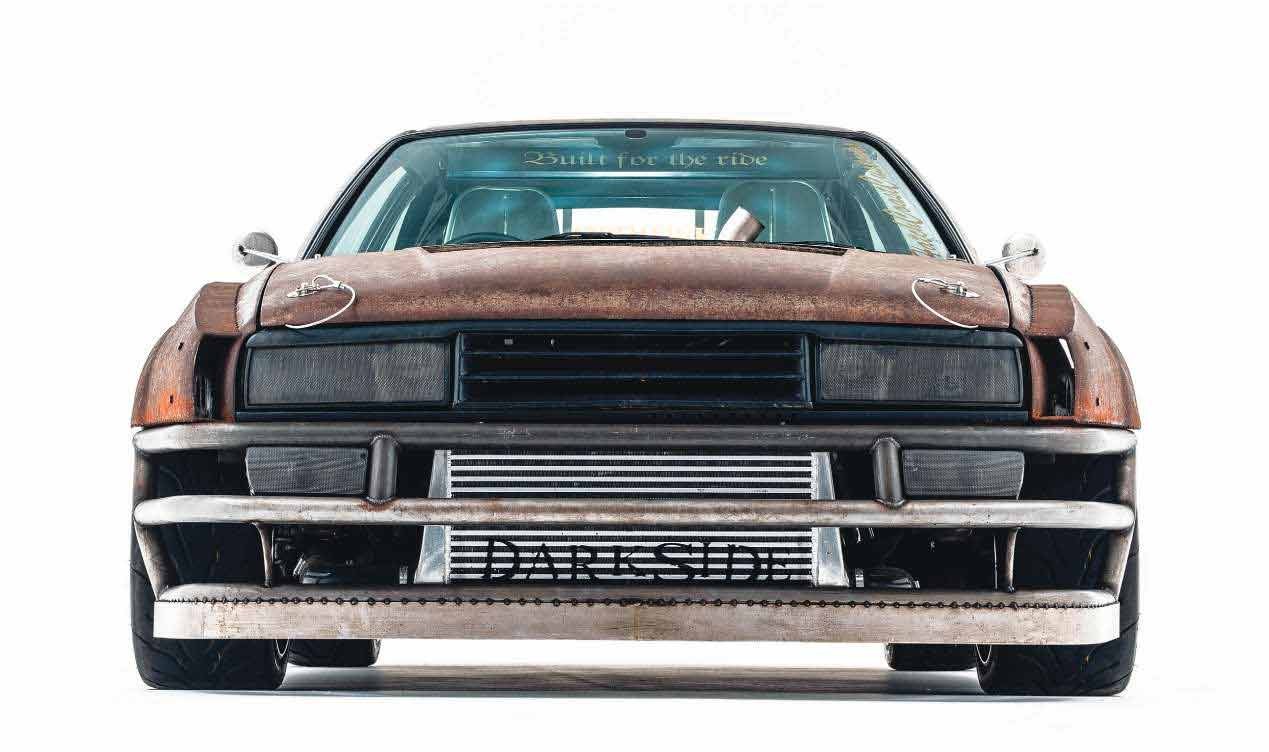 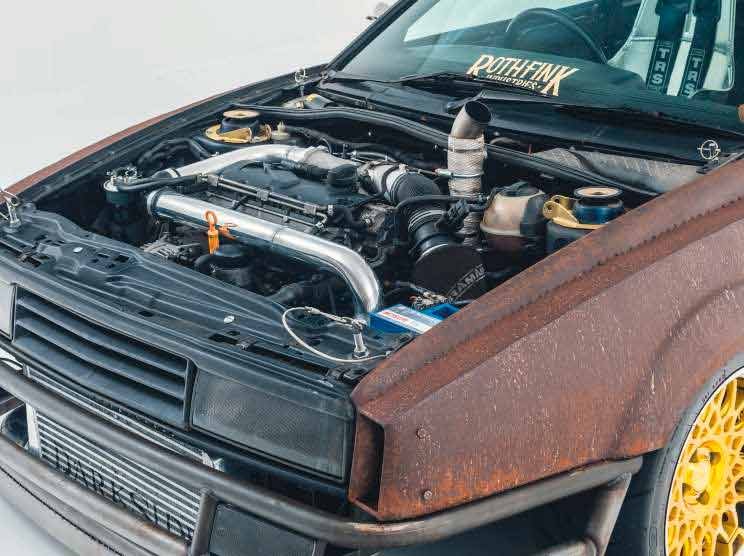 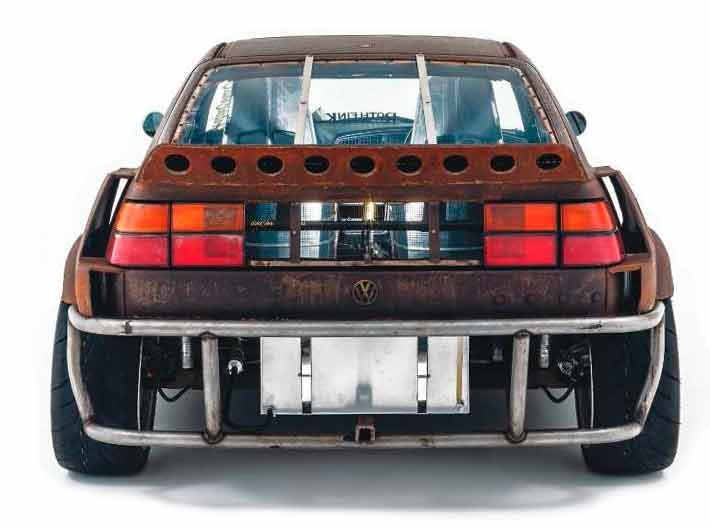 If Mad Max drove a Corrado… Seriously, have you ever seen a better executed rat-inspired VW? Nope, didn’t think so!