With 5.3 litres, Jaguar’s classic V12 is big enough for most owners. But not all, such as the retired lieutenant-colonel who once owned this 1986 cabriolet. Wanting more power than the original 291bhp, the former soldier had the V12 enlarged to a staggering 7.4 litres. But the modifications didn’t end there since he spent a small fortune upgrading all aspects of the car, from the brakes to the wiper motors. 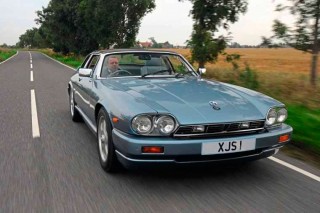 The story starts on 1 January 1986 when a metallic blue XJ-SC 5.3 was registered by its first owner. Unfortunately, it suffered from many problems, mainly leaking and squeaking. After a not inconsiderable amount of complaints from the owner, Jaguar agreed to rebody the car, even giving it a new chassis number. The car was then kept until 1999 when, after 20,000 miles, it was sold to a retired military man.

Something of a perfectionist, the new owner wanted to upgrade every part of the car to rid it of the usual XJS shortcomings. He employed the services of John Wilkinson, a former Browns Lane employee and Jaguar specialist to advise him on conversions and how to carry out the actual work. Together, they investigated every single item on the car, no matter how small or insignificant, deciding whether it was good enough for the job or if it needed upgrading. After 12 months of deliberating, and copious notes detailing his every thought, the car was dismantled and the work began.

The engine was rebuilt and upgraded by Forward Engineering to 7.4 litres, which produced 460bhp and 516lb ft of torque. It used an AJ6 Engineering management system and a high-capacity aluminium oil cooler. It was even fitted with an engine heater that would preheat the oil.

Next to be changed was the transmission. Out came the standard automatic unit and in went a five-speed manual by the German transmission specialist, Getrag.

To be sure the car had sufficient stopping power, AP racing brakes with six-pot calipers and 13in vented discs were specified. For the suspension upgrades, the pair turned to Harvey Bailey, who has done much to improve Jaguar handling. Those modifications included front and rear antiroll bars, Koni shocks and an anti-scuttle shake body-stiffening kit. Finally, the rear axle was totally overhauled while a bespoke Hayward & Scott exhaust system was also keyed in. 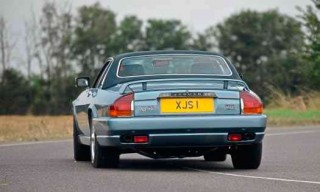 Despite the money spent and the many upgrades specified, the owner wanted the XJ-SC to look as standard as possible, and the body was returned to bare metal for a full respray in its original Arctic Blue. Although a TWR bodykit was fitted, it wouldn’t appear especially striking because many cars of the era had it, as well as the twin headlamp conversion.

What was unusual was making the interior work. The pair decided to use a Paul Banham Conversions dash that used individual round gauges (similar to those in an XJ6) rather than the XJ-S’ standard ‘tumbler’ dials. Upgrades to the car’s electrical system included the addition of more powerful wiper motors (the owner didn’t think the originals had the power to clear the screen at over 100mph) and larger window lift motors. Two years and some £60,000 later the car was finished. It was far from a pampered pet, though, since over the following few years the owner racked up more than 50,000 miles before selling it, in 2007.

The irony of spending so much money on the car is that you’d never guess it to look at. Other than a discreet, off-the-shelf TWR bodykit and Speed-line alloys, it could be just another XJ-SC.

The interior conversion is excellent. The new dash and dials look as though they have always been there, but where the interior differs from most other XJ-Ss of the same age is that it all works. Hit an electric window button and the glass drops with the urgency of a private giving his sergeant 20 – and as loudly.

With an engine this big, I feel the need to shout ‘Contact!’ when I twist the key, akin to pilots starting their Spitfires. But, alas, ignition is nothing more dramatic than a slight whirr as gallons of fuel are pumped into the injectors before 12 cylinders fire. Very different from what I am expecting (it’s not as deep as the six-litre V12 in an XJR-S), it has a higher note. With its remarkably light clutch and easy-to- engage gears, as I slowly trickle out of suburbia it’s remarkable how approachable the car is (I’ve driven lesser-powered machines that are scarier than this). And then I come to a quiet country road.

With nothing in front of me, I tentatively squeeze the throttle pedal. The subsequent acceleration is instantaneous, brutal and unceasing. The forces it generates are so violent, I grip the wheel in case I end up on the back seat. No performance figures have even been taken, but its performance feels similar to the XFR that I tested for the January 2018 edition. Like in the newer car, with its 0-60mph time of five seconds, the dramatic way in which the 7.4 V12 delivers its awesome firepower feels familiar.

Although the Getrag five-speed ’box isn’t particularly refined and the best changes are those taken slowly, it’s easy to see why it was chosen. Despite having a reputation for failure when fitted to the six-cylinder cars, here, it is more than capable of controlling all that power without covering the road with a million tiny pieces as it explodes. It greatly changes the car’s personality, with its ability to change down and call up the torque on demand in preparation for overtaking or a faster corner.

The ungraded brakes are equally slick. Strong and sharp, the 13in discs can scrub off speed as quickly as the V12 puts it on. They are a perfect match.

The ride is firmer than a standard car, but it hasn’t lost its Jaguar comfort. It still glides majestically over bumps in the road, as imperfections hardly reach the cabin. But it does feel tauter, more controlled–more nimble sports car than Grand Tourer, with the ability to take corners faster than its standard siblings as the fat 17in Pirelli P-Zeros find plenty of grip on the coarse asphalt. I need to be going at a fair speed before the tail starts to slide, but when it does, it’s slow, progressive and easy to control.

It’s not known if the lieutenant-colonel was pleased with the final result, but he should have been. While 7.4 litres might be too much for some, alongside the other modifications it is the perfect size for this formidable machine. 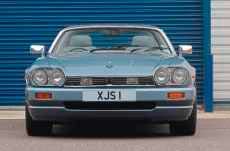 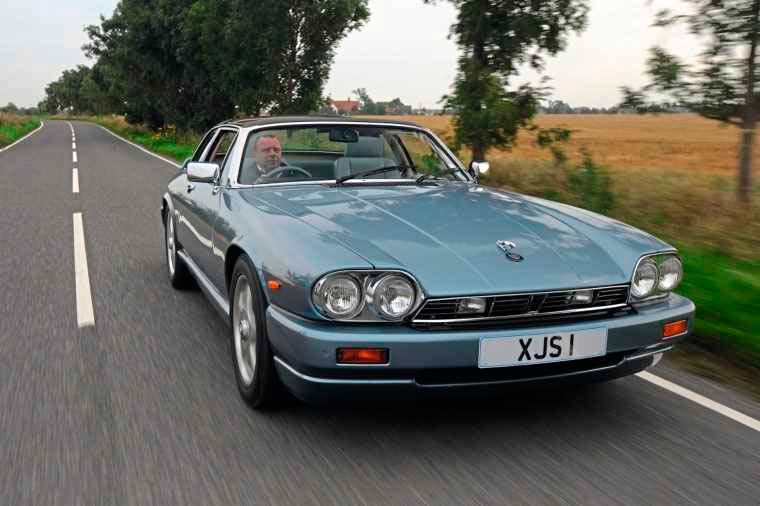 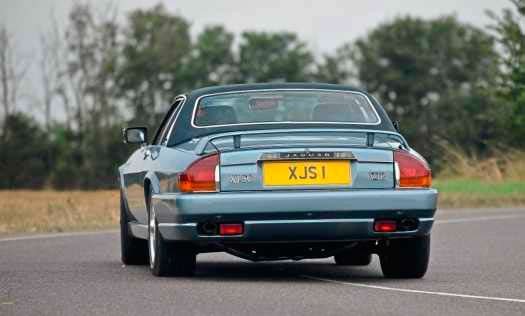 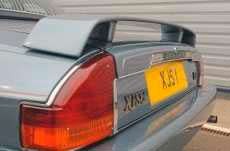 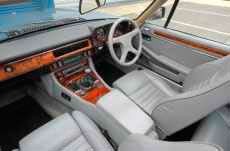 “With an engine this big, I feel the need to shout ‘Contact!’ when I twist the key“