When announced in the Series 3 E-type, Jaguar’s V12 engine was the first series-production version of its type. Sensuously smooth, deliciously powerful and uncannily silent, the world had never seen such a power unit before. That it lacked the planned-for petrol Injection mattered little – the press and public alike were bowled over. 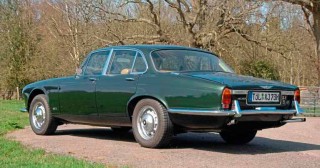 We’ve often been critical over Jaguar’s slow progress in certain areas, especially brakes, gearboxes and petrol injection (PI). But the situation isn’t always as simple as it first appears. Despite soldiering on with the three-synchromesh Moss gearbox until 1964, Jaguar did have an all-synchromesh gearbox, one developed for use in the D-type ten years previously. It just wasn’t a suitable unit for a road car. Similarly, disc brakes first pioneered on the C-type proved extremely efficient, and yet they were initially offered as an option-only on production cars.

Jaguar first began experimental work on petrol injection in 1956 using D-type XKD 504 for testing. Injection wasn’t new. In fact, the first application could be dated back to 1902 and it was in general use by the Twenties, particularly with commercial diesel engines. It was in the Fifties that car manufacturers took more interest, and Mercedes and Chevrolet were especially successful. Working with Lucas, a mechanical system(as opposed to electronic, a version tried by Alfa Romeo in the Forties) was applied by Jaguar to its XK engine. It proved sufficiently successful to be adopted on XKD 605, driven at the 1956 LeMans race by Mike Hawthorn and Ivor Bueb, with Jack Fairman and Ken Wharton in XKD 602, also injected.

Jaguar’s first race with petrol injection was also its last (at that time) as an official race team. Le Mans went badly for Jaguar as various problems, such as tyre issues, forced the D-types into retirement; there was also a misfire for Hawthorn, traced to a hairline crack in an injection pipe. The delay was too costly for a win, but Hawthorn scorched through from20th position to finish sixth, and in doing so set the fastest lap. Ecurie Ecosse saved the day with a win for Flockhart/Sanderson in XKD501.

The system was resurrected when Jaguar produced the lightweight E-type, virtually lifting the D-type engine. It was the 3.8-litre engine – as fitted to Peter Lindner’s car – that produced the highest period power of any XK engine, at 344bhp, in 1964. Nowat its peak, another power plant was needed if Jaguar wanted to achieve more power. And with a desire in certain quarters to return to racing, an alternative was needed.

AV12 option had been floating around since the early Fifties, but by the time the Lindner engine sat on the dynamometer, work on a prototypeV12 of around 5.0-litres was already advanced. This quad overhead camshaft engine would produce more than 500bhp using Lucas mechanical petrol injection and was destined for the one-off XJ13, a car that could have given Ford’s GT40 a run for its money had it been sanctioned to race. Versions with SU carburettors were built with a view to propel a new saloon car. Eventually, Jaguar refined and developed the V12 unit to a capacity of 5.3-litre, with a single overhead camshaft per bank.

While the early Lucas system worked well enough on race cars, it wasn’t suited to the cut and thrust of everyday life. Without a suitable fuelling system, Jaguar struggled to meet the proposed emission requirements signalled from certain US states – witness the forced use of small carburettors for the Series 2 E-type. In the meantime, AE Brico was in advanced design of an electronic petrol injection system, and it was this route that Jaguar followed for its proposed V12 passenger car engine. Brico was contracted to Rolls-Royce and had a system working on the Aston Martin DB6.

From the outset, the Jaguar V12 was designed to be petrol injected, and development engines produced impressive power. However, Brico pulled the plug as development was running away from it – but not before a few systems had been fitted to the DB6, which proved so troublesome that owners had them removed and replaced by carburettors. Jaguar, though, was in a difficult position, having a flagship engine without a means to fuel it. The ubiquitous Stromberg carburettor was called on, and, with four units strapped to the top of the engine, Jaguar was able to meet the emissions of the time, albeit with a loss of some 40bhp.

Launched to the world at large in the Series 3 E-type, fuelling methods really didn’t matter, because never before had an engine of this uncanny turbine-like smoothness been seen. It was rumoured that Mercedes bought an example for its engineers to study.

Smooth the engine might have been, and with bucket-loads of torque, but performance was little better than the non-emission six-cylinder E-type’s it had replaced; the refined engine had always been destined for Jaguar’s new XJ series saloon car.

Launched in 1968, it was initially powered by either 2.8- or 4.2-litre versions of the XK engine. Then, in 1972, the V12 engine gained its rightful place in what would (unsurprisingly) be called the XJ12. Unbelievably smooth, it was soon labelled the best car in the world. That all this was achieved by four paltry carburettors was of no interest to the motoring world. But it was to Jaguar.

Fortunately, Lucas took up the development mantle but its system was not ready for either the first series of XJ saloons or the early Series 2. Jaguar was still struggling with issues on the coupe version of the XJ, but after many abortive attempts at getting into the market, it was finally there in 1975, coinciding with the production-ready petrol-injection V12. Not only did fuel consumption improve, but also power went up by 32bhp. All subsequent V12 engines were petrol injected (including the new XJ-S) and, finally, the six-cylinder cars were blessed – the first from 1978 with the 4.2-litre Series 2 in North America, and then all Series 3 cars the following year; 3.4-litre cars remained on carburettors.

E-Type UK has been converting Series 3 E-types to petrol injection for some time, working with systems used on the XJ saloon or XJS. In conjunction with Emerald M3D, it has refined the system to use the Emerald ECU and coil packs and thus avoid the original – and often dodgy – Opus (soon coined ’opeless) amplifier. Choosing an EFI (electronic fuel injection) system from a post-HE car also avoids the Opus system, although it will still need reprogramming for the E-type/XJ flat cylinder head engine.

Earlier in the year, Marcus Holland of E-Type UK was approached by Achim Bürkin, from Germany, who had bought his Series 1 XJ12 from another German some 20 years ago. Already in fine fettle, it had been restored by the previous owner. Like him, Achim would lavish a great deal of care on this car, but he was seeking an improvement over the original Stromberg carburettors. Changing to SU would be a worthy upgrade, but the ultimate is petrol injection.

E-Type UK was quite happy to accept the commission, which, in principle, should have been a similar conversion to that of the E-type. It would be tighter, though, given that the E-type engine is housed in an engine frame and that the saloon is slotted into a conventional engine bay. Problems were few, with perhaps the most awkward being the fuel tanks. Injected cars have a fuel-return via scavenger, whereas cars with carburettors have a supply line only. The answer was to adapt later tanks.

Other issues related to crankshaft pickup sensors, but bracketry soon had that sorted. Emerald supplied its ECU, which was fitted into the well of the engine, along with the individual coil packs. What sounds like a relatively easy – almost routine – process, is probably outside the capabilities of most home enthusiasts. It is also wise to initiate a final set-up on a rolling road, of the type at Emerald.

On a crisp winter’s day, the Series 1 looks almost understated on its painted wheels with chrome hubcaps, but it certainly presents very well, its body looking superb. It is the same inside, some indications of use reflecting that this car is enjoyed. Only the replacement Moto-Lita steering wheel and sound system deviate from original. Achim was happy enough with the transmission, braking and suspension, so the standard items have been left alone. With any one of the 12 cylinders ready to fire, this engine is an immediate starter. Silky smooth, it settles to an almost surreal tickover, the rev-counter needle looking as if it were stuck, such was the absence of movement. Any Series 1 interior is a lovely place to be and, with an injected V12 at my command, it is even better.

Engaging drive, we ease down the long access road away from the workshop and are soon in quiet lanes passing the National Trust’s Knole House. There are potholes, but they are as nothing to this big Jaguar saloon. It rides over them with contempt.

As soon as the opportunity presents, I squeeze the throttle. There is a change of attitude as the injectors provide the cylinders with just the right amount of fuel for the job in hand: speed. A mere three ratios in the gearbox are meaningless when an injected V12 engine is in control. The conversion has gifted the engine with a subtle velvetiness that was missing from the original carburettors. Responsiveness is immediate, regardless of the situation. Any early injected V12 is good, but, in conjunction with a modern ECU and coil packs, the system elevates to a new level.

The roads are devoid of traffic; with clear skies and interesting scenery, I could drive all day long, experimenting with acceleration, gentle touring or flat-out hooligan acts. This system is a serious upgrade, accessing more than just the raw power of an already powerful engine. It rewards with refinement and benefits from improved economy. In short, other than the installation cost there isn’t a downside. Plus, it must be reassuring to know that this upgrade is something that Jaguar wanted from the very beginning. 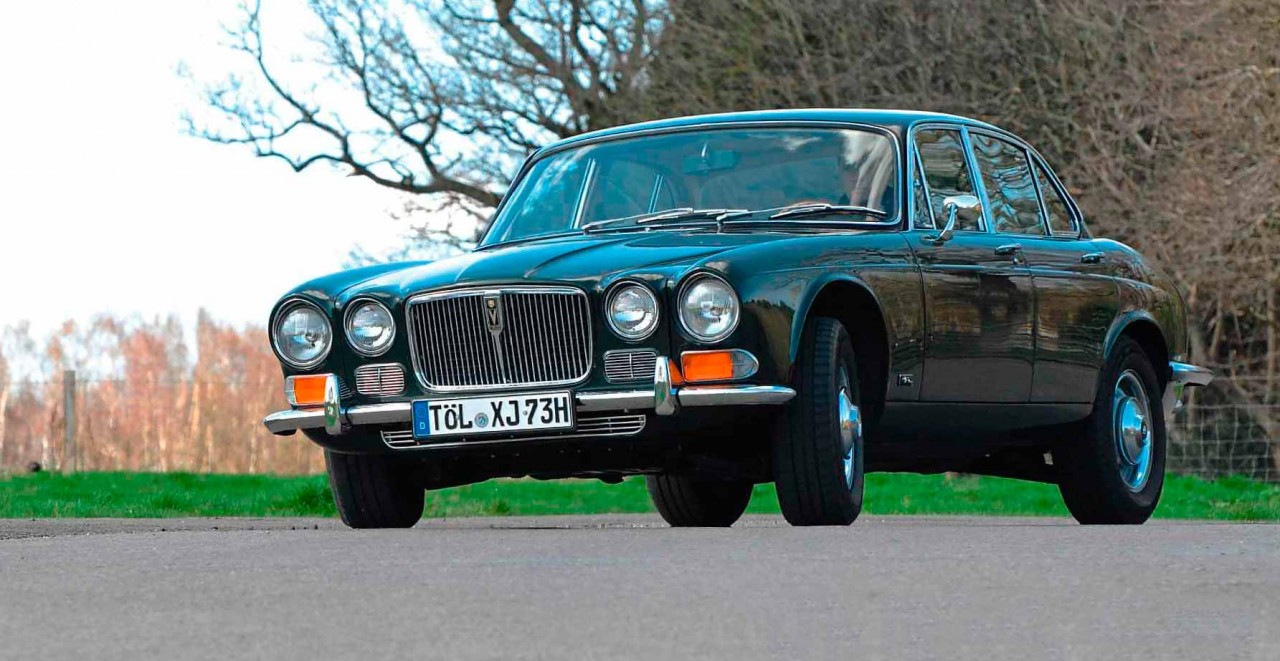 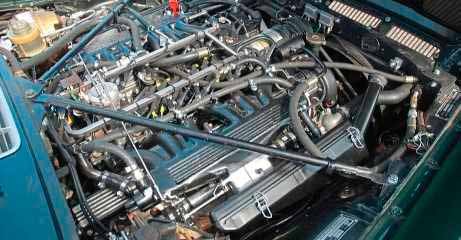 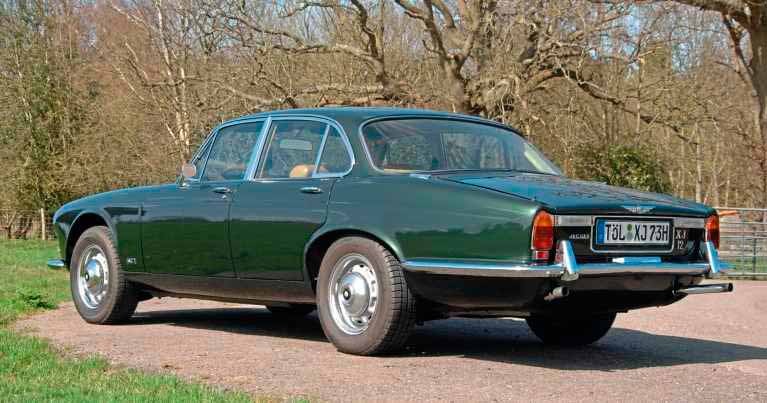 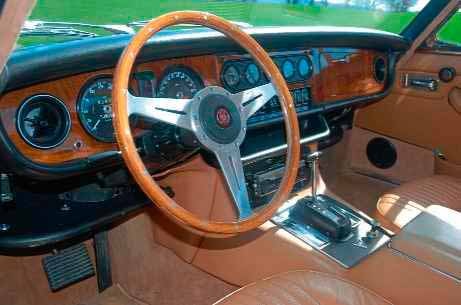 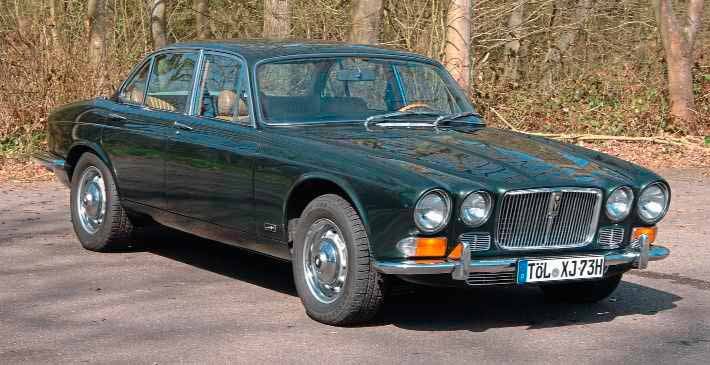 Only the steering wheel and sound system are additions to the untouched interior. Discreet grille badge hints towarda V12 engine. Later Lucas injection has been fitted to the original V12 engine. Modern coil packs, along with an Emerald ECU, maximise efficiency.