The engineers at Audi clearly learned a great deal from their colleagues in the Sant’Agata Lamborghini plant, but there was also a transfer of technology in the other direction. The Gallardo was powered by a 5.2-litre V10 engine and the availability of this unit opened up new possibilities for Audi.

Development began of a highperformance mid-engined sports car whose platform would be based very much on that of the Gallardo, but making use of the aluminium construction technologies which had been perfected during production of the A8 and the A2. 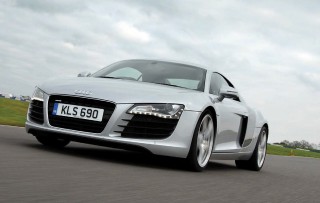 In September 2003, Audi showed what it called the Le Mans Concept at the Geneva and Frankfurt motor shows. This was, in fact, virtually the prototype of what would eventually be called the R8 and, in concept form, it was powered by a biturbo version of the Lamborghini V10 engine, developing 610 PS.

Following the public acclaim which greeted the concept, intensive development of the R8 began in 2004 and, in 2006, the production version of the R8 was revealed at the Paris show. Audi had invested E28 million in a special production line, set up in the quattro GmbH hall at Neckarsulm, with 250 employees.

The decision to call the new car the R8 has always caused some confusion as this was also the name given to the first of Audi’s very successful racing sportscars. The company clearly wanted to build on the success in motorsport.

The first production R8s were powered by the high-performance version of the 4.2-litre V8 engine which had initially been developed for the B7 series RS 4. This high-revving engine developed 414 PS, giving the R8 very good acceleration.

The intention, however, had always been to make use of the V10 engine as well and, in December 2008, Audi launched the R8 V10, the 5.2-litre engine developing 525 PS. Needless to say, the V10 was quicker than the V8, and the specification was improved with the use of LED headlamps and bigger brakes.

The Spyder version was launched in 2009 at the Frankfurt show. In terms of its dynamics, it was very similar to the coupé versions, although the bodyshell was reinforced to improve its rigidity. Various special R8s followed and, at the Detroit Show in 2008, Audi exhibited a version powered by its 6-litre V12 TDI engine. Although there was considerable interest in this dieselpowered R8, it never went into production. Another concept, with the same V12 TDI engine, called the R8 TDI Le Mans, was exhibited at the 2008 Geneva show, but this too failed to reach production.

More successful in terms of production was the R8 LMS which was designed to be suitable for the FIA GT3 European Championship. Powered by the V10 engine, this is the only R8 which has rear-wheel drive instead of quattro, because four-wheel drive is not permitted in this championship. The R8 LMS has become very successful in motorsport, with several teams throughout the world using them in various racing series.

A very small number of R8 GTs were built between 2010 and 2013. The power of the V10 engine was increased to 560 PS and the kerb weight was reduced considerably.

Perhaps the most interesting R8 was the R8 e-tron, another version which never reached production. Each of the rear wheels was driven by an electric motor and the space normally occupied by the engine was filled with a huge battery pack. Because electric motors can develop their maximum torque virtually from rest, the acceleration of this car was quite phenomenal. It proved, however, too expensive to put into production and, when I drove one at a special test track in Berlin, one of the engineers quietly whispered to me, as I set off, ‘Don’t forget that the car you are driving cost £1,000,000!’

Apart from its exciting styling and its performance, the R8 has always been notable for the relatively smooth ride which it gives to its occupants; the engineers at quattro GmbH have managed to achieve a very good balance between handling and comfort.

The R8 does, though, have its drawbacks. Luggage room is limited, more so than, for example, the Porsche 911, and rearward visibility is fairly restricted, one reason why so many are sold with a rear parking camera. Until recently, the R8 was available with two transmissions, an automatic which was virtually an electronically-controlled manual gearbox, and a straightforward manual unit, with the gearlever operating in a gate machined from solid aluminium. This was something of a gesture towards some other supercars and, although the gate meant that movement of the lever was well controlled, it also made it somewhat clunky. Recently, an S tronic automatic gearbox has been introduced and this is a great improvement on the earlier automatic.

The closest competitor for the R8 is another brand from within the Volkswagen empire, Porsche. The design of the 911 has been consistently developed over a great many years, whereas the R8 is relatively new.

Despite this, they are close rivals and, because they are now part of the same organisation, there is an inevitable transfer of engineering technology between the two. Because of its relatively recent introduction, the R8 is still a much rarer car than the 911 and, subsequently, attracts more attention.

I would expect the R8 to remain in production, in its present form, for a very long time. I am making the assumption that those responsible for marketing at Audi will be aware of how much the success of the Porsche 911 is dependent on its longevity, and I would trust that the same will apply to the R8. There will no doubt be detailed improvements, but I hope that the unique styling of the R8 will last for many years to come. 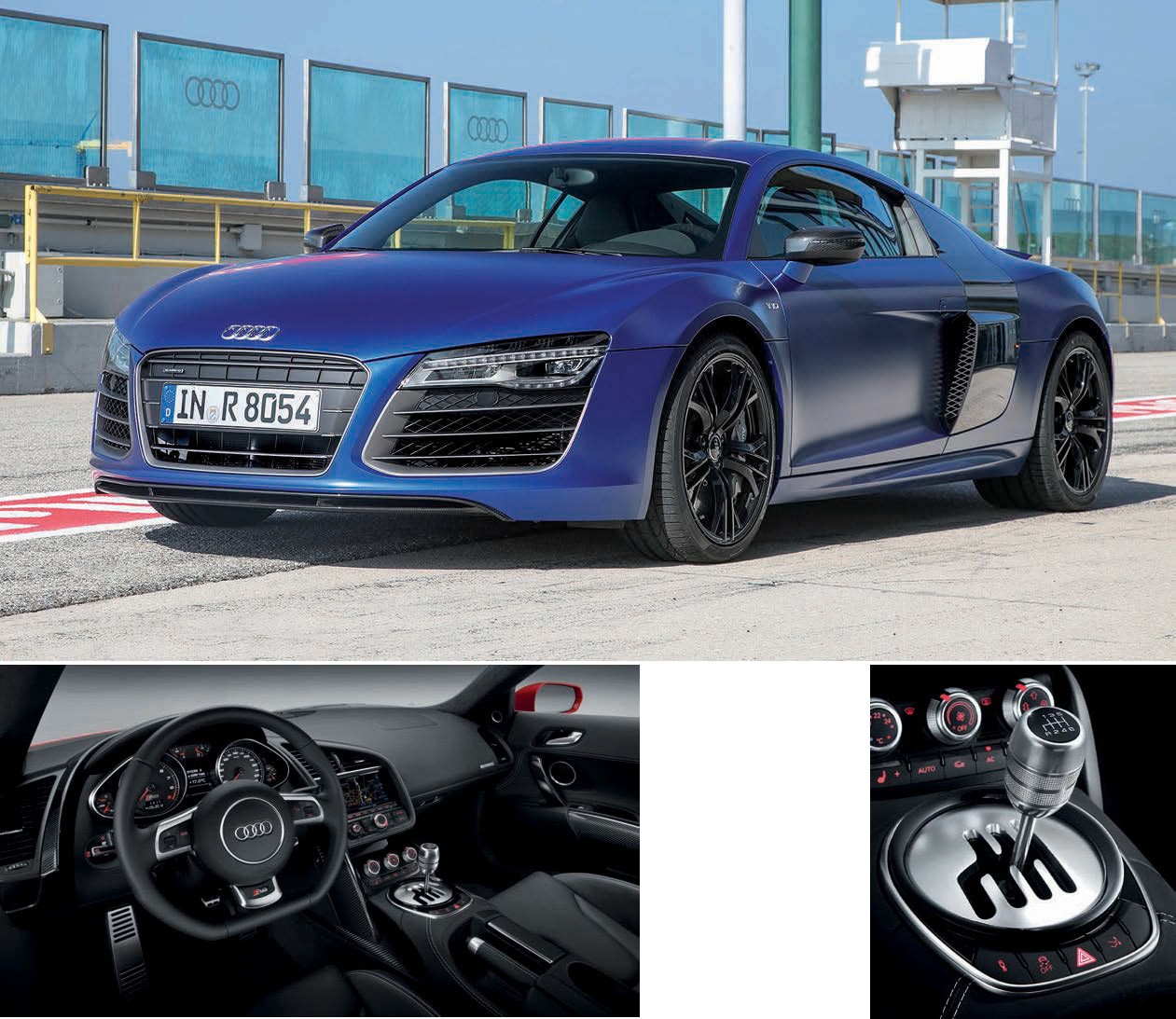 Top left: The cockpit of the R8. Top right: The controversial gearchange gate. Below: R8 V10 Plus.

Above: The R8 LMS with its huge rear spoiler, has become a very successful GT racer. Far left: The ceramic discs on the R8 LMS. Left: R8 LMS dashboard. Bottom: Both rear wheels on the R8 e-tron were driven by an electric motor, giving it tremendous acceleration. Below: The Huge lithium ion battery of the R8 e-tron. 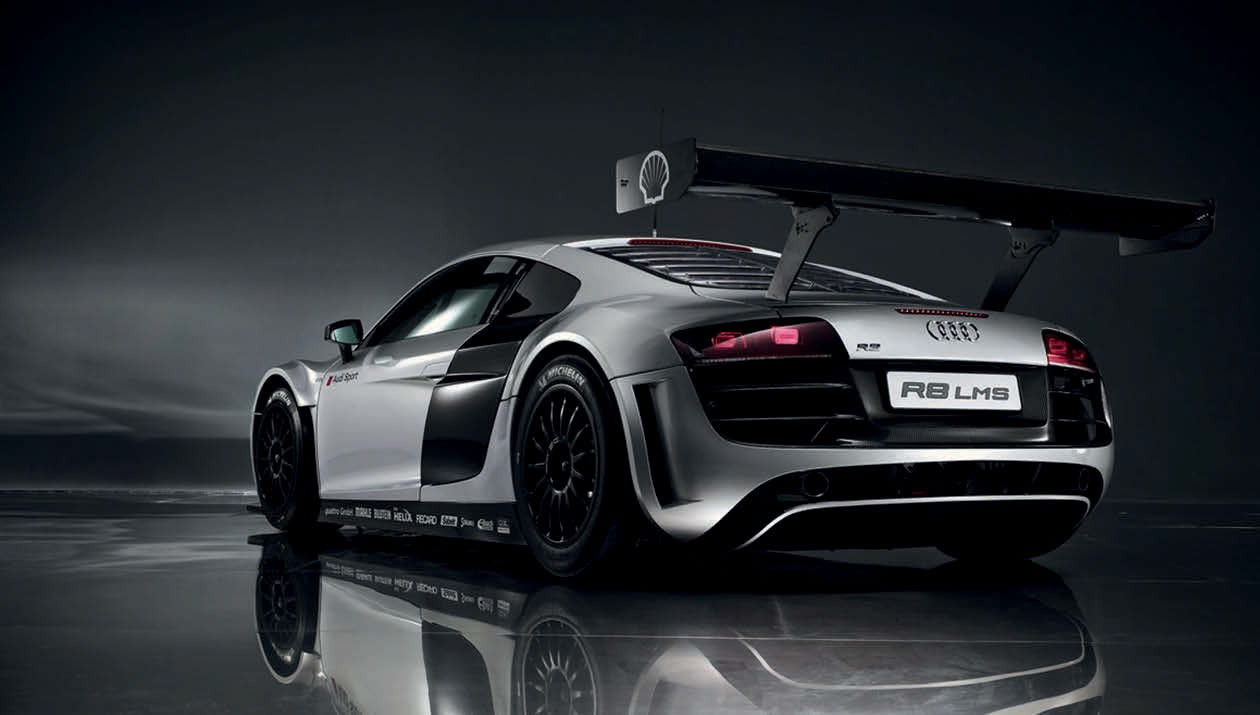 Below left: The original Le Mans concept received much acclaim, and went into development, as the R8, in 2004. 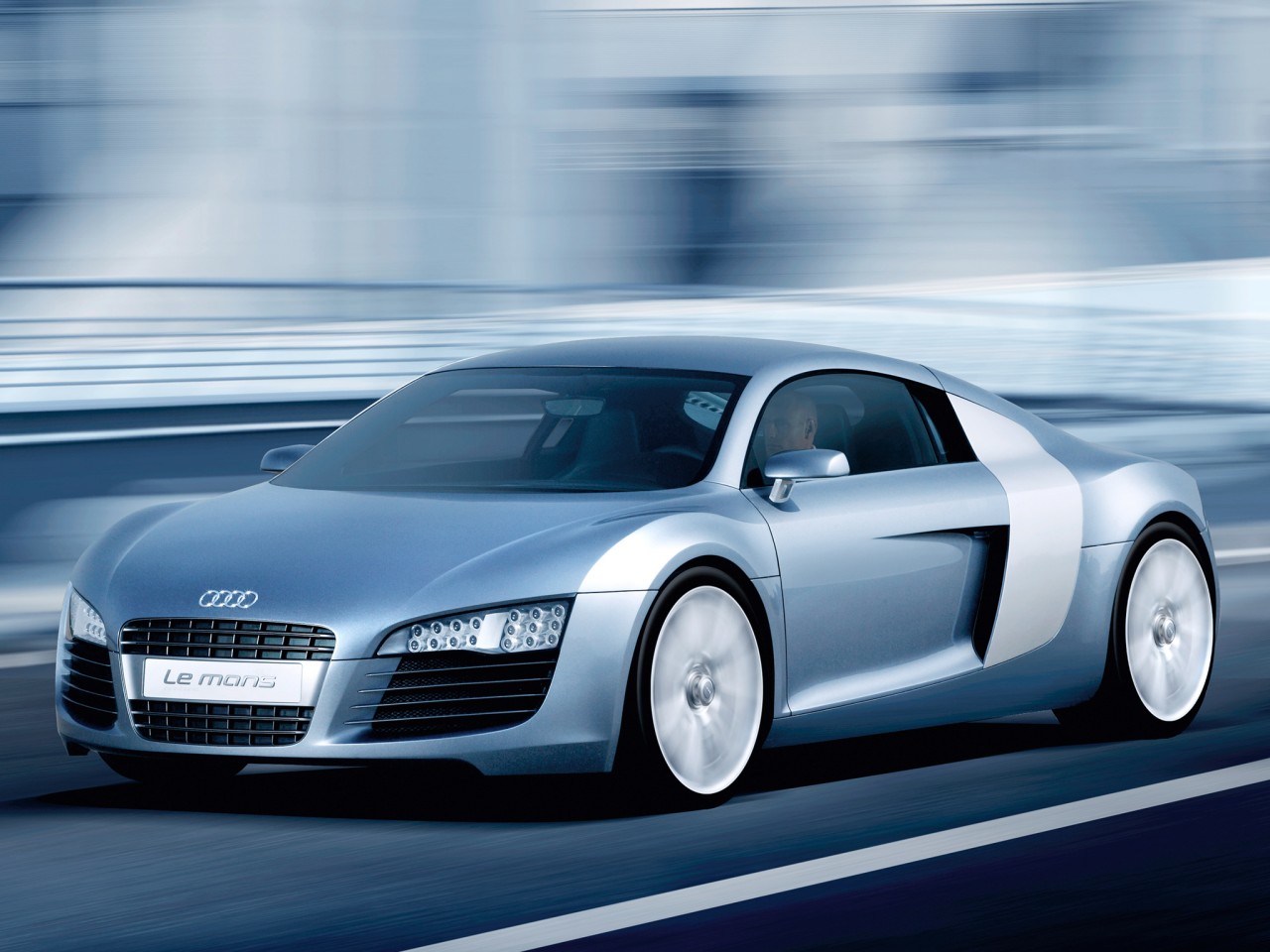