Thanks to its controversial Chris Bangle ‘flame surfacing’ contours, the Z4 always looked ahead of its time – and a lot more modern than its Porsche Boxster rival. Built in BMW’s Spartanburg, USA, plant, the Z4 was launched in Europe in 2002 and arrived here a year later.

Being aimed squarely at the higher end of the open-top market, there were just two engine options at launch: the M54 straight-six in 2.5- and 3.0-litre forms. These were mated to a five- and six-speed manual gearbox respectively, although a Steptronic automatic was optional. The firm’s sequential manual (SMG) system was also offered from launch in the UK, but was a rare option. A 2.2i joined the line-up in 2003, featuring a 170bhp six-cylinder engine from the 320i and 520i. Sadly, it was replaced by a somewhat flaccid 150bhp four-cylinder 2.0i unit in May 2005. 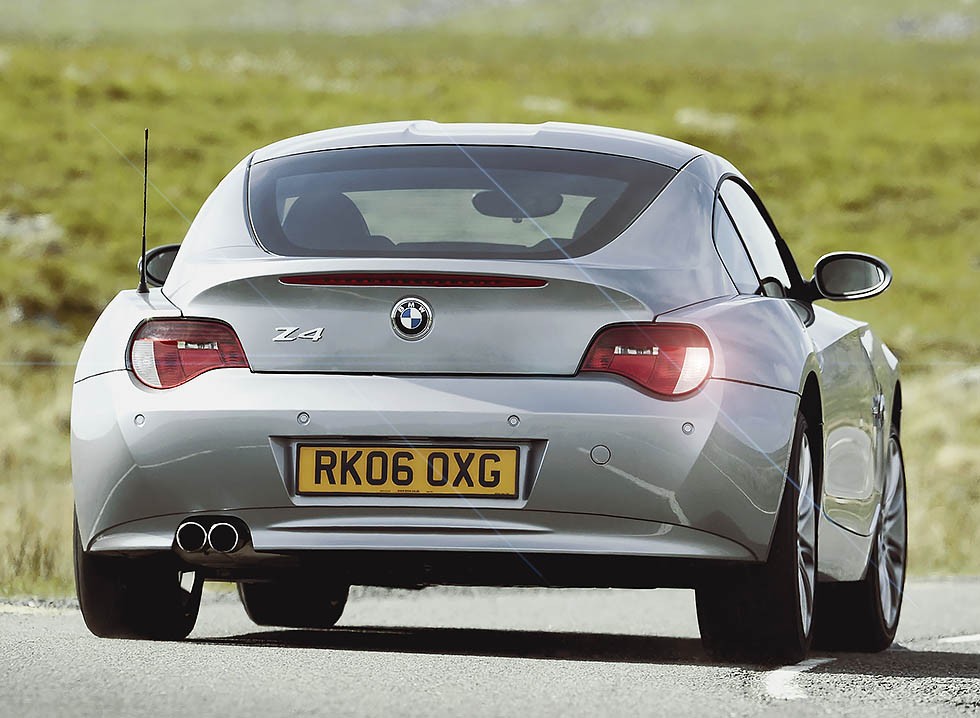 Having cost £31,480 for the 3.0-litre at launch, you can now pick up the same car for as little as £4000. That said, shrewd buyers will need to be aware of some mechanical glitches and also be willing to shop around for parts. Prices quoted here are for a 2003 2.5-litre model.

The Z4’s M54 engine, lifted from the E46 3-Series, is reliable enough, although the 3.0-litre has a tendency to consume oil – up to one litre per 1000 miles is not unheard of and the engine drinks more when used for short trips where the engine doesn’t warm up properly. A clogged crankcase breather valve or hose on the underside of the manifold will make consumption higher. It’s an easy and relatively inexpensive fix, but you’ll need to remove the manifold.

A common issue that affects the M54 concerns the variable intake manifold (DISA). The single plastic flap and its steel pin workings can fail, allowing it to drop into the engine. You’ll notice a lack of top-end power or low-end torque, depending on the position in which it has failed, and possibly a rattle from the manifold itself and valve gear damage if it makes it into the engine itself. A service indicator will tell you when to make the necessary oil and filter changes, however sticking to an 8000- mile regime is advisable. Make sure the correct specification 5w30 oil is used – although on cars that drink more than most, a thicker 10w40 is preferable.

Head gasket failure is normally caused by problems with the cooling system, such as a duff radiator or broken plastic water pump impeller. If you end up having to replace the gasket and intend keeping the car, it’s worth fitting a new radiator, water pump, header tank and drivebelt at the same time.

The six-speed transmission can feel somewhat notchy when compared to the five-speed, but otherwise problems should be few and far between. Ditto the auto and SMG set-up.

As the Z4 gets older, it is likely to suffer a number of electrical issues, specifically problems with the camshaft position sensor, with symptoms being a flat spot or hesitation while accelerating. Coil pack and MAF failures are also a common occurrence.

The roof on the Z4 with its glass rear window is able to go from fully open to fully closed in just 10 seconds and was billed as the fastest folding lid at launch. That said, they can prove troublesome with age as the various microswitches and interlocks develop problems. If the hood fails to operate at all, suspect a dead motor. It’s prone to beingwater damaged if the drain tubes which exit via the wheelarches get blocked. Secondhand ones cost £200 from FAB Recycling. Central locking can be problematic, with the most likely culprit being the transponder unit in the key or theGM5 module, the latter is £435.88 new from a main dealer or £75 secondhand.

Brake issues are rare on the Z4 beyond the occasional ABS sensor problem or, in the worst case scenario, a failed ABS ECU, which is built into the ABS block. If you manage to find a secondhand unit (from £250), bear in mind it may need recoding. With Euro Car Parts selling Pagid front brake pads for as little as £24.42 a set, you can’t go wrong.

Most components here are taken from the E46 3-Series, so any problems are well documented, notablyworn front lower wishbone bushes, duff anti-roll bar droplinks,worn balljoints, leaky dampers and iffy rear trailing arm outer bushes. Top mounts can also let go on high milers. Suspension springs have been known to snap, especially at the rear, so if a car’s sitting down on one side at the back this could be why.

Early cars made prior to 2004 have been known to suffer problems with the electric power steering, which can become stiff around the central position when the car gets hot. A replacement rack is the official remedy, although lubrication in the correct places on the column will help.

If a Z4 smells musty inside, suspect damp carpets due to water ingress via the doorcards. Usually this happens if the membrane has been disturbed. Water in the boot is most likely due to water getting in via the rear light lenses. TheZ4was designed to use runflat tyres, so there’s nowhere to keep a spare. Runflat technology has moved on considerably since its introduction, so they are nowhere near as noisy or unpredictable as they once were – or as expensive. If you do want to make the swap to standard tyres, a can of foam sealant and an inflator will have to be your spare.

Six-cylinder Z4s tend to consume oil, so keep a close eye on the levels. It’s wise to replace the crankcase breather If it hasn’t been changed already, because consumption will increase dramatically when it clogs. Using a thicker 10w40 oil may help curb its drinking habit.

Approved for production in 2005, the potent M coupé borrowed the E46 M3’s 3.2-litre 343bhp straight-six, as well as components from its brakes and suspension. The M’s limited slip differential completed the package. Vanos units are more reliable than in the M3, with problems mainly limited to electronic failures such as ignition coils and throttle position sensors. Ride is firm, but at least the conventional hydraulic set-up offers better feel and reliability than the Z4’s electro-hydraulic affair. Brakes are taken from the M3 CSL, using 348mm front and 328mm rear compound discs.