When it comes to building a project car, there are a number of different approaches you can take. And we’re not talking about the style, or the agonising over whether to run static or on air, or the endless toing-and-froing over wheel choices; no, it’s the actual physical logistics, that’s what we’re getting at.

Some people choose to modify their daily driver on an as-and-when basis, pulling it apart on weekends and keeping a close eye on the clock in order to ensure it’s ready to get back into the commute on Monday morning. Others have a dedicated show car, locked away in the garage while the daily receives more and more mods almost by osmosis until the everyday car becomes the new show car and a day-today replacement is sourced, and so on into infinity. Naturally, there are endless variations on this theme and countless points on the spectrum. What a lot of people do is to focus largely on one build, picking up a secondary project to keep their hands busy until the main motor is ready to rock, and that’s essentially what Ben Anderson’s done here. His E46 project build is shaping up to be something pretty spectacular, and while that’s off the road he decided to get himself a retro cruiser in the interim… although, given that he’s a lifelong BMW fan with a keen eye for the offbeat, his temporary plaything is far from ordinary and is a fully-fledged feature car in its own right. Yep, the magnificent E28 you see here laid out on the waterfront isn’t even his main build. 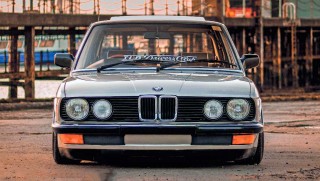 “If I’m being totally honest, the decision to buy it was a bit of an impulse,” he admits with a sheepish grin. “With the E46 off the road getting worked on, I immediately got bored with not having a car that I really enjoyed driving! I found this one on eBay, down south in Essex; it was in very good condition, which is the main reason for my wanting to buy it. There were just a few things that needed sorting, and this was perfect for what I wanted it for as I didn’t want to have two full-blown projects ongoing at the same time. The main thing I had in mind was to tidy up the paintwork a bit and make sure I kept it immaculate and in pristine condition, as it really wanted for very little.”

This is a far cry from the usual method of picking up a cheapo ride for a few hundred quid and making do until the main event. Given that he lives in Edinburgh, it was no small undertaking to road-trip the thing home. So to get under the skin of the logic behind all this, it’s best to dig back into Ben’s past and see just where all of this started from. “I’ve always been into BMWs, mainly due to my dad’s influence as he has had many of them over the years,” he explains. “I remember a couple of E28s, as well as E30s, E46 M3s, and an E91. This all rubbed off on me growing up, and I’ve always loved the older shapes. One of my dream cars is an E38 750iL, although nowadays finding one of these is like trying to find a needle in a haystack, and that’s before you even look for a clean example!” 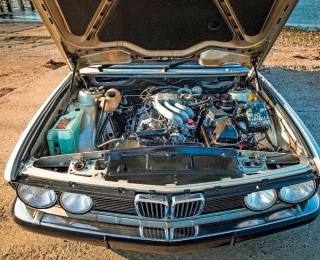 It’s fair to say Ben knows his Bavarian onions then, and rather impressively his own first BMW was a 2001 330i Touring at the age of 19. In fact, that E46 is the same one that he’s building into something special today, five years on. It actually started off as his dad’s car (but of course), which Ben’s sister had been using for a year or so. “However, she moved to Canada and my dad got the car back,” he recalls. “As he already owned two cars, he told me he was going to sell it – but I couldn’t let that happen, so I offered him the runabout I’d bought (a 56-plate Ford Focus) and some cash on top. He took the offer and I was a very happy 19-year-old, put it that way!”

Ben certainly didn’t waste any time getting stuck in, and the 330i now runs Air Lift suspension and is currently undergoing surgery to weld up the rear doors in preparation for the arrival of a Pandem wide-body kit. It certainly sounds fascinating and we can’t wait to see how it turns out… but while all this is going on, it’s no exaggeration to say that Ben’s been a little distracted by this E28. It’s obvious why the car appealed in the first place; aside from the fact that these old sharknose four-doors are an increasingly sought-after design classic, the act of finding a totally straight and clean example that you can simply jump into for reliable entertainment is an increasingly rare one these days. The fact that this example came pre-modded by the previous owner and ready to enjoy was the icing on the cake and this straight-as-an- arrow example, resplendent in its OE Bronze Beige metallic paint, demonstrates remarkable originality with just a sprinkling of optimisations here and there.

The 520i still features its original M20B20 2.0-litre straight-six, and now wears a full M535i exhaust system with the centre box deleted to help it find its voice a bit more enthusiastically

The 520i still features its original M20B20 2.0-litre straight-six, and now wears a full M535i exhaust system with the centre box deleted to help it find its voice a bit more enthusiastically. The original auto ’box has also been swapped out for a manual, but aside from that, the oily bits are all as BMW intended. The really seismic alterations are in the area of altitude and attitude. 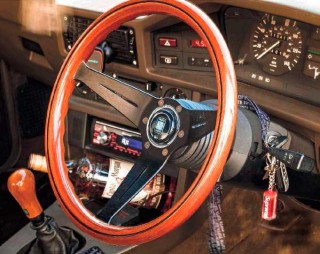 “I love the air-ride setup, it’s my favourite part of the car,” Ben smiles. “It’s running a bag-over-coilover setup with AutoPilot V2 management; this is the second car I’ve owned with air suspension and honestly I’m not sure I’d go back to coilers unless it’s on a cheap car, a track car, or I simply get the urge to scrape subframe everywhere!”

And as the prophets foretold, with great stance comes great responsibility (or something to that effect); bagging a car is a surefire way to radically alter its character, but it can look a bit odd if you do it over the stock wheels. Thankfully, this E28 came as-bought with some pretty fabulous rollers packing out its newly tarmac-adjacent arches – a set of Rondell Style 67s, period-perfect in their five-spoke splendour and artfully contemporised with polished lips and fresh hardware, rocking a square setup of 8.5×17” all-round. “I really like the wheels that came with the car and that’s why I haven’t changed them yet,” he reasons, and we can totally get on board with that line of thinking. “Although I have got a set of 16” RH Toplines, as well as some 17” BBS RCs… I was planning on putting on the BBSs, however I have recently decided I want a set of BMW Style 21 ‘throwing stars’ instead – therefore I need to sell a set of wheels before buying them.” It’s undeniable that the throwing stars would look properly cool, although this particular wheel plan is kind of mirrored by the acquisition of the E28 in the first place: Ben’s idea of making-do operates on a slightly higher level than most people’s.

Looking at the interior, it’s once again a case of less-is-more to achieve the simple and effective feel that Ben was craving with this car. The fundamental design is archetypal old-school BMW – light and airy thanks to the low beltline and slender pillars, with the centre console angled toward the driver to really reinforce that ingrained ‘ultimate driving machine’ ethos. Ben’s opted to augment this 1980s simplicity with a wooden Nardi Torino steering wheel and matching gear knob: “This was just to keep it looking period correct, while also adding a tasteful and classy touch to the interior,” he says. 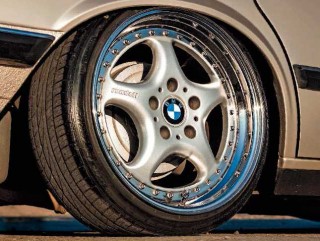 “Personally I wouldn’t change anything else inside the car as I love the ’80s styling. Although with that being said, it does now have an aftermarket stereo – this was purely for the convenience of being able to listen to my choice of music!”

All of which feeds into the very purpose of buying the car in the first place: it’s the down-to-earth distraction while the outlandish E46 is in-build. So, any plans beyond those throwing stars? “No, the car’s at the point where I think it’s near-perfect,” he ponders. “There’s a couple of small things I’ll maybe do but nothing major, as my main focus will move to the E46 once it’s finished in the coming months. Possibly I’ll trailer the E28 to shows using the E46 as the tow car, although I am toying with the idea of selling the E28 in the next couple of months for someone else to appreciate over the nicer weather as I’ll have my E46 back by then,” he muses.

If you fancy a sweet E28 that’s ready to go, we suggest you find Ben on Insta as @andersxn_ and slide into his DMs. Of course, he might well decide he wants to hang onto his E28 because the only thing better than one show car is multiple show cars. It all goes to show that even buying a seemingly inconsequential stopgap motor needn’t condemn you to pootling about in something dull while you wait for better things to appear over the horizon. Life, after all, is too short to drive boring cars. 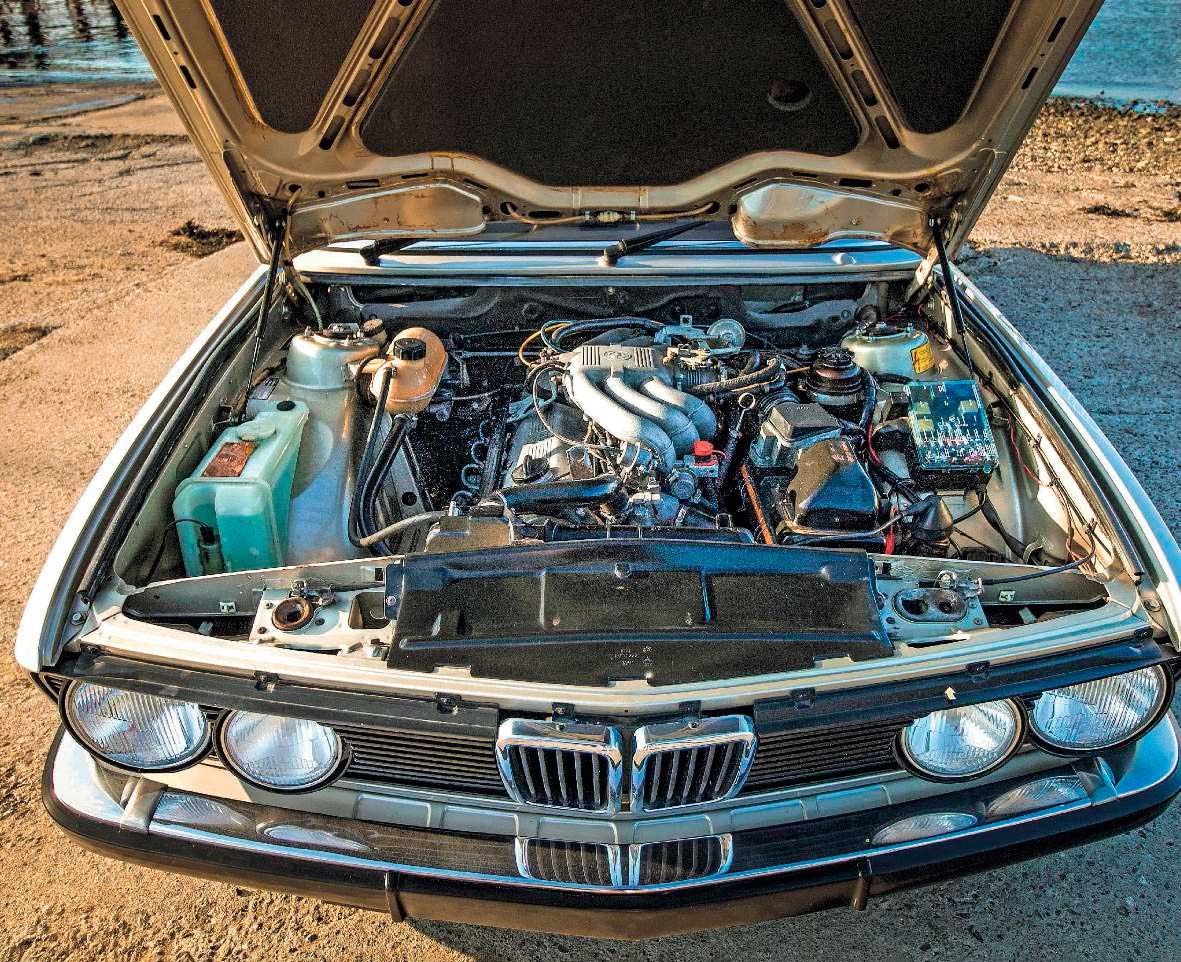 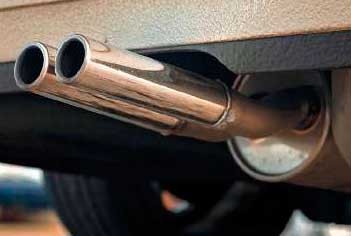 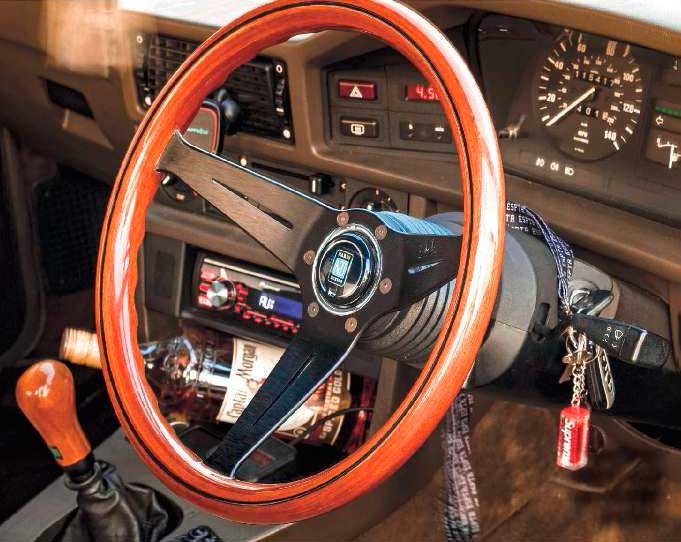 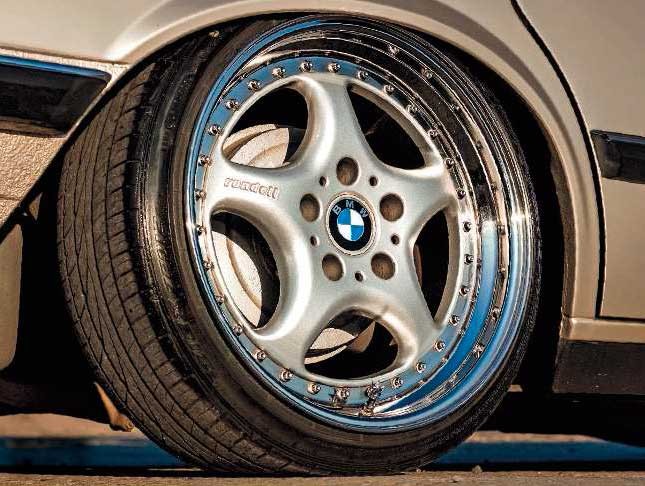 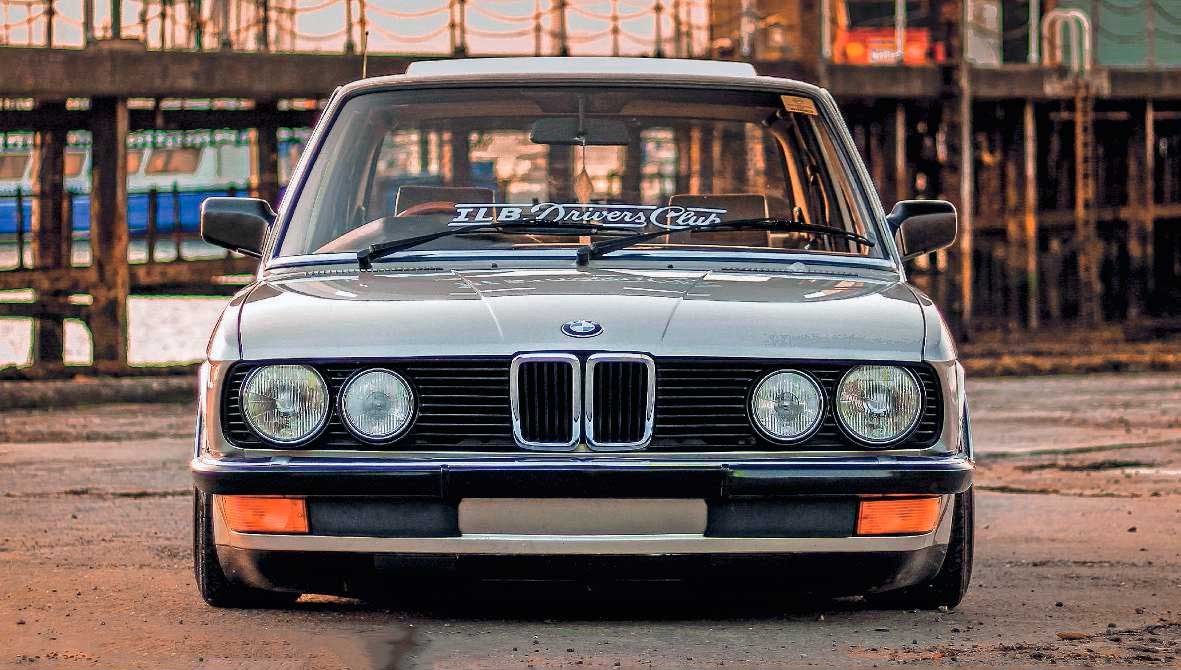 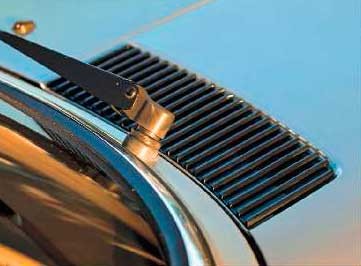 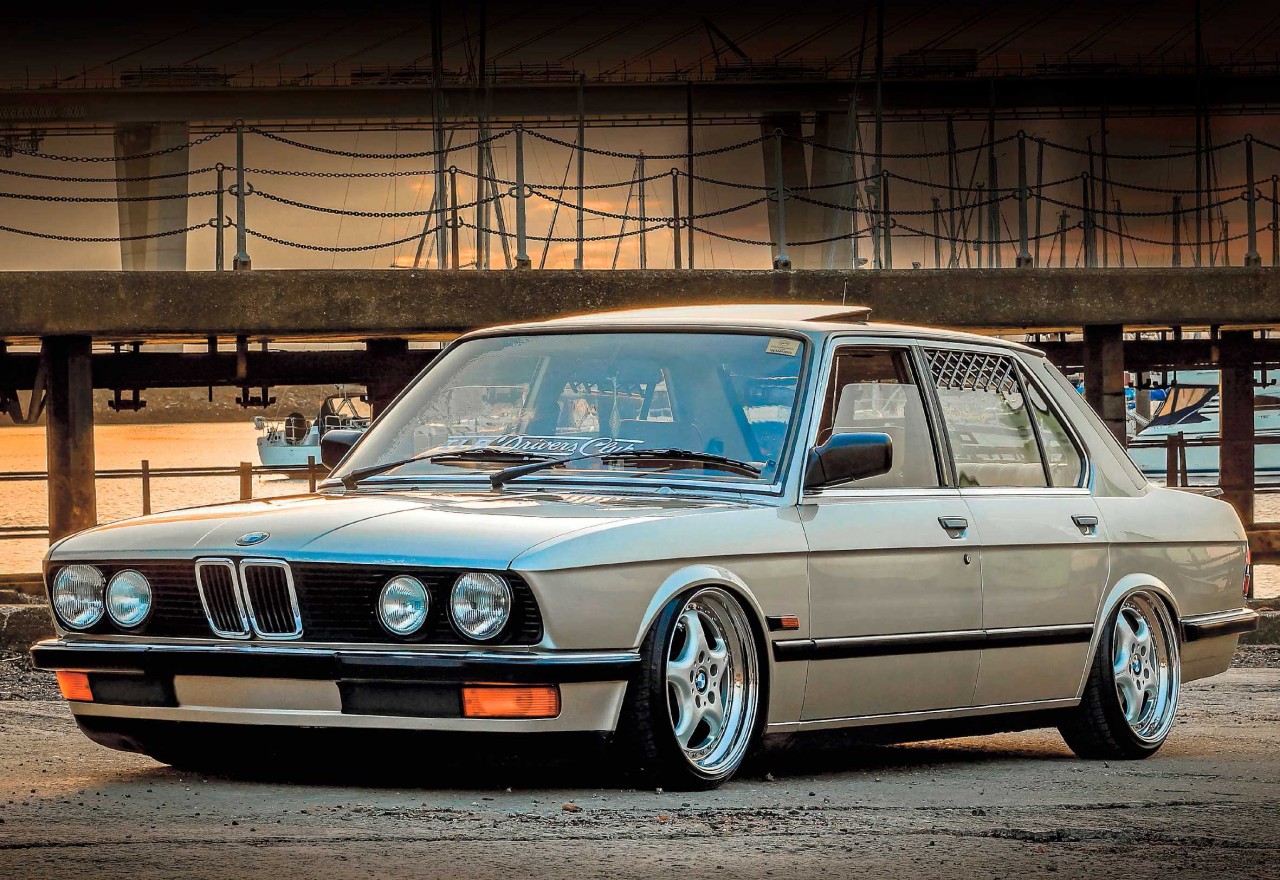