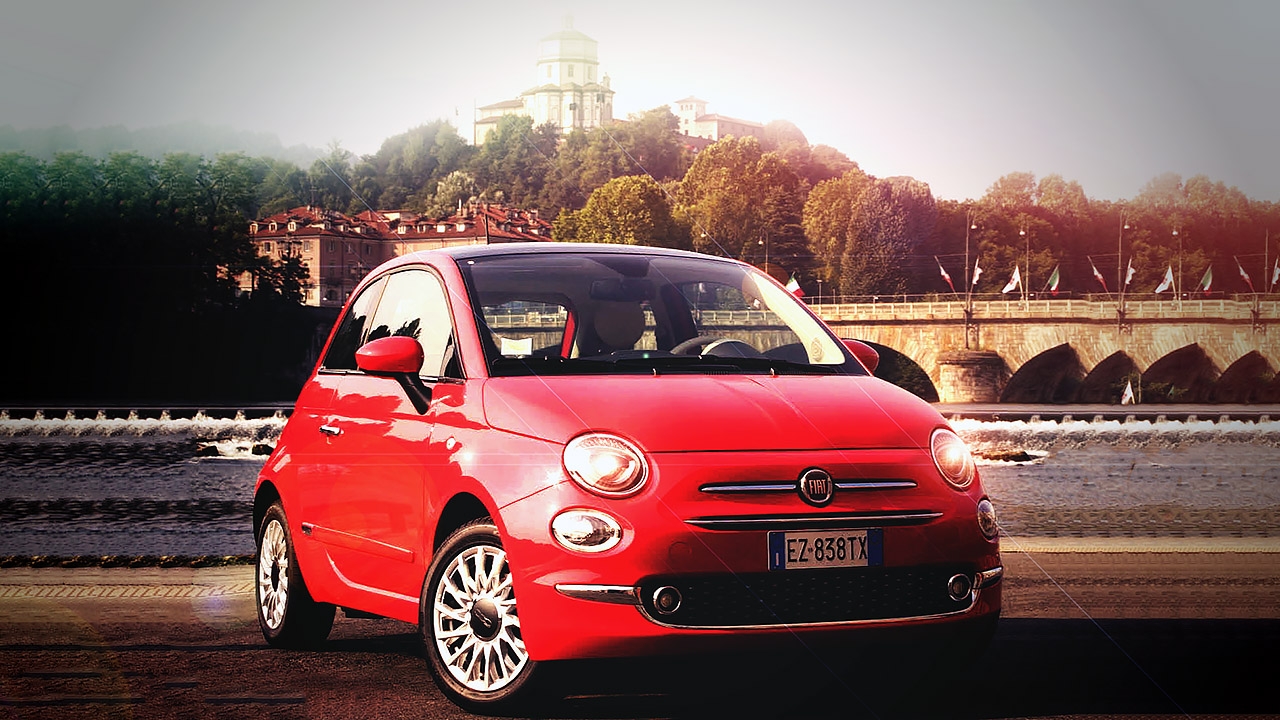 New Fiat 500 Making the great even greater. It’s spot-the-difference time for Fiat’s facelifted 500. Just how much has the refreshed best-seller improved? Story by Chris Rees. Photography by Phil Ward.

When is a new car not a new car? Answer: when it’s a facelift. ‘New’ is a word that every manufacturer applies to its cars, regardless of whether they are actually new or not. If it’s genuinely a new model, it’s called ‘all-new’. If it’s not, it’s called ‘new’. From this we may deduce that the ‘new’ Fiat 500 is actually a mid-term facelift. There was some amusement when some journalist colleagues arrived at the world première of the ‘New 500’ at Lingotto in Turin, presuming that, eight years into its life, the 500 would have ripened into ‘all-new’ status. Cue faces of disappointment. But that’s unfair: no car is quite like the 500, and its iconic shape simply doesn’t need an evolutionary shift. If the 500 were a plant, it would be one of those hardy perennials: basically the same, year in, year out. 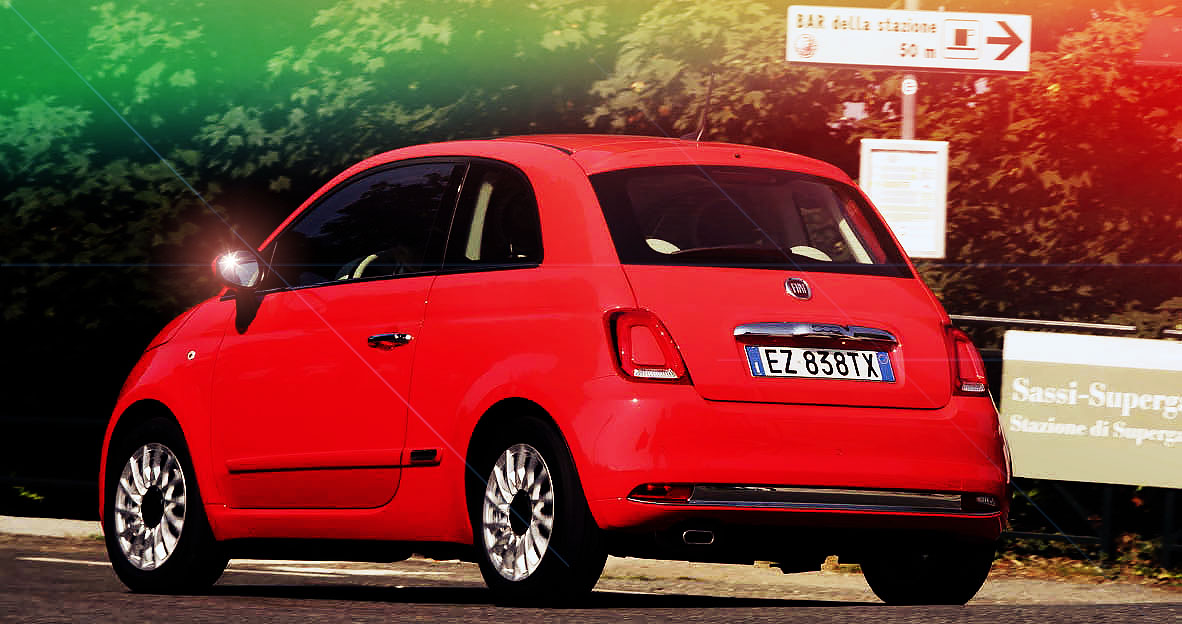 Fiat reckons there are 1900 changes in the ‘new’ 500, all of them apparently ‘innovative’ and ‘substantial’. I’d hardly use those words myself: essentially you can sum up almost all the changes in just three couplets: new lights, new bumpers, new instruments. Oh, and a new glovebox lid.

But hey, why should you change anything with such a successful record as the 500’s? Since 2007, over 1.5 million have been sold worldwide. The 500 regularly appears in the Top 10 sales charts of many countries, including the UK, and buyers are showing no signs of waning interest. Undoubtedly Fiat has been wise not to mess with a Good Thing.

The 500’s dimensions (357cm long, 163cm wide, 149cm tall) are exactly the same. Its unique retrolook outline hasn’t changed one iota, either. Every metal panel, from the wings to the doors to the bonnet, is exactly the same. But the new 500 does look a little different, courtesy of a nip-and-tuck by Centro Stile Fiat.

Both the 500 hatchback and 500C convertible get the same styling update, which Fiat calls ‘sensitively refreshed.’ Let’s start at the front. New front headlights and LED daytime running lights are the most obvious change. The headlights are more ovoid in shape, with more of a slant to them; they house the dipped-beam headlamps and indicators. New lower light clusters house the main beam and LEDs. Apparently the front lights recall the zeros of the ‘500’ logo. More controversial, perhaps, is the pronounced new ribbing and extra chrome ‘whiskers’ between the lights, which makes the front end look as trifle fussy, I think. Same comment applies to the new lower grille, which has a ‘three-dimensional’ effect and is flanked by random bits of chrome. Much happier is the rear end, which gains new ‘empty’ light clusters, which means they’re shaped like a square polo with a body-coloured hole in the middle showing through. According to Fiat, it’s like an ‘illuminated tattoo.’ The rear foglight and reversing light are also relocated to the edges of a freshly reshaped bumper. 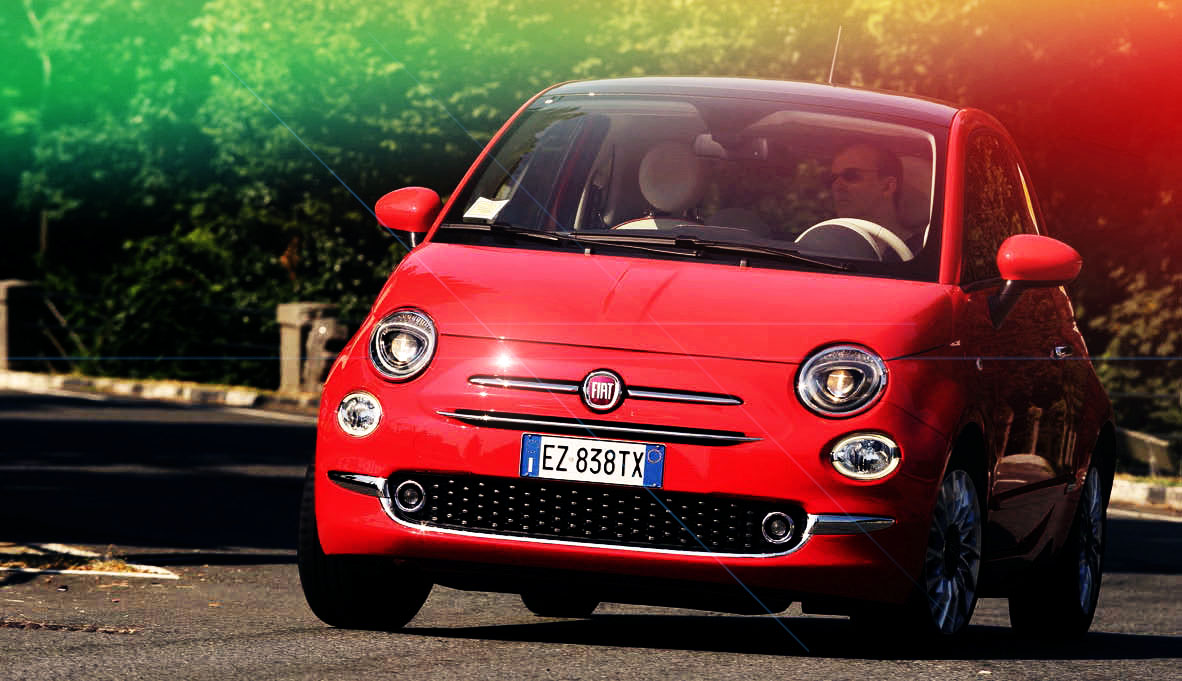 Perhaps the most satisfying changes occur inside. The dashboard now integrates Uconnect infotainment across the range. This sits in the middle of the dashboard and is much easier to read, and to use. A new steering wheel features new remote control buttons with chrome-plated edging. A five-inch touchscreen is fitted on Lounge models, with rather more multimedia operations (including voice recognition). The UK may (or may not) get an appbased system that allows you to use apps like TuneIn internet radio, Deezer, Reuters, Facebook and Twitter. The main instrument cluster is kept unchanged, which means analogue dials for speed and engine revs and digital secondary gauges. A rather fabulous seveninch TFT display is optional on the Lounge version, giving you a speedo, odometer and trip computer plus a central section sporting an image of the car that shows distance travelled, fuel consumption, range, trip time and so on. On the TwinAir 105hp, the dash also changes when the Sport button is pressed. The front seats have a slightly more ergonomic shape. There’s a new lidded glovebox, a revised centre console with new cupholders and a relocated 12V power socket. New push-down-pull-up electric window switches are new too.

There will also be a new 99g/km ‘Eco’ version of the 1.2 engine, with a different alternator, aerodynamic pack and low rolling resistance tyres. However, whether the UK will get this is not confirmed; nor is the 1.3 Multijet II 95hp diesel. Sadly the 1.4 petrol engine remains unavailable in the Fiat 500 (only the Abarth 500, which isn’t facelifted just yet – see separate panel).

On-paper figures might draw you to the TwinAir, but don’t discount the 1.2 four-cylinder. It’s much the smoother unit, is cheaper to buy and will almost certainly be more economical in practice. It doesn’t have a lot of punch, but for around-town duties, it’s perfectly adequate. If you want to have fun, the TwinAir 105 is the one to have.

As for transmission, five- and six-speed manual gearboxes or a Dualogic robotised manual remain, although Dualogic now gets shift paddles, too.

As before, there are three trim levels: Pop (1.2 only), Pop Star (1.2 and TwinAir 85) and Lounge (all engines). Every trim level gets LED daytime running lights, seven airbags and Fiat’s Uconnect infotainment system with six speakers, Aux/USB ports and steering wheel remote controls. 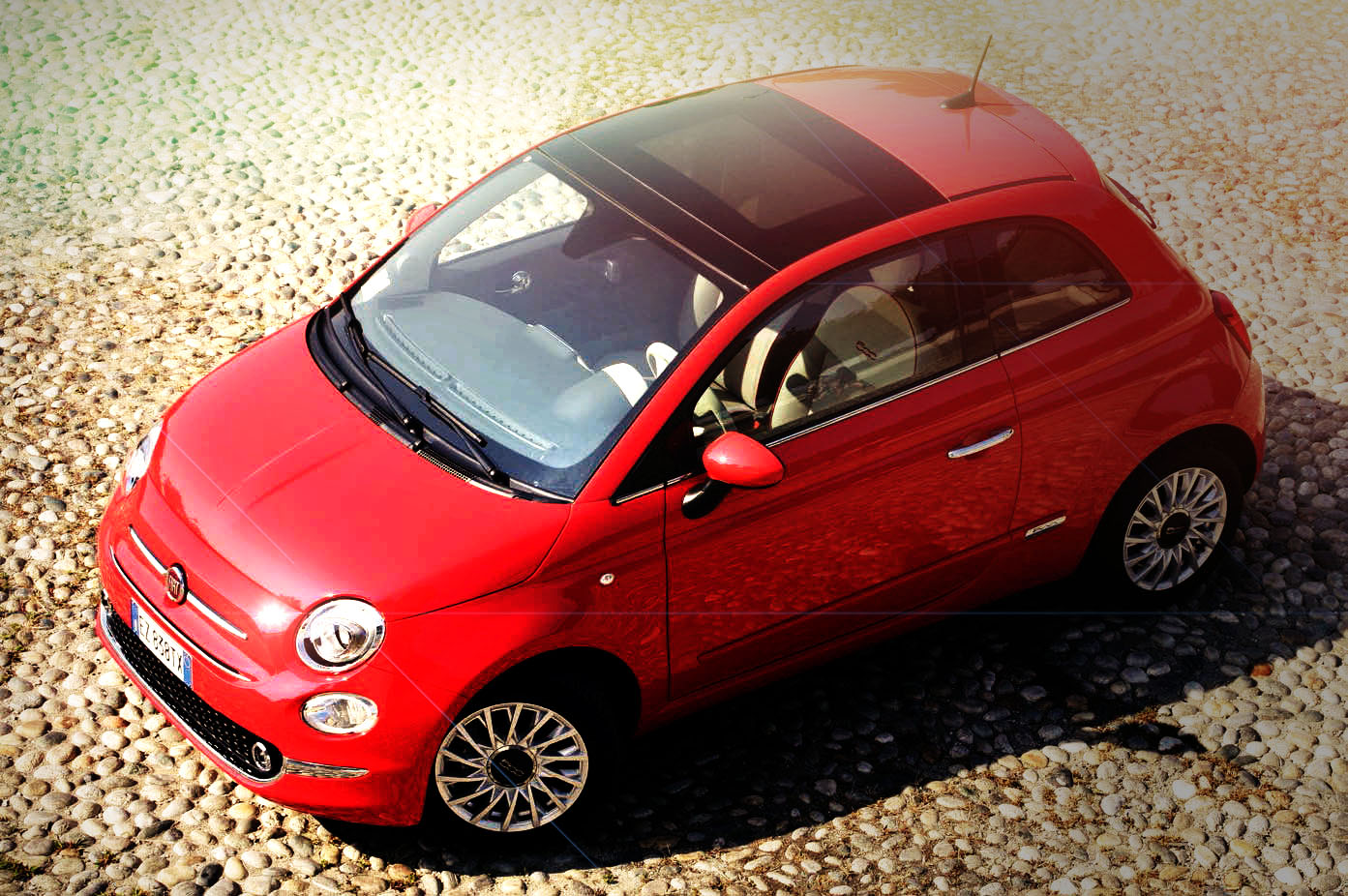 ABOVE: Fiat claim 1900 changes on the new 500 BELOW: One of the new paint options is Glam Coral, a quite acceptable pink.

The new 500 goes on sale in the UK in early September with prices starting at £10,890, which represents a very slight increase from before.

For the time being, the Abarth 500 continues without any changes. It will, however, get its own facelift by the middle of next year, and word is it will be much more extreme than the light changes made to the Fiat-badged 500. It’s the same story with the 500S. This sporty-themed model remains unchanged for now, with enough stock in the UK to last until the end of 2015. But in 2016 we can expect a specific facelift for the 500S to make it even more sporty-looking than it is now. Which all sounds good to me.

There’s really not much change in the way the 500 drives. Fiat says the chassis settings have been slightly revised to sharpen comfort and handling, but frankly, I didn’t spot much difference: the 500 remains the same nippy, neat-handling city runabout as ever. The ride comfort remains pretty good on standard tyres, too. The only real under-the-skin change is larger brake discs for the 1.2 69hp version.

One welcome improvement is extra soundproofing in the wheelarches and bulkhead. This benefits highspeed refinement, which has always been an issue, especially with the TwinAir. However, you still couldn’t call the 500 a quiet animal.

Fiat has put its own spin on an old adage: ‘no new’ is ‘good new’. It has barely touched the 500, which is perfectly understandable given its highly successful formula. Probably not everyone will like the new nose, but the rear end definitely looks better and the cabin is nicer, too. And it drives very much like the old 500. What’s that other adage? Something about broke, don’t and fix, I think.