Modern Classic Mk1 TT 8N with a twist Julian Loose’s TT The Mk1 TT is on the verge of becoming a modern classic.

What if we told you five weeks before UD you had to build a car from scratch? Well, this absolute beauty you see spread before your eyes was completed in just that. We have a great deal of respect for Jules Loose – if you haven’t heard of him by now, where the heck have you been. He been in the scene and modifying cars for a long time – we’re not sure quite how long as he won’t tell us, but long enough. Whatever mod he chooses to do, whether it’s on-trend or not or perhaps has never been heard of before, he makes it work. He knows what he likes and runs with it whether he’s it’s been sanctioned by the scene or not. We’re not saying he’s mistake-proof; he’s made mistakes along the way, much like any of us. Mistakes make us human; “I just tend to do my own thing. I like to try things out, if they don’t work then fair enough it was a laugh and a journey either way,” Jules told us. 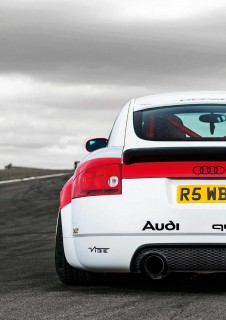 Jules Loose was into cars since before he was born, wearing some Adidas creps no doubt. “I’ve had pictures of Ferraris and Lambos on my wall since I can remember – never actually owned one, though. The passion sort of comes out of nowhere, as my family isn’t really into cars,” Jules said.

The father of DubFiction – a car club for all marques, despite the name – has an interesting car history. We won’t go too deep into specifics but he’s owned a lot of cars. To put it into perspective, he owns six now. Some of the stand-out models he’s owned, however, include the likes of a BMW E30 M3, a Ford Escort Cosworth, a Mitsubishi EVO 6, as well as his ever-growing list of RS4s.

So, why the TT? Well, this isn’t the first TT Jules has owned. Make sure you have a brew ready, as this is a beast of a story. So, he chose the TT model because his daughter Caitlin is a huge fan of the Mk1’s lines. “She’s obsessed, so I really wanted to build something that she’d like,” Jules told us. But the story isn’t as simple as just getting the one he’s got now; he’s been through two before landing on this one. The first example he bought was off of eBay. He hadn’t actually seen the car, but sent MissDF Chelle Waters to pick it up anyway.

Jules thought straight away he wouldn’t mind getting a better one, so cleaned the car up a bit and sold it on almost immediately for a tidy profit of £700! Then there was another one, which had brand new air already on it. He took off and kept the air ride that was already fitted, along with the re-mapped ECU, stainless steel exhaust system, filter and armrest, before selling that one on, too.

Then it was the turn of this one – a rare 225 1.8-litre turbo petrol Imola Yellow variant. “This one was bought with the greatest of intentions. I just planned for air ride and wheels, you know; a nice little runabout. It was soon realised that this wasn’t going to happen,” Jules said, laughing. One of his mates in Holland had an American-spec rear bumper he wanted rid of, but wanted a standard one to put in its place. Jules had a standard one. And so the modifying ball got to rolling. You know what’s coming now. They swapped bumpers. 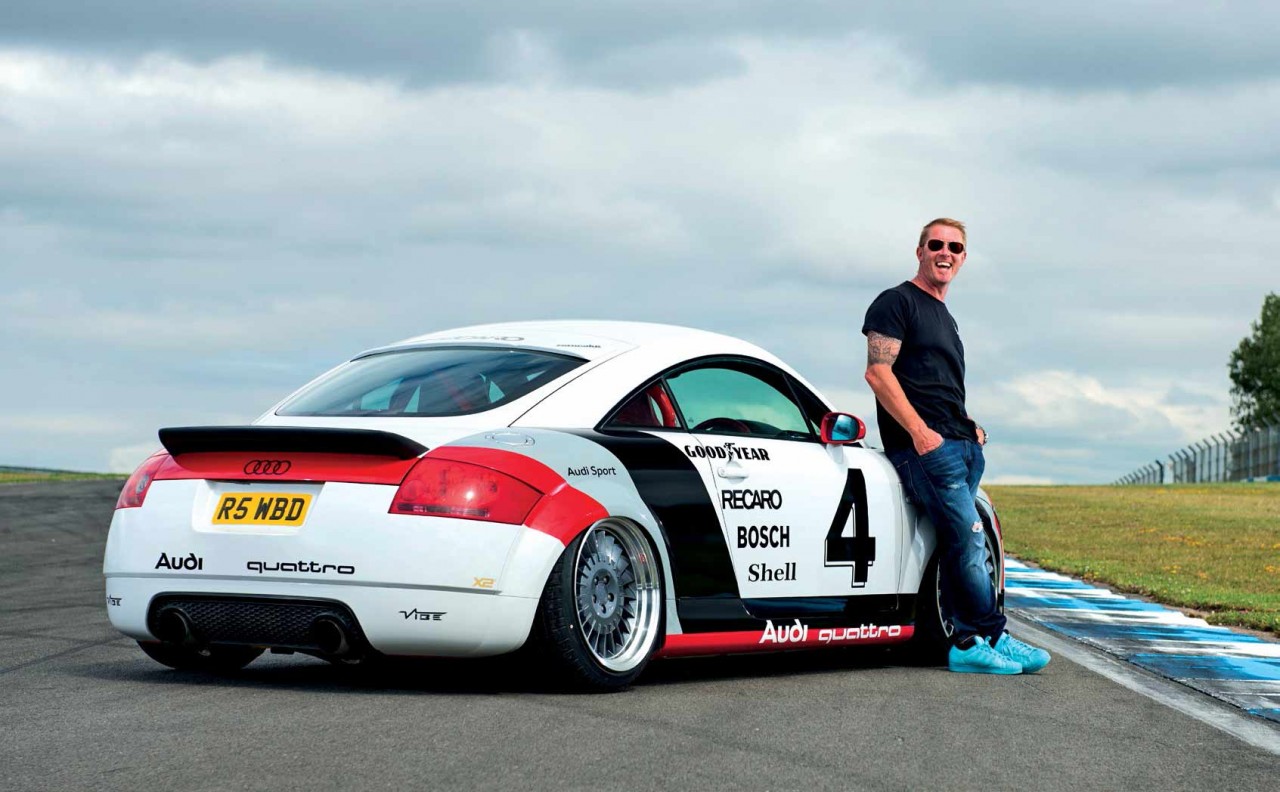 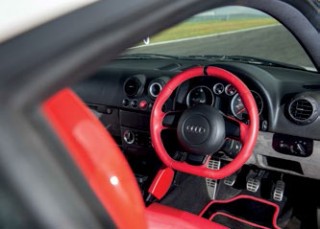 He also had a roll cage, which Jules took off his hands. This was around five weeks before Ultimate Dubs 2017 – the start of the show season for many of us. He and his friends then took on the task of getting it all done for the show. He took the car over to Flawless to be cut up and some girth added to the arches. All so he could get his 19-inch 10j RAD 48s on. The arches were then extended and welded wider with metal strips – by 25mm up front and 18mm to the rear. They told him it should take three days, when in actual fact it took them two weeks solid every single night to finish. Despite the weld work being designed around the 19-inch shoes he was running, the shoot and the wheels you see in front of you are 18-inch and 9.5j, with an ET of 35 and 15mm spacers to the front and 20mm out back. “The arches are so wide, you have to space any shoes you put on it,” Jules added. 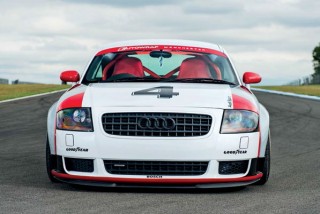 Unfortunately – he says – the chop work wasn’t done in time to be able to paint it so Jules had to come up with a wrap design and send it over to Autowrap, Manchester, to get it done pre-show. The whole design is based on a 1980s Audi Quattro touring car – all of which was turned around in two days.

Under the bonnet the 225 1.8-turbo unit has been treated to a number of mods that came off the second TT Jules owned, including the ECU, 3-inch stainless steel turbo back exhaust system. It’s also got a RAM air filter, a Forge Diverter Valve, and a bigger front intercooler. “It’s running at around 280bhp now, which isn’t bad for a light car. It’ll keep up with an RS4, put it that way. One of my mates – who shall not be named – can testify to that, but probably won’t,” he told us, laughing. “The car really does sound mega, but anything more than half an hour and it does your head in,” Jules said. And we thought you started to lose your hearing the older you got…

Jules hasn’t yet bothered to uprate the brakes as he hasn’t felt the need to, but those of you that know him will know to watch this space. 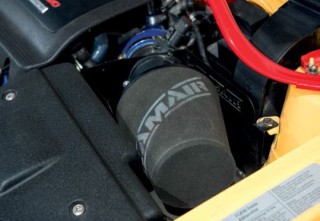 Continuing on the outside, a V6 rear diffuser and V6 front bumper have both been fitted. Jules tries to do as much of the work as possible himself, along with the help of Flawless. He’s always done it like this, so has learned a lot along the way. “If you can do things yourself, you’ll have more money to spend on the mods. I’ve never actually totted up what the whole car would’ve cost me in labour, but I wouldn’t like to think,” he said. He has also added a rear roof spoiler, smoothed the front bumper, and fitted a tasty V6 front grille to finish the look. The TT’s stance comes in the form of two V2 compressors, Airlift performance front struts and Bilstein rear struts.

To the inside, the rear seats have been stripped out; making way for the roll cage and a flat floor that hides the air ride components and sub-woofer. The door cards and lower dash have all been trimmed in Alcantara. Jules added plenty of audio upgrades such as five new speakers, new amps and sump, hidden in the false floor; all running off a Kenwood headunit. The silver details that came as standard have been changed to crackle black, creating an air of sophistication to the inside. Jules has fitted some rare armrests, which are worth around £200. He’s also fitted a flat-bottom steering wheel from the newest TT model, along with a centre boost gauge. The seats are red pole positions and Jules has had the gearshift surround and new steering wheel trimmed to match, along with the addition of matching floor matts. 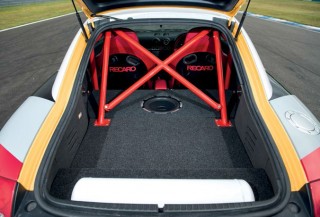 It’s safe to say the TT went down a storm at Ultimate Dubs (UD) earlier this year, but Jules has plans to change it up again for next year’s UD. The only thing he can tell us is that it’ll be resprayed in the standard Imola colour, but it won’t look anything like it does now. He also tells us he’s bought another car! Yes, another! An RS4 B5, which is a previously featured car in Performance Audi! While we’ll never know what Audi design officials think of Jules Loose’s example, we know what we think and it’s safe to say we love it. We’re looking forward to seeing what you do next, Jules!

Below t: On track at Donington Race Circuit

“I like to try things out, if they don’t work then fair enough it was a laugh and a journey either way,” 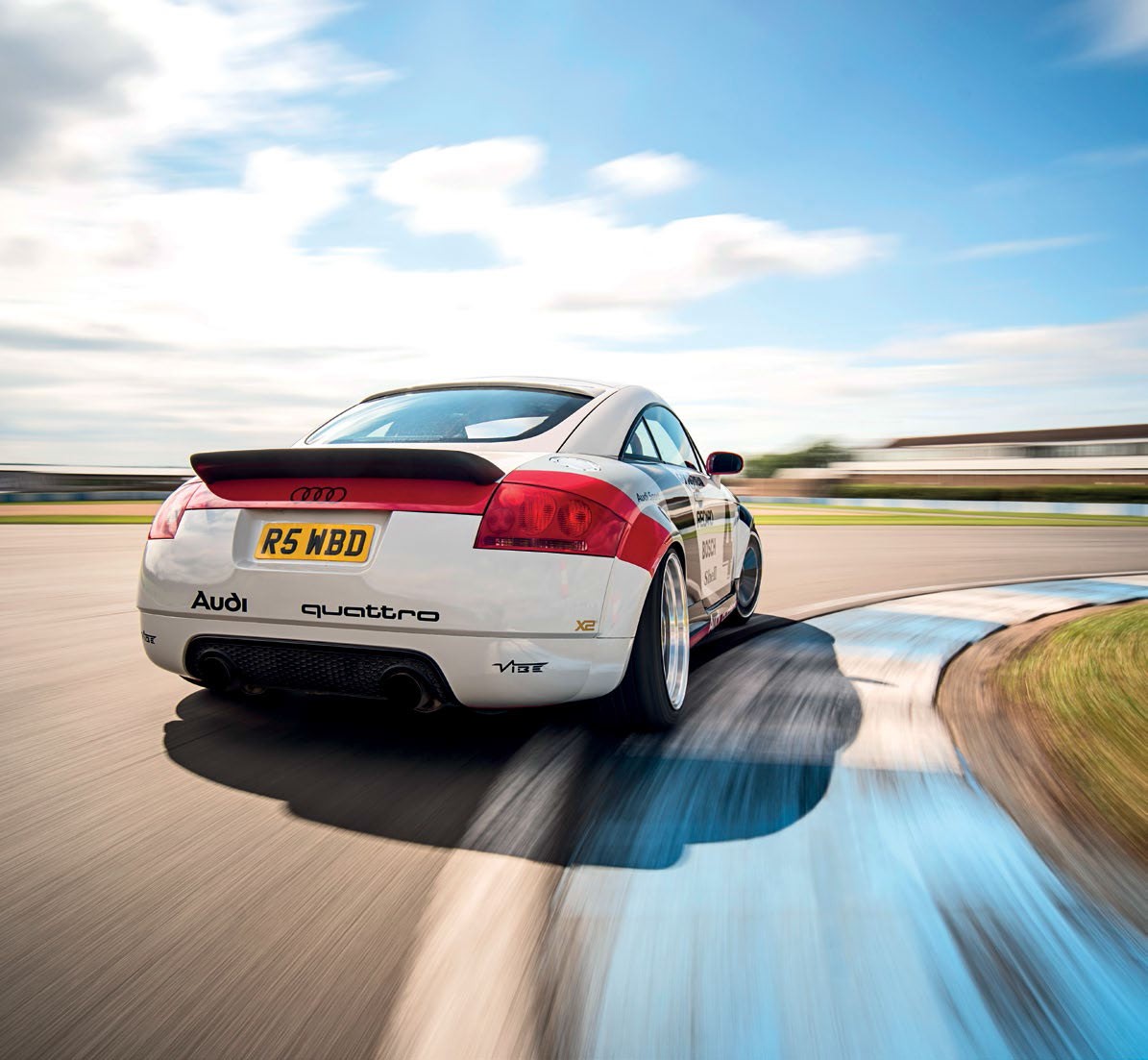 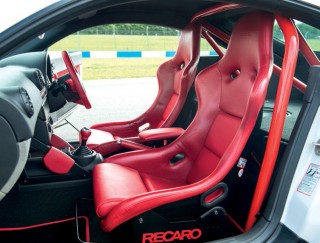 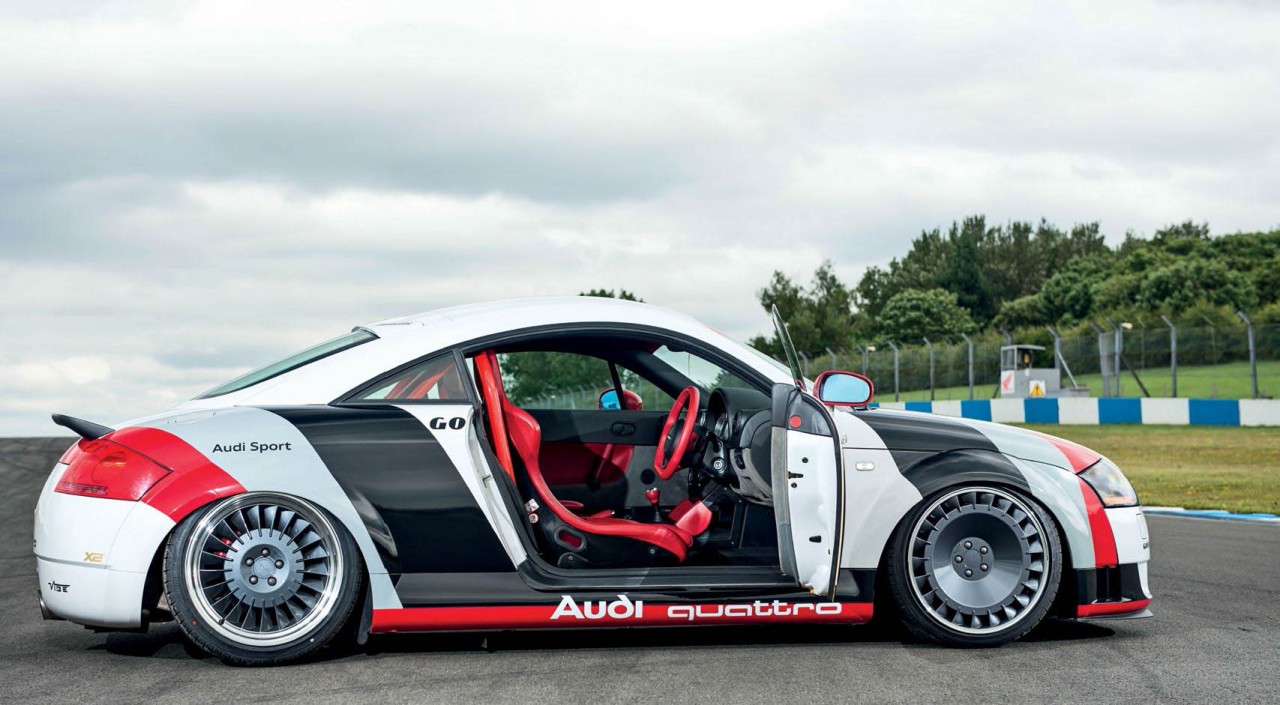