Inside Ferrari’s most powerful V8 ever 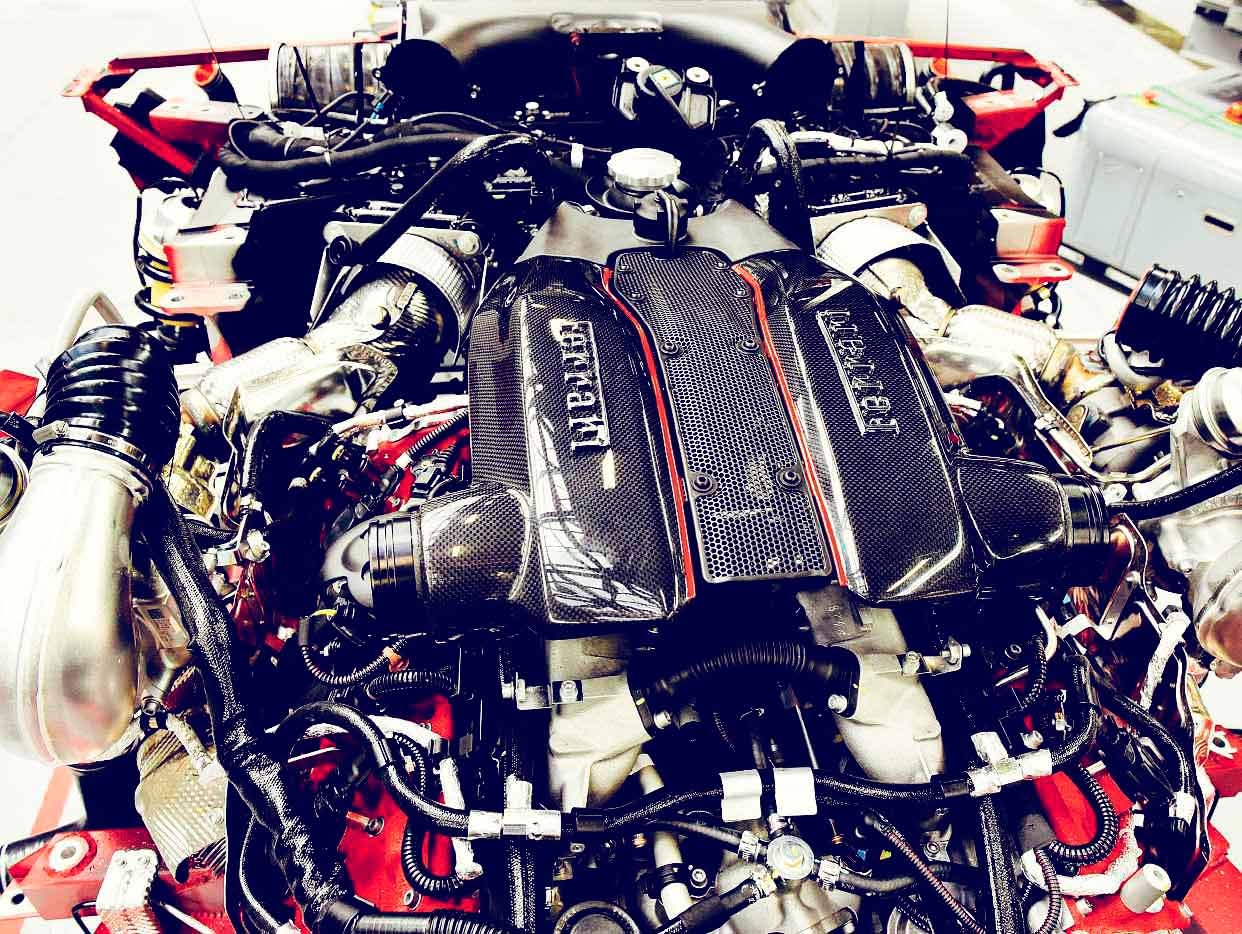 When the Ferrari 488 Pista arrives in the summer, 50 per cent of the components that make up its 710bhp twin‑turbo V8 engine will be brand new. Here’s why… Words by Shane O’Donoghue.

The temperature of the air entering the engine was a major focus for Ferrari’s engineers. A reduced temperature is desirable as it allows more spark advance before ‘knock’ sets in. This, in conjunction with higher valve lift for more turbulence, means faster combustion, improved efficiency and, ultimately, more power.

Repositioned engine air inlets compared with those on the 488 GTB allow for larger intercoolers ahead of the rear wheels, and the radiators in the nose are tilted so the hot air exiting them doesn’t find its way to those intercoolers. All that accounts for a six-degree drop in intercooler outlet temperature.

Next, a new, smaller carbonfibre air plenum and shorter runners feature ‘intake detuning’ at full load, making the air in the cylinders some eight degrees cooler at 8000rpm.

Ferrari claims that the 488 GTB already had best-in-class responsiveness and the Pista’s data reveals further improvements. A big part of this is down to the 17 per cent reduction in the weight of moving masses, achieved by measures including hollow inlet valves and new springs, titanium connecting rods and a lightened flywheel. This, in turn, has allowed for a lighter crankshaft.

The sharpest response is reserved for Race mode, where the closely integrated control of the wastegates, throttle bodies and spark timing results in a 0.3-second improvement in getting to full air-plenum pressure and vehicle acceleration when the driver pushes from 40 per cent throttle at 3000rpm to wide-open throttle.

Surprisingly, these improvements are not due to more boost pressure. Indeed, the only change to the two IHI turbochargers is the addition of inductive speed sensors, allowing accurate optimisation of their speed limit rather than relying on model data. Instead, it’s the air temperature and spark changes (see point 1) that bring the bulk of the extra power. Meanwhile, new Inconel exhaust manifolds with longer runners and a larger pipe diameter mean reduced back pressure and pumping losses.

Of the 488 Pista’s total 90kg weight reduction over the 1475kg GTB, the engine accounts for a significant 18kg. That’s despite the higher loads on the components due to ten per cent higher peak firing pressures.

The Inconel exhaust manifolds save 9.7kg, ancillaries including the air con compressor’s pulley account for 2.3kg, titanium connecting rods save 1.7kg, the flywheel is 1.5kg lighter, thinner cylinder liners save a further 1.3kg, the new crankshaft is 1.2kg lighter thanks to the elimination of the central balancing webs, and the hollow inlet valves and their lighter springs account for another 300g. How big a difference this all makes we’ll find out when we drive the car in a few months’ time.

Above: how the 488 Pista compares with its naturally aspirated 458 Speciale predecessor