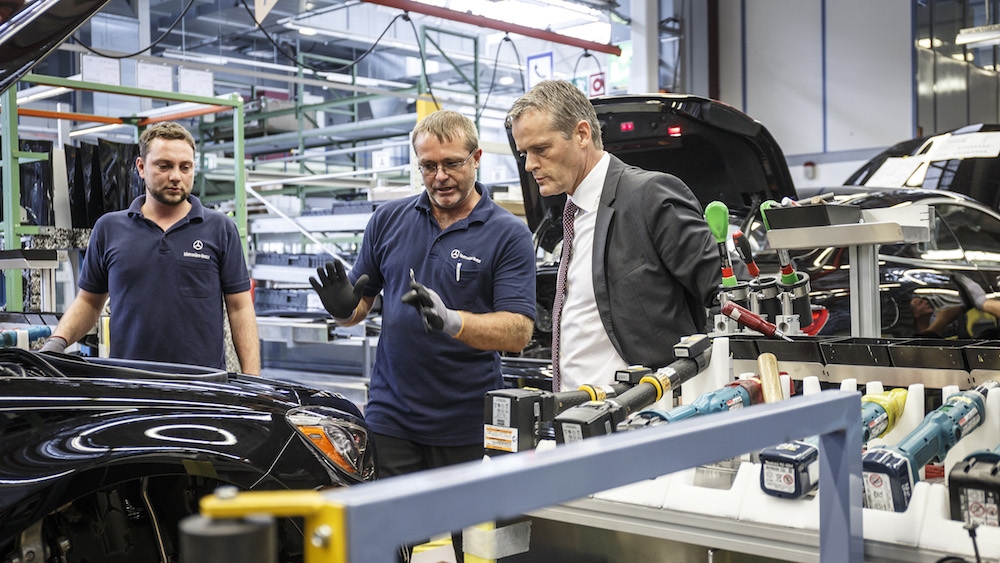 Mercedes-Benz details its new manufacturing philosophy and announces vast investments for its German passenger cars and powertrain plants. Big changes are coming to Mercedes-Benz factories in Germany as the company looks to expand and modernise its facilities to build more cars and engines than ever before.

The German manufacturer is investing €3 billion (£2.34 billion) throughout 2014, to accommodate 18 ‘vehicle ramp ups’ at eight sites worldwide, including production of the latest C-Class on four continents, that number a first for a Mercedes-Benz car. The company also revealed it will introduce 12 new models by 2020 – all of which have no predecessor.

The Sindelfingen and Untertiirkheim plants have swallowed €1 billion (£787m) each, while Bremen has received €750m (£590m) and Rastatt a little less, the latter plant now producing the new B-Class Electric Drive.

As volume car manufacturers look to cut costs by using a smaller number of vehicle platforms across their respective ranges, this naturally streamlines production, and a new manufacturing organisation called Mercedes-Benz Operations (MSO) will manage this new production philosophy for Stuttgart. “Under our previous production structure, the individual plants operated largely autonomously. Now, manufacturing will be organised according to product architectures, independent of individual locations,” explained Markus Schafer, Member of the Divisional Board of Mercedes-Benz Cars, Production and Supply Chain Management. 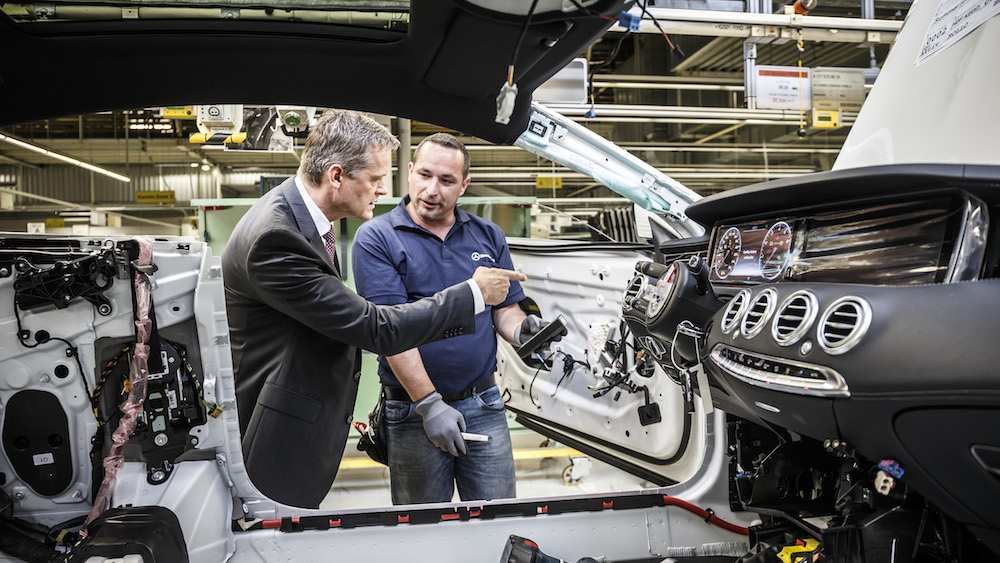 S-Class coupe production in Sindelfingen. Now, manufacturing will be organised according to product architectures, independent of individual locations.

Markus Schafer, Member of the Divisional Board of Mercedes-Benz Cars, Production and Supply Chain Management.

Mercedes’ platforms comprise the rear-wheel drive architecture (MRA) used by the C-Class, E-Class and S-Class, the front-wheel-drive architecture (MFA) employed by the A-Class,  B-Class, CLA coupe, GLA and upcoming CLA shooting brake. The architecture for SUVs (MHA) find itself part of ML, R-Class, GLand G-Class models, while the SL and SLK use a special sports car platform (MSA). Mercedes even boasts a powertrain architecture as part of its arsenal, called simply MPA.

The latest, W205-series C-Class is the first Mercedes-Benz built using a system of modules and components. Bremen manages all aspects of the car, from the tooling strategy and quality control, to the training of employees in other factories that produce it (East London in South Africa, Tuscaloosa in the USA and the BBAC plant in China). So far, over 500 employees have received training in 205-series C-Class production, which will be passed on to colleagues working in their home plants.

“Our quality remit covers every area of Mercedes-Benz Cars, from product development to customers,” said Schafer, who went on to confirm the importance of developing new and innovative manufacturing processes. “It means our designers and developers are able to launch exceptional vehicles that are equipped with leading technologies,” he said.

Of course, no manufacturing facility can operate without a reliable and flexible parts supply chain, and given Mercedes’ rapid factory expansions worldwide, achieving this has proved a great challenge for the company, with many opportunities to reduce costs and improve efficiency yet to be tapped into.

However, while having a number of factories located around the world increases logistical challenges, it also means Mercedes-Benz has the capacity to respond to customer demand more quickly, as was proven recently when it added another shift to CLA production at the Kecskemet plant in Hungary, to satisfy the USA’s burgeoning demand for the compact coupe.

Also key to the Mercedes-Benz growth strategy is its managing of alliances and joint ventures with other companies. At the end of June, Daimler announced that it was setting up a production joint venture with the Renault-Nissan alliance, in the process taking their existing cooperation to a new level. The partners intend to build a new generation of compact cars – including smart models – at a new factory in Aguascalientes, Mexico, which will have a total annual production capacity of 300,000 units.

With Volkswagen Group (including Audi) and BMW Group also gunning to be top dog in the premium segment by 2020, Mercedes has a fight on its hands. But with bold investments like those detailed above, to facilitate an even more plentiful and high quality range of cars, the Stuttgart manufacturer is heading in the right direction.