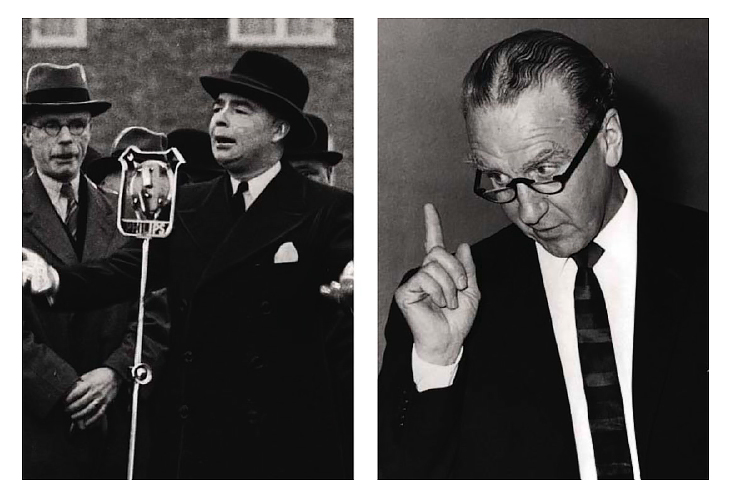 Full throttle. We all enjoy anniversaries, and we’re constantly being reminded however many years it is since the birth of a manufacturer, or the first running of a famous race, or the launch of a much-loved model. But 2014 marks one anniversary you might have missed: it’s 80 years since the arrival of the Driving Test, as part of the 1934 Road Traffic Act.

In previous acts of Parliament, the 1865 Locomotives on Highways Act imposed a speed limit of 4mph in the country, 2mph in towns, and required a man to walk in front with a red flag. He was gone by 1896, when the speed limit went up to 14mph. The 1903 Motor Car Act decreed that all cars should be registered with the owner’s county council, and display a number front and rear. Also, the speed limit was raised to a dizzy 20mph; and every driver had to carry a licence, to show he was at least 17 years old, or 14 if astride a motorcycle. But still no test was required.

By the 1920s that 20mph limit, while still legally extant, had become a totally absurd anachronism. Policemen hid behind hedges to set speed traps, but were rarely able to catch the offenders, and one peer quoth in Parliament: “It is so universally disobeyed that its maintenance brings the law into contempt.” So, remarkably, the 1930 Act removed the speed limit entirely, but brought in a raft of new offences for dangerous, reckless, careless and drunken driving, and made third-party insurance compulsory.

The number of cars on the roads was rising rapidly, and anyone who had never sat behind a wheel could hand over a few quid for a tatty old used car and drive away. In 1934, with 2.3 million motors registered, there were 7343 road deaths in the UK, an average of 20 a day. By way of comparison, in 2012 we had 34.5 million vehicles on the roads, 15 times as many: and there were 1754 deaths, just under five a day. Still not a total to be proud of, but it shows how dangerous it was out there in the 1930s.

‘The 1930 Act removed the speed limit entirely, but brought in a raft of new driving offences’

The then Minister of Transport, Leslie Hore-Belisha, vowed to deal with what he termed “this mass murder”. In 1934 he brought in a 30mph speed limit in so-called built-up areas. Every new driver had to demonstrate competence by taking a test, and a Highway Code of good road behaviour was published. And, after being personally almost mown down by a sports car while crossing the road, Hore-Belisha created pedestrian crossings, with studs across the road and flashing amber globe lights. A journalist dubbed these ‘Belisha beacons’, ensuring that Leslie’s name would live on into the next century, although the black-and-white painted ‘Zebra crossing’ stripes only came 15 years later.

By 1960, with new car production in top gear, older jalopies were ever cheaper, many with bald tyres, wobbly steering, rusted-through bodywork and brake shoes down to the rivets. So Transport Minister Ernest Marples introduced his MoT test. At first it was for cars of more than 10 years old, and only checked brakes, steering and lights. By ’67, it was required for any car over three years old, and was gradually extended to cover tyres, wipers, exhaust, body structure and so on. By then Marples, having also overseen the opening of the first stretch of the Ml, had fled to Liechtenstein to escape accusations of tax fraud.

We should all be grateful to Hore-Belisha, and to dodgy old Marples. But an anniversary I will not celebrate next year is half a century since the arrival of the 70mph limit, introduced as a temporary measure in 1965 but confirmed soon after by the Minister of Transport who could not drive, Barbara Castle. Today, with modern cars safer and more efficient, and many small hatch-backs capable without drama (in sensible hands) of 120mph, the 70mph limit is as anachronistic as the 20mph limit was in 1934.

Speed does cause accidents. Not of itself: but when it is too high for prevailing conditions and traffic densities, or when it is foolishly used beyond the concentration or understanding of the driver. Thus 40mph on a crowded or foggy motorway can be criminally dangerous. On the other hand, a responsible driver who conducts his car on an empty dry road at whatever speed it is safely capable of should be allowed to do so. Oh, and drivers who talk on hand-held phones should be sent to prison.