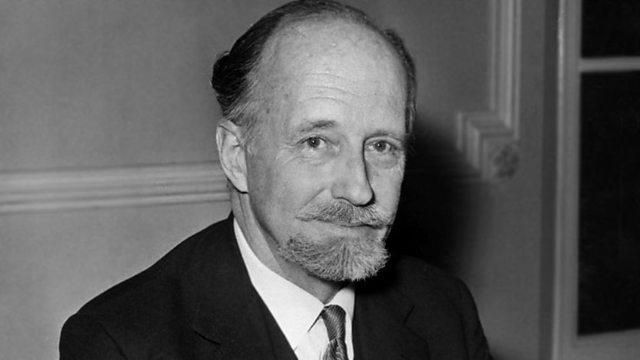 For some reason, the name of Sir Basil Spence, the prolific Scottish brutalist and modernist architect, keeps cropping up. He is one of those people I link with the ’50s optimism of the Festival of Britain (he did design one of the exhibitions) and the early Comet jet-liners. Through to the ’70s he was probably our most famous architect, but before writing this I knew little about him – except that there was a hazy Lancia connection and that he’d designed Coventry Cathedral, perhaps his most famous project.

That’s where I found myself last summer, admiring the outside because I was too mean to pay the entrance fee, unlike my friend John Giacobi who is into his modernism. We made the pilgrimage in his unique Armstrong Siddeley Star Sapphire Mkll – more mock Tudor than brutalist, perhaps. Ideally, we’d have gone in an early Rover 2000, on the basis that it is a great British design of the period by David Bache, in a way the car world’s equivalent of Spence.

Later, he popped up on a BFi DVD about British design: I’d never seen him (I was pleased to discover that he was a near-double for James Robertson Justice) or heard him talk, and I warmed to his evident enthusiasm and humanity.

So when I went to Rome (Backfire, May) and found that we were staying around the corner from the British Embassy (designed 1959, finished 1971), I wasn’t as surprised as I might have been to recognise it as a Spence project from a pencil sketch he did in the film The Pacemakers. The ghost of this man was following me around.

Then I remembered his Lancia Flavia Vignale and some correspondence I’d recently had about its history. In fact, the first time I heard the name Sir Basil Spence was in relation to a blue Flavia convertible with a weird extended bootlid that looked like a circus trunk and was apparently a Hooper modification. It was supposedly to allow Sir Basil to carry his bulky drawings and the car, painted dark blue, also had electric windows and a mohair hood – not unreasonable modifications to a £2000 car that was otherwise rather austere, with its rubber mats and plastic seat trim.

It turns out, however, that this was a case of mistaken identity – or of people putting two and two together on the basis that Spence was known to have had a Flavia. But it wasn’t the blue one: how could someone so concerned with aesthetic purity commission something as incongruous as that? I don’t think the current owner of the Hooper Flavia is too bothered about the link, so he probably won’t mind me telling the story of the ‘real’ Spence car, or the alternative tale of the blue Lancia – which is that it was bought by a wealthy man for a tour of the Riviera and his wife simply wanted even more boot space.

From what I can tell, Spence, a keen car enthusiast, had a Bentley when he was knighted in I960 but soon replaced it with a Citroen DS – complete with his new personal plate, BS 1066. There is a cracking picture of this car parked outside the fabulous house he designed for himself in the New Forest. The image of a futuristic, angular structure with the car-of-tomorrow DS looks so impossibly cool, the ulti-mate chin-stroking designer wet dream: it even makes me want to reach for the black polo-neck.

But when General de Gaulle said “Non!” to Britain’s entry into the Common Market, Sir Basil got the hump with the French and sold his DS in favour of the Lancia, equally cool but in a different way. That was in 1963 and from what I can gather he kept the Flavia – despite a fallout with the Italians over the historically sensitive site of the British Embassy in Rome – until his premature death in 1976.

Looking at his portfolio, it appears as though Spence worked himself into an early grave with the number of important public buildings – he was very much the go-to man for new universities – he has to his name. Sadly, the backlash against his uncompromising style has led to the demolition of some, but Hyde Park Barracks and the New Zealand Parliament have stood the test of time and he is enjoying a belated renaissance.

His red Flavia is now owned by my pal Edward Checkley who, believe it or not, is an architect. He’s not all that fussed about its history, although he is grateful that it doesn’t have the famous bootlid. It is one of only 49 right-hand-drive Vignale convertibles and an early one with the 1500cc engine and twin-Solex carbs. It stayed in the Spence family until at least the late ’70s, but was parted from its BS 1066 number in the ’90s when it was floating around the trade.

The design connection makes sense because there has been a tradition of Lancia-driving architects since the days of Le Corbusier and his Lambda. Mystical theories about Lancias being the preserve of members of such noble and artistic disciplines do check out to a certain extent when I think back… but, having said that, I’ve known a lot more owned by milkmen. Actually, welder is the ideal Lancia-owning profession if we are really being honest with ourselves.