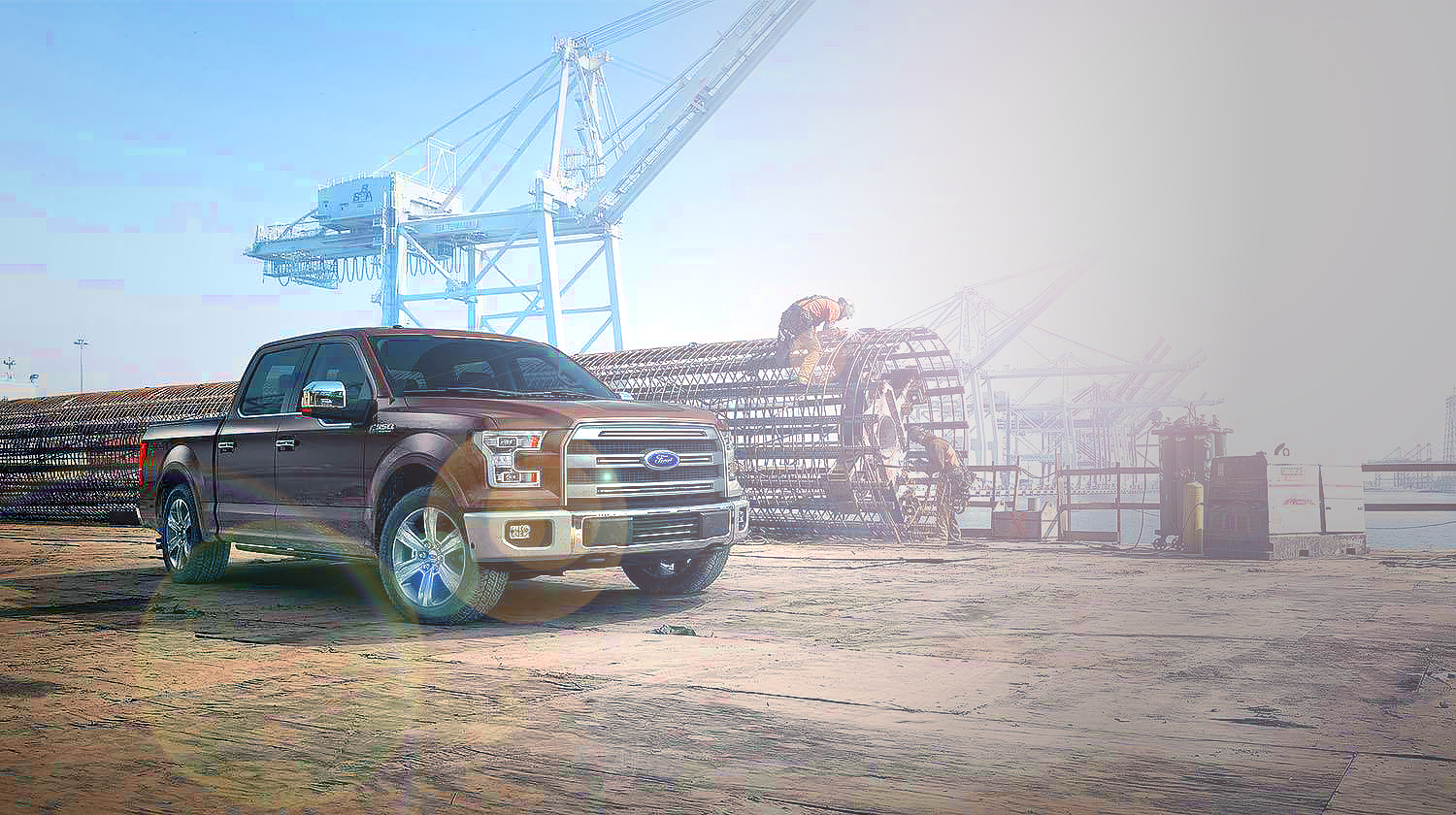 Ford’s big gamble. Huw Evans Across the Pond. Evans asks whether switching the best-selling F-150 to aluminium construction tor its bodywork will pay off long term… In North America, Ford Motor Company has held on to the number one spot for pick-up sales for more than three decades (32 years to be exact in the US, 48 in Canada). Simply put, buyers love the F-150. It’s the company’s breadwinner and normally when you have a golden goose, you want to make sure it keeps laying those highly profitable eggs. In other words, if it ain’t broke, don’t fix it.

Yet at the North American International Auto Show in January this year, Ford made a significant fix. The 2015 model year F-150 marks a radical departure from its predecessor in one key area – its aluminium body. There’s no question that all automakers peddling vehicles over here face a challenge in meeting ever-tougher Corporate Average Fuel Economy standards for cars and light trucks. Given that pick-ups still represent a huge part of earnings for Ford, General Motors and Fiat Chrysler Automobiles, trying to ensure your overall fleet mileage will meet those standards without facing hefty fines is tough. It requires innovation and rethinking of almost everything that has gone before.

In Ford’s case it has so far approached this two-fold – downsizing the F-150s engines, via its turbocharged, direct injection EcoBoost technology and now, lightening the truck overall. There’s no question that aluminium enables considerable weight savings to be made (up to 700lb) in this case. Also, given Ford CEO Alan Mulally’s background, namely serving as the head of aircraft manufacturer Boeing, using military grade aluminium on a pick-up body seems like a smart move.

However, there is a potential downside to this. Aluminium has significantly different properties to traditional steel. It is more costly to manufacture, hence why, until recently its use in vehicle applications has largely been restricted to military tanks and personnel carriers, commercial trucks and premium/luxury passenger cars and SUVs, – Audi A8s, Jaguars and Range Rovers come to mind in the latter category.

For Ford to use an aluminium body on a mass-market vehicle – its single best-selling model at that – is a huge gamble. The company itself acknowledges the extra cost in doing so. During an interview with the Los Angeles Times, chief operating officer Mark Fields said Ford is looking to find greater ‘efficiencies’ when it comes to manufacturing aluminium. Yet it appears a bigger concern is how the truck will fare in the marketplace, in terms of repair costs and overall durability.

As soon as these trucks go on sale, they will be involved in crashes and will require fixing. That means they’ll have to be taken to collision centres and repaired. Currently, only very high- end body shops are really able to handle major aluminium repairs, since they require highly expensive ‘clean’ rooms to prevent any contaminants from entering the metal. Given the operating margins for many body shops today, the cost of installing a sealed aluminium room can be very hard to justify, which is why so few are currently in existence. With greater demand, more of these rooms will be required and the costs will have to be passed on somewhere. For fleet operators, which buy trucks largely on price and represent a sizeable chunk of business both for Ford and its network of dealers, this could pose a problem.

In an effort to ease concerns, at this year’s National Automobile Dealers Association (NADA) Convention in New Orleans, Ford had special work stations on display – highlighting the benefits of aluminium and a range of tools it will offer approved collision centres, designed specifically to repair the new F-150.

Not surprisingly, Ford’s competitors have been quick to capitalize on these uncertainties, extolling the virtues of good old-fashioned steel in the Ram 1500 and Chevrolet Silverado/GMC Sierra. Currently, the manufacturers of these trucks are looking to aerodynamics and powertrain tweaks to improve efficiencies – in Ram’s case an eight-speed automatic transmission, grille shutters and available air suspension. Meanwhile, GM has taken a more traditional approach, sticking with traditional V6 and V8 powertrains, albeit using cylinder deactivation and direct injection to boost fuel economy on the 2014 Silverado/Sierra.

Competition is cutthroat in the North American full-size pick-up market, with each marque trying to outdo each other in terms of performance, fuel economy, towing capacity and overall capability. Will the switch to aluminium finally be the rock that knocks the F-150 off its sales perch? Tough to tell at this point, but here’s some food for thought; When the EcoBoost 3.5- litre V6 was introduced in the F-150 back in 2011, there was a general consensus that buyers wouldn’t go for it. Two years later V6 engines were accounting for more than 60% of installations despite the EcoBoost’s hefty premium (more than $895) over the 5.0-litre V8.

Change can sometimes be difficult to accept, especially in the staunchly traditional world of pick-up trucks. Nevertheless, change is a fact of life and we have to adapt to it or fall by the wayside. And for vehicle manufacturers operating in North America, current CAFE standards are causing it to accelerate. As a result, don’t be surprised that by decade’s end, aluminium bodied pick-ups will become the rule rather than the exception.