WHY YOU MAY FANCY ONE

Quite simply while you may yearn for a 911, you won’t find more supercar metal for your money anywhere else than in the beautifully engineered 928. Designed to replace the 911, it did no such thing you won’t find a better GT anywhere else for so little money and 40 years since launch, 928s are finally, and rightfully, coming of age as a classic. And not before time we say.

1977 Launched at the Geneva motorshow the 928 was a complete departure from the 911 it intended to replace with a front-engine with the transmission’s transaxle at the rear. Initial 928s had a 4.5-litre ohc V8 delivering 240bhp but US-bound examples yielded only 219bhp due to emissions.

1978 First cars arrive into the UK after the similar themed 924 is launched beforehand. Either five-speed manual or (Mercedes-soured) three-speed automatic offered with the latter accounting for most sales.

1979/1980 Answering some complaints of a lack of outright pace, the 928S joins the range with a much-more-like-it 300bhp and 4.7-litres. The model sports bigger wheels and wings and these were optional for the base model as well.

1985 Unofficial S3 is for US markets only where four-valve cylinder heads bump up the power to more respectable levels.

1987 S4 replaces S2 with new quad cam multi-valve 5-litre engine for 320bhp and sexy Brembo brakes to handle the added grunt. There was also a mild facelift for smoother looks and added refinement inside.

1988 Limited run manual transmission only Clubsport which never came to the UK and the Sport Equipment SE. Former is stripped out semi-racer with a limited slip differential. SE is similar but with normal trim.

1989 928 GT succeeds the CS and SE with even more go (now 330bhp) with an electronically controlled diff and improved chassis to cope.

1993 Swansong GTS comes complete with 5.4-litres, 345bhp (369lbft torque) wider rear wheel arches, air con, driver’s seat memory… and much more, thus turning this one-time cruiser into the meaty mighty supercar it always had the potential for. Production ends after some 37,000 928s were made – 80 per cent automatics.

You cannot, and should not, compare any 928 with the iconic 911 because it’s the automotive equivalent of chalk and cheese – that the majority came as autos hardly helping here. “Antiseptic” is how one magazine put it and that’s because the 928 did everything so darn well but without any drama but also soul. You wouldn’t think so, given their similar make up, but the podgy 928 also has an entirely different character to the smaller, sportier 944 range. 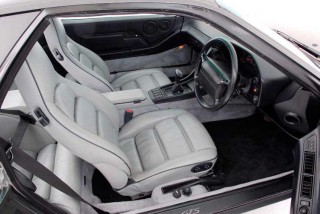 What you have, instead, is a monster of a V8 GT that gobbles up the ground for fun; past owners (including our own Le Mans legend racer Derek Bell, no less) claim they’re fabulous rock solid 140mph tourers.

With its ingenious rear axle, which automatically corrected the rear wheels’ geometry and a 50/50 weight split, a good 928 boasts impeccable road manners that’s far removed from the adrenalin-rush of a 911 and yet apart from the original 928, they can hardly be called sluggish not with that meaty V8 up front you can’!

In fact, you could say the 928 is a sports car trying to be a GT and yet fails because it’s too firm and functional.

Available in sizes from 4.7-5.4-litres, with outputs spanning 240 to 350bhp, the most common S2s-S4s kick out 300-320bhp and with tons of lazy torque and yet, surprisingly, for a Grand Tourer, this Porsche rides pretty hard in conjunction with unusually high levels of road noise, both traits hardly helped by the abnormally high tyre pressures which Porsche advised… over 40psi would you believe!

What makes the 928 (and the 944) so appealing as well as endearing is their 24-7 practicality and versatility that you don’t get with a Ferrari or Lambo. Although hardly comfy, particularly in the back, it’s a true 2+2 twinned with a useful hatchback. 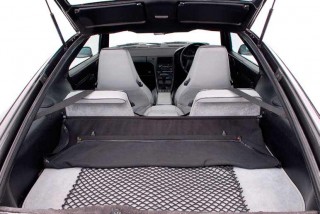 Impressively, this Porsche’s towering abilities mean that, even 40 years on, they still feel pretty modern and a possible daily driver if you can stomach the fuel costs of around 20mpg.

Ignoring the limited run CS, if you can find or afford one, the GTS of ’1992 has to be the most collectible, with the limited run a close SE second followed by the GT – but there’s nothing wrong with a regular 928S or S4 either where 300bhp is the norm – if in good order because that’s what really counts the most when 928 buying although the trend is now to go for cars sans sunroofs as they are prone to leaking (check for dampness).We cannot overstress the last points because there’s world of difference between a cheap 928 and a good one and this is yet another Porsche where you get what you pay for. Unlike today’s Porkers, they are almost over-engineered and beautifully constructed but the flip side are high maintenance and repair costs. Happily, there’s a healthy following and respect for the 928 – go to Paul Anderson at Porsche 928 Spares (01453 299363), JDS Porsche (01223 709915) and the 928.com for help.

If you want to savour their high speed prowess, you can even race one in racing categories run by the Porsche Owners’ Club.

Ok so 928s aren’t quite bargain-basement anymore but a bit over ten grand will still get you a half decent S2 or rattier S4, but really good cars can sell for half this much again. The GTS is worth perhaps treble this and top 928s now break the £50K barrier. Meanwhile, projects can still be bought for a little more over £2000 and, if you have space, are worth contemplating buying on the strength of their spare parts stash alone. The 928 isn’t particularly DIY friendly and just because you’ve ran a 924 or 944 in the past doesn’t mean you can afford to keep a 928! They are a different proposition altogether and a lot more expensive and complex to run as befitting their supercar status warn specialists.

A greatly misunderstood Porker, you have to drive one (better still, a few as standards vary) to appreciate what Porsche was up to 40 years ago. Agreed, so you don’t get the fun of a 911 but as compensation you do feel a great deal of satisfaction. Besides, if our Derek Bell says they’re good, then who are us mere mortals to argue?