‘Environmental tests cannot only be carried out in laboratories,’ explains former Porsche development engineer and driver Peter Falk. ‘They need to take place in real-life conditions, because the customer should be able to rely on their vehicle in every situation – no matter how extreme that is.’ 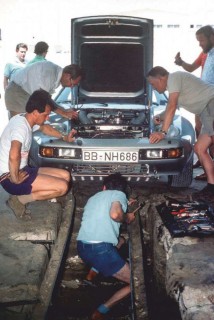 As such, each Porsche product had to undergo a rigorous development and testing programme. Over the years, this had come to include those in extremes of environment, which complemented the standard testing taking place on European roads and tracks. ‘During the summer these were carried out in Algeria – extreme heat up to 50 degrees Celsius, plus the possibility of prolonged high speed because of lower volume of traffic – and in the southern states of the USA, where there were high temperatures in combination with high humidity and less speed, more stop-and-go-traffic. In winter, the tests were conducted at temperatures down to -40 degrees Celsius on the snow and ice in the north of Finland, Sweden and Canada.’

‘Being part of the project, I wasn’t convinced about the 928 replacing the 911 – but I did know we had developed an outstanding vehicle’

‘V-car’ development vehicles – which included a Mercedes-Benz 350SL R107, an Opel Admiral and three Audi 100 Coupés – had been used to test the prototype 928 running gear, and some of this had taken place in these extremes. But it was the 1974 arrival of the full ‘W-car’ prototype 928s that heralded the start of final product environmental testing.

‘The 911 had the well-known air-cooled engine – a special part of that car – but of course the 928’s water-cooled unit was new for Porsche at that time,’ recalls Falk. ‘The development team worked with the customer service team to construct a 928-specific testing regime. However, all were carried out in parallel with 911 testing, to draw comparisons and get the 928 to the same quality level.’

‘The 928 testing was carried out in parallel with the 911, to draw comparisons and get the 928 to the same high quality level’

Vehicles W-1 (the first fully roadworthy 928, with a 4.5-litre K-Jetronic fuel-injected engine) and W-4 took part in the extreme winter testing, which included constructing and utilising a makeshift track on a frozen lake at Turrach in the Austrian Atlas. There were four expeditions to North Africa in total, with vehicles W-3 (with 5.0-litre K-Jetronic engine, and manual gearbox), W-5 (4.5 with three-speed auto) and W-6 used. The latter also served as a wind-tunnel-testing and marketing presentation car before being sacrificed for crash-testing at Weissach. 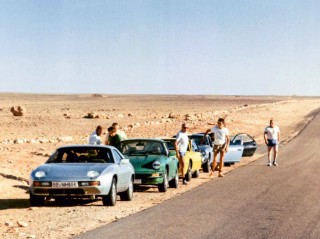 Whether it was slipping and sliding through a winter wonderland or braving the unforgiving heat, dust and road surfaces of the Sahara, the trials at each end of the spectrum had a true exploratory feel with little in the way of creature comforts.

Indeed, the intense discomfort would test both man and machine to their limits. But those conditions were temporary, and the information gleaned along the way led to permanent resolutions. ‘During these tests there can be and always are some unusual situations or surprises – of course this is why they are carried out. If some defects appeared, they were directly corrected in the next steps of the development. By surmounting these in the final outcome we ensured that all standards were accomplished and the customer got the perfect product.’

It all sounds so simple, but some statistics demonstrate the lengths to which the project team went in ensuring this: 19 experimental test bed and prototype cars built, six crash test cars constructed, an estimated 600,000 actual miles covered on the test tracks at Weissach and Ehra, and all other road surfaces in all environments, as well as on chassis dynamometers.

‘As a developer and part of the project I knew that we had been developing an outstanding vehicle, which maybe didn’t have the sporting character of a 911, but represented an excellent, comfortable and fast car for travelling – that is still true of the Porsche 928 today as a classic car. 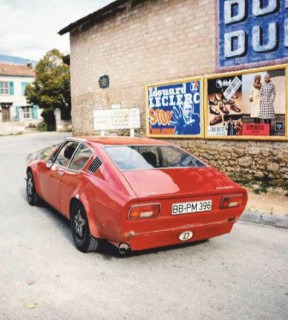 ‘Head of project Professor Fuhrman had the idea of replacing the 911 with the 928, maybe because he thought it would no longer fulfil the tougher environment regulations of the future. The “cast-iron” testing people and customers were of a different point of view, and wanted to keep and furthermore advance the 911. And in the end they were successful.’

In terms of both testing implementation and carrying out running repairs, improvisation was the norm – as were short shorts.

928 sand-surfing in the Algerian desert in 1977. Crew facilities were basic and demands placed on both men and vehicles extreme.

‘The 928 testing was carried out in parallel with the 911, to draw comparisons and get the 928 to the same high quality level’

Above: Rolling test bed V-3, an Audi 100 Coupé – the first vehicle to test the complete drivetrain – in September 1973. Wheelarches flared for requisite width. 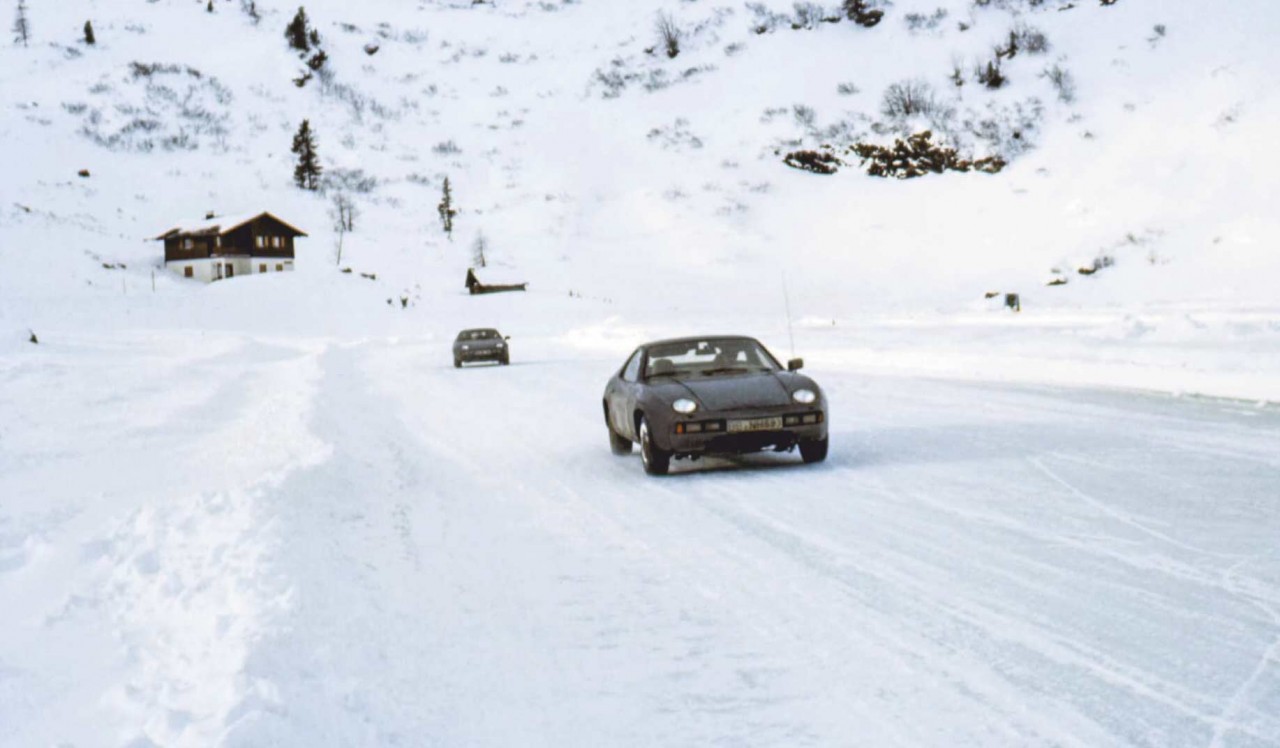 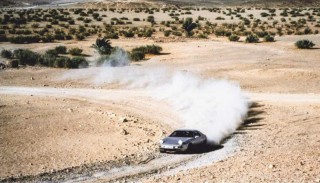 Left: the Weissach caravan. Porsche undertook four expeditions to North Africa during 928 development, taking a combination of rolling test bed vehicles and prototypes. Here the latter are tested in conjunction with the 911 and other benchmark cars.

Right: the front-engine/ transaxle arrangement caused the design team problems when combined with the 2+2 body style, an engine height of just 29.6 inches and wide wheels, with the length-width ratio proving particularly difficult from styling and aerodynamic perspectives.

Right: the new model needed a timeless design to ensure longevity of production, a good drag coefficient, and a profile that could only belong to a Porsche. The bumpers were only semi-integrated into the shape at this stage.

Below: testing in North Africa allowed the engineering team to see how the 928 coped with extreme heat, rough terrain and the perpetual threat of sand and dust infiltrating its mechanical components. 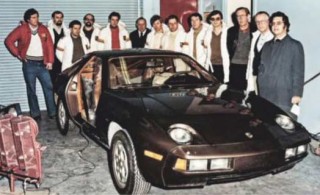 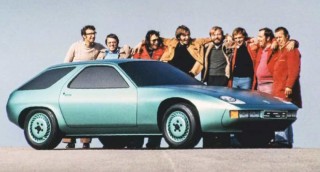 Left: The 928 test team met Laplanders and their reindeer during testing in the Arctic Circle in northern Finland, 1978.

Right: February 1977 winter proving in temperatures as low as -40 degrees Celsius once again tested man and machine to their limits.

Below: 928s on ice! Utilising the custom-built test track on an Austrian lake in 1978.

A North African quest to make the 928 fast, quiet and unlikely to eject fluids, unlike local modes of transport. 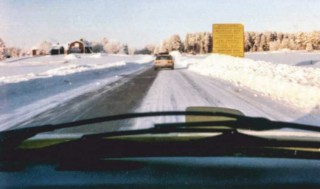