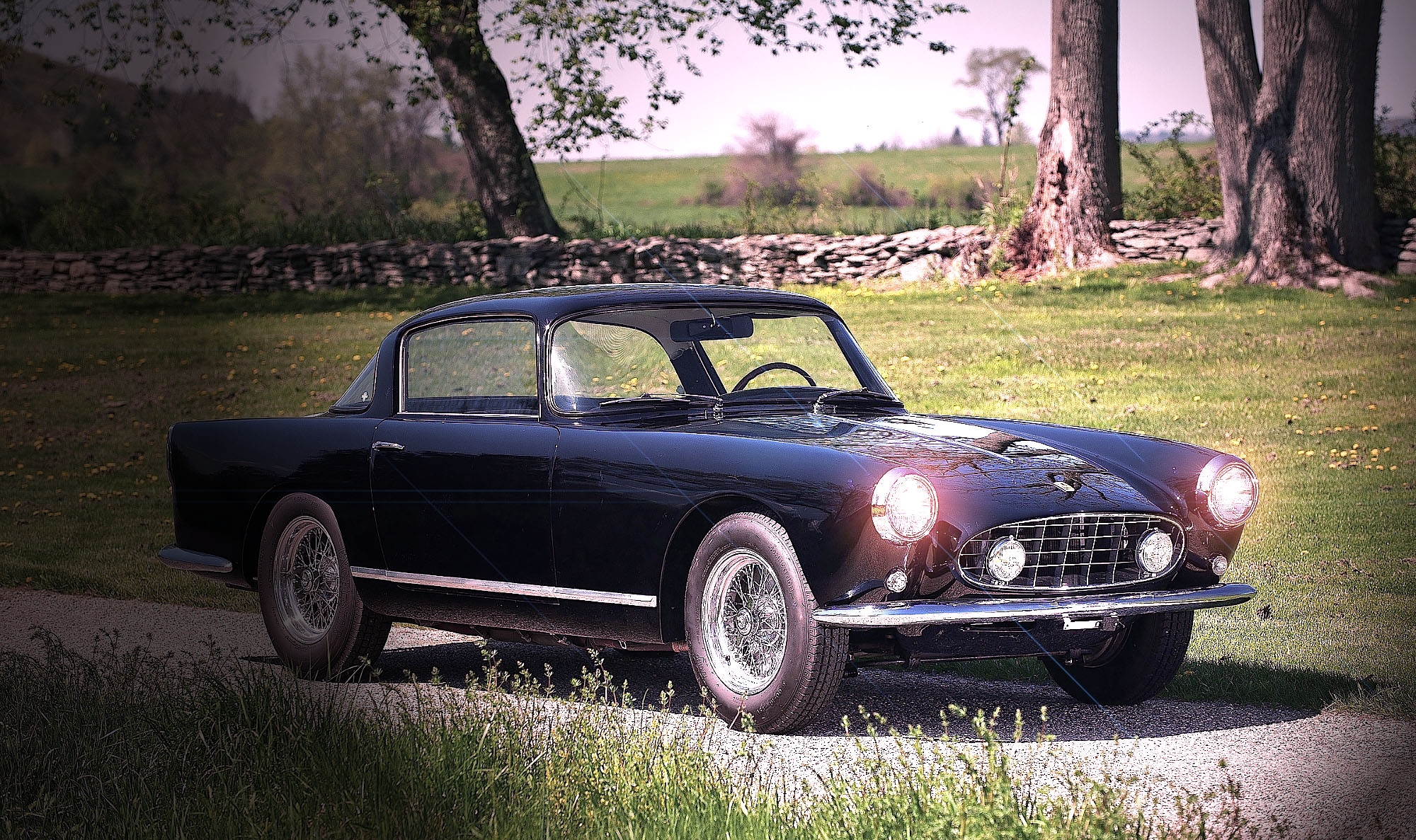 Carrozzeria Ellena – Ferrari’s alternative coachbuilder.  An anonymous carpentry company that made its name by building a version of the Ferrari 250 GT Story by Elvio Deganello. Photography by Archivi Deganello and RM Auctions.

During the early 1950s, apart from making furniture as a side line, Antonio Ellena’s main activity was creating vehicle bodies made from wood. However, during the same period the all-wood technology was abandoned and construction was switched to all-metal. With work for carpenters in decline their woodwork skills became concentrated on trucks and estate cars. Antonio Ellena knew that his company could not survive without change so he persuaded his son Ezio to train at Carrozzeria Viotti with the idea of converting his company to constructing vehicles made in metal.

By the mid-50s Ezio had learned all the secrets of building modern car bodywork. When his father Antonio Ellena died, Ezio decided to put into practice what he had learned at Viotti. Luciano Pollo, the son of Antonio Ellena’s main partner, approved of Ezio’s idea . The two of them decided to change the company’s activities and begin building metal bodies. Their decision was supported by two unexpected circumstances. The first was that Luciano Pollo married the daughter of Mario Felice Boano. The second was that in 1954 Mario Felice Boano and his son Paolo were ousted from Carrozzeria Ghia where they were employed. Mario Felice Boano then formed a new company with his son Paolo, his son-in-law Luciano Pollo and Ezio Ellena.

The purpose of the new company was to build car bodies under the Boano brand and to acquire orders for machining small series of cars on behalf of other manufacturers and coachbuilders. In this context, the members of Carrozzeria Boano collaborated with Fiat for the preparation of the 1900 Granluce, with Alfa Romeo for the 1900 Primavera and Abarth for the preparation of the 207 and 208.

In 1956 Pinin Farina built a prototype Ferrari 250 GT on chassis 0429, but were unable to produce the series car for Enzo Ferrari because the company was in the process of moving its premises to a new factory in Turin’s Grugliasco. Pinin Farina, in agreement with Ferrari, sub-contracted the order for the 250 GT to Carrozzeria Boano.

After building the first Pinin Farina-designed models, Boano eliminated the sheer rear wings in order to streamline production. In 1957, when Carrozzeria Boano had built about 80 Ferrari 250 GTs, Fiat invited Mario Felice and Paolo Boano to create and direct the new Fiat Centro Stile. The orders for the Ferrari 250 GT were then transferred to Carrozzeria Ellena, which remained under the control of the remaining Carrozzeria Boano directors, Luciano Pollo and Ezio Ellena. After a few more 250 GTs had been built, Ezio Ellena and Luciano Pollo again modified the appearance of the model, mainly by raising the roofline. Other detail differences were the elimination of the side window quarter lights, front wing vents and spare wheel storage.

Carrozzeria Ellena also undertook to build some Lancia Appia Coupes on behalf of Pinin Farina, who were still busy with the transfer to the new factory at Grugliasco. Ellena also worked with bodywork for Viotti.

In 1960 Ellena presented the first original creation bearing its own name. This project was the Fiat Abarth 2200 coupe that was built at the request of Carlo Abarth, who was apparently unhappy with previous work on the same chassis by Allemano. Ellena managed to please the demanding Austro- Italian so, in March 1961 at the Geneva Motor Show, Carrozzeria Ellena presented its substantially amended 2200 to an international audience. However, Carlo Abarth was not entirely satisfied with Ellena’s efforts, which prompted the coachbuilder to review the front and the side of the six-cylinder coupe. The updated Abarth appeared at the Turin Motor Show in November 1961 with its engines capacity increased to 2400cc. Frustratingly, the series production of this version did not take off either, while the fickle Carlo Abarth solicited new proposals for the styling of his 2400 by reverting to Carrozzeria Allemano.

In the Spring of 1962 Ellena made a direct entry into the market for custom-built coupes with two different mechanical bases, but united by the same style, developed on softly curved lines in contrast with an angular grille. The two-seater coupe with a twin-cam engine of the Fiat 1500S Spider was short-lived, while the coachbuilder obtained real success with the twodoor 2+2 saloon, offering a choice of the mechanics from the production Fiat 1300 and 1500 saloons.

Ellena’s 1500 two-door 2+2 coupe also attracted the attention of Carlo Abarth – again – who intended to adopted it as a basis for a new model with a tuned Fiat 1500cc engine. Yet again production did not follow, this time for reasons beyond the control of both parties. In 1964, Ezio Ellena and Luciano Pollo decided to go it alone in marketing the Fiat 1500 2+2 and modified it slightly, in particular by adopting the original equipment grille, lights and the dashboard from the series version in order to reduce construction costs.

Also in 1964, and again at the instigation of – guess who – Carlo Abarth, Ellena presented a pretty spider on the chassis of the Fiat Abarth OT 1000. It was modified to accept the spare tyre placed horizontally within the thin nose. Of particular interest was the interior of the car, fitted out with the requirements of a sportscar, but also very elegant thanks to its good design. Sadly, even the Fiat Abarth OT 1000 Spider never made it to production and the disenchanted company continued to survive with work on behalf of other manufacturers and coachbuilders. In 1966 Ezio Ellena and Luciano Pollo decided to pursue other interests. 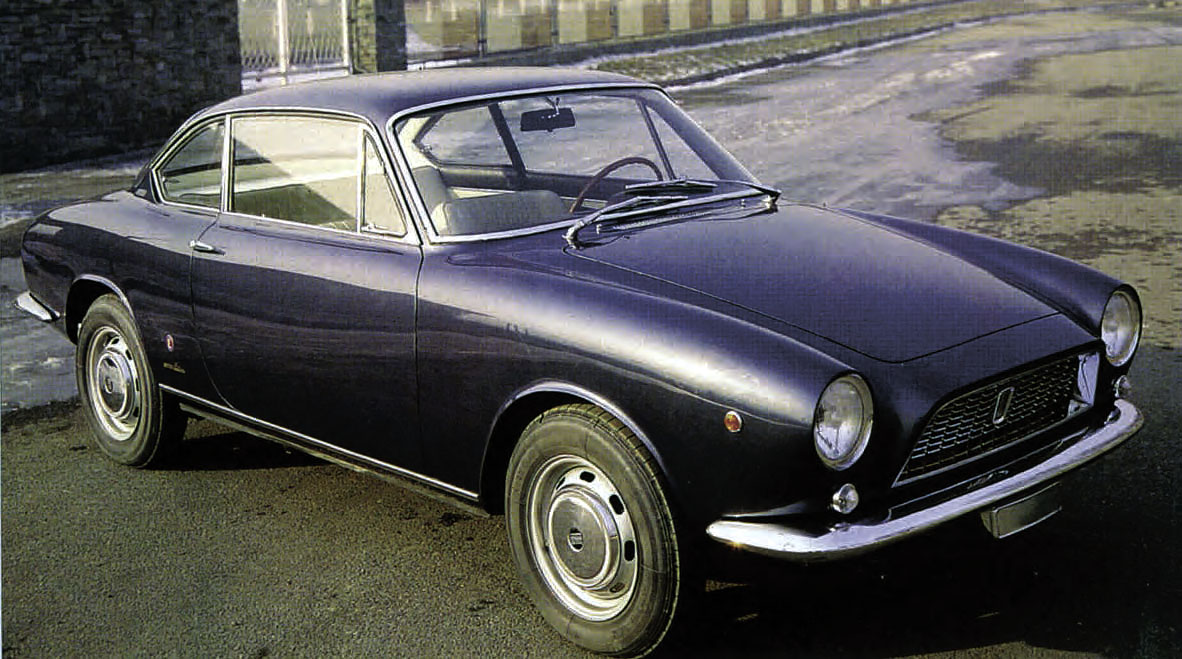