THE MARKET / Buying Guide / What’s sold, what will; buy a Peugeot 304 Cabriolet

Few classic cars are prettier than a Pininfarina-styled Peugeot Cabriolet. From the sexy 504 V6 to Columbo’s iconic 403, all combine French understatement and Italian flair, and not least the little 304Cabriolet. Although none of the mare particularly pricey in the grand scheme of things, the 304 – as well as earlier 204 – remains a tempting proposition at considerably less than £10,000.

Starting life in 1965, Peugeot’s little 204 saloon represented a revolutionary step for Peugeot. An 1130cc four-cylinder engine was mounted transversely up-front, driving the front wheels through a four-speed manual gearbox. Perfect for maximising the available interior space, but also responsible for the 204’s capable handling. Disc brakes were a standard feature up-front, along with independent suspension front and rear. 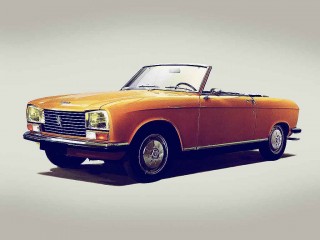 It was an instant sales success, and a year later further body-styles were introduced, pushing Peugeot ahead of Citroën and Simca for market share in the company’s native French market. Along with the launch of a useful estate, ‘fourgonette’ van and three-door coupé versions, the Cabriolet was introduced in October 1966. The basic mechanical underpinnings remained the same but, with shortened wheelbase and chopped roof, Peugeot’s baby took on a somewhat different character. Although strictly a two-seater, it wouldn’t be fair to categorise it as a sports car, as with just 53bhp the 204 is definitely more of a cruiser. Progress is leisurely, with 0-60mph taking around 18 seconds, and top speed heading towards 90mph.

Peugeot revealed the new 304 in 1969, based on the 204 platform but with larger engines and 504-inspired front and rear styling. The 204 stayed on as a more humble cut-price saloon and estate, but coupé and cabriolet were updated to 304 spec from 1970. At this point the 304 Cabriolet was officially imported into the UK with right-hand drive.

Power was increased to 65bhp with the new 1288cc engine, making progress slightly less tedious, but the twin-carb ‘S’ option in 1972 – made standard from 1973 – increased output to a much more satisfactory 75bhp. Production stopped in July 1975.

In total, just over 18,000 304 Cabriolets were produced, a similar number to the earlier 204, but only 836 were right-hand drive and sold in the UK. Perversely, this rarity and exclusivity has almost certainly made the Cabriolet the most common version in the UK today. There’s a small band of enthusiasts, and the excellent resource www. peugeot304.com estimates the current UK presence at about 60 cars. How’s that for rarity? 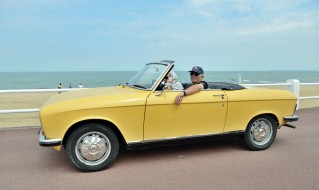 Having said that, tracking down a 304 Cabriolet shouldn’t be too difficult, especially if you expand your search to mainland Europe. It’s a fun little car that offers exclusivity as well as surprising practicality thanks to its economy-car roots. It might have been overlooked by enthusiasts over the years, but that also makes it one of the most affordable (and arguably interesting) paths into the world of stylish Pininfarina convertible ownership. You just need to be patient enough to find the right car.

Good solid runners start from around £3000-4000, with cars in great mechanical and bodily condition running up to £8000-10,000. You won’t pay any more for a 304 over the less powerful 204, but unless you are married to the earlier car’s styling it’s the one to go for. There’s a healthy supply of cars in Holland and France, but they will always fetch higher prices in mainland Europe.

One of the big problems that comes with any rare and relatively low-value car is the sourcing of spare parts. The 204’s mechanicals are robust, and, although new parts are hard to come by, secondhand spares are out there. A grasp of French will help you find parts on Leboncoin and eBay. Importantly, check the condition of the rear lights, as these are unique to the Cabriolet.

Corrosion is your biggest worry, especially if the car has lived in the UK its whole life. Give the entire underside a thorough inspection for structural rot, while care should be taken to make sure all body panels are in sound condition. Replacements will not be easy to source.