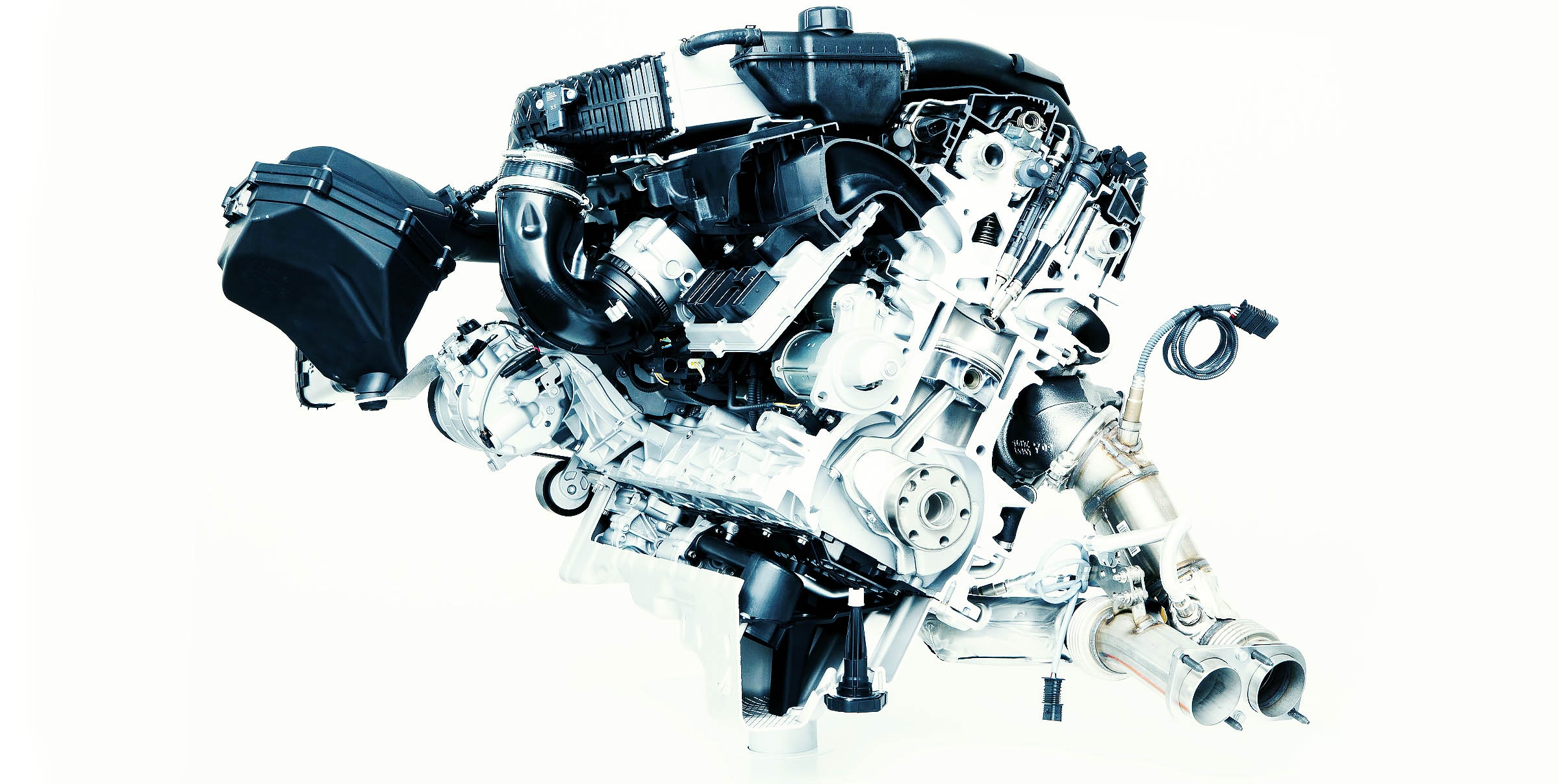 While it’s early days for the S55, the aftermarket has been quick to crank out performance upgrades and you can get a serious increase in power without too much hassle. Step one is a tuning box, which will give you the biggest increase – there are plenty available from companies like Evolve, Burger Tuning and BW Auto Repairs, and you’re going to get around 40hp and 60lb ft in an instant, giving you 470hp and around 470lb ft, and this would be our first port of call. Step two would be the addition of some downpipes from a company like Gintani or Zima Motorsports, which will help the turbos to spool faster and will also give you another 20hp or so and around 35lb ft of torque, which will take you up to almost 500hp and over 500lb ft of torque. Finally, you might want to top the whole lot off with an exhaust and in dyno testing Akrapovic’s system has shown gains of around 7hp, which you probably won’t notice, but it will also make one heck of a noise, which you probably will.

After the S65B40 in the E9x M3 family, its replacement was going to have a hard act to follow as the S65 was an awesome powerplant and, even though it probably wasn’t on BMW’s list of concerns, the thought of a turbocharged M3 was not something that pleased the purists so something that could silence the naysayers would definitely be a welcome bonus.

The S55 that emerged may not have seemed all that impressive upon first glance, seeing as it was based on the much-used N55 that had featured in BMWs across the board, but more than a moment of research revealed just how much work BMW had put in beneath the surface, with 75% of the components coming from the N55 and the remaining 25% having been developed specifically for the BMW S55.

At 84mm and 89.6mm, the bore and stroke are the same as those of the non-M engine giving the S55 the same capacity, but BMW M chose to employ twin turbos as in the earlier N54 as opposed to the single turbo arrangement of the N55, and they are unique to the S55, with a lightweight design and electric wastegates. Rather than going for a huge increase in power, BMW chose to employ a lightweight philosophy for the M3 and M4, managing to save weight over the smaller outgoing model and so the power increase was extremely modest, just 11hp more than the S65, though it is produced lower down the rev range between 5500- 7300rpm, still rather lofty for a turbocharged engine meaning you can enjoy using all of the rev range. The move to forced induction did mean that the S55 is rather better endowed than the S65 in the torque department – where the naturally aspirated V8 had to make do with 295lb ft, the same as the N55, the twin-turbo S55 develops a hearty 406lb ft from 1850-5500rpm, giving it some serious mid-range punch. The engine also employs direct injection, Valvetronic, double Vanos and uses a closed-deck crankcase design, which increases rigidity and allows cylinder pressure to be increased for maximum power. Instead of cylinder liners, the cylinder bores of the S55 feature a twin-wire arc-sprayed coating, which helps to reduce engine weight and there’s a forged, torsionally rigid crankshaft, which both increases torque-carrying capacity but is also lighter and its reduced rotating mass improves throttle response and acceleration.

The S55 features a high performance cooling system, with a large chargecooler with additional radiators for the water circuits, turbocharger and transmission oil, while an electric coolant pump cools the turbos when you turn the engine off. The S55 also employs a lightweight magnesium sump that features a special cover to limit the movement of the oil under extreme cornering, and during heavy acceleration and deceleration an oil extraction pump and sophisticated oil return system located close to the turbochargers help to maintain uninterrupted oil circulation. The exhaust system uses an electronically-controlled flap arrangement located just before the rear silencer that reduces back pressure and gives the engine a soundtrack befitting an M car. The icing on the cake is the huge increase in efficiency – mated to the DCT gearbox, the S55 puts out just 194g/km of CO² and can return 34mpg on the combined cycle, numbers the S65 and E9x M3 could only dream of.