Sometimes, the most passionate love affairs in life are those that come out of nowhere. There you are, perfectly content with the way things are going, then BAM – something even better comes along to improve your life that little bit more. 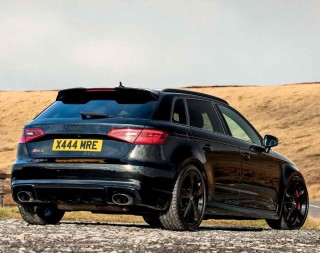 It’s this rather pleasant phenomenon that occurred recently with young Marcie here. Owning and driving her beloved MINI Cooper S John Cooper Works pocket rocket from new and never failing to be impressed with the car’s infamously fun and lively driving characteristics whenever she took it for a blast, if you were to tell the Marcie from one year back that in 12 months’ time, her faithful MINI would’ve been sold on for something new, you’d probably have been greeted to a shocked and surprised face.

“I absolutely loved this car,” she admits. “I always go for the hatchback shape… saloons just aren’t the same for me.” Fast forward to the end of 2018, and an unexpected opportunity arose for Marcie to swap up her MINI for something even more potent…

“My partner, Josh, was upgrading from his RS3 to an RS6 [a car you can read more about over on Pg XX right now, in fact],” she continues. “I’d had the pleasure of driving the RS3 in the past and absolutely loved the power. Parting with the MINI wasn’t easy, though!” Soon biting the bullet and selling up her go-kart like JCW, Marcie soon became the proud owner of this equally tasty RS3 – a pre-facelift 8V that came complete with the super-rare Black Edition styling tweaks to make it look that little bit more sinister.

Anyone who knows Marcie’s partner, Josh, won’t be too surprised to hear that this slice of Audi’s super hatch was already rocking a serious modified spec list in the form of a Stage 2 map and plenty of hardware goodies to really bring out that five-pot magic to its full potential, but Marcie was keen to put her own personal stamp on the car from the word go.

“I was happier with Stage 1, so began the process of making the car as accessible and fun to drive as possible,” she tells us. The hardware highlight has to be that sumptuous carbon fibre cold air intake system from US tuning guru 034Motorsport. Taking the already-well designed factory intake and throwing it out of the window to offer up a unit that provides far better air flow, it’s the perfect addition to the APR Stage 1 map that was dialled into perfection by the team at Sheffieldbased CLP Automotive.

These modifications alone have been enough to bump peak power up to a supercar-worrying 470bhp – effortless grunt from this winning Quattro platform and that dual-clutch ‘box that makes driving this car a real thrill. “It’s super-fast but I rarely drive it to its full potential,” a sensible Marcie adds, content with the knowledge that there’s always plenty of grunt in reserve should she ever need it.

It wasn’t just performance that was touched upon as she took ownership of this black beauty, however. “Josh had fitted with an anti-theft motion-detector device; this was good but when living and parking on a main road the alarm used to go off all the time with passing cars and pedestrians! So that was removed,” Marcie explains. “It’d also had a pedal tuning box fitted which helped with response but threw up some problems, so that was taken out, too.”

Quickly getting to a stage that Marcie was over the moon with matching the same fun, chuck-able characteristics her MINI offered up, it’s worth taking a look at the styling highlights that help set this fourringed beast apart from the rest, too.

Coming from the factory as a rare Black Edition means that the blacking-out of the normally-silver styling touches that RS3s are famed for is already done for you – a touch which many owners choose to achieve on standard models. The affected areas include the front grille, those front blades, as well as the rear diffuser, giving off a seriously stealthy aesthetic to this Sportback that’s hard to argue with. Marcie’s added to the theme by powder-coating the once-silver alloys to match the dark hue, ensuring the car flies even lower under the radar for those who aren’t as clued up about their motors.

It’s currently largely up to the car’s hugely competent factory suspension system and stoppers to control the car through the twisties – and so far, they’ve proven more than a match to the extra 100-odd horses that’ve been added to the car. “It’s been slightly lowered which means it can be a hard ride, that’s the only downside at the moment,” Marcie admits.

For someone who’s a self-proclaimed hot hatch lover, it’s fair to say that Marcie has probably reached the top of the pile as far as these compact sports cars go. With some subtle re-working to bring out even more madness from that magical five-pot motor and ensure the enjoyable drive-ability from her previous MINI remains in spades, this is one RS3 that strikes the perfect balance for an everyday toy. We just wonder where she’ll go from here…

TUNING CONTACTS Dan Cockayne at CLP Automotive in Sheffield (www. clpautomotive.co.uk) – he has done all the modifications on my MINI JCW, RS3 and Josh’s RS6

Dream car? I’m waiting for the Audi RSQ8 to be released! But also on the hunt for a Merlin Purple RS3 with a sunroof 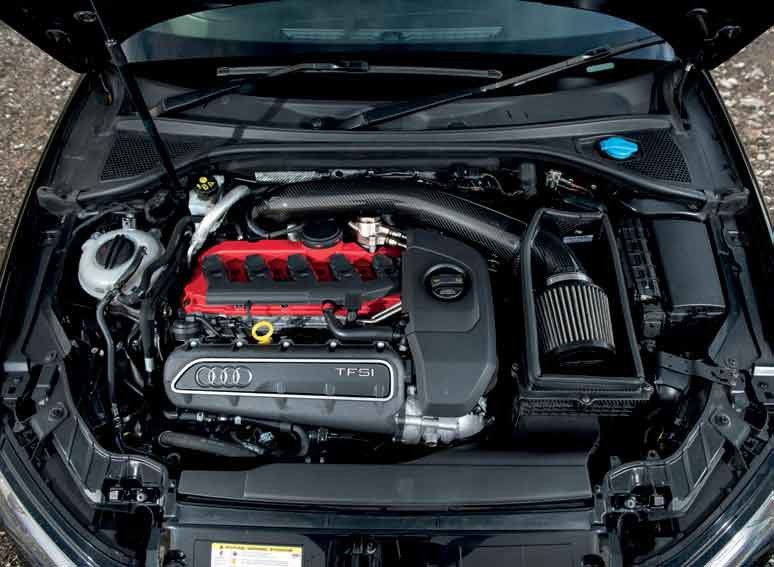 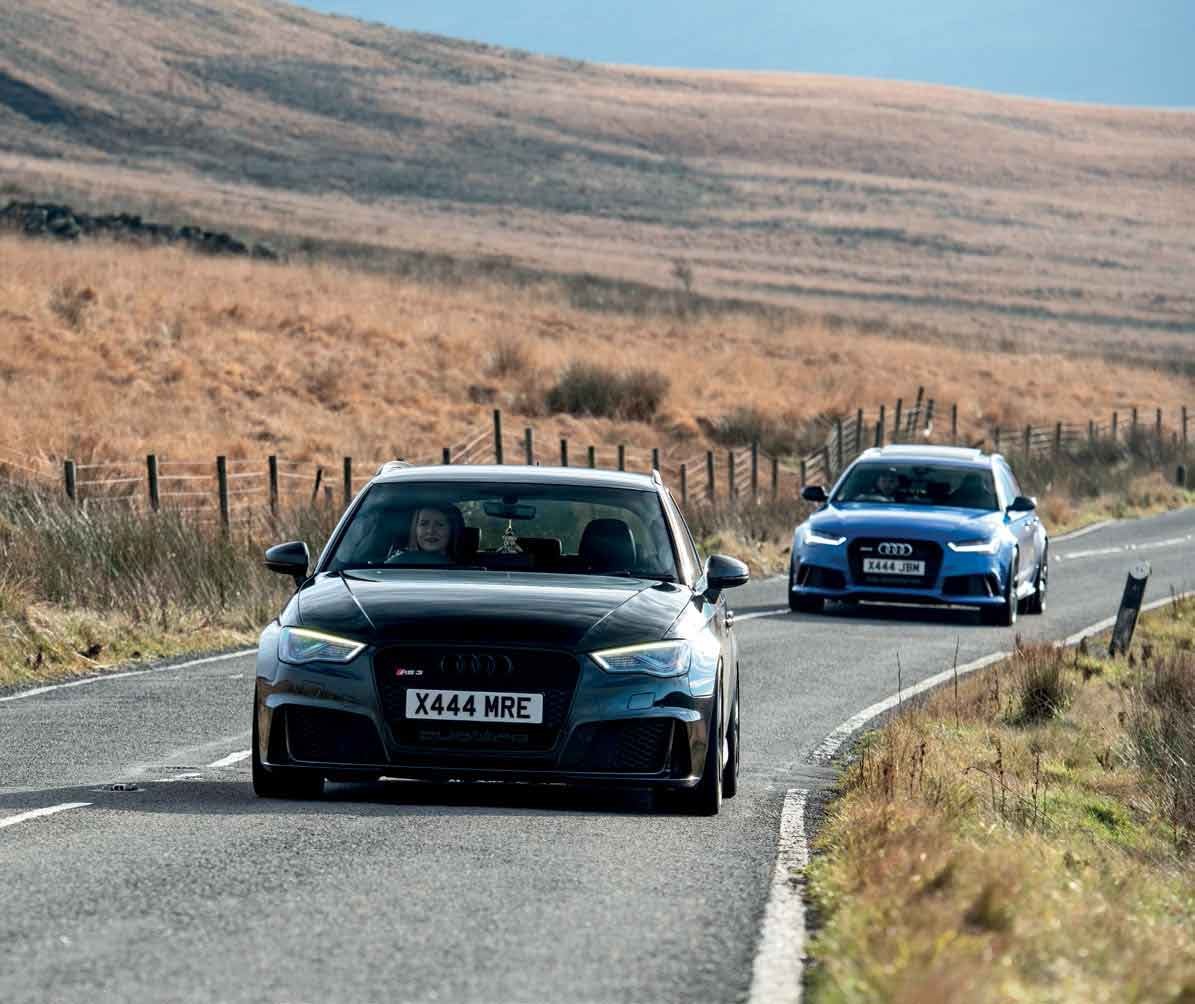 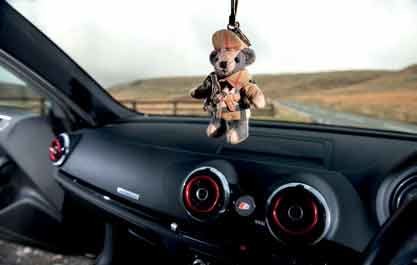 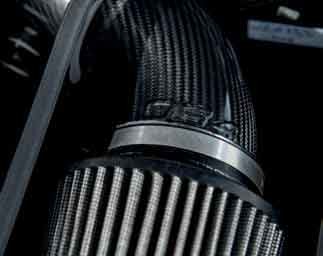 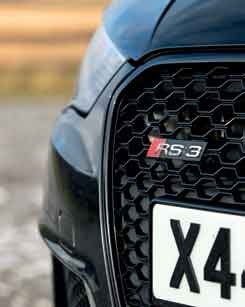 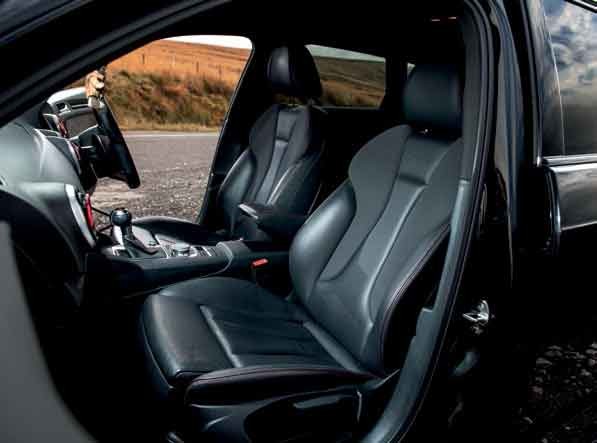 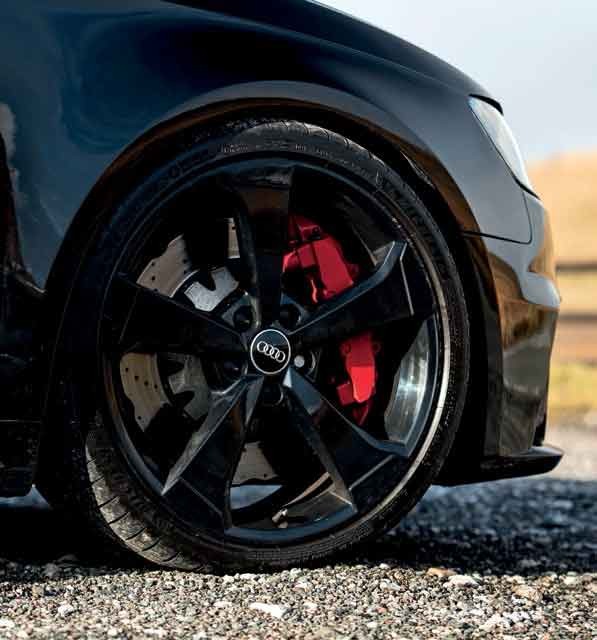 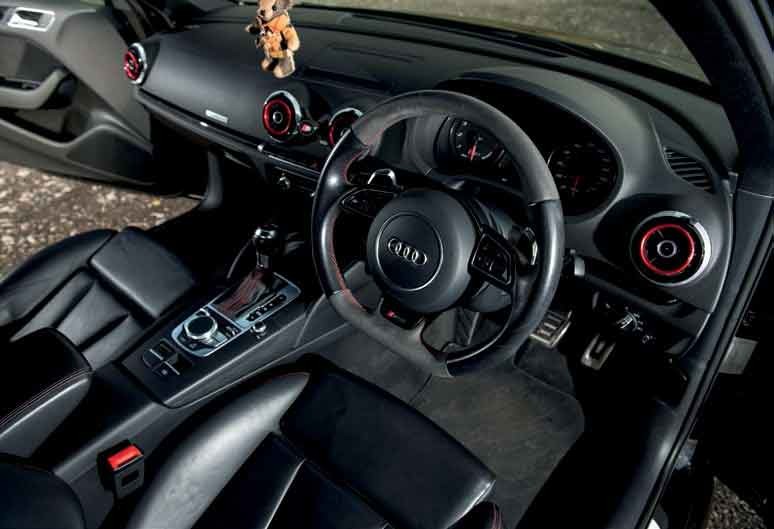 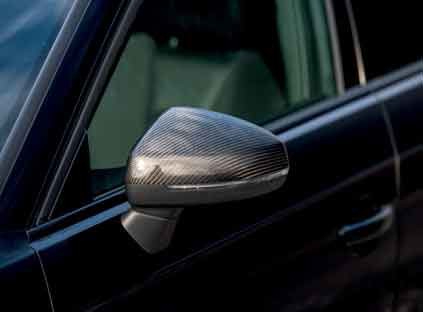 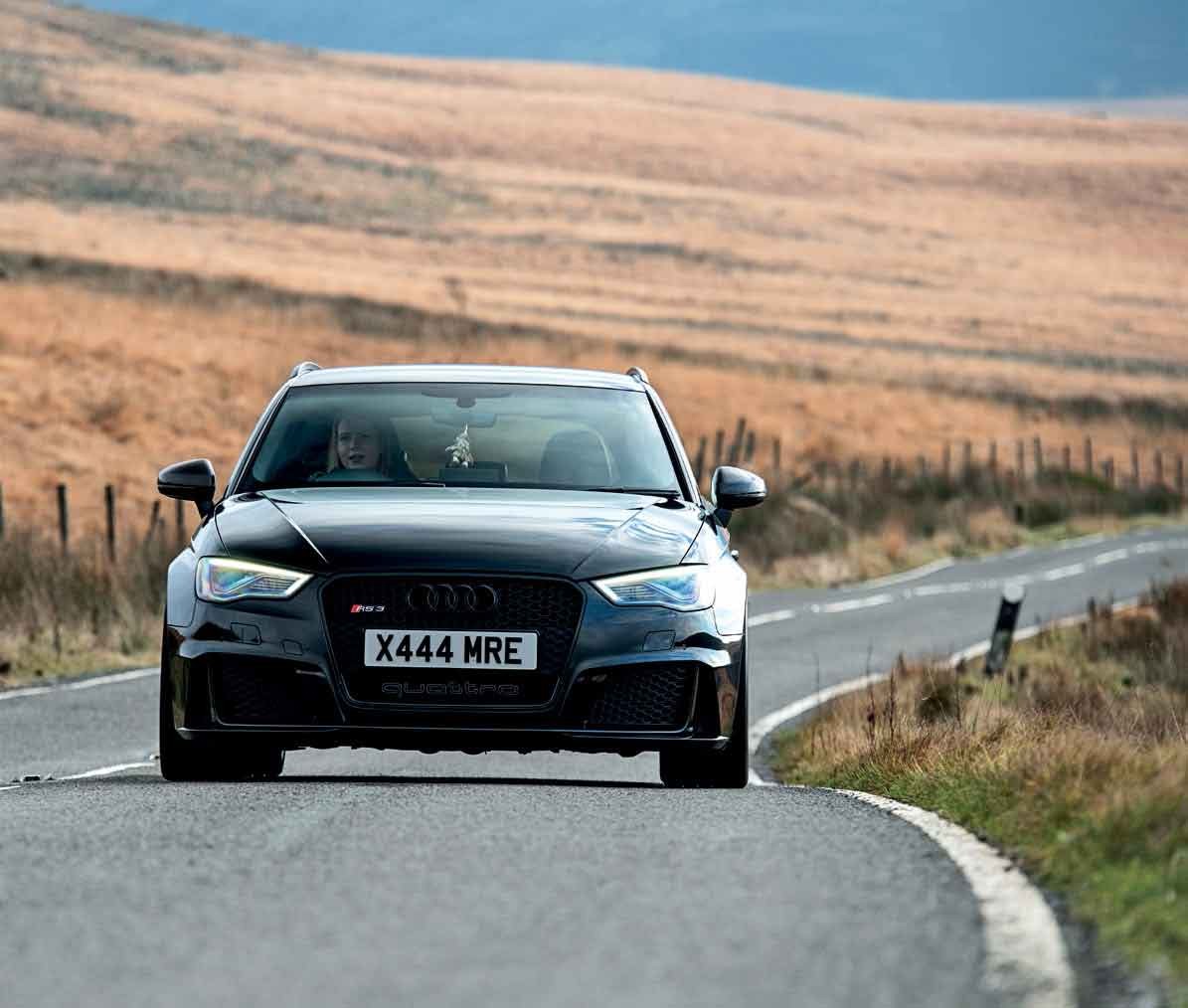 If you hadn’t already noticed, ‘black’ does indeed seem to be the main theme of this car throughout. There’s plenty of red touches dotted around to set off the dark colour scheme though, such as on those huge 8-pot front brake calipers and also the detailing on that sumptuous leather/Alcantara interior. It all adds up to create one of the classiest-looking RS3s we’ve seen in a very long time indeed.