They’re a car for somebody who appreciates BMW but wants something a little different, without going to one of the other tuning companies. Alpina’s the best known, a manufacturer even. They’ve got things spot on.’ It’s difficult to disagree with Alun Parry’s sentiment, whether you’ve just stepped from behind the wheel of a recent B3, or are staring, slightly misty-eyed, at his glorious 1982 Alpina B6 2.8 E21. Parry, head of press and PR at Suzuki UK, was working with BMW GB back in 1995 when he collected his B6 from its previous owner in Germany. The car, he says, had no trouble on the autobahn keeping pace with the 740i they’d driven down in… 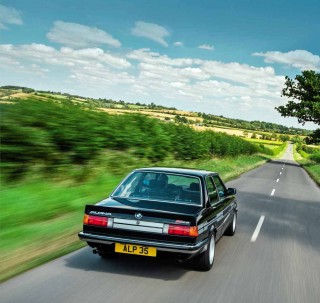 If you’ve been reading evo for a while, you may already recognise this car. Ten years ago it made a brief appearance in Fast Fleet alongside its contemporary equivalent, an Alpina D3 run by Roger Green. Both cars were built in the same factory in Buchloe, Bavaria, and while the diesel engine of the D3 might hamper its future-classic credentials, there’s little doubt Parry’s B6 is already there.

What you might not guess, looking at its rich coat of black paintwork and perfect silver Deko Set stripes, is that the car used to be green. ‘It was Cyprus Green originally. It was painted in 1998 by a friend of mine. He called me and said, “What colour do you want the car?” I said, “Well, green.” But he said, “It’s just a shell, so you don’t have to.” I thought maybe I’ll have it red, but then we went for black with silver decals.’

Between 1998 and 2003 the car underwent a total restoration. The result has stood the test of time, but for Parry it’s tinged with sadness too: ‘Unfortunately my best friend, Gary, a BMW specialist, passed away very suddenly last year. We did everything together on the car, and I’ve spent the last year helping to close down his business. I’m not sure who I’ll go to now…’

Parry uses the car sparingly, though its condition is also testament to his commitment to finding parts vital to its continued health. Shortly after buying the car he returned to Alpina and stocked up on parts, including a rubber spoiler, a set ofwheels, two full exhaust systems and even the last roll of seat cloth. ‘Alpina wasn’t too keen on selling that,’ Parry laughs.

There are amazing details every where, from the numbered dash plaque to the almost iridescent blue and green seat stripes. There’s a 98-litre fuel tank too, which mitigates the thirst of the 197 bhp, 2.8-litre six. Other touches include that two-branch exhaust, a larger radiator to handle the demands of the increased performance, and those iconic wheels – 6.5J x 15-inch up front, 7J x 15-inch at the rear. 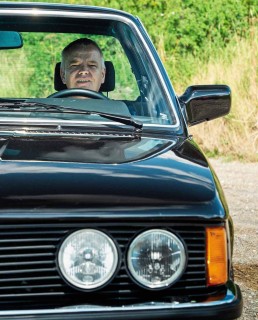 It’s joined by another car tucked away in the garage: a 1985 BMW 745i E23. Produced for the European market, it used a turbocharged 3.4-litre in-line six with 252bhp – and like the B6, Parry drove it 1300km back from Germany. It had originally been part of a collection from a BMW dealer in Tenerife, and the sun-drenched climate meant it was untainted by rust. It too features some unusual touches. It was built to tropical specification, and has a flocked dash top to reduce reflections, while exterior chromework, kidney grille aside, has made way for black trim. Unlike the B6, it required little work. ‘We cleaned it, fed the leather…

I’ve fitted some Alpina wheels, and I’m about to fit Alpina-spec springs.

‘The E21 is the best to drive, though,’ Parry continues. ‘It’s just so small and so manageable. Obviously they’re both left-hand drive, and you’re aware of the size of the 745i. And neither is geared for the UK to be honest – in the B6 you’re doing 70mph at way less than 3000rpm.’

Parry is no stranger to the BMW or Alpina marques, having owned six of the former and nine of the latter overthe years, from an E30 B6 3.5 to a more recent B3 3.2 Switchtronic. ‘I should have kept that,’ he says. But other cars have crept in here and there – Parry shows me a photograph of his old Mercedes-Benz 280SL ‘Pagoda’ W113, owned before prices went interstellar. So what’s next on the list?

‘If I had the extra money and storage, I’d probably buy a newer Alpina – maybe ten years old. Another car I’d like to have one day is a Lexus IS F. I worked on the press launch for that in 2008, just before I left to join Suzuki.’ Not a bad last launch, I say. ‘Well the last BMW launch I did was the Z8 E52, in Los Angeles. I’ve been very fortunate about the people I’ve worked with over the years and the cars I’ve been able to drive.’

Special thanks and remembrance to Gary Woollatt (1960-2018) of Autobahn Services for his invaluable help, friendship and advice.

‘THE E21 IS JUST SО SMALL AND SО MANAGEABLE’ 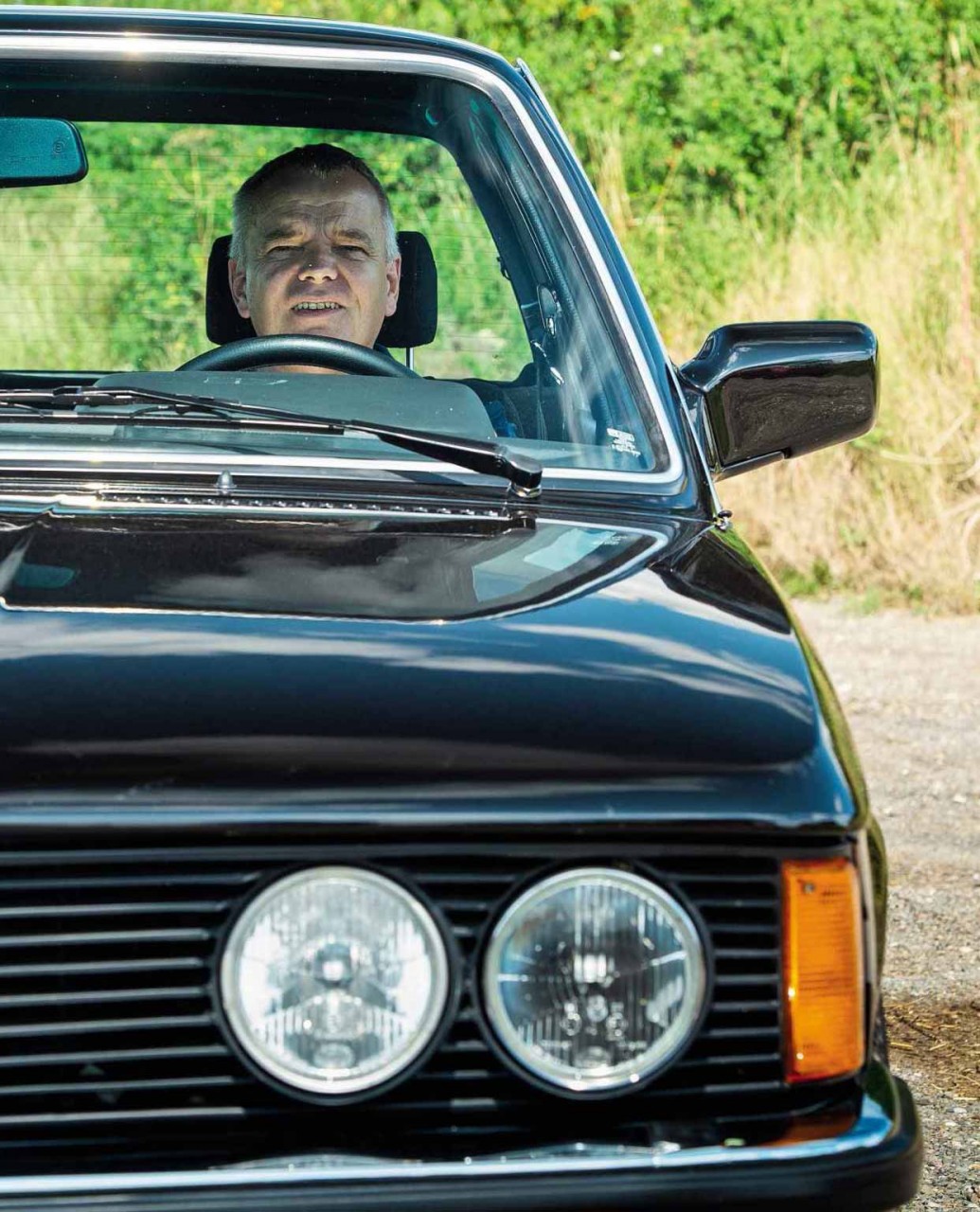 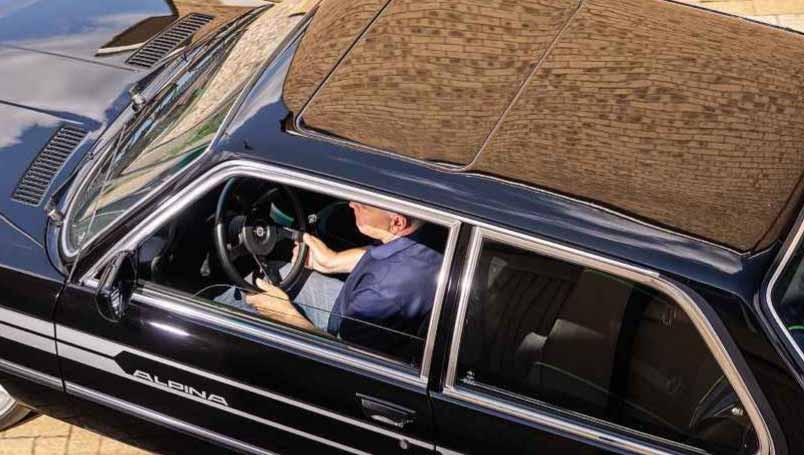 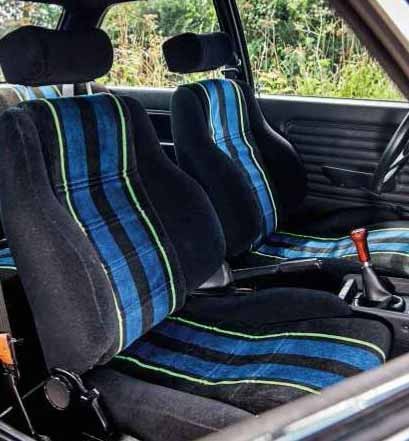 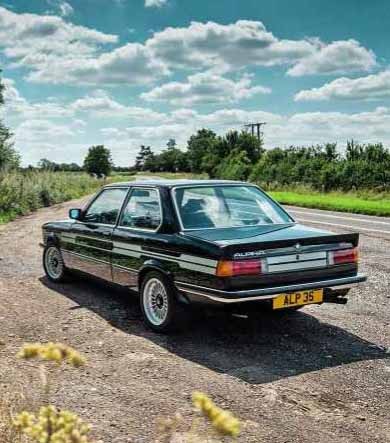 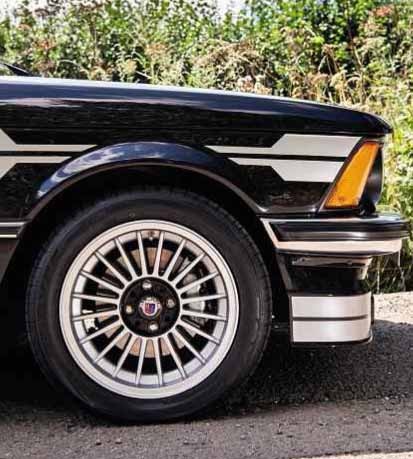 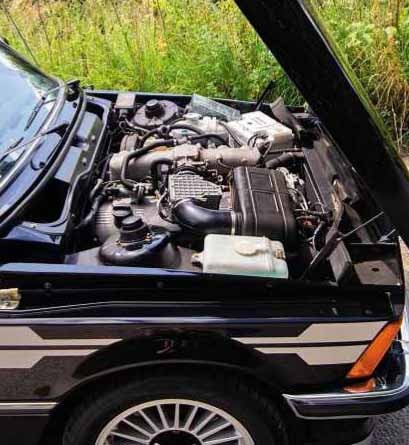 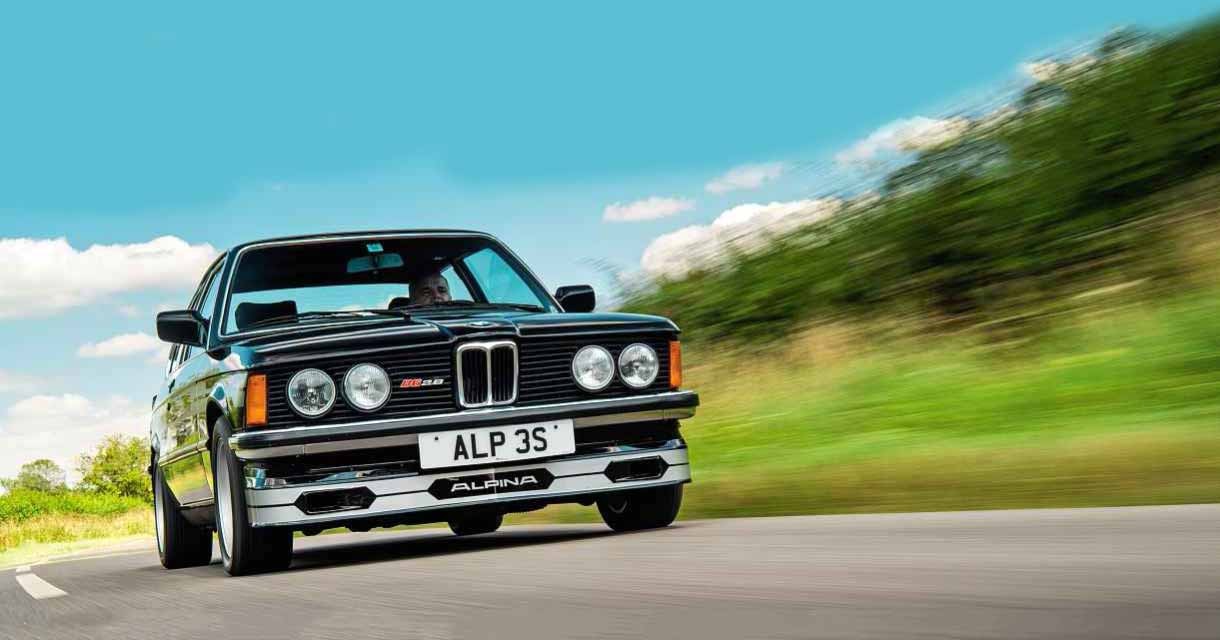 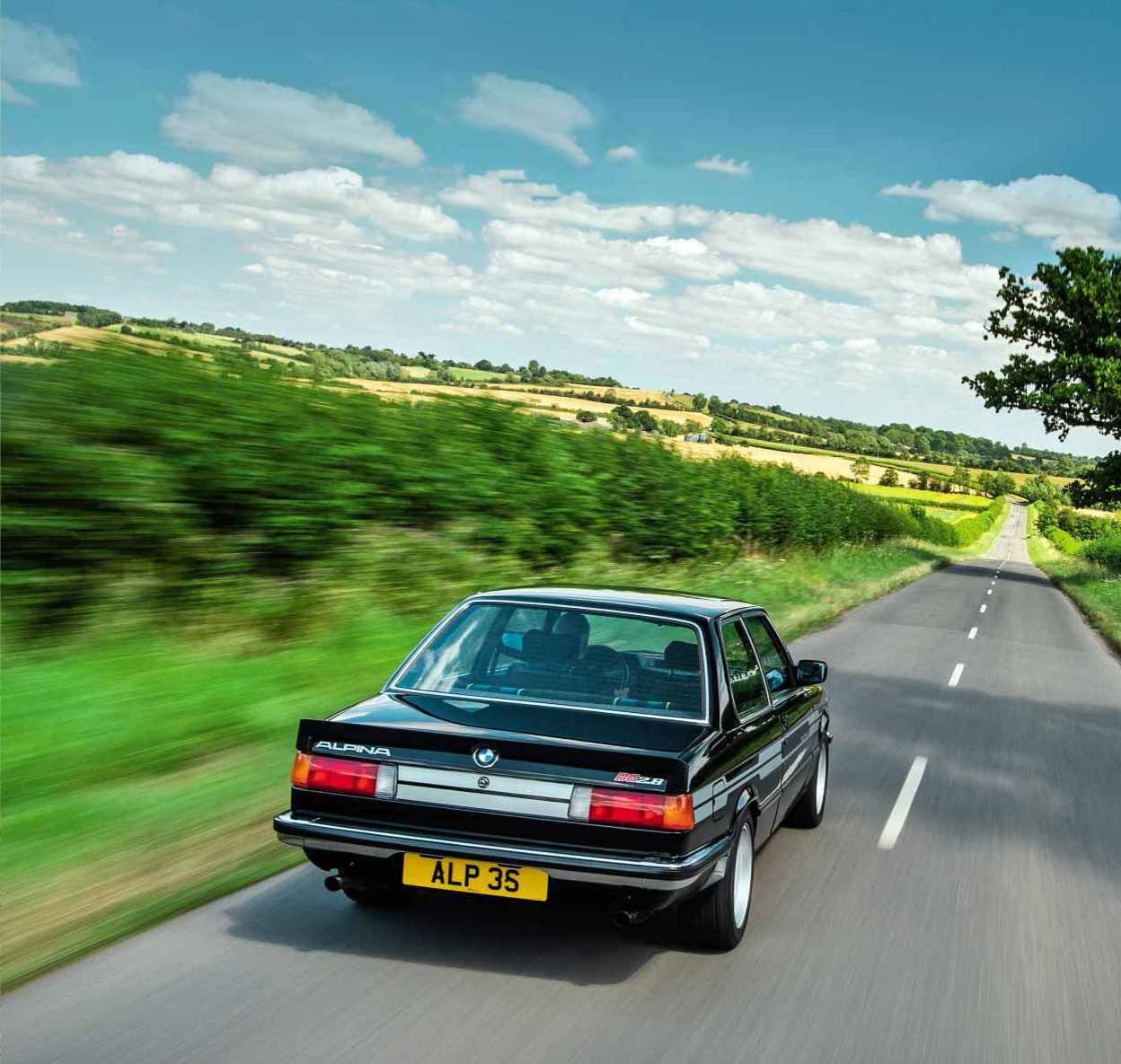 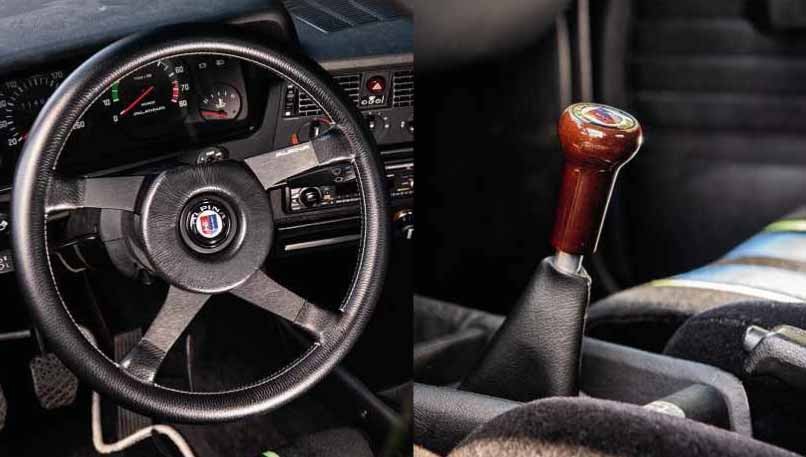 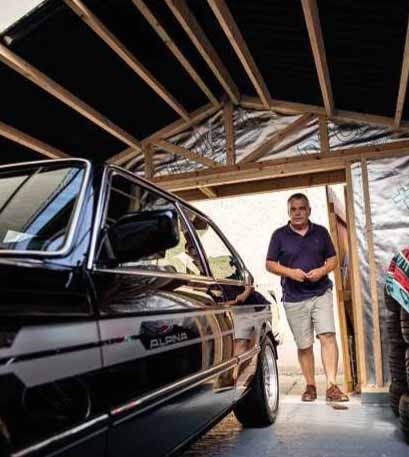