Every now and then a car comes along that is so ferocious and so fierce that you simply can’t ignore it. A few seconds of wide-open- throttle application via the power of social media and a decent set of speakers, and you’re in deep – hook, line and sinker into the build and its ancestry. What is it? Why is it making that much noise? How is it firing sparks from the tarmac from what appears to be well, on the surface at least, a 1990 E36 320i? As those sparks fly from the undercarriage and the aero canards lock it onto the tarmac hairs stand up on the back of your neck and you watch the video again and again, each time turning the volume up just that little bit louder. It’s seriously addictive stuff. 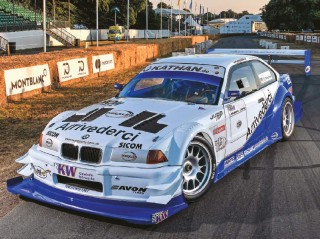 As many of you will be aware, this is no ordinary E36 320i. No, in fact it’s a continued work of almost constant evolution from a man who is widely regarded as the one of the most respected hill climbers of our generation. The man in question? Georg Plasa, that’s who, a guy who pretty much dominated European hill climbing from 2003-2009. At the age of just 13 he built his first cart – an aluminium space frame affair with a 5.4hp scooter engine on board. Georg spent more than two decades not only furthering his own hill climbing career, but also helping others to improve the competitive nature of their cars in order to make the sport more attractive to competitors and fans alike.

He is, and there’s no other word for it, a bit of a legend amongst the hill climbing fraternity, never more so than in Germany and Austria. Put it this way, he regularly offered setup advice to his competitors and even told them what he’d done to his car to get a few extra tenths out of it. Back in 1975 he also uprated his ‘cart’ with a 13.6hp Goggomobil engine and so was born race car “Plasa no.1.” It was to be the basis for future greatness. Having graduated through both 2002, E21 and even E30 rally cars through his early adult years, the time soon came for something more modern along with a slightly different discipline – we’ll come to that in just a moment.

Now, for those who don’t know, hill climbing is generally a form of amateur motorsport. In fact it’s safe to say its the oldest form of motorsport to have graced the planet – Shelsley Walsh in Worcestershire reports events taking place as early as 1905, while La Turbie near Nice recalls events being staged on 31 January 1897, so it’s safe to say it’s intrinsically linked to the birth of the motor car. The aim is quite simple – get to the top of the hill as quickly as humanly possible. The machines used for the job are generally sub-divided into different classes based upon engine size, suspension modifications, chassis design, body type etc. but fundamentally the unlimited class of European hill climbing is equivalent to F1 on track, if we can use that comparison, albeit without quite as much investment, no TV rights and no Bernie Eccelstone.

Hey ho, for Georg Plasa that meant he had to build, modify, fund and maintain his E36 on a comparative shoestring budget, but thanks to his good friend Klaus Wohlfarth (the KW of KW Automotive) he was able to compete and excel in his Elite class for more than a decade. Even now this world-famous E36 still holds track records for St Agatha and Mickhausen, so it was and still is weapons-grade machinery, something that was backed up recently during a commemorative trip to the Goodwood F.O.S where it completed the famous hill climb in 46.43 seconds, placing Joerg Weidinger in third place overall in the King of the Hill category and just 2.5 seconds behind the podium-topping Volkswagen I.D. R Pikes Peak electric prototype race car. So, you might well be asking, what made the car such a vicious competitor in the very top tier of the German and Austrian FIA Hill Climb Cup? The answer is the V8 under the bonnet. And what a V8 it is. A seminal work of 10,200rpm redline lunacy that displaces 3278cc and originates from the lofty heights of F1, Le Mans and the fabled workshops of Engine Developments LTD, thanks to its JUDD range of power plants, this particular specimen being a KV675. John Judd and Jack Brabham originally set up their firm to build engines for its racing efforts in the early ’70s, but this particular V8, an engine that was actually used as an evolved Le Mans motor, is a development of a Formula 3000 engine that was redesigned with a capacity increase to withstand the relentless onslaught of 24 hour endurance racing. Nevertheless, its roots are directly descended from the granddaddy of motorsport – F1. Were it to go on “Who Do You Think You Are?” it would no doubt be surprised to learn that its granddad once sat behind the likes of Emerson Fittipaldi.

Georg actually built this car himself, in his own garage, and was amongst the first privateers without manufacturer support to implement such a radical power plant solution into a ‘production car’ chassis. It now runs on MoTeC M800 engine management with launch and traction control, uses a sequential Hewland six-speed gearbox that allows full-throttle shifts and transmits its power to the back wheels via a CTG Torqline carbon fibre propshaft – on that basis it’s safe to say that nothing on this car is quite as it seems. The suspension pickup points have been radically altered and Georg, naturally, relies upon a set of KW three-way adjustable hill climb-specific, remote-reservoir coilovers with KW competition top mounts. Thanks to fully-adjustable anti-roll bars and a smattering of suspension components produced in magnesium, it is nothing short of extraordinary, something that’s further reinforced by titanium centrelock hub spindles; not a wheel adapter in sight here, ladies and gents. Hanging from those centre-lock hubs are a set of 10 and 10.5×18” BBS one-piece forged magnesium motorsport wheels, shod somewhat unsurprisingly in Avon racing slicks that measure a meaty 270/650 and 285/645 front and rear respectively. When the car was re-commissioned by KW, they approached Avon, who no longer offered the sizes they required, but after much deliberation it was decided to modify some existing moulds to make four more sets of the slicks just for the E36 JUDD V8 project – petrolheads at their finest! And did we mention that with the right aero setup, it’s also capable of 211mph?! Yep, that’s right, the aero is fully active and adjustable to provide a co-efficient of drag that varies between 0.36 and 0.51 depending upon discipline or course. With a kerb weight of just 895kg it’s also been stripped, lightened and optimised to within an inch of its life and that’s why so much of the bodywork is now made from carbon, with the boot, doors, bonnet, bumpers, wings, canards and the rear wing all being constructed from the mesmerising weave.

With much sadness, Herr Plasa lost his life in 2011 on July 10 at the 50th Coppa Bruno Carotti in Italy following a 120mph head-on collision with a rock face in his JUDD V8-powered 1 Series hill climber. His death had a huge impact upon Klaus Wohlfarth, so when Georg’s brother contacted Klaus and said several race teams were interested in purchasing the E36, it was only natural for Klaus to get first refusal. Having quietly acquired Georg’s BMW from the family after matching the highest bid and promising that he’d rebuild the car sympathetically without losing any of its motorsport legacy, it sat for several years, as Georg’s friends and family continued the grieving process, before they decided on a plan for their friend’s beloved race car. His good friend, Klaus, employed the services of the entire motorsport community to resurrect this work of art, and it’s a fitting testament to a man who was loved by many, respected by more and ultimately changed the face of European hill climbing forever.

It is, like many race cars, a masterpiece of engineering, devotion and love from all those involved. The intricacies of it are truly mind-blowing, more so than we can even comprehend, but that doesn’t mean we don’t love it immensely. You should too, especially if you choose to go on YouTube and enter JUDD E36 V8 into your browser. Do it, your life will change for the better. It certainly did for Joerg Weidinger when he took to the carbon fibre Recaro driver’s seat and smashed the E36 up the Goodwood hill climb, V8 revs flaring, crowd on the edge of their seats, heartbeats elevated, neck hairs raised. As a fitting testament to a true legend we can’t think of a better way to end this feature than by saying, Georg, people love you. 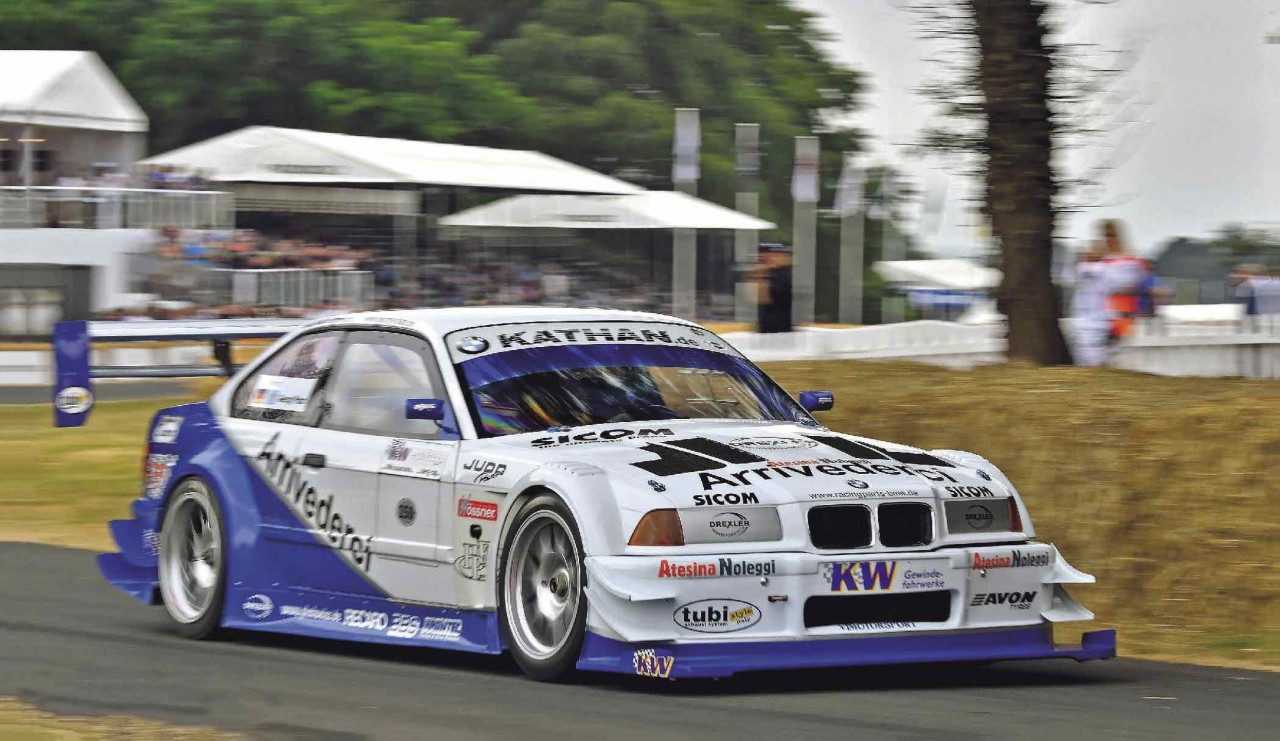 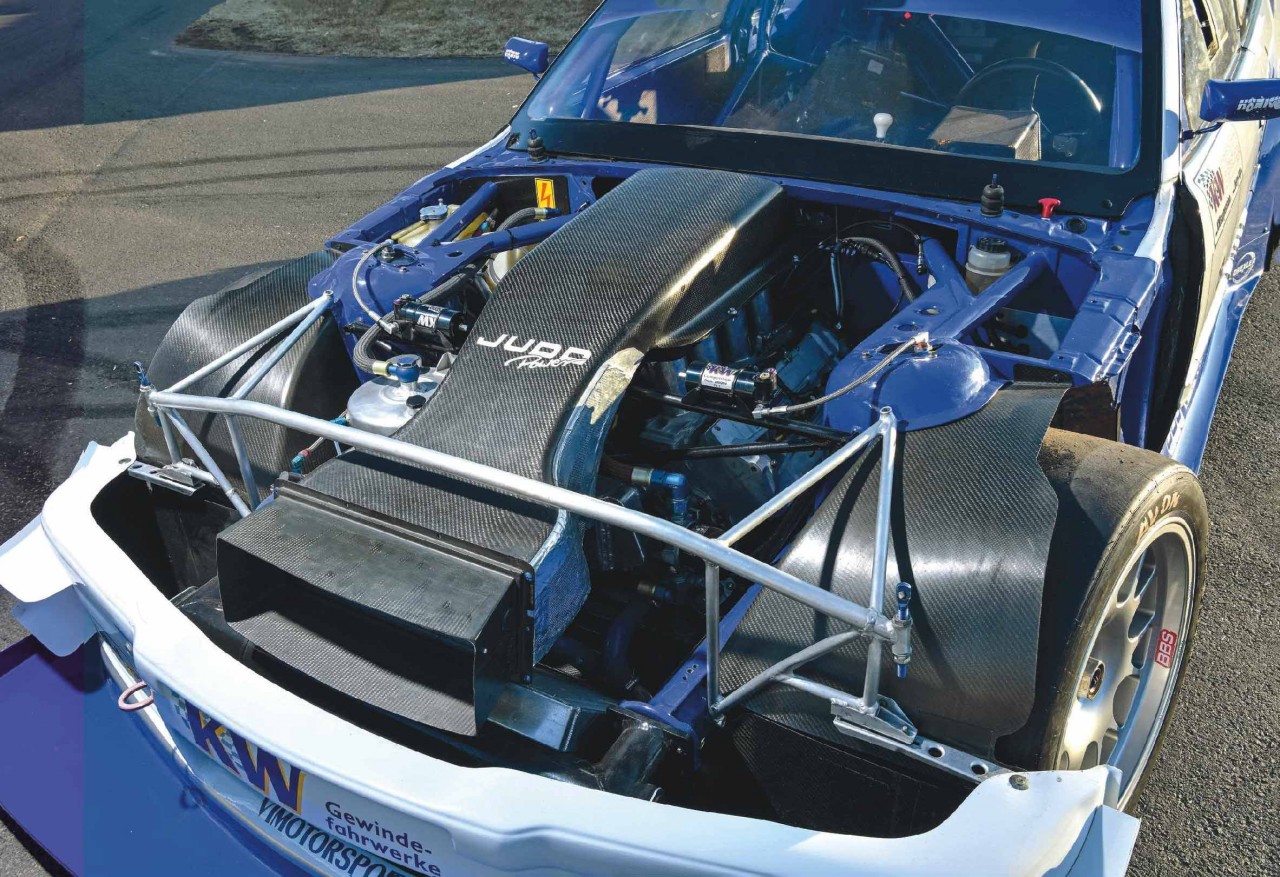 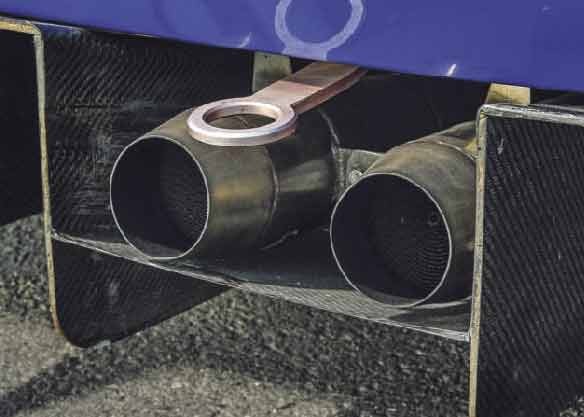 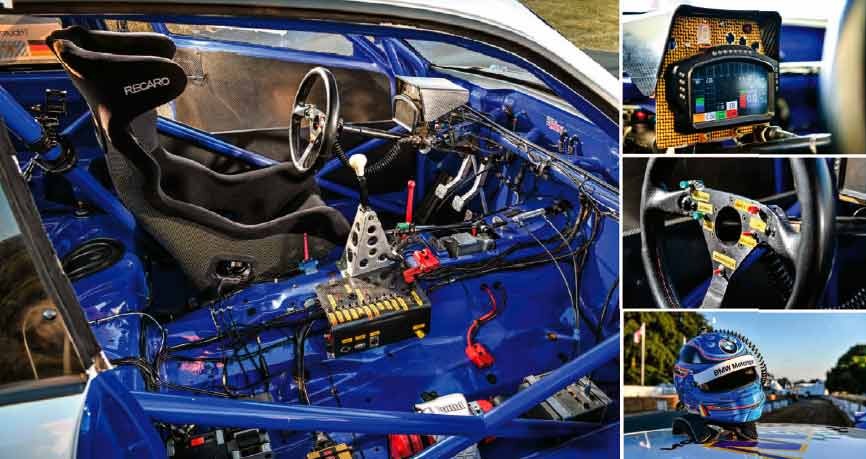 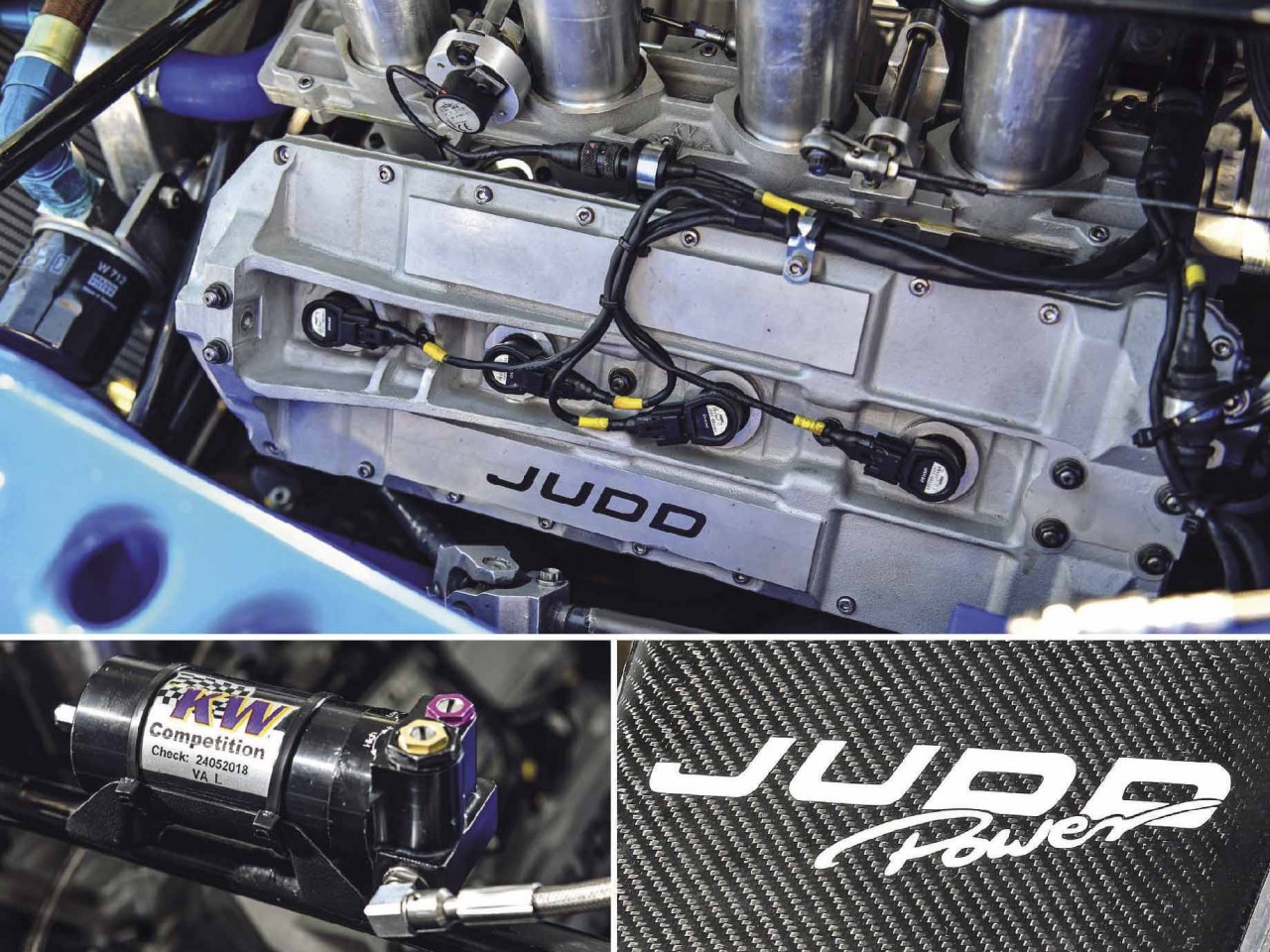 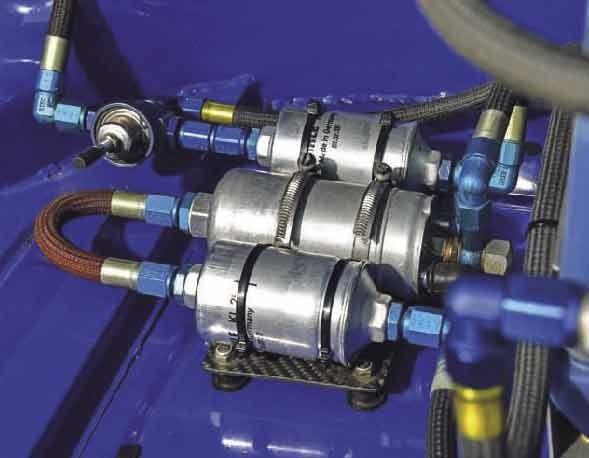 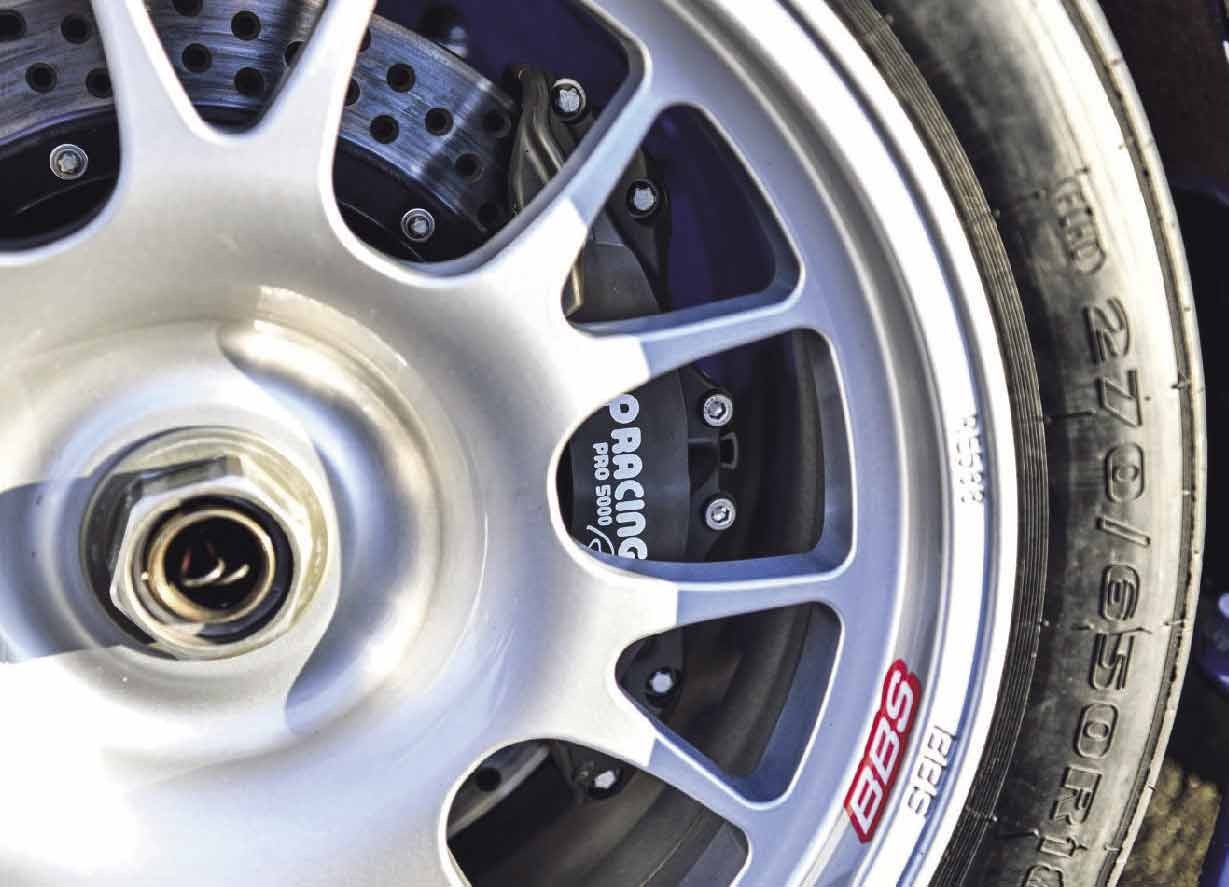 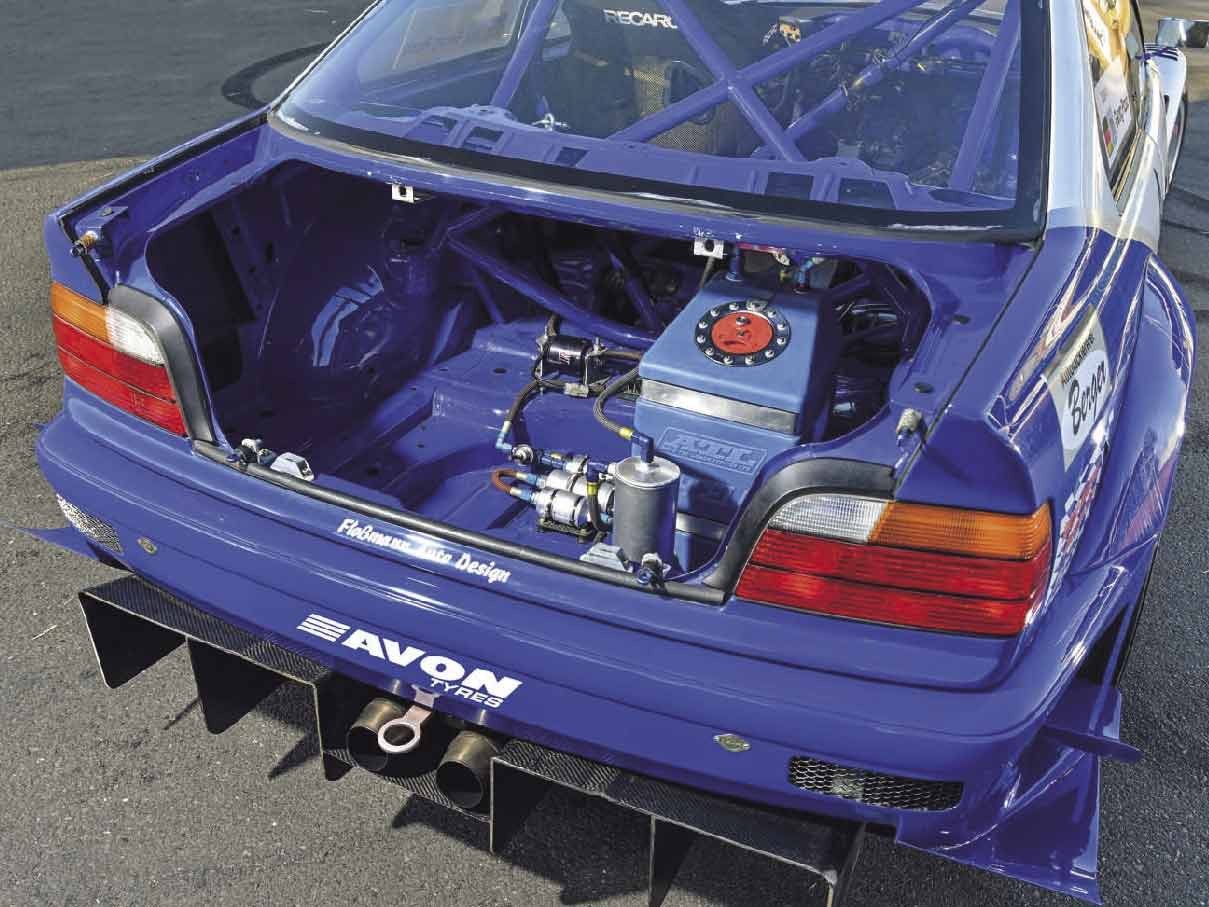