In this dreary day and age where the most exciting aspect of a new car launch often appears to be nothing more than an updated door handle or something equally as yawninspiring, it’s well worth rewinding the clock back to 1998 and reminding ourselves just what a colossal shake-up the Mk1 TT had on the motoring industry during its unveiling two decades ago. It was one of those rare occasion where the final design actually lived up to its stunning concept car blueprints, and you probably don’t need us to tell you just what a successful twenty years Audi’s compact sports car has enjoyed since; largely sticking to its original DNA to this very day and only cementing the awesomeness of the debutant car in the process. 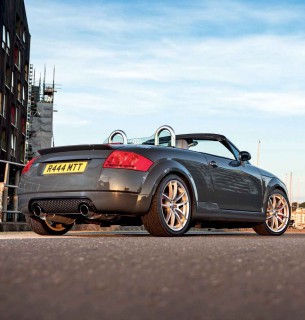 It’s something that didn’t slip 29-year-old insurance consultant Ryan’s interests at the time, either. “I’ve always loved the Mk1 TT,” he tells us with a glimmer in his eye. “The design is iconic and changed Audi for the better.” In fact, this finely-sculpted machine had such an impact on our protagonist here, that following a string of retro VW Polos in his late teens, he eventually snapped himself up a slice of TT goodness when his insurance premiums finally began to drop around the time of his 21st birthday.

“That car is a Denim Blue Mk1 TT coupé that I actually still own!” he grins, revealing that the car you see before you isn’t the only item he currently possesses that has the letters ‘TT’ stamped on its respective logbook. “It’s currently running Stage 1 and I love it just as much as I do my Roadster…”

This acts as a neat Segway back to the car that draws us into Ryan’s world today: this Nimbus Grey soft-top that was introduced to its proud owner around three years ago when he just had to add to his TT fix. “It already had a few modifications on it, and I was keen to add my own personal touch,” Ryan hints at what the next few years would entail, and as we’re about to find out, he’s certainly succeeded in his mission.

Let’s get one thing straight before we dive into the impressive spec list attached to this particular vehicle, though. Ryan isn’t the kind of guy to order a bunch of questionable cheap parts from the web, throw them on and simply hope for the best. Both of his TTs are meticulously cared for and tucked away in well-ventilated garages each night, with his Roadster taking the role of second car and meaning that it’s arguably even more pampered than his firstborn coupé. As such, the modification plan was strictly to enhance Audi’s factory flair and remind everyone that, even in 2018, the Mk1 TT remains seriously hard to beat.

With its rare colour scheme and 1.8T, 4WD-adorned manual powertrain, things were looking pretty epic before any tweaking had even commenced. Knowing only too well the capabilities of that celebrated boosted motor, you’ll now find the likes of a Simota carbon intake, Forge silicone hoses and plenty of polished metalwork under the bonnet that both improve performance and look superb in perfectly equal measures. If we’re putting a number to all this awesomeness, in fact, it’s around 280bhp from a custom re-map that’s promptly dispatched to all four wheels with the help of a Haldex sports controller that ensures grunt reaches the rear wheels far sooner than it would as standard.

It might look fairly standard from a distance at first, but there are several key touches to the car’s aesthetic now that help to signify this is no run-of-the mill Roadster. Subtle body upgrades such as a rear diffuser from the V6-powered car as well as the rear spats from a Sport model all help add to the cars curvy image. But it’s arguably those extremely rare ‘Votex’ alloy wheels – which may look extremely modern compared to the car itself but were actually a lesser-known optional extra at the time the car was new – that we think really sharpens things up the most. 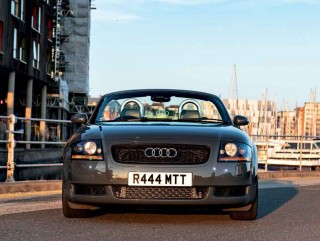 “When you see the exterior mods and also the bigger brakes, you know this is a performance Audi,” Ryan proudly says, touching on another couple of aspects of the car that’ve received equally as comprehensive attention paid to them: the braking and suspension systems. With a ‘Monster’ big brake upgrade on the front two corners coming courtesy of Hi Spec, the car effortlessly gives off aggressive motorsport-inspired vibes, set off by the squat stance offered up from Koni coilovers, R32 Golf anti-roll bars and plenty of bushing and bracing magic occurring underneath.

Our delighted owner carries out his enjoyable drives in his fair-weather companion from perhaps the most sumptuous part of all: that immaculate grey leather interior. Spiced up with touches like the Forge Motorsport gear knob, red LED lighting and plenty of carbon fibre dotted around, it really does look fresh enough to pass off as a brand-new car today.

“It’s mainly used for shows and the occasional blast on a sunny day; it’s mainly about performance and smiles-per-mile,” Ryan explains, confidently confirming it performs all of these tasks effortlessly and in a supremely satisfying manner. “I plan to keep it for a very long time yet, and just continue enjoying it.” With so much love for TTs clearly visible from this inspirational young owner, and with the commendable way he’s managed to freshen up this car in a way that never over-steps the mark, we don’t doubt these ambitious future plans for a second…

Are you a member of any club? TTOC as well as the Mk1 TT forum and community

The 1.8T will always be known as a hugely tuneable lump.

“This isn’t the only item Ryan currently possesses that has the letters ‘TT’ stamped on its logbook.” 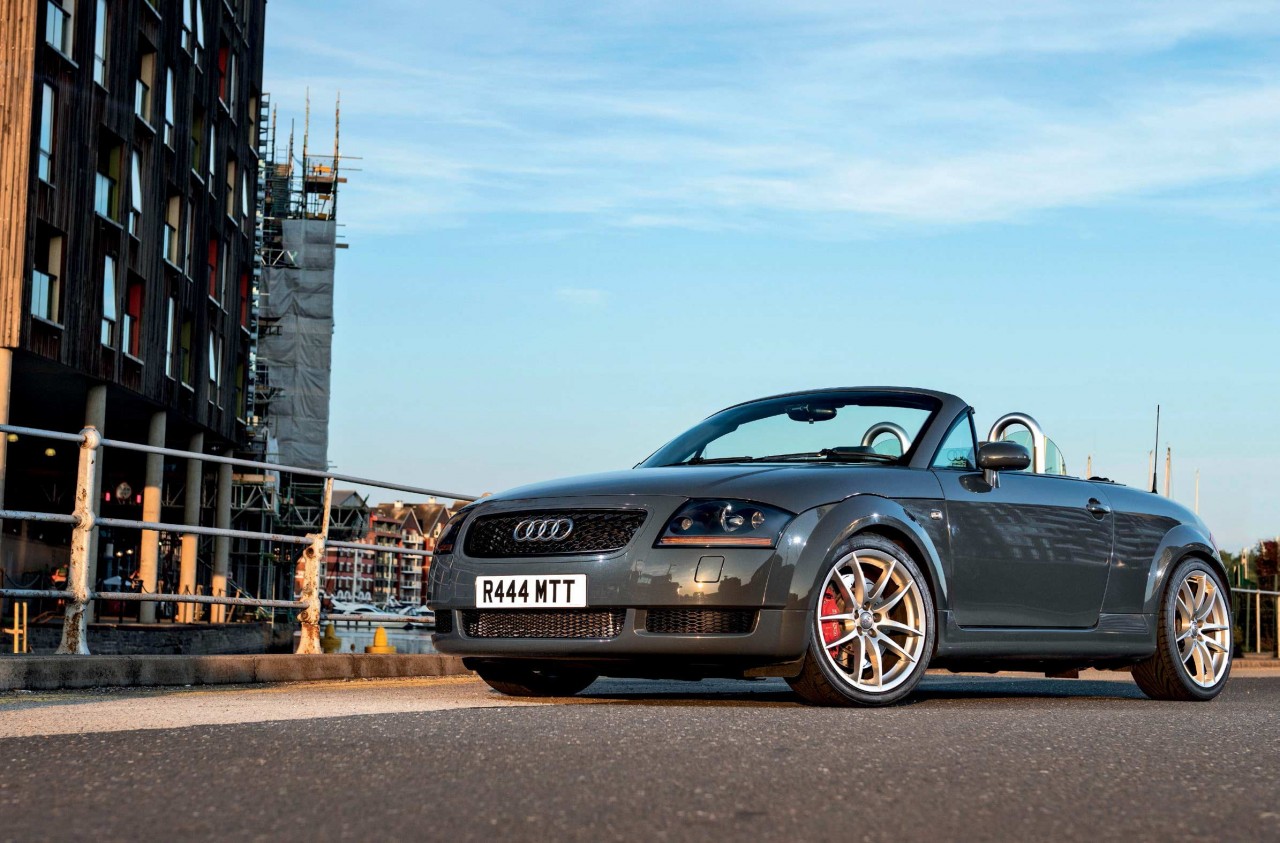 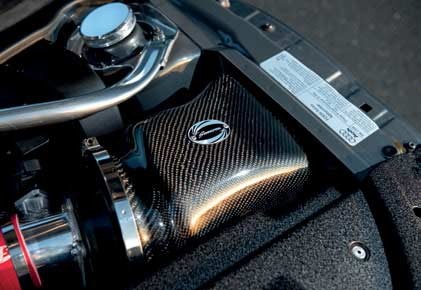 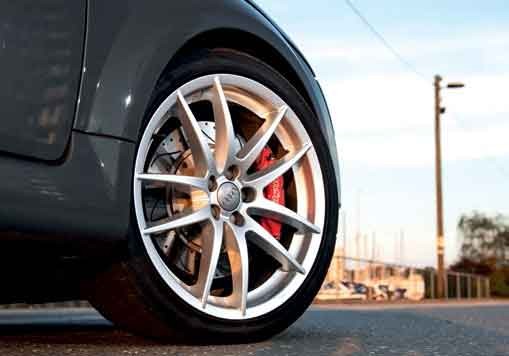 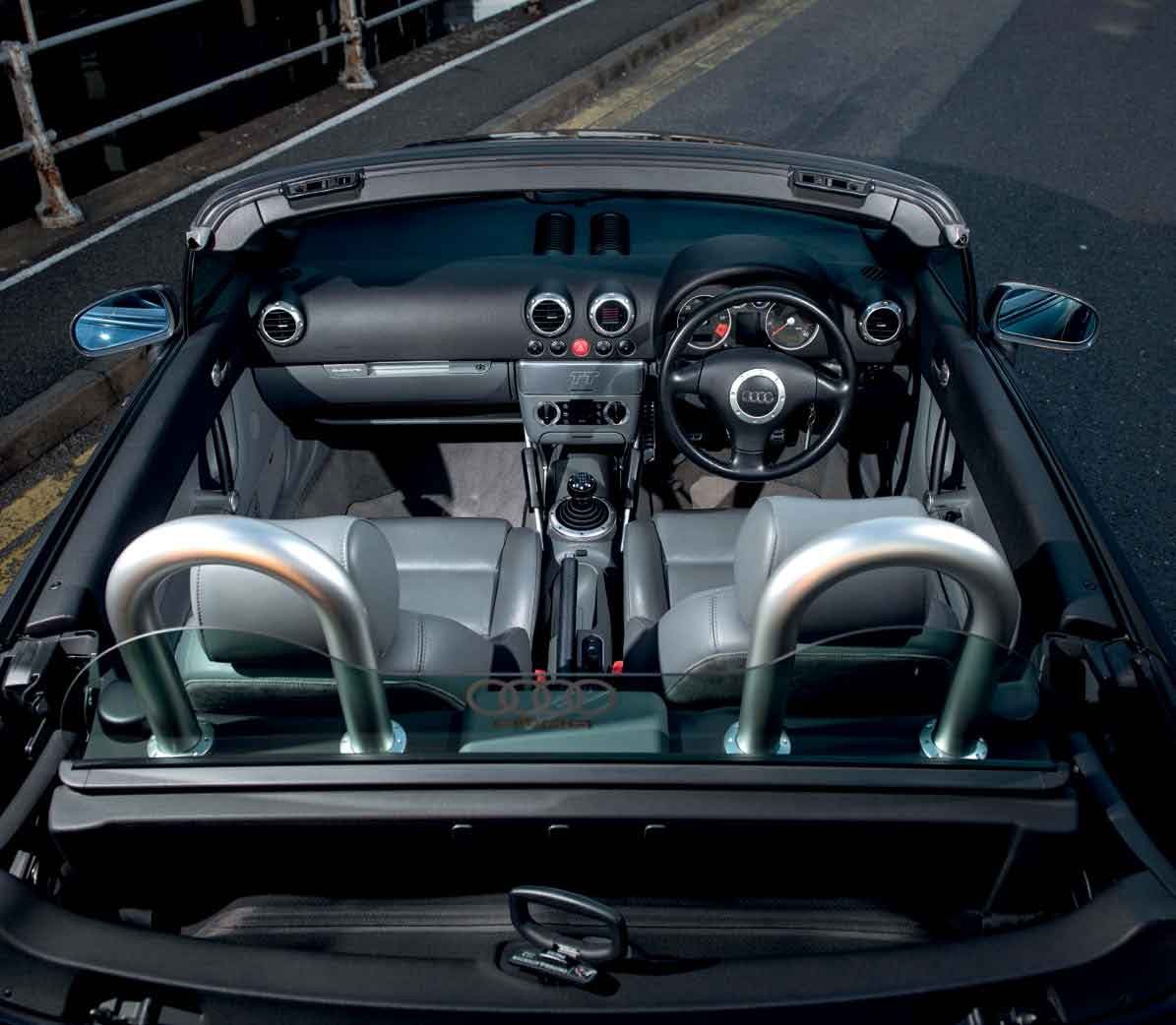 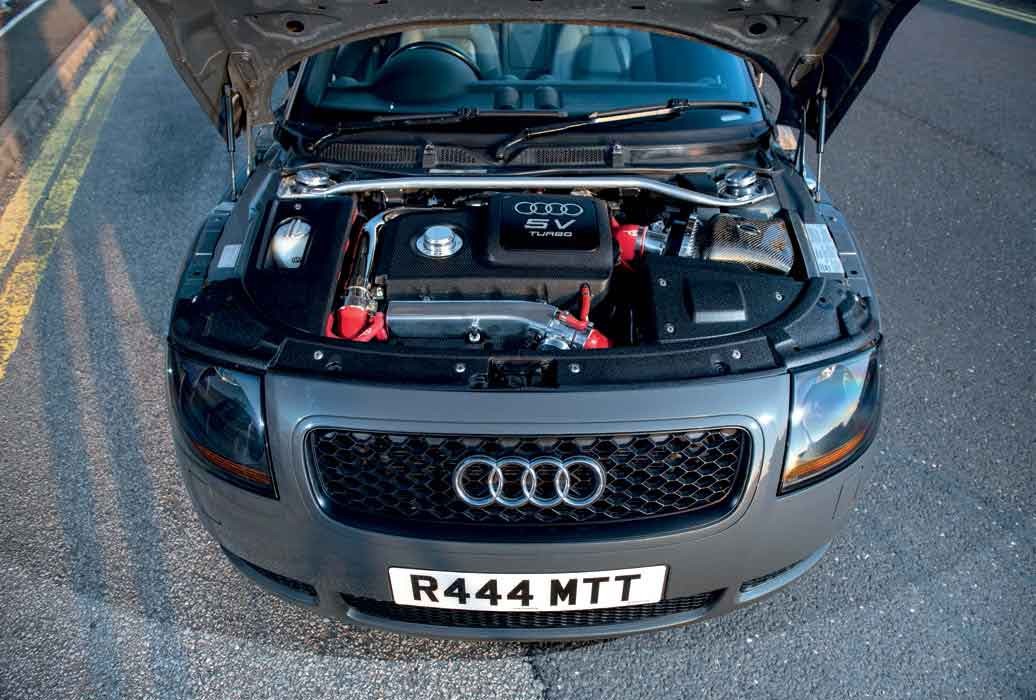 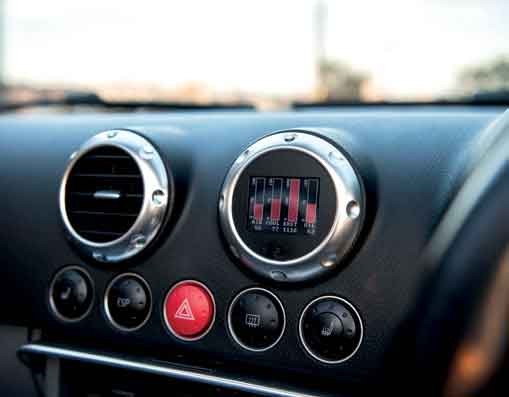 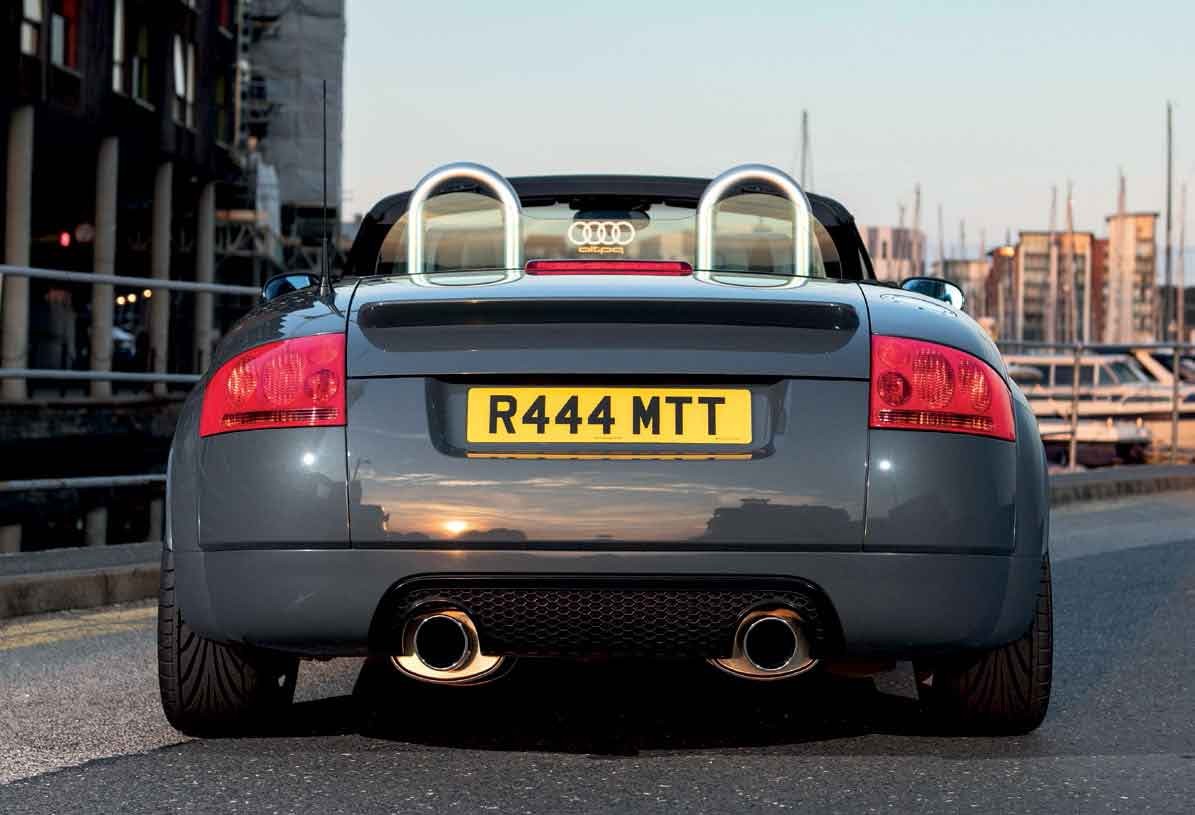 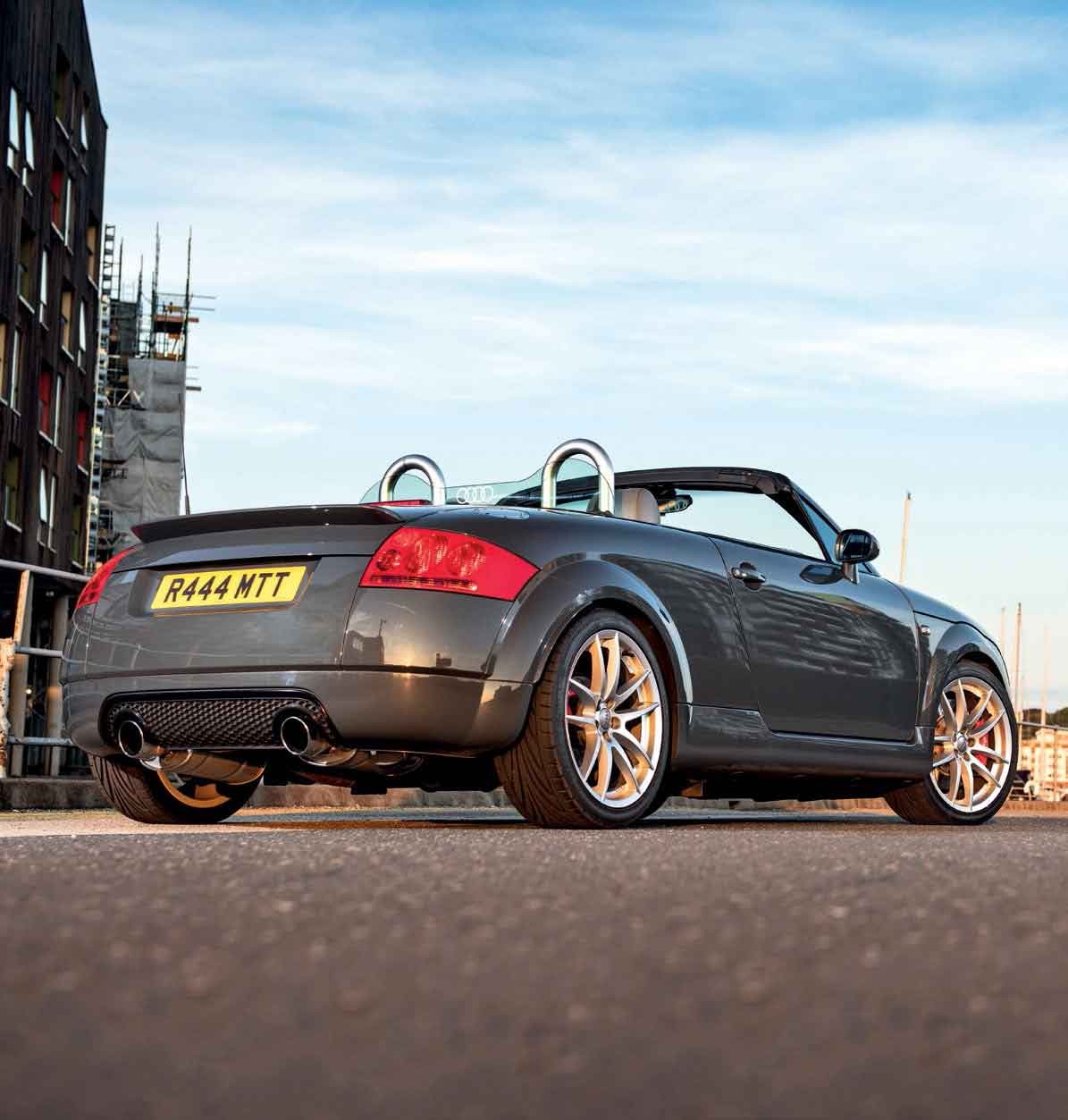 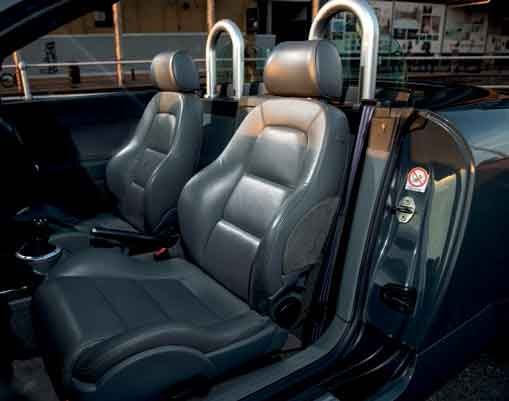 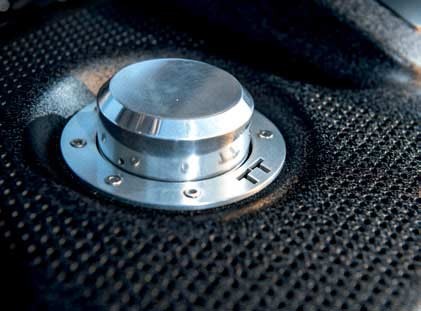 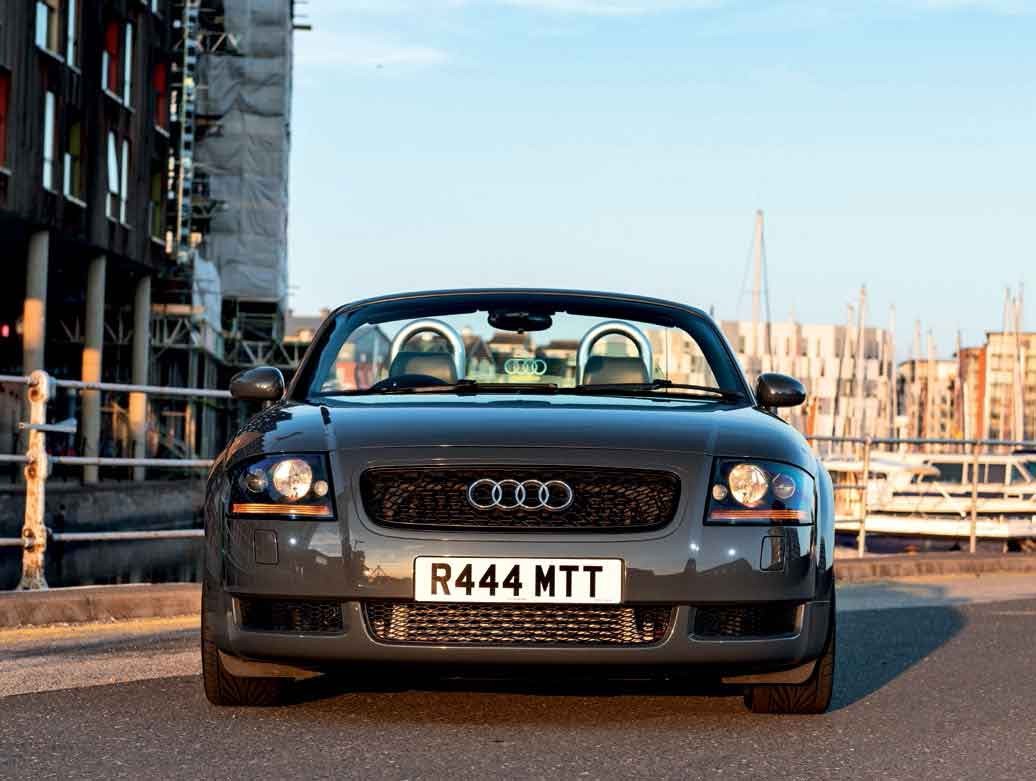