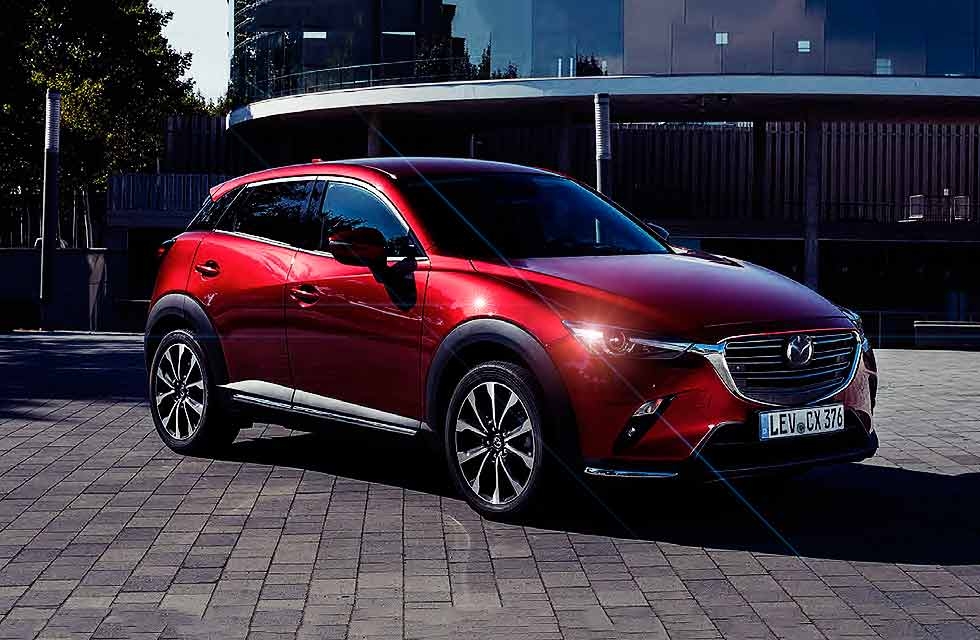 Small SUVs are now ten a penny. Virtually every manufacturer, from Audi to Vauxhall is building them, and customers are lapping them up. But for the early adopters – the manufacturers who sniffed out the trend early – this has caused problems. The Nissan Juke, for example, is feeling very dated alongside fresh-faced rivals, and the Skoda Yeti has already met its maker. Mazda, meanwhile, has chosen to freshen its CX-3, bringing it up-to-date with a few minor internal tweaks and, most importantly, a new engine.

Not that you’ll notice much of this from the outside. Believe it or not, Mazda has made changes to the exterior styling, but they’re the definition of subtle.

Eagle-eyed readers might spot the new grille, but bonus points are on offer for anyone who notices that the C-pillar has been darkened in an attempt to accentuate the wraparound effect of the rear window. Slip inside, though, and the changes are more immediately obvious. The centre console has been changed to accommodate an electric parking brake and a new central storage bin with a leather armrest. There are new cushions in the seats, too, and there’s more soundproofing than before. But what hasn’t changed is that the CX-3 remains solidly built and feels noticeably more premium than many of its competitors. It isn’t the most spacious machine in the class, with the 350-litre boot falling slightly short of rivals, and there are one or two areas that feel cheap. For the £22,895 outlay that this top-of-the-range Sport Nav+ model costs – the only diesel variant now available – it comes with 18-inch alloy wheels, LED headlights, a navigation system, reversing camera, heated front seats and steering wheel, as well as automatic lights and wipers.

You also get the new 1.8-litre engine, complete with economy and refinement improvements borrowed from the CX-5’s 2.2-litre unit. It serves up a modest 114bhp, all of which is fed to the front wheels via a six-speed manual gearbox. On the road, it’s hardly sporty, despite the model’s trim level name, and there’s a mildly disappointing lack of punch below 2,000rpm or so. But it compensates with decent fuel economy, and officially it’s good for 64.2mpg with CO2 emissions of 114g/km, even on the tougher ‘real-world’ WLTP emissions test.

But if the engine is doesn’t feel all that willing, the chassis takes up the slack. As with so many of Mazda’s products, handling has always been one of the CX-3’s biggest selling points, and the new model doesn’t disappoint. It has new suspension components designed to improve both the ride and handling, and the CX-3 feels as composed as ever. It’s a bit too soft to be considered properly sporty, and the ride is a touch on the firm side, but that prevents the body roll when cornering. In a market populated with divisive products, covered in two-tone liveries and pseudo-sporting decals, the CX-3 is a grown-up, rounded offering that’ll merge seamlessly into your day-to-day life.

On sale Now In showrooms Now

Verdict Grown up inside, outside and on the road, the CX-3 is up there with the best in the class.