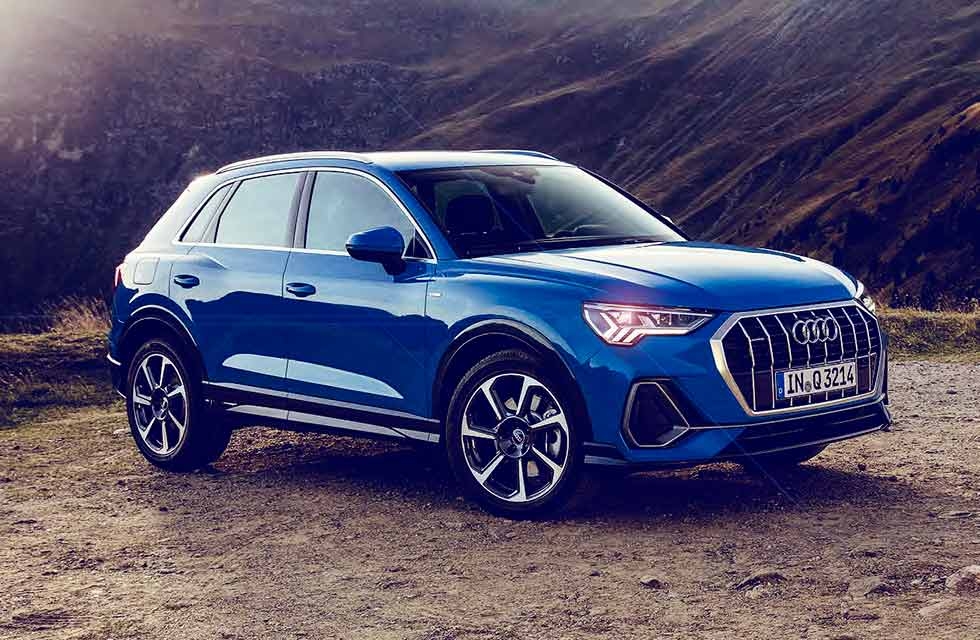 It is seven years since the Q3 joined Audi’s UK range as the brand’s third SUV. Now there are five, with the all-electric e-tron due in showrooms early next year. The Q3 is the oldest of them, so has been ripe for an update. And here it is, the second generation of Audi’s popular mid-range SUV, slightly bigger and revitalised with a new platform, a restyled exterior, a much-improved cabin and a bigger boot.

The new 2019 Audi Q3 is 97mm longer and 18mm wider, with a wheelbase expanded by 78mm, and although the overall silhouette remains similar, the body has been beefed up with some sharper creases. It has a new front-end look, with vertical bars in the big-mouth octagonal grille and slimmer headlamps.

That tauter external look is echoed in the way that the car drives. Its responses are tighter, it has a grippier feel and more poise through the bends than the old model. We ran two examples of the previous generation Q3 – both pre- and post-facelift – and the difference is immediately noticeable. The new car has a bit more verve on corners and the feel of the ride is better too, with a firm edge, but more consistently cushioned. Steering is the Achilles’ heel. It isn’t as tactile as we’d like. It does the job without communicating the subtleties, with the result that the new Q3 drives very competently, but doesn’t engage as much as some of its key rivals, notably the BMW X1. And that’s a pity, because the rest of the car has taken a stride forward, but the steering feel – or rather lack of it – hasn’t.

Overall though, the Q3 is now a more practical and higher-tech car than its predecessor. Inside it has changed significantly, with a very nicely crafted cabin that has shifted up a gear in design and quality from the previous model. There is a more cohesive look to the dashboard layout, which is more modern with Audi’s excellent Virtual Cockpit and multimedia interface. The cabin feels just a little roomier too, with slightly better rear knee space. But the more significant change is the car’s cargo carrying capacity. The boot has grown in size by a quarter, up from 420 to 530 litres, and now with rear seat-back adjustment that allows this to be further expanded to 675 litres with all five seats in place, by altering the rake of the chairs. With the backrests stowed, there is 1,525 litres of luggage space available, a full 200 litres more than in the outgoing car.

The new-generation Q3 has grown up, gained a lot of sophistication and is more practical, especially in the boot department. And it’s mostly good to drive, too, though it’s less of a driver’s car than some of its rivals, including the BMW X2, Jaguar E-Pace and our favourite, the Volvo XC40.

“Overall the Q3 is now a more practical and higher-tech car than its predecessor.”