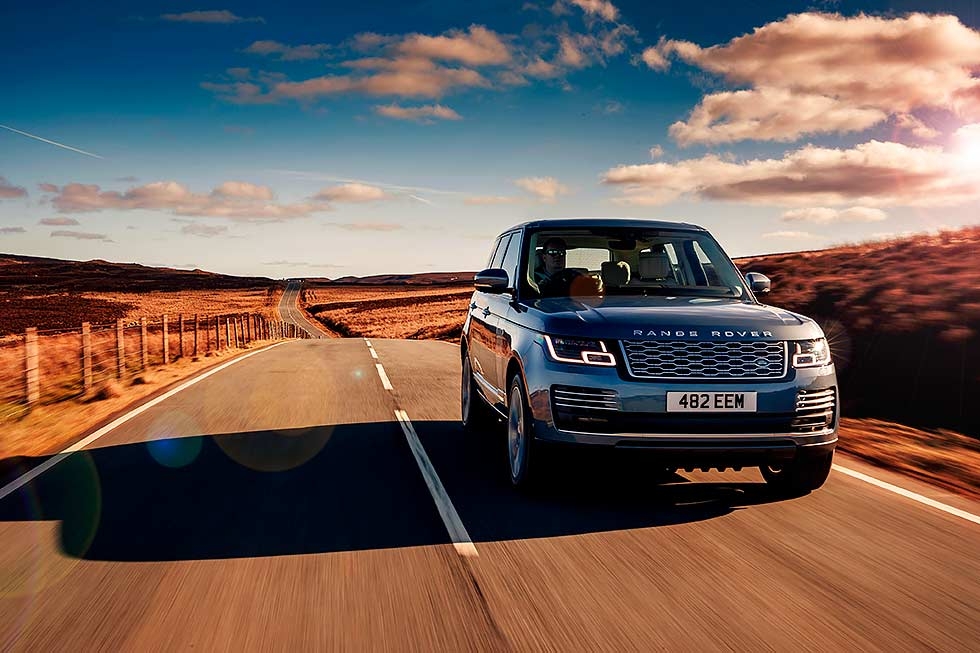 Over the years, Range Rovers have had a bit of an identity crisis. They’ve been derided by the Green Party since their inception, but loved by farmers and latterly celebrities and superstars alike. The old-school wash-out interior is a long-distant memory replaced by great swathes of leather, wood and opulence.

And of course, it’s been massively successful, with Land Rover outselling Jaguar 3:1. Which is surprising, as none of them could be called ‘cheap’ or ‘value for money’ compared to the generally more affordable Jaguar brand.

However, due to a variety of happenings, Range Rover needs to change. It needs to be green. And in today’s market, what better way than to go either full electric or plug-in hybrid. Battery electric was trialled in a Range Rover Evoque in 2015, but for whatever reason, it didn’t make it any further than a proof of engineering. The new Range Rover is, therefore, a plug-in hybrid – which actually makes a lot of sense.

Firstly, Range Rover has equipped it with a 2.0-litre Ingenium petrol engine that produces 296bhp, in a similar approach to other plug-in hybrid SUVs on the market – Volvo XC90, and BMW X5 G05. Add to that a powerful 114bhp electric motor in place of the automatic transmission’s torque converter, plus a large 13.1kWh battery and Range Rover has been able to eke out 101mpg combined figure and 64g/km CO2. Total system output of 399bhp and 640Nm torque, meaning performance is adequate with 6.8 seconds to 62mph onto a top speed of who-cares-plenty, and a 31-mile electric range too.

It is this latter figure that should interest most readers and potential customers alike, as it is this that separates this Range Rover from the rest. 31 miles might not seem to be much, but it transforms this otherwise would-be gas-guzzler into something altogether more interesting. The usual caveat applies – don’t plug it in and it’ll return terrible mpg. In EV mode, the car emits an audible alert for pedestrians at up to 20mph and can travel onto a top speed of 85mph.

The 13.1kWh battery can be charged at 7kW (32 Amp), providing 0-100% charge in 2 hours, 45 minutes and Range Rover offer wallbox installation of either Chargemaster or Pod Point too. While plug-in hybrids can be a bit of a mixed bag, this one performs its functions well, since the drivetrain is the signature tried and tested Range Rover all-wheel drive setup that means on-road manners and off-road prowess are assured.

And sure enough, shortly after jumping into the car for the first time, we were wading through the middle of a lake (wading depth is up to 900mm). Not your average PHEV then. As the car strolled through the woods up vertical slippery mud-strewn slopes in total silence, perhaps the most remarkable thing was having done all that, straight onto the open road was a slightly surreal experience. Keep in mind this was on the same road tyres, no fancy off-road stuff here, just a regular car.

However, on the tarmac now, the Range Rover is big. The driving position isn’t to my liking personally, but I suppose that it’s the equivalent to what a Bentley might have been like in the 1930s. You drive this thing with your palms on the wheel at twenty past seven. And you sit high; higher than others. I suppose that’s important. It’s not exactly soft, but it isn’t what you’d call firm either. Drivers of those overly fast cars you see hammering up motorways flashing their lights at 70mph pedestrians must have either no brain or large testes. But it is for wafting along without seemingly spending much energy, though the contrary is true. So driving this is much like you’d expect, aside from the electric drive that is. The petrol engine handles the car’s weight well and never so much as mutters so much as a complaint. Power delivery is constant, and the transition between petrol and electric seamless. Only the gear changes hinder anything other than smooth progress.

Overall, the first Range Rover plug-in hybrid is a remarkable thing. By rights, I should have hated it, but I didn’t. I should have loathed its bulk, appalled its vulgarity but, actually, in the end all I could think of was just how good a drive in the country I’d had. And electric propulsion has this power. It can transform the most unlikely of unlikely vehicles into something less ordinary. And that’s what Land Rover’s engineers have managed to do. While many will deride its off-road credentials as a gimmick considering most will never venture anywhere as challenging as a British pothole, the truth is that this type of vehicle appeals to our sense of adventure and freedom. Adding electric power to that is a liberating experience. Of course, it hasn’t made it a green machine and I fear that despite best intentions, there will be some who buy this car and never bother to plug it in, instead believing they’re getting one over the taxman. But I implore those people to plug it in and experience the car at its best: in electric form.

MAIN With a 900mm wading depth, the Range Rover has a feeling of invincibility that anything thrown at it will be taken in its stride… including driving through the middle of a lake at Blenheim Palace.

CLOCKWISE FROM TOP LEFT An interior to die for; at a flick of a switch and you’re in EV mode; Neat graphics display electric range; pluging in; LWB version.