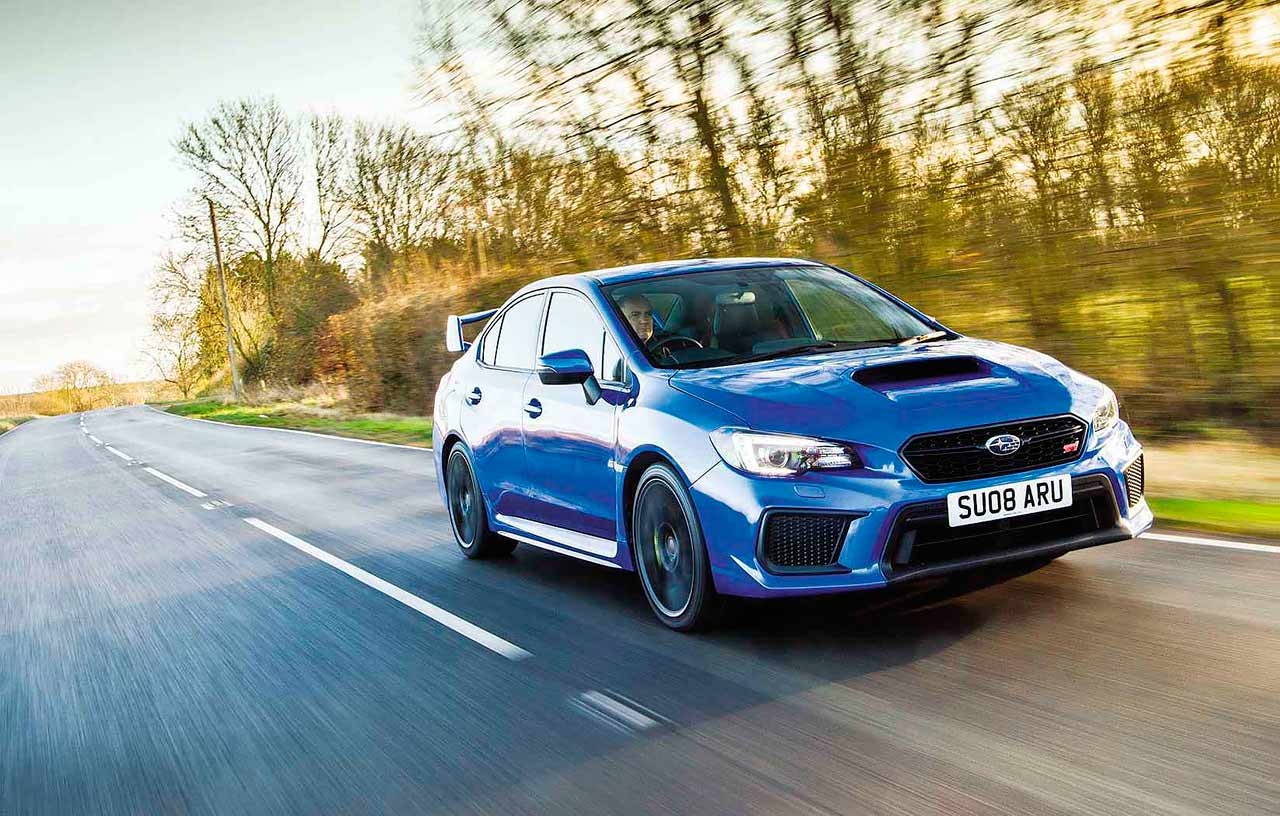 His is it – this is the end. After the best part of a quarter of a century, the fast Subaru saloon (it was also occasionally a hatchback and an estate) is finally being consigned to UK history. From a virtual unknown it grew into a bona fide global superstar with solid-gold motorsport credentials, before events overtook it and it spent the last ten years of its life slowly slipping back into obscurity.

When it was at its peak in the late ’90s, the Subaru Impreza was a key part of evo’s beginnings. It was one of the cars that defined ‘the thrill of driving’ and delving into our archives reveals that in the early days of the magazine there wasn’t a month that went by without a Subaru making an appearance. Yet when the company pulled the plug on its World Rally Championship operation in 2008, the Impreza and its WRX successors lost both their way and buyers. So now Subaru has decided to retire the model line, and instead of launching a replacement it will ‘allow the WRX STI’s heritage to inform future developments’.

Still, rather than going out with a whimper, the WRX STI is being treated to a special sendoff with this Final Edition. So is this a fitting tribute to one of the best performance cars ever, or a timely reminder that the Subaru is something of a four-wheeled anachronism? Well, it’s certainly not lost any of the brutal visuals that have marked out the latest generation of WRX. There are some larger, 19- inch alloys finished in gunmetal grey, new LED headlamps, a deeper front bumper and some ‘Final Edition’ badging for the front doors.

Under the winged and vented exterior the updates are equally minor: the Driver’s Control Centre Differential (DCCD) is now under complete electronic control, rather than a mix of mechanical and electronic, and there are bigger, 340mm front brake discs clamped by six-pot Brembo calipers finished in dayglo yellow. The rest of the oily bits have been left untouched, which means you get the now-familiar turbocharged 2.5-litre flat-four that produces 296bhp and 300lb ft of torque and drives the symmetrical four-wheel-drive system through a six-speed manual gearbox.

Given the limited mechanical changes it’s no surprise to find the Final Edition is no faster than a regular WRX STI. But that car is hardly what you’d call a slouch, with the sprint from standstill to 62mph taking just 5.2 seconds. More importantly, unlike many of today’s torque-rich turbo engines (VW’s EA888 is a prime example), the Subaru’s flat-four requires some effort for it to give its best. It’s not exactly laggy, but you have to work it beyond 4000rpm, and it’s only over the last 2000rpm or so that the STI comes to life, at which point it takes off with real urgency. It’s just a shame it doesn’t sound the part – there’s the familiar thrum at idle, which increases in volume and intensity as the revs rise, but the motor never finds its voice like the earlier 2-litre units.

Still, the spirit of the original cars is there to be found once you start unpicking your favourite back road. Even when going slowly the STI constantly reminds you that you’re behind the wheel of something out of the ordinary – you can hear and feel the transmission doing its stuff, while the firm ride is just on the tolerable side of anti-social. Some quirks remain, such as the light and glassy steering, but once you learn that the grip is there, you begin to trust the set-up and rely on its quickness and precision. Turn-in grip is strong, but in slippery conditions it pays to be patient with the throttle because the four-wheel drive will push the nose wide if you’re too eager. The good news is that a little lift is all that’s needed to get things back on track. Better still, an even bigger lift or a dab of the brakes will bring the WRX’s tail into play – this is a four-wheel-drive car that gives you options.

Drawing you further into the action are the limpet-like traction, the strong, fade-resistant brakes and the manual gearbox with its precise yet long-throw shift. Before long you’re convinced that with the fitment of a pair of harnesses, a roll-cage, some knobbly tyres and a sump guard, the Subaru would be ready to do battle on the Wales Rally GB. There’s the effervescent spirit of a competition car desperate to burst out of the STI.

So, should you rush to your nearest dealer and open your wallet? Well, as an everyday tool the Subaru’s cheap cabin, firm ride and ASBO looks mean it lags way behind an Audi S3 Saloon, or even a Ford Focus RS. Yet if you’re willing to make compromises then there’s some real magic to be discovered here.

This is no marketing-led idea of a premium performance car, but an agile and rabidly quick cross-country weapon with the fast-beating heart of a red-blooded homologation special. It’s not perfect, but as the old saying goes, you don’t know what you’ve got till it’s gone…