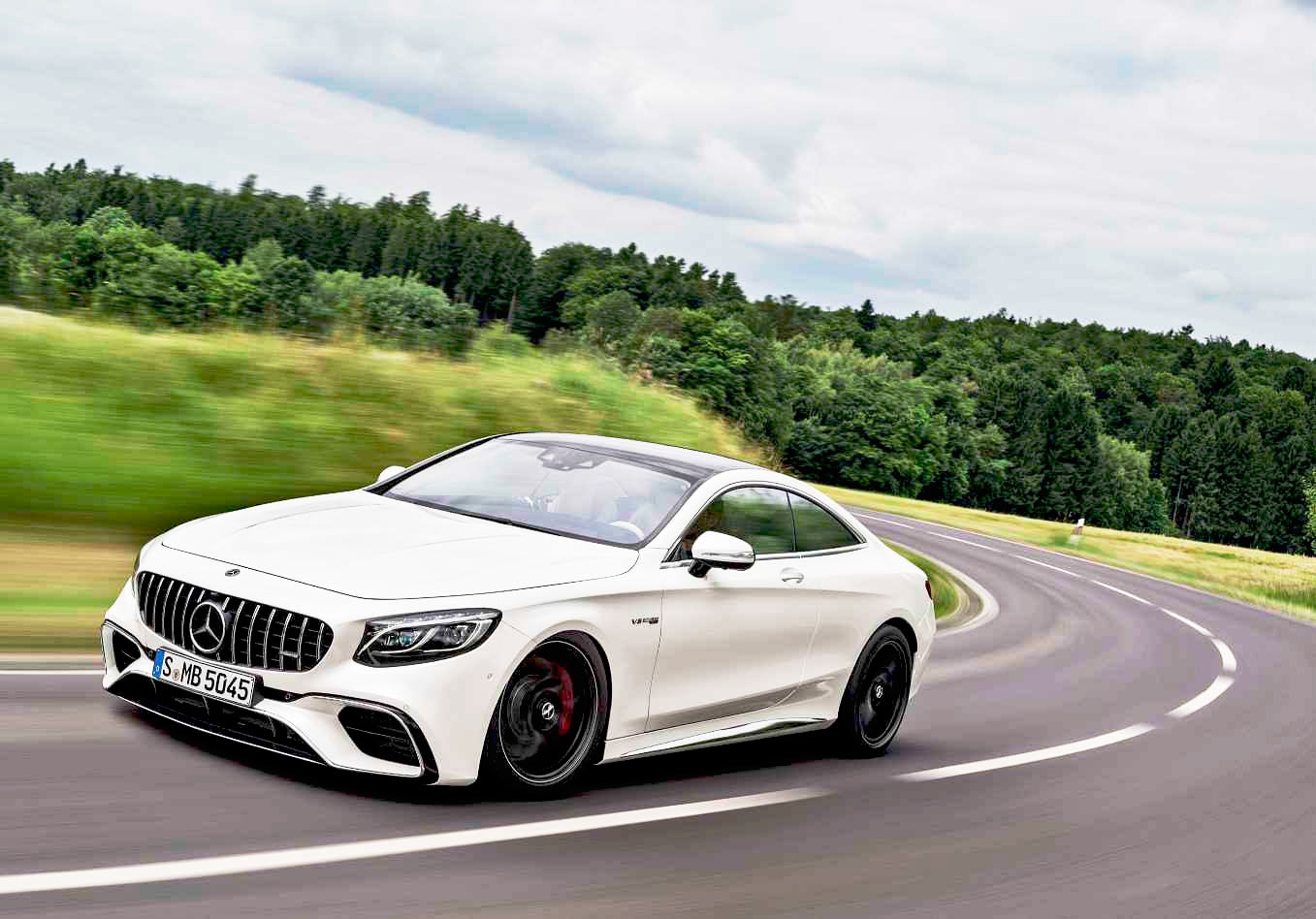 It’s hard to imagine, given the firm’s recent run of form, that AMG could produce any vehicle that would feel like a spare part. And yet, wallet-shredding price tag or not, that’s precisely what the S63 Coupe has felt like in the past. It’s always been that bit noisier than the non-AMG versions, but lacked the sophistication, jaw-dropping engine stats and all-out range-toppingness of the frankly ludicrous, V12-engined S65. That ends now, though, and it’s all down to a change of engine. Because gone is the old S63’s 5.5-litre twin-turbo V8 and in slots Mercedes’ latest 4-litre unit. Now, in principle this is closely related to the motor that powers the new S560 Coupe and Cabriolet, but while the lumps in the front of those cars come out of Sindelfingen, the S63’s powerplant is pure Affalterbach.

The M177 is an engine we already know and appreciate, of course, from the AMG GT and, latterly, the E63. But the S63 is such a behemoth, even in its most focused coupe form, that its near two-ton mass blunts the performance figures to the point where they’re no more than promising.

With 604bhp and 664lb ft of torque, fed through a nine-speed automatic transmission, the S63 can reach 62mph in a claimed 4.2 seconds and go on to a top speed of 186mph, assuming you pay £1960 extra for the AMG Driver’s Package that lifts the limit from 155mph. These are respectable figures for a car costing £127,515, but they’re only a match for those of the model it replaces.

If there’s a real gain it comes in efficiency – which may not, let’s face it, be the primary concern of the car’s customer base. But CO2 emissions plummet from 237g/km to just 203g/km, and you may even see the right side of 20mpg in daily use, given the new official combined consumption of 31.7mpg.

Get the new S63 on the road, though, and it soon becomes clear that the transformation is about more than just hard data. Cruise along at motorway speeds and the engine fades away beneath wind and tyre noise, delivering a refined experience that’s not a million miles away from that of the regular S560.

Flick the Dynamic Select switch into Sport or Sport+, however, and the engine reveals impressive duality. Even from the depths of the grand piano-sized engine bay, it manages to deliver one of the best V8 engine notes on sale today – accompanied, of course, by plenty of crackle from the AMG sports exhaust as you bleed off the throttle.

And you will find yourself lifting off often. There’s no sledgehammer effect to your kidneys – the delivery is too linear and the mass simply too great for that – but the V8’s spread of torque (that 664lb ft is produced between 2750 and 4000rpm) and the snappy shifts from the Speedshift MCT gearbox are more than enough to deliver a suitably rapid progression from slow to fast. Fast enough for corners to arrive pretty quickly, in fact, even on flowing, open roads.

You should never be under the illusion that the S63 is a sports car, of course. But it is surprisingly happy to be hustled. There’s a solid front end here, coupled with well-weighted and accurate steering, so you soon learn that you can carry a considerable amount of speed into corners. The body stays admirably flat, too; in fact, this five metre-long coupe only really gets grumpy when you ask it for a sequence of extremely rapid changes of direction. There is, we must admit, one caveat in this appraisal: the car we drove was a 4Matic+ four-wheel-drive example on pretty smooth Californian asphalt, while all S63 Coupes in the UK will be rear-wheel drive. And the car’s most obvious rival is the four-wheel-drive Bentley Continental GT, which may prove a better all-rounder for British roads and weather conditions.

The Merc’s cabin is probably still half a notch behind the Bentley’s, too. Not necessarily in design or technology – because it does get elements such as the S-class’s dual-widescreen instrumentation set-up and supremely supportive AMG sports seats – but in the finer details, such as the odd switch carried over from lesser Mercs, and the quality of the hide and wood. Viewed in isolation, though, it’s a beautifully finished creation.

And a relatively spacious one, too. If the reason you’re in the market for a car like this is extra practicality over an out and out sports car, you’re unlikely to be disappointed by rear seats that are comfortable enough for grownups, at least for a short journey, and a 400-litre boot that’s big enough for a pair of decentsized suitcases.

In truth, these elements were always among the S-class Coupe’s more appealing attributes. But thanks to the new engine, this S63 feels like a vehicle whose breadth of talents has just been widened. And to impressive effect.

‘The S63 isn’t a sports car, of course, but it is surprisingly happy to be hustled’

–  Interior not quite as special as those of rivals