ADMITTEDLY, IT’S BEEN a while, but when I learnt the alphabet, T definitely came after S. Not so at Porsche, which has slotted the new 911 Carrera T in below the Carrera S. Then again, Porsche is notoriously contrary: until recently its hardtop Cayman cost more than the convertible Boxster, and then there’s the mechanical layout of the 911! The confusion continues. 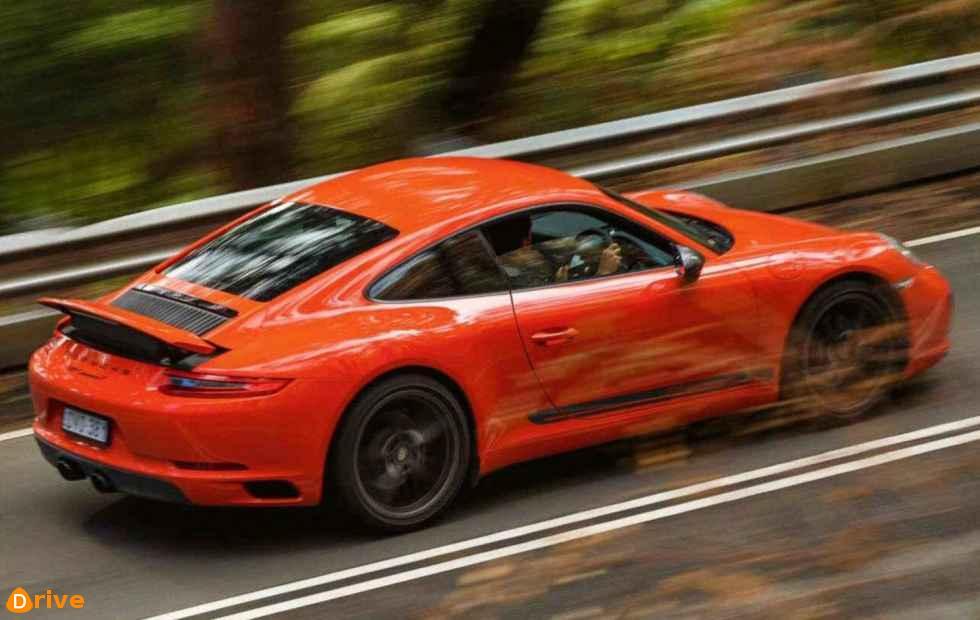 As a result, in standard guise the T undercuts a standard Carrera by 20kg, however, as our test car has its infotainment as well as the sevenspeed PDK dual-clutch, 18-way electrically adjustable seats and privacy glass, it seems safe to say the weight discrepancy has been nullified. Curiouser and curiouser. Identifying a T is easy.

Apart from the obvious badge there are grey mirrors, 20-inch alloys and Porsche adds PASM sports chassis (20mm lower), Sport Chrono Package and a sports exhaust as standard. Based as it is on the standard Carrera, the T uses the 272kW/450Nm tune of Porsche’s 3.0-litre twin-turbo flat-six. The PDK is unchanged, but the seven-speed manual benefits from a shorter final drive (3.59:1 instead of 3.44:1) and shortened shift lever for quicker shifts.

One thing is clear without driving a metre: if you want the ultimate Carrera T experience, pick the manual and keep away from those options boxes. In the case of our test car, what we’re left with is in effect a very nicely specced base Carrera. Not that there’s anything wrong with that. Previous base Carreras used smaller engines and subsequently felt a little soft compared to their S bigger brothers.

The switch to turbocharging changed this, making the S supercarquick and gifting the entry-level 911 all the performance you could ever possibly want or need on a public road (or a racetrack, to be honest). This is a car that can sprint to 100km/h in 4.2sec, pass 200km/h in 14.5sec and hit 291km/h flat out. The engine is strong everywhere and makes a nice six-cylinder growl garnished with fireworks on the over-run.

I wish it still had the old atmo 3.8; Porsche is probably sick of hearing that, but it’s true, I want my sports car to scream past 7500rpm. Nonetheless, the twinturbo unit is excellent and despite the manual tweaks, the PDK really is the perfect partner. You’d really have to want to change gears yourself. Wet roads allow easier access to the 911’s incredibly high limits. 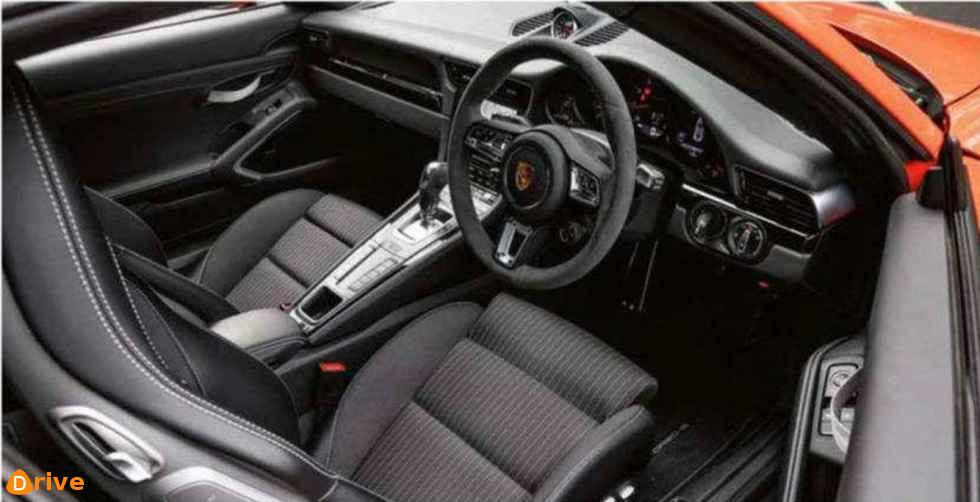 Driving environment is perfect, only enhanced by the ace cloth seats; PDK is difficult to fault

Wearing 245/35 front tyres and massive 305/30 rears, there’s massive grip, but at least on greasy, dirty roads you’ll experience the odd flare of wheelspin or rear-end wriggle. Not to say the 911 is in any way boring in the dry, but it’s not a car you wrestle with in the manner of a BMW M4 or Mercedes-AMG C63 – it’s a rapier, not a broadsword. Like a rapier, the 911 is at its most effective when you master the correct technique.

If you’re too greedy with the throttle too early in the corner, the front tyres will push as the car punishes your ineptitude – not in a way that’s dangerous, just in a way that reminds you you’re a nong behind the wheel. Get it right and it’s the best feeling, especially here in the wet when Sports ESP lets the rear slip slightly and you can feel the car moving around underneath you.

As ever with 911s – or Porsche sports car in general – the harder you drive it the better it gets, never once feeling the strain of continued punishment. Simply put, the 911 Carrera T is a brilliant drive, but in PDK guise, I’m just not sure why I’d choose it over a base Carrera