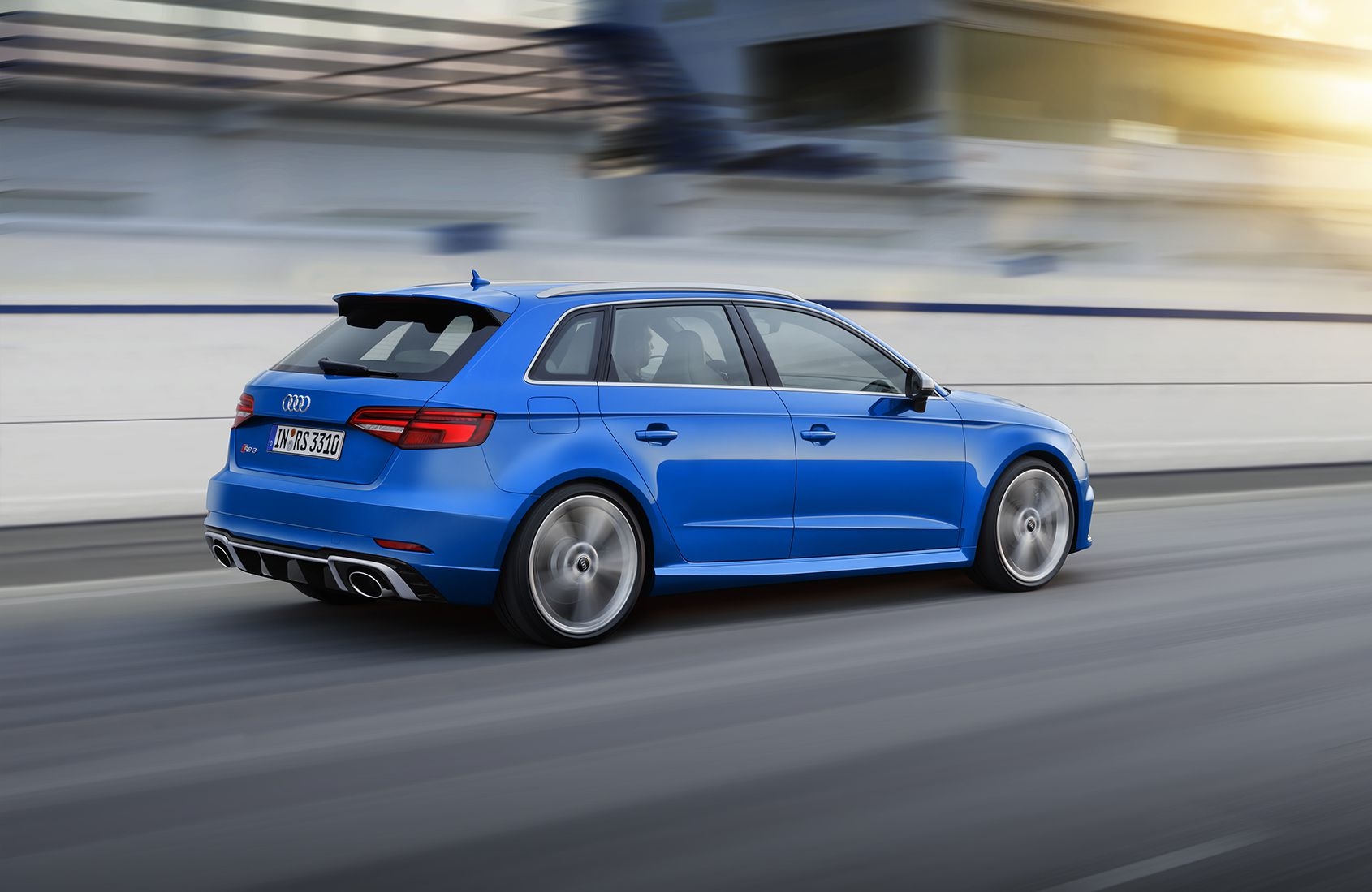 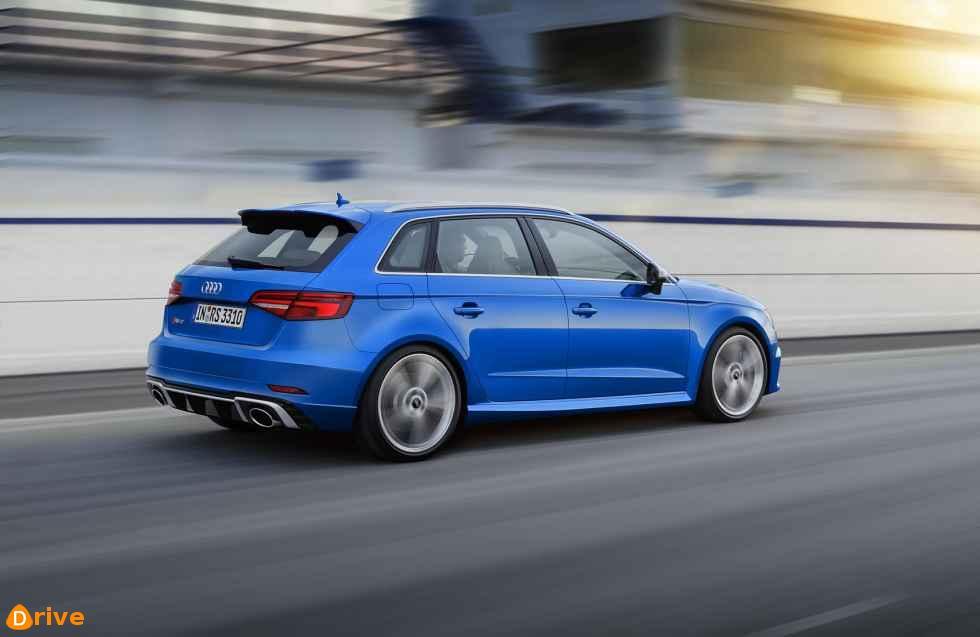 IMAGINE IF all it took to go from average Joe or Jane to superhumanly athletic was one decent gym session. Wouldn’t that be nice? In effect, that’s what APR’s Stage 1 kit does to the Audi RS3. To be fair, a standard RS3 isn’t exactly average in the acceleration department. At our recent Bang For Your Bucks event the facelifted RS3 recorded 0-100km/h in 4.01sec and a 12.18sec quarter mile at 186.57km/h, figures which make it the dux of the hot hatch class. Enter APR. Its Stage 1 kit consists merely of an ECU tune, though our test car from Melbourne workshop VW Park Autowerks also sported an Eventuri carbon air intake.

It charges $1675 for a single map, with each extra map costing $275; a total of four can be loaded to handle different octane fuels. On 98RON, outputs increase from the standard 294kW/480Nm to 355kW/637Nm, but using E85 liberates a whopping 404kW/678Nm, which equates to 332kW at all four wheels. There’s no hint of the extra grunt at start-up. The engine fires easily, idles smoothly and its low-speed behaviour feels no different to standard.

Likewise, the launch control procedure is identical: left foot on the brake and floor the throttle. It’s when the brakes are released that the changes become immediately apparent. Whereas a standard RS3 squats into the tarmac with a minimum of fuss, the APR car explodes into wheelspin, the engine hammering into the rev limiter like an over-enthusiastic Jehovah’s Witness hammering at your front door. Second gear quickly engages and there’s nothing to do but hang on as Winton’s makeshift drag strip disappears under the wheels at a tremendous rate. The figures are ridiculous. 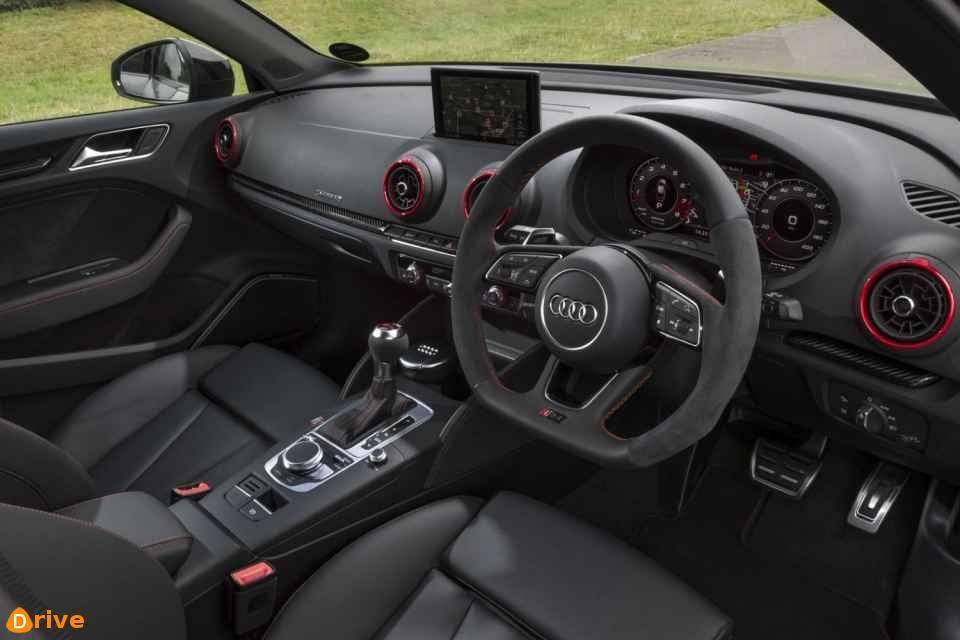 it does make Audi’s hot hatch a little one-dimensional, however. The standard RS3 brakes work well at 294kW, but the APR’s added poke is such that uprated items would be sensible. Our test car had aftermarket carbon-ceramic items, but sadly ordinary road pads were fitted by mistake and the pedal sank to the floor on the first major application. In the bends it’s important for the car to be pointing straight before applying too much throttle, as too much too early will drag the nose wide.

That said, on the road, where you’re not as close to the absolute limit, this is less likely to be an issue. The other thing to consider if you’re planning on using E85 is that if you use the power the juice disappears at an incredible rate. During performance testing the fuel gauge dropped almost as quickly as the car accelerated, however, it only takes around a minute to swap between the E85 and the 98RON maps.

If you’re after a daily-driven hot hatch that is potent enough to frighten 911 Turbos, the APR RS3 is well worth a look. The outlay is relatively small, driveability seems largely unaffected and the multiple-map capability gives peace of mind if you can’t find super high-octane fuel. Reliability is always an unknown, but Audi has said the EA855 has plenty of headroom!