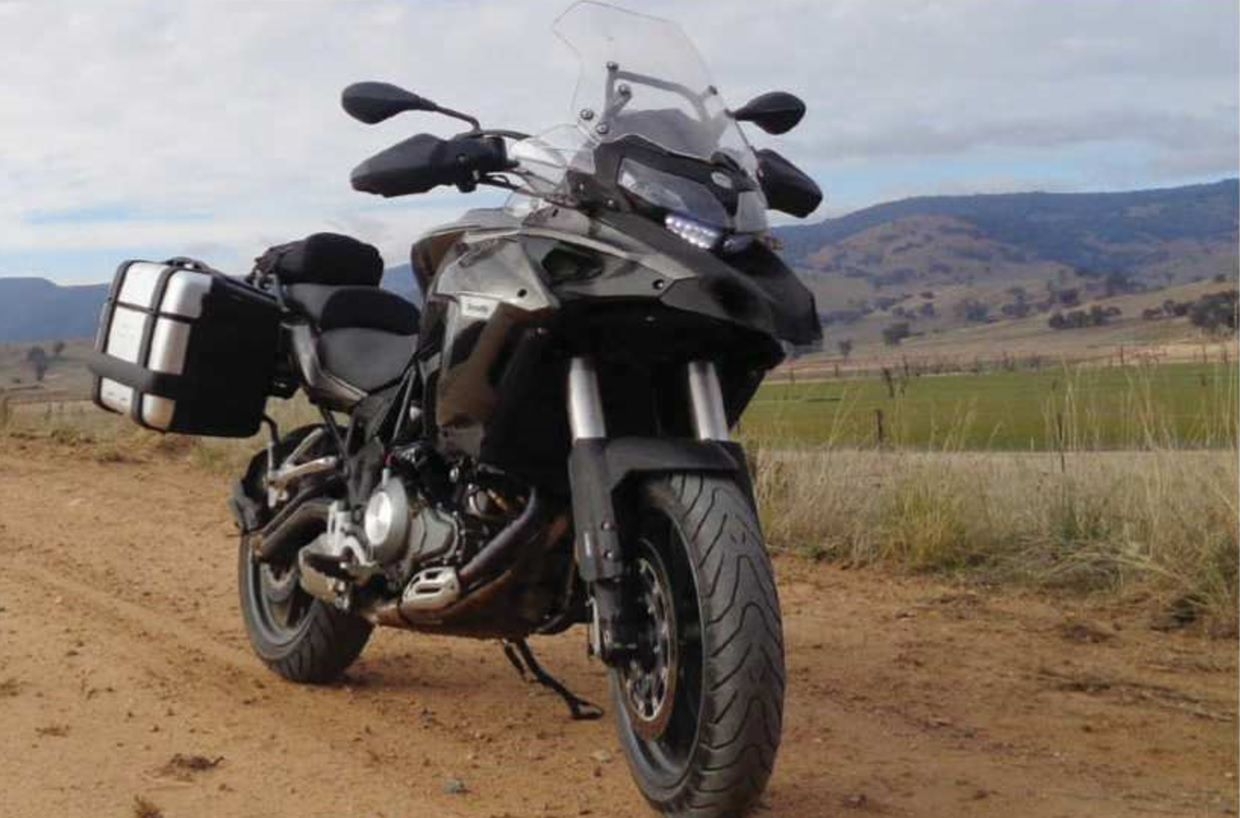 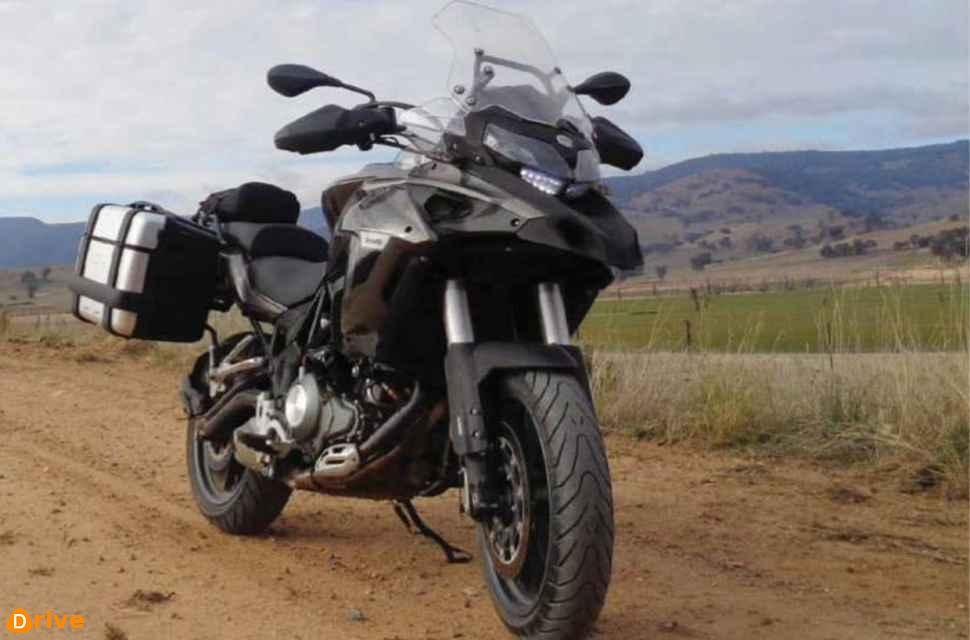 NOTHING BEATS A multi-day, long-distance jaunt onamotorcycle withmates. You cover the same roads, often at the same pace, but the ride, stories and experiences are your own. And the evenings are spent regaling tales to one another about the day’s kays. It’s about as good asmotorcycling gets.

I was readyingmyself for what I thought was going to be three-day ride fromVictoria’s Mornington Peninsula to New SouthWales’ Alpine Region, via northeastern Victoria’s bestmotorcycle roads and back again. And to ensure I was going to make the verymost of the opportunity which, for all of us, comes along fewer and farther between these days, there were three quickmods I made to the Benelli TRK502 ahead of setting off. The Benelli is a physically large and comfortable bike, beaut for covering long distances.

THE BENELLI AND the ’Strom were as perfect travelling companions as myself and Andy. They both like a strop, both more or less evenly matched in terms of capability and, while I’m not sure about the bike’s respective senses of humour, they both have a deep appreciation for the remote parts of this big brown land.On paper, the Suzuki V-Strom XT’s 52kW and 62Nm verses the Benelli’s 35kW and 45Nm seems vastly different.

But in reality, the bikes were wellmatched. Admittedly, I had to ride the parallel-twin Benelli pretty hard to stay with the 146cc-bigger V-twin, but I could do it. It helped that the majority of our riding was sub-100km/h twisty stuff, but I expected the Benelli to lose out on acceleration out of corners. It absolutely didn’t. The only time the ’Strom rode away from me was over the fast, f lowing Snowy Mountains Highway where the TRK’s top-speed deficit lost out.

It boasts roomy ergonomics and excellent wind and weather protection. But because I’mshorter and smaller than average, I would develop the all-too familiar ache in themiddle ofmy shoulder blades after any an hour or so on the bike. The fix was to loosen the ’bar clamps and rotate the handlebar towardsme by, in this case, 3mm, which equated to around a 10mmdrop at the bar ends.

It was enough reduce the fatigue onmy arms and to stop the back pain, but not enough to requireme to readjust the levers or the switchblocks – perfect. That was comfort covered off, safety was the next itemonmy list. Looking at how many kays we had to cover and how many days we had to do it in, night-time riding on unfamiliar roads was inevitable.

And because I had added some hefty aluminium panniers which I planned to stuff with a vast array of objects Imay or may not have needed,my headlights were going to be great for bird watching, but probably not ideal for spotting roos. The Benelli boasts a couple of easy-to-reach headlight adjusters, which after a couple of turns in a clockwise direction,meant I could lower the beamto where it needed to be for both spotting wildlife and keeping oncoming traffic happy. 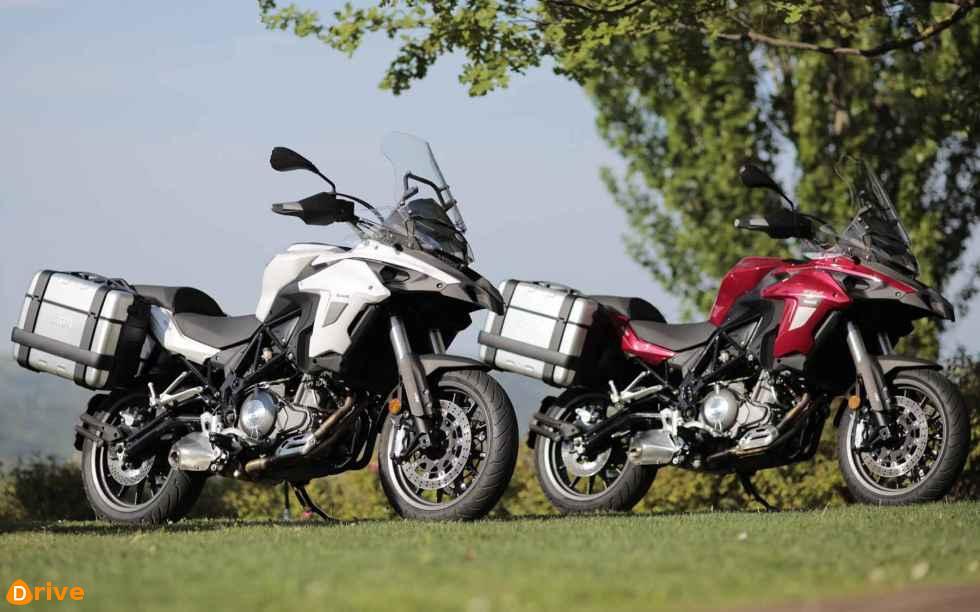 In real-world terms, it’s hard to justify the $4500 difference between these two

Main. A well set-up bike will take you further

The third and final thing I did was fit a GPS unit. Not for directions ormaps, primarily – though a handy byproduct if I needed it – but as an accurate speedo reading. Long days on amazing roads greatly increases your risk of copping a speeding fine, and because I had one of TomTom’s beaut motorcycle-specific Rider units sitting in the shed, I thought it a smart idea to throw it on.

Although there is a perfectly placedUSB outlet, I opted to hard-wire the unit to the battery to keep the cockpit neater and free of wires. The unit turns itself off with the ignition, so it wasn’t going to drain the battery if I left it on. According to the satellite, the Benelli’s speedo is out by bang-on 10 per cent – which is generally the expected discrepancy fromthe factory. By knowing this, itmeant thatwe could sit on the speed limitwithoutworrying about being pinged, but still use our time efficiently.

Ten kays an hour over a 10-hour day could mean the difference between running the last 100kmin daylight or indarkness, so accuracy isamust. The three mods took me no more than 30minutes to complete, but all threemade a vast difference tomy time on the road, which ended up pushing out to five fabulous days.