THE FOUR ROUND HEADLIGHTS FEEL A BIT TOO CONVENTIONAL, THE PROTOTYPE MARZAL HAD SIX SQUARE ONES.

The outcome was inevitable. When the guy in the little Beetle tooted, the driver in the Italian- registered Espada looked up, said something to his family, folded his map, revved up the V12 and made black lines from NK’s main entrance all the way down to Norrlandsgatan street. 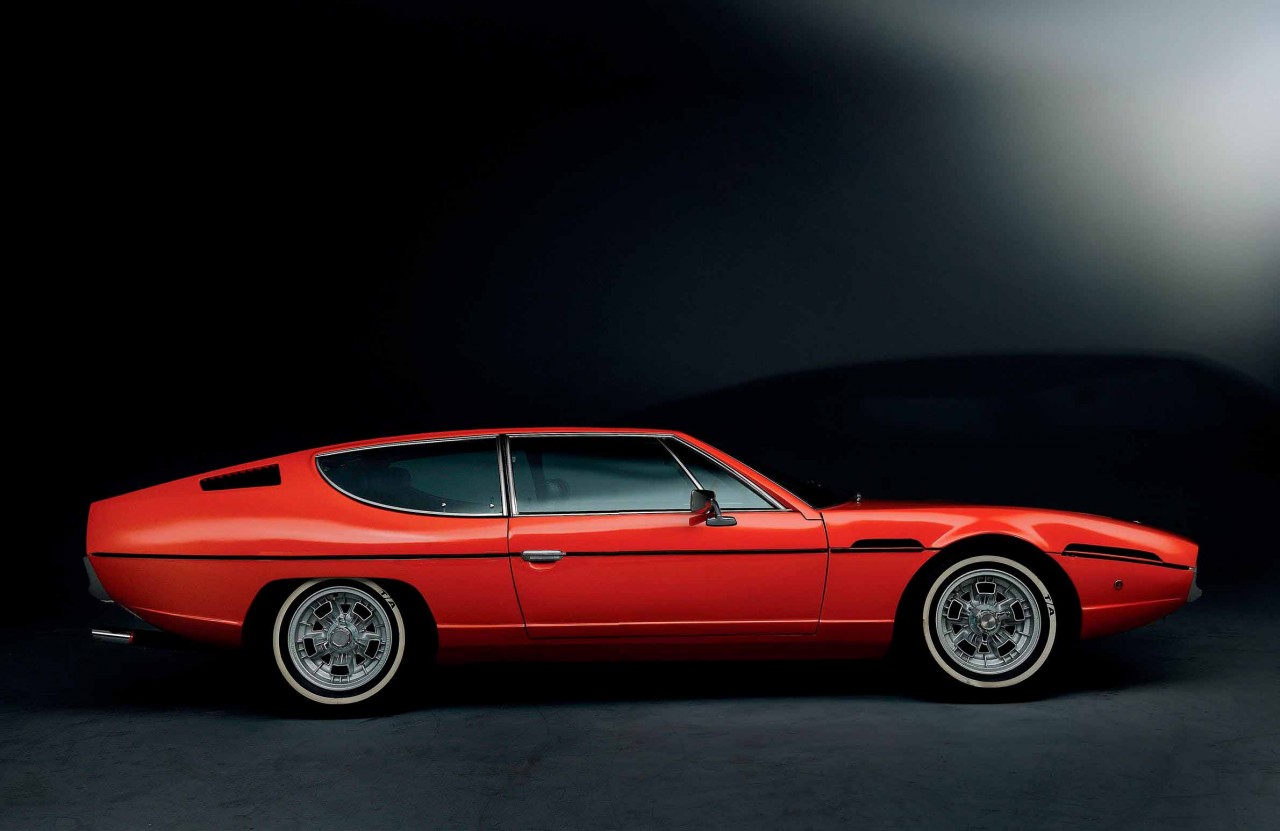 That’s what happened when I, a young kid on a moped, saw my first Espada. Guess if that made an impression!

Since then I have always had a bit of a weakness for the model that seems to be something of an ugly duckling in Lambo circles. Millions of Swedish kronor are paid for a contemporary Miura, while the Espada, along with Ferrari’s big 365, 400 and 412 series, are some of the last real supercar bargains. 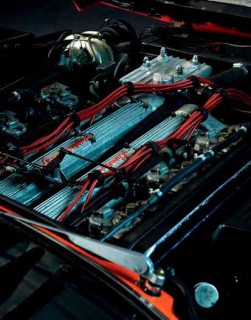 Like the Ferraris, however, the Espada shares mechanical details and designers with its more famous siblings, so in no way is it a budget model. In the case of Espada, Marcello Gandini of Bertone was responsible for design. But it took a while before it came to anything.

A few years earlier, Bertone had shown their Pirana, a sleek number with a Jaguar base. And when Ferruccio Lamborghini began to talk about replacing the 2+2 seater 400 GT with a new, purely four-seater model, the old design, though with new proportions, came to use again.

The fantastic Marzal was created on an extend-ed 400 chassis, with half of the Miura drivetrain! That is to say, one of the cylinder banks was sawn off and they settled for a transverse straight-six. Another difference was that the engine was behind the rear axle line and was thus actually a rear engine!

Ferruccio Lamborghini turned it down flat. He wanted a more conventional GT car with a front engine.  Bertone were already working on another prototype on a standard 400 chassis. But this had basically the same gull-wing doors as the Marzal, and Lamborghini protested again.

Gandini had to go back to the drawing board and, when he combined the Marzal’s basic form with conventional doors, he got the thumbs up and one of Lamborghini’s major successes was born.

Because the Espada really was a success. It was produced for ten whole years, from 1968 to 1978, in three different series and 1,217 were made.

Lamborghini’s earlier front-engine cars were built on a tubular chassis as was the later Countach, but the Espada went its own way and was based on a strong, though relatively simple steel platform manufactured by Marchesi in Modena. 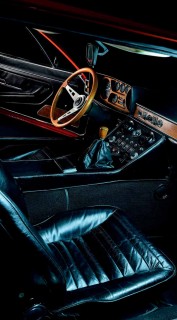 The wheelbase was ten centimetres longer compared to the 400GT, and also the engine was mounted twenty centimetres further forward in relation to the front axle. Despite this, they managed to achieve an almost even weight distribution, in large part due to the fairly heavy body.

This car was on sale at Classic Garage in Eskilstuna. It’s been in Sweden a long time and has also had its bodywork restored here.

The Espada is an early Series II from 1970. In the first year, 1968, only 37 cars were built and Series II was introduced in 1969. It had 350 horses instead of the early cars’ 325 and later Series II and III cars were given conventional, five-bolt rims instead of the centre locking wheels like the car in our picture.

Series III was debuted at the Turin Salon in 1972, but the differences were marginal, apart from the power being increased to 365 horses.

Regardless of the edition, the Espada has aged with style. Few cars have such a dramatic 1970s look, and to this day it can leave even the most hardened design nerds gasping in amazement. Unfortunately, Bertone’s build quality possibly doesn’t meet the same high standard as the design.

A few years ago, I was chatting to an experienced renovator who had just totally restored an Espada. To his surprise, it turned out that the Italian body manufacturer had used old orange crates when making the centre console! Not that the cars were particularly bad in any way, it just shows the “use what you have” mentality that characterised the making of small-series cars at the time.

But who really cares, it would be hard to find a cooler journey back in time. As soon as Espada is mentioned I see myself as the 16-17 year old on Hamngatan street, admiring the Italian family in their Gran Turismo-Lambo… 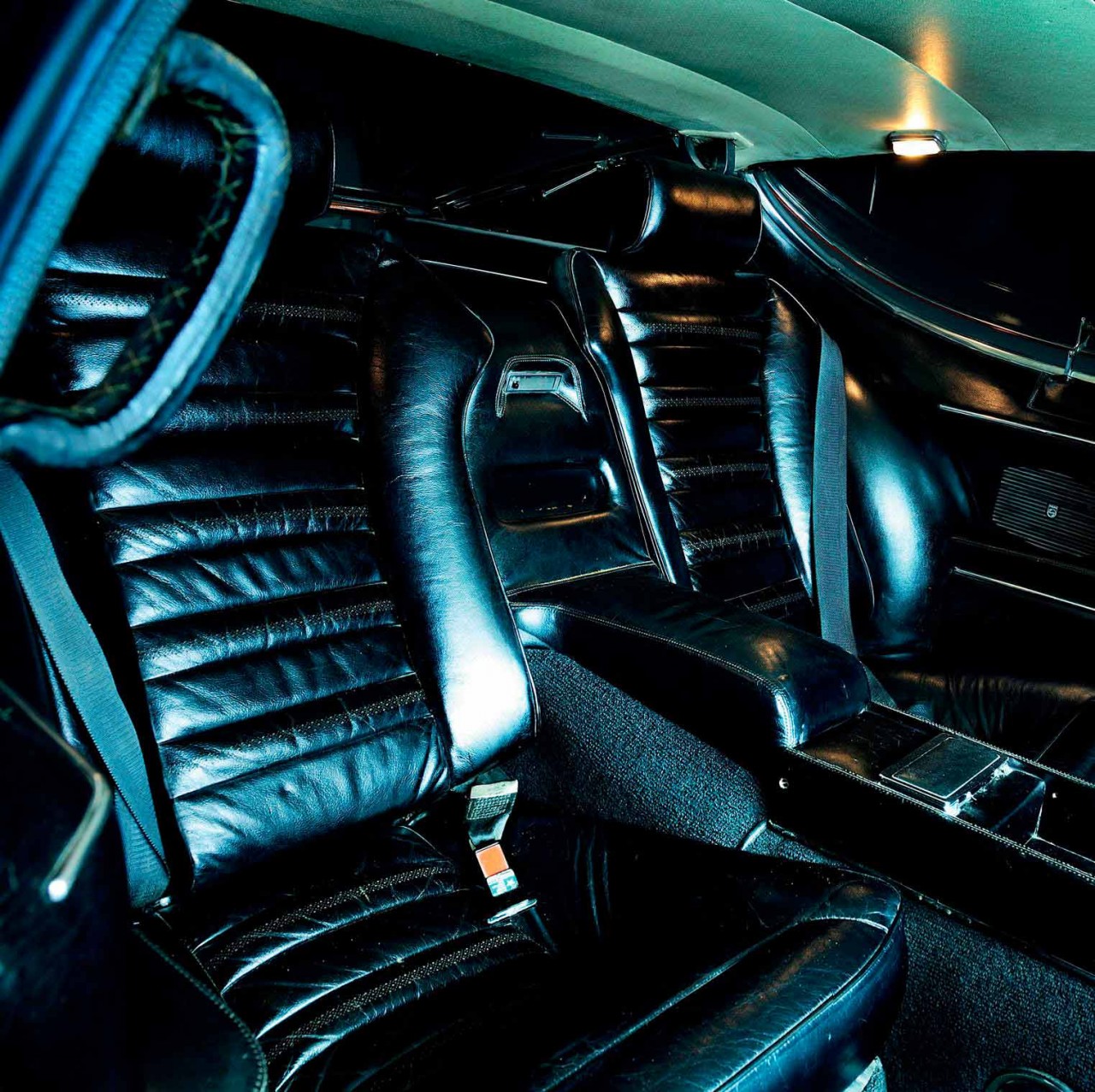 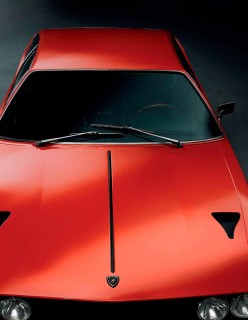 WHEN THE ESPADA CAME, LAMBORGHINI HAD ONLY EXISTED FOR FIVE YEARS. BUT WHAT YEARS! SHORTLY AFTER THAT THE MIURA ARRIVED…  FOUR COMFORTABLE

SEATS AND A TOP SPEED OF 250, TALK ABOUT GRAN TURISMO… 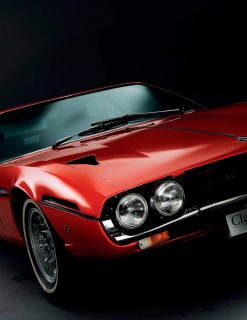 The V12 engine is basically the same as in all the earlier Lamborghini models from the time. The power output conforms with the the contemporary Islero and Jarama models. The Espada initially had 325 hp, Series II had 350 and Series III 365 horses.

The interior is surprisingly spacious for four people, although it is a bit of a struggle getting into the rear seats. Attentive readers will recognise the front seats from the Fiat Dino that Bertone built at the same time.

Large flat surfaces and angular details characterise the form that was typical of its time, yet still quite unique. In addition, the body is full of fun details that give it character, such as the air inlets on the bonnet, and the rear side windows that opened by swinging out at the bottom.