There’s an awful lot to love about the F10 M5 and we love it all. We love the understated yet muscular looks; we love the comfort and refinement, we love the tech and the toys and, above all, we really love the performance, courtesy of that sublime twin-turbo S63 V8. With the F10 M5, BMW really knocked it out of the park as far as performance was concerned and this car is an absolute beast. But you know what we love most of all about the F10 M5? The price. Back when the car launched in 2011, with a price tag of £73k or thereabouts, the thought of ever being able to actually afford one seemed like a pipe dream but depreciation has not been kind to the F10 M5 and now used prices are lower than ever. That means it is now accessible for a lot of people and surely one of the greatest performance bargains known to man. It’s a machine that’s incredibly hard to resist, especially when you come face-to-face with one as stunning as this particular example. 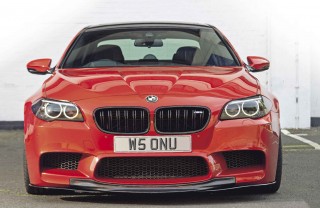 Its owner is Sonu Chandwani, who is no stranger to performance cars and modding – he’s previously appeared in PBMW way back in 2006 with his E46 323Ci and has had more high-performance machinery than most people have had hot dinners. This mighty M5 is the latest addition to his fleet, which also includes an SL55 AMG R230 and a Ferrari 355 – nice. “I’ve always been into cars, ever since I was a kid,” Sonu says, “and a red Ferrari was my dream car – I used to watch Magnum P.I. and ever since I saw that Ferrari I fell in love. I remember in 1984 I went to visit my sister and my brother-in-law had the same car and I knew one day I had to have one,” he beams. He is quite literally living the childhood dream, and running his own business with his brother has given him the means to pursue his passion for all things performance. “We started Dynamic Sounds in 1994 and over time we got well-know and we got into modding cars,” he says, with BMs forming a large portion of Sonu’s motoring history. “My first BM was an E30 325i Cab and since then I’ve had an E36 325i Saloon, the E46 323Ci you featured, a 650i and loads of other cars, all of them modded,” so to see him driving yet another BM is not in the least bit surprising.

“I bought the M5 in January 2017, completely stock and it was two years old when I got it. I’d been looking at cars, looking for a BM specifically and I wanted power, comfort and space – I’d looked at the F8x M3/4 but I decided that the M5 was the perfect car. I had a plan and I knew I was going to mod it,” he grins and we must say that we are loving his work.

“Up front sits a carbon fibre lip from SSDD, which fills out the middle of the bumper and, to further enhance that front-end ferocity, Sonu has added a custom underlip”

First things first, this F10 M5 looks absolutely awesome and that Sakhir orange paint is just killer. BMW got this shade so right and it looks stunning, switching from a dark burnt orange in the shade to a vibrant, retina-searing hue when the sun hits it and the flake and shine are outrageous. It’s not an easy to colour to pull off on a car as big as the F10 M5 – there’s an awful lot of orange to deal with and it could look a little overwhelming – but Sonu’s choice selection of exterior styling and the black and orange colour scheme he’s employed just take the edge off, allowing this monster to strike the perfect visual balance. 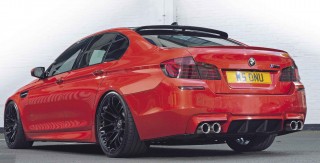 As standard, the F10 M5 has the look of a bouncer who’s been stuffed into the biggest off-the-rack suit that’s still a little bit too small to contain his massive, muscular bulk; there’s that sense of tension and tautness throughout all the surfaces and you can practically feel the muscles rippling beneath the surface. What Sonu has done is flexed his M5’s muscles, ripping that suit to shreds and while you wouldn’t go calling this F10 M5 in-your-face, it’s definitely not shy about letting you know that it means business. Up front sits a carbon fibre lip from SSDD, which fills out the middle of the bumper and, to further enhance that front-end ferocity, Sonu has added a custom underlip, which was made in-house along with a number of the other styling elements on the car, and the two work so well together. This combo is joined by SSDD black grilles, black badges front and rear and both the headlights and the rears have been ever-so-slightly and subtly tinted with Lamin-x. It’s at the front where that gentle tint really adds something that you can’t quite put your finger on and that one small mod makes a big difference to the whole package. To enhance the effect of the black-and-orange colour scheme, Sonu has had the roof wrapped in gloss black and he’s added custom-made side blades while at the back you’ll find an SSDD carbon centre diffuser flanked by custom rear side splitters and, the finishing touch, a Hamann carbon roof spoiler. While the various off-the-shelf styling additions are good, it’s the numerous custom elements that really set this car apart and make all the difference and they reflect Sonu’s approach to modding. “I stay away from what everyone else does,” he says and we totally get that, and he’s taken the same approach to his wheels. “I looked at hundreds, thousands of different wheels,” he chuckles, “I looked at ADV, HRE etc. and then I found these Breyton Race GTPs through a friend.” Breyton has been around for a long time and the name has decidedly old-school connotations for anyone who’s been on the modding scene for a while but the company’s contemporary offerings are thoroughly modern and seriously tough-looking, though these have received a little tweak. “They were matt black with a chrome lip, which I didn’t like,” says Sonu, “so after I bought them I sent them off to a wheel shop and had them custom-finished in gloss black, and that’s actually where I got the idea to go for the black and orange colour scheme,” which was definitely the right move as was choosing these wheels, because they look killer. 21s hit the size sweet-spot on the F10 M5, the gloss black works so well against the bold, bright Sakhir orange and the concave is just insane, meaning these add some serious visual impact to proceedings. 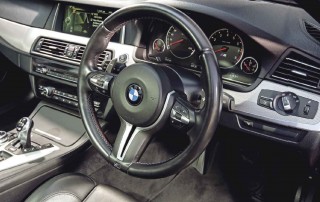 It goes without saying that a key ingredient in any build is getting that drop right and the F10 M5 presents a slight challenge because it comes with EDC as standard, meaning you either have to just go for lowering springs and get stuck with what might not be your ideal ride height, or spend a fortune swapping out the EDC setup for coilovers, losing your on-the-fly adjustability in the process. Luckily, KW offers its Height-Adjustable Spring (HAS) kit for the F10 M5, allowing you to keep your EDC and also fine-tune your ride height for the perfect drop, and that’s exactly what Sonu’s done here; he’s got his M5 sitting perfectly over the Breytons and it looks so purposeful. Of course, looks aren’t everything and when you’ve got an F10 M5 with that eminently tunable S63 sitting under the bonnet it’s going to be impossible to resist giving it just a little tweak… “I wanted a bit more power so I went for a RaceChip GTS Black tuning module and now the car is pushing around 650hp,” says Sonu, “but I haven’t done any more mods as the car is still under warranty and RaceChip cover the engine warranty. I’m happy with just this upgrade, the power is adequate,” he grins and that’s putting it mildly. To go with the significant increase in performance Sonu has also opted to give his M5 a more rousing soundtrack. With twin turbos muffling all that delicious V8 noise, the stock F10 M5 exhaust note is a little on the quiet side and while it might never be able to sound as good as a traditional NA V8, with a little bit of work the S63 can sound positively devilish and that’s exactly how we’d describe Sonu’s machine. A simple exhaust mod to remove some of the stock sound deadening has endowed this M5 with the sort of thunderous soundtrack you’d expect from a muscle car like this and it sounds absolutely awesome, angry and raw and utterly ferocious, while a pair of larger custom chrome tailpipes finish off the rear end perfectly. 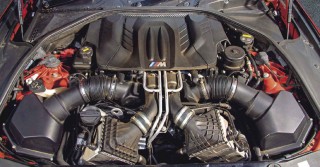 While Sonu hasn’t gone mad with his M5, his fine selection of choice mods has transformed the car, massively upping its visual appeal, giving it the soundtrack it deserves as well as unleashing some of those vast performance reserves and we love it. There is a lot more untapped potential remaining within this M5, but whether or not Sonu will be turning up the wick any further remains to be seen; “It’s done for now,” he says. “In the future I might go for downpipes and a stage 2 remap and I might change the wheels but let’s see what happens; I might just sell the car and start another project – I’d love to do an E30 325i Motorsport next,” he muses, “and I’m also looking at F90 M5s,” he adds, which is not surprising as an M5 is really the only thing you could possibly replace an M5 with. Sonu’s mighty M5 is a Sakhir delight and he’s really put together a seriously tasty package with the looks, sound and performance you want. Even for a man who’s owned four Ferraris, the incredible all-round ability of the M5 is still something that impresses. 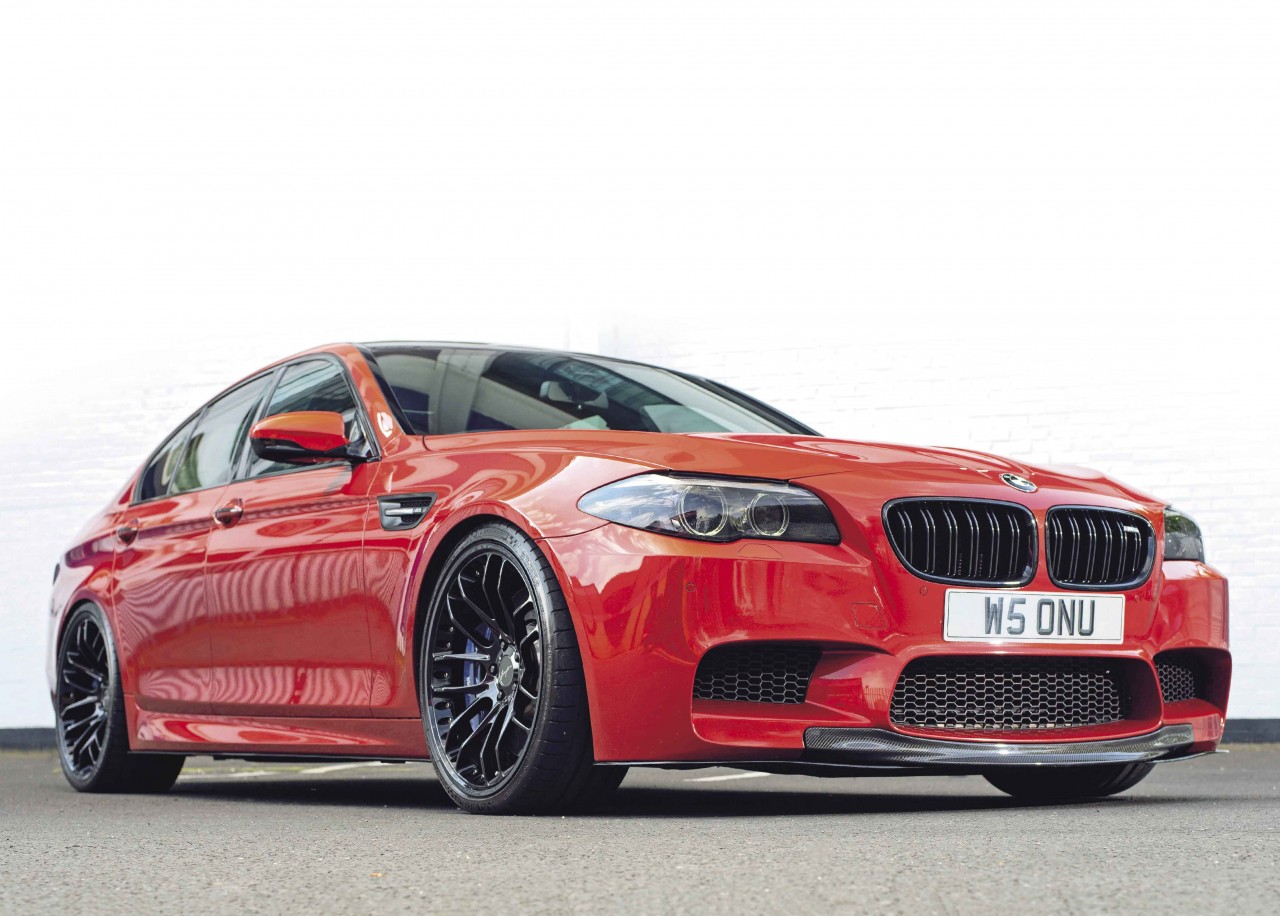 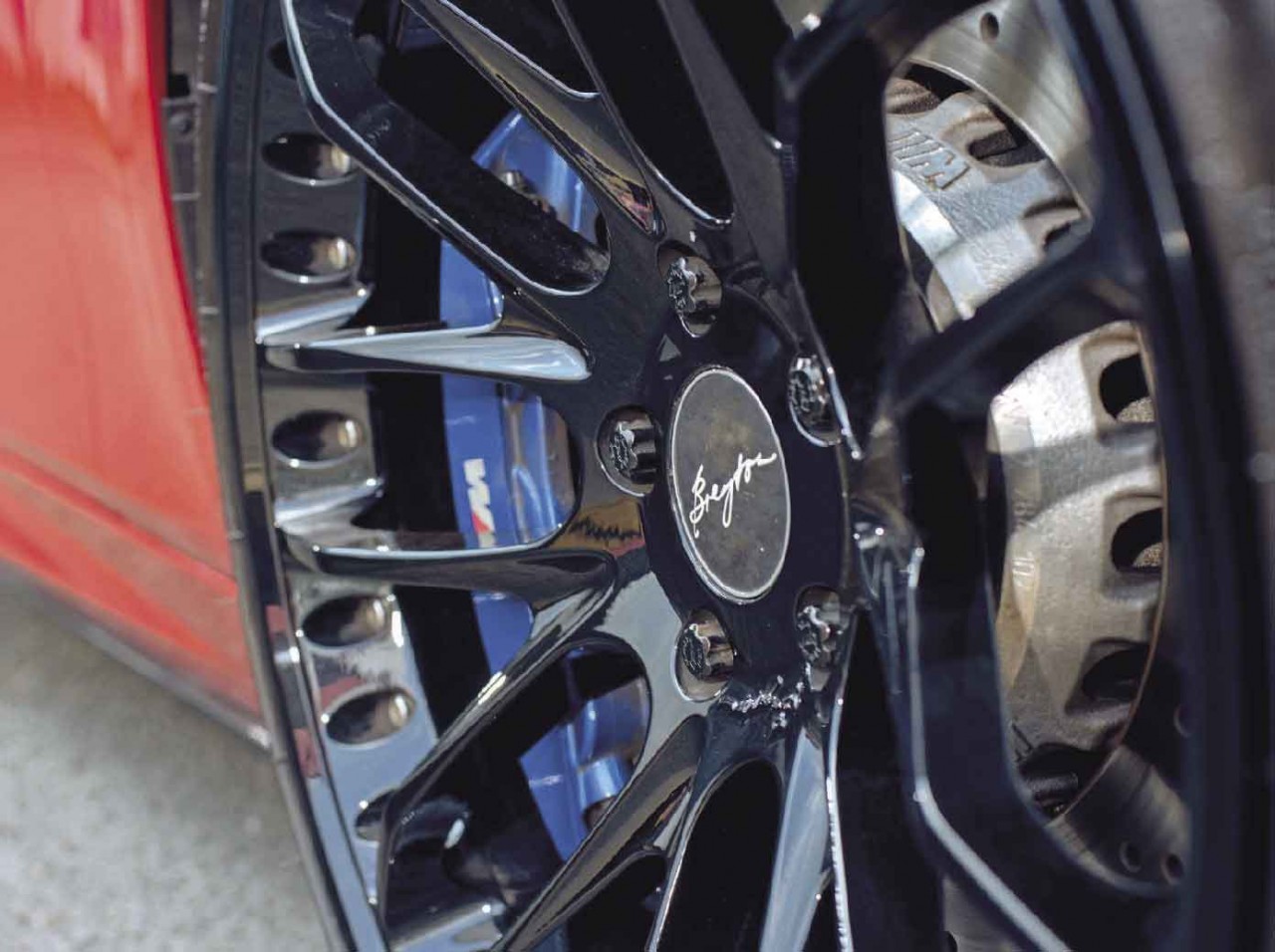 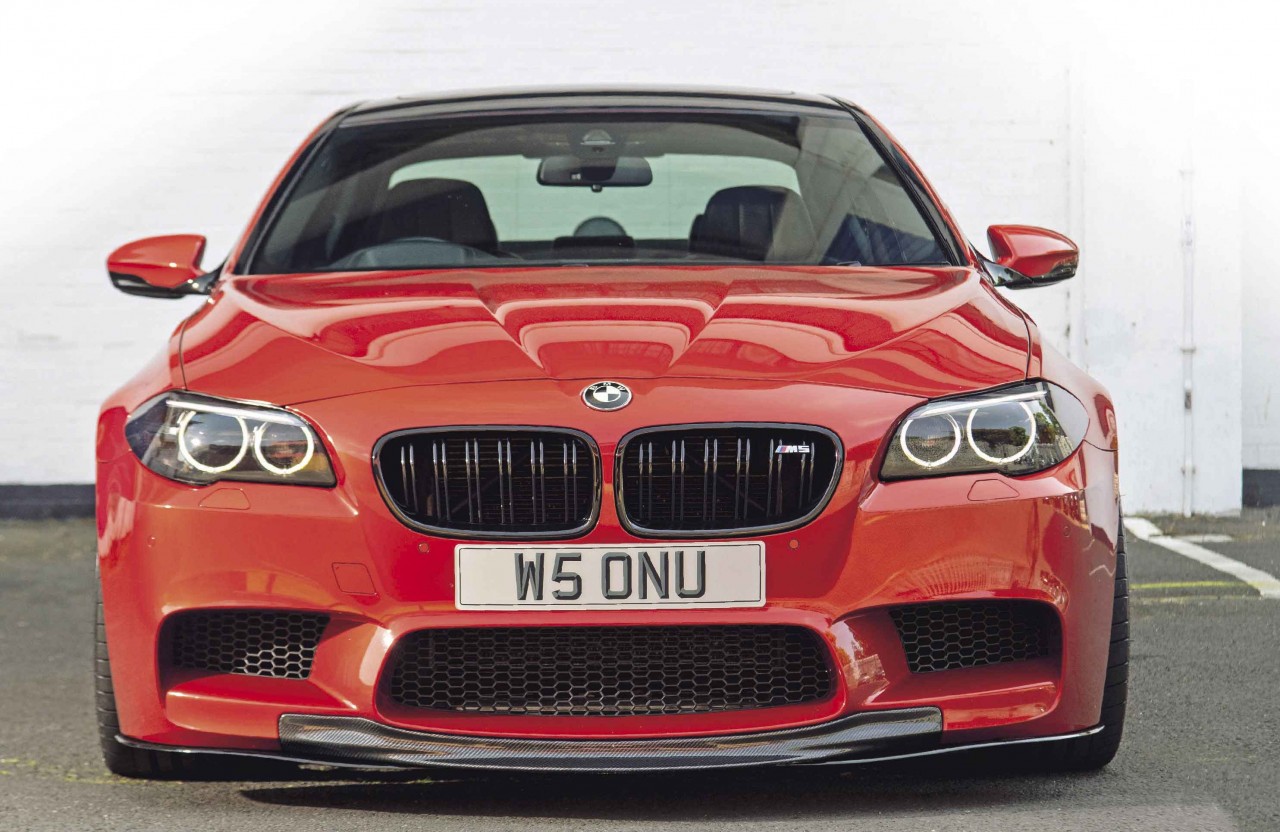 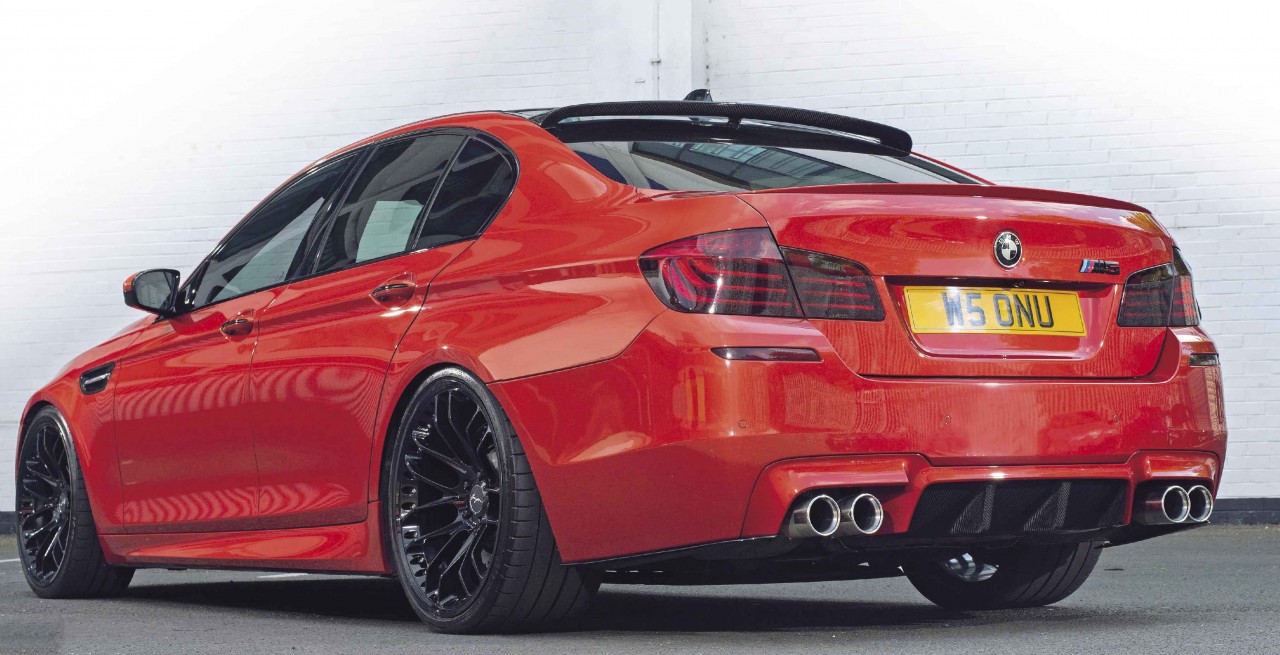 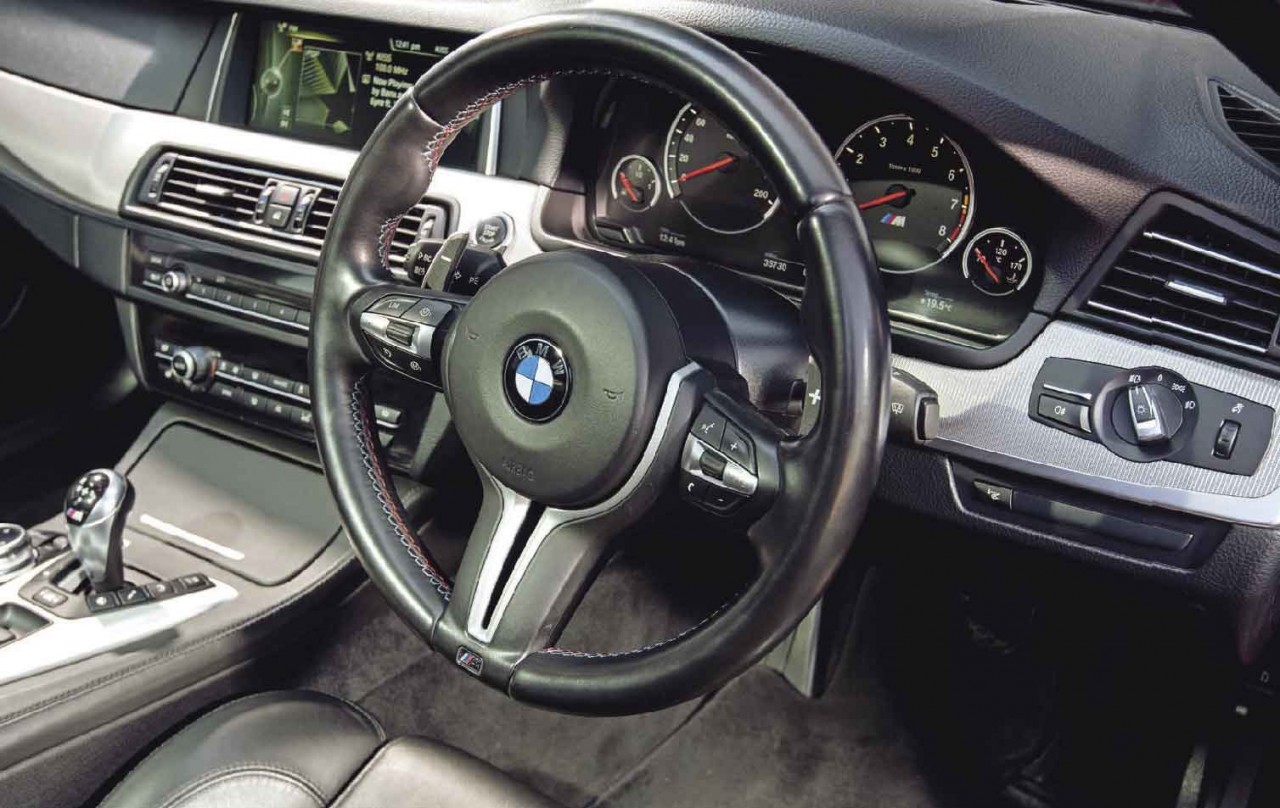 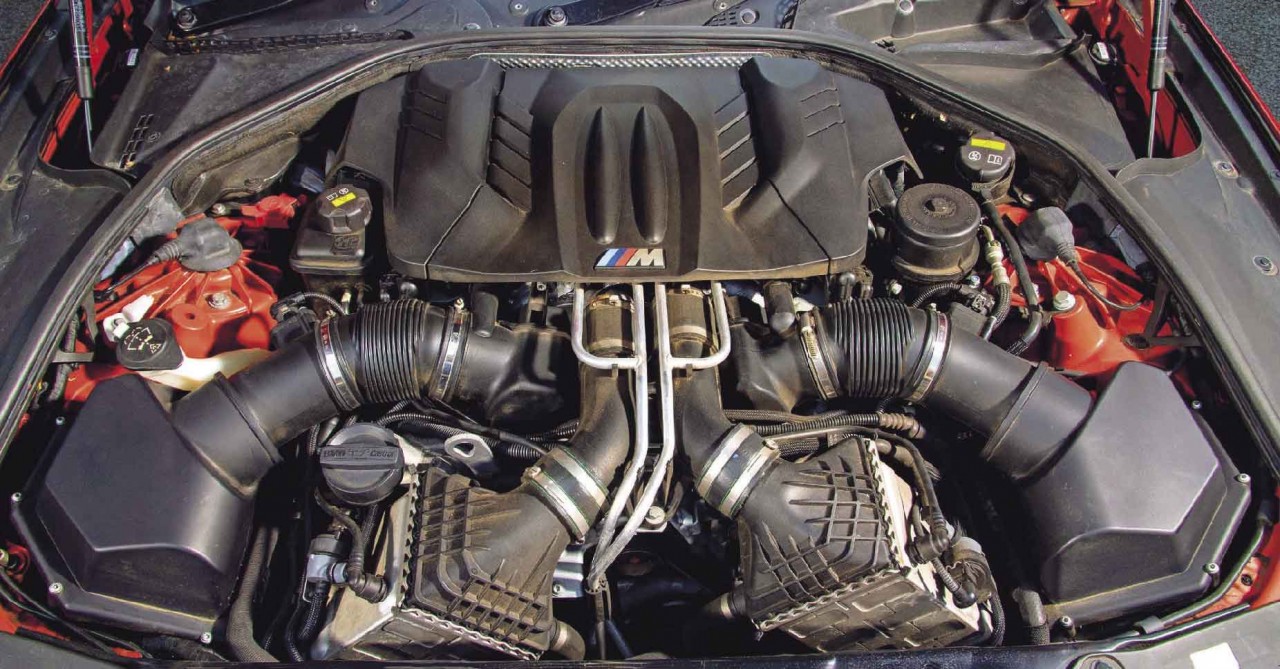 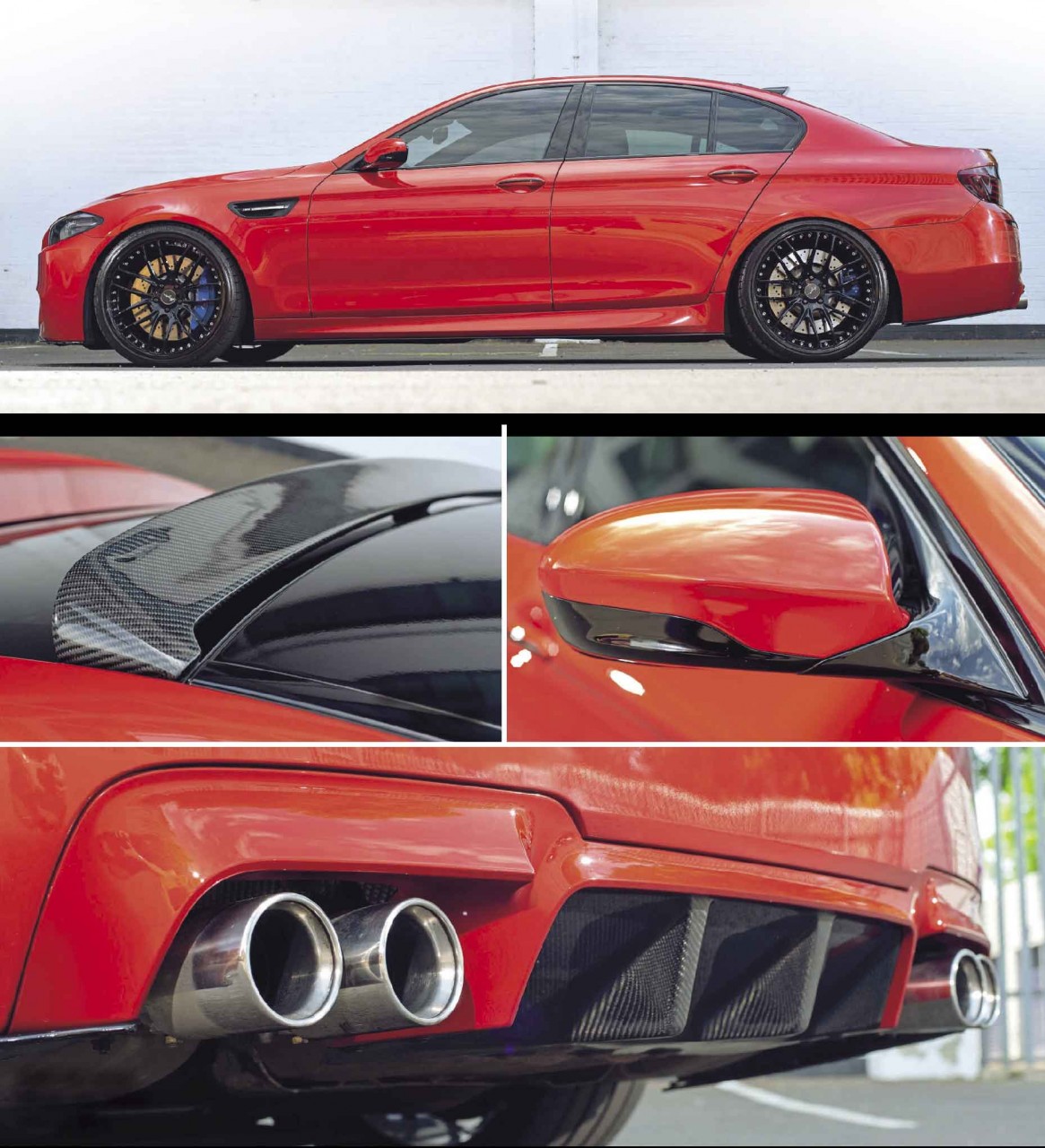