There are no two ways about it, the BMW M4 is an astonishing contraption. Launched in 2014, the F82/3 marked the point where the four-door version of the M3 went its own way and the two-door coupé/cabrio variants were furnished with a separate identity, and the specs really were to die for. At the core of it all is the brawny S55 motor, a twin-turbocharged 3.0-litre straight-six which was specifically developed for the M3/ M4. 431hp was the headline power figure, enabled by that pair of turbos running at 18 psi, and buyers could choose between a six-speed manual or the whip-crack seven-speed M DCT transmission. The car’s construct was formidable too, with extensive use of carbon fibre throughout ensuring that it was as svelte as possible given that it was also a fabulously well-equipped grand tourer, and carbon goodies included the roof and driveshaft among other components. Of course, as is the M Division’s way, it wasn’t too long before a factory hot-rodded version appeared, and in 2016 the M4 Competition Package was announced: this upgrade boosted power to 450hp, and brought in uprated springs, dampers and anti-roll bars. The DSC was retuned, the interior now sported lightweight seats, and all was peachy in M4-land.

“The power was elevated to some hilariously amusing levels – all 580hp of it – so it was time for Matt to return to that other key element of his opening gambit: to make the car look as aggressive as possible”

Naturally, of course, for some people even the idea of a factory-modified sports GT is only ever going to be a starting point, and the M4 Competition you see here boasts a radically steroidal spec list even above the frankly demented standard fare. In this particular case it was always written in the stars, as we so often find: “I’ve been really interested in cars since my early teens,” explains owner Matt Knowles. “My dad used to have a different company car every year, and it was always a bit of an event seeing what would be next! As soon as I could afford to buy my own car I was looking at performance over practicality, and when performance is your goal all paths lead to falling in love with M BMWs.” Yep, you won’t hear any arguments from us on that front. Why settle for less when M is best? “I think what I love most about M cars is they’re really engineered for drivers – you hear that a lot, but after owning AMGs and other all-wheel-drive cars, you really learn to understand the difference.”

This M4 Competition is, in fact, Matt’s first BMW (although he’s keen to point out that it certainly won’t be his last), and it was the flowing lines of the coupé that first drew him in – along with the brutal design of the rear end, with its fat arches and quad tails. He was able to strike at a serendipitous time, as the G8x M3/4 were hovering on the horizon so it made sense to buy new as there were deals to be had. This Yas Marina example had been a demonstrator at the local BMW dealer so it had a couple of hundred miles on the clock, which was ideal for Matt since he’d be able to wangle a sizeable discount. And it took all of one viewing – and, crucially, one hair-raising test-drive – to seal the deal. 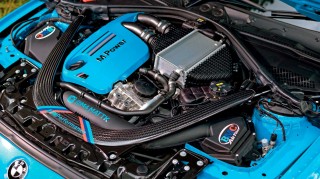 It goes without saying that modifications were factored into the plan from the off. Matt’s got serious form here, having been elbows-deep in the VW scene for years before swapping to a highly tuned Mercedes A45 AMG. “After convincing my wife that I wouldn’t do what I usually do, the plan was to enjoy the M4 and its natural power for a year or two,” he recalls, with a mischievous grin. “She can never understand what you can do to a car that is practically at the top of its class… I thought she knew me better than that! So the plan lasted all of five days before I started modding it, and 11 months down the line I have a list of modifications as long as your arm. The aim is to look as menacing as possible, with the power to match.”

“Rich at Wrap & Tint Worx was charged with the task of wrapping all of the interior plastics in carbon to match the various genuine carbon bits (such as the seatbacks), and a red start button found its way in”

Power isn’t exactly an area in which the M4 Competition is found wanting, but of course there are always mass-production tolerances to be ironed out, and secret reserves of hidden horsepower to be unleashed. The engine tuning began around two months into ownership, with Matt dropping in a pair of BMC air filters which really amplified the sound of the turbos. “I then decided to go down the bootmod3 route,” he says. “Knowing that I really wanted to push the car and that a Stage 1 tune was just a stop-gap, made bootmod3 a perfect option for me. You get instant gains, controllable burbles, it’s all customisable, and the possibility of swapping between maps and upgrading to a Stage 2 map for next-to-nothing when I was ready made it a winner!” 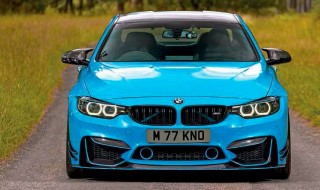 Now, it’s true of a lot of turbocharged engines that the presence of turbos quietens down the exhaust note a little more than is favourable, and this is a common gripe among owners of S55- engined cars. With this in mind, Matt set about rectifying the issue; he spoke to Paul at PCW Exhaust Mods about his V3 back box mod along with removing the secondary cats, which did a lot to help the M4 find its voice. The car was really turning heads by this point, but it was all of eight weeks before Matt decided to again level-up. You know what they say about how power corrupts, right?

“I was ready to start heading for the Stage 2 components and tune,” he says. “Following various forums online and regularly hearing about Tom Wrigley Performance, I decided to get in touch about taking things to the next level. Tom is a professional racing driver and has a real passion for tuning, and seeing M3s and M4s leaving his workshop with 700hp+ isn’t uncommon. I had Tom remove the primary cats, fit some high-flow VRSF downpipes, and then handed over to Paul Johnson (@f80paul) in the States to work his magic with a custom bootmod3 Stage 2 aggressive gunshot tune. On the drive home, I think the villages I drove through thought it was the end of the world! The car sounded like heavy artillery, with two-foot flames shooting out of all four exhaust tips when I lifted off – I had a perma-grin on my face for the whole four-hour journey home!” 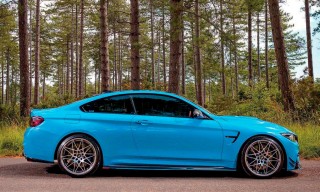 The power was elevated to some hilariously amusing levels – all 580hp of it – so it was time for Matt to return to that other key element of his opening gambit: to make the car look as aggressive as possible. “It’s not just about the performance, I’ve always enjoyed the little touches you can add to a car to make it stand out from the pack,” he explains. “I wanted the exterior to look mean, and I went about achieving that by tinting everything possible – lights, reflectors, windows, number plates, the works. Then I went to CarbonWurks for their DTM side skirts, CS front splitter and DTM rear diffuser. The DTM front splitter was actually my preferred option at first, but common stories about them getting knocked about meant I opted for something more usable. I’ve held back on the wheels for now too – generally, alloys are one of the first things you can change to make a massive difference to the cosmetics of a car, but the BMW 666M Competition alloys are just beautiful… maybe further down the line I would consider something else like the Rotiform CVT or forged LGB in black, but not for now.”

“I’ve always enjoyed the little touches you can add to a car to make it stand out from the pack. I wanted the exterior to look mean… I went to CarbonWurks for their DTM side skirts, CS front splitter and DTM rear diffuser”

The interior has received just as much attention as the exterior, again maintaining a fusion of OEM+ and motorsport aggression. Rich at Wrap & Tint Worx was charged with the task of wrapping all of the interior plastics in carbon to match the various genuine carbon bits (such as the seatbacks), and a red start button found its way in. The shift paddles have been extended, there’s full-screen Apple CarPlay, and perhaps the most brilliantly geeky upgrade is that the interior chimes and bongs have been re-coded to be Rolls-Royce spec – it turns out that in the back-end options it’s possible to recode the M4’s innards to run the BMW i or Rolls-Royce sound sets. How cool is that?

As you’ve no doubt gathered, it’s all about the details with this project. “I think my favourite mod so far is the LED display screen in the rear window, which displays ‘BYE’ and flips the bird when some joker wants to try his luck,” Matt smirks. It’s certainly one way to make a statement, particularly when coupled with the aforementioned artillery fire and two-foot flames. And it’s safe to say that any promises to the better half about exercising moderation in tweaking this car have eagerly flown out of the window. “I’m planning another exhaust mod next,” he muses. “The PCW exhaust mod is fantastic for adding a bit of sound to your M, but due to all of the other tuning it really highlights an unwanted rasp in the exhaust note, so this will be getting sorted by fitting the Active Autowerke mid-pipe very soon.” And so the dance gambols on.

The M4 may be an incredible machine, and the M4 Competition even more so, but this was only ever a starting point for this guy. Matt’s enthusiasm, attention to detail and insistence on perfection have resulted in a thoroughly reworked M4 Comp with attitude in spades – and it just keeps on getting better.

THANKS I’d like to thank Rich at Wrap & Tint Worx for always making time for me, Dan at CarbonWurks, Tom Wrigley at Tom Wrigley Performance, Dale at Southern Coding, Barry at ValetingBros, all the guys at Kartechnic Ltd, Min at MpireUK car crew, and Charlie and Sandra at @PetroleumSpirit_ Carclub, check all these guys out on Insta! 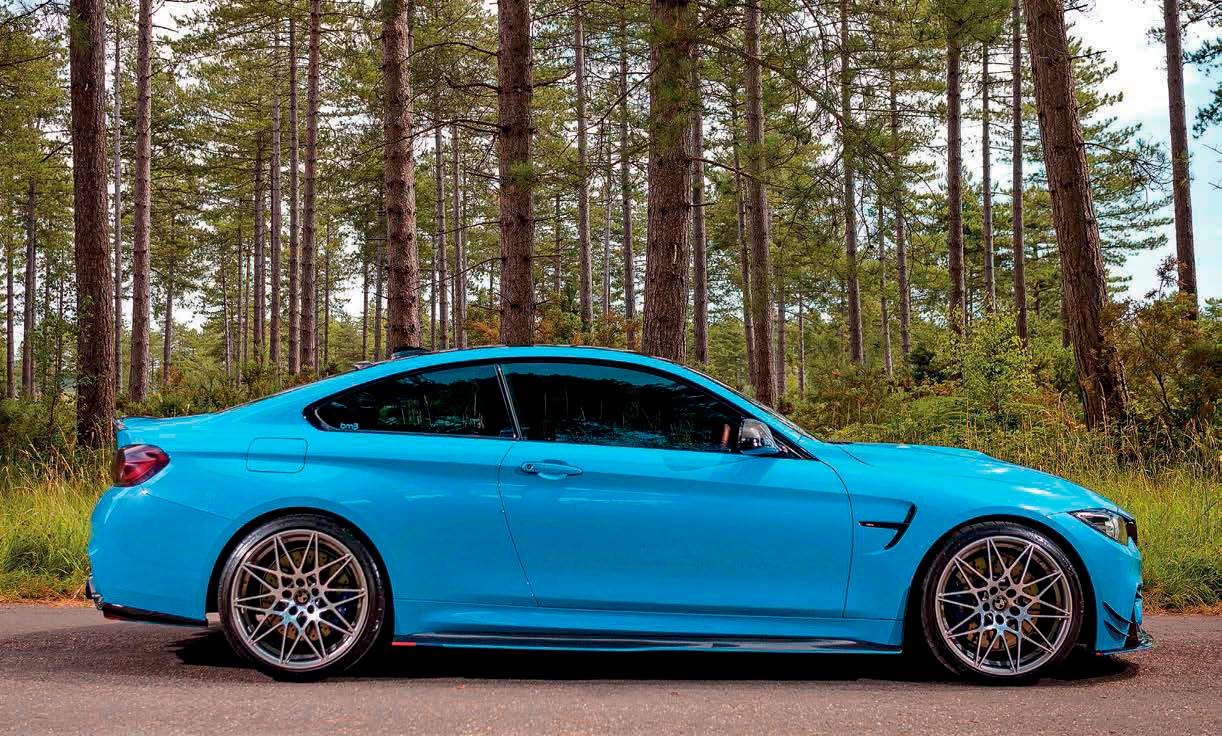 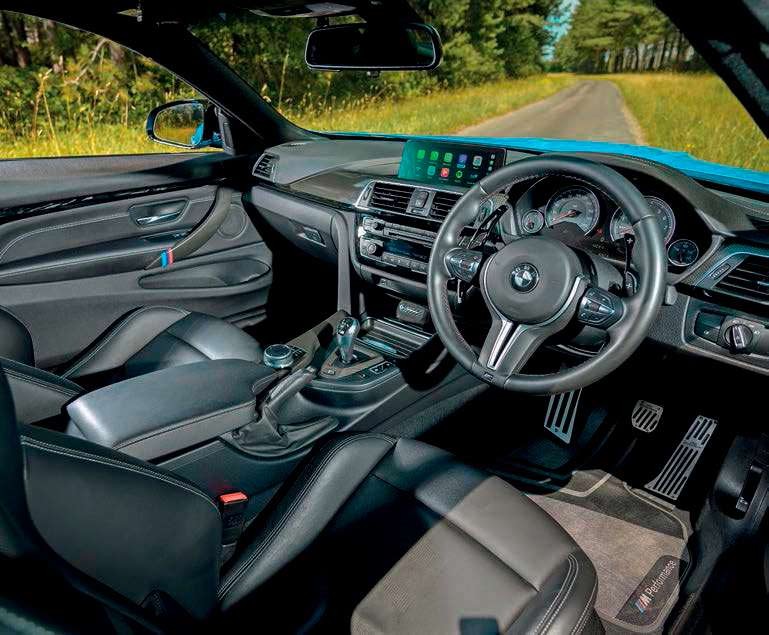 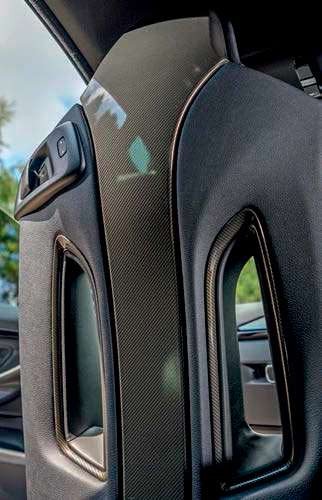 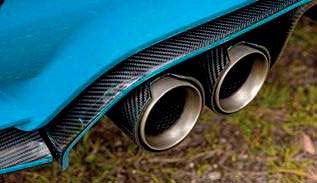 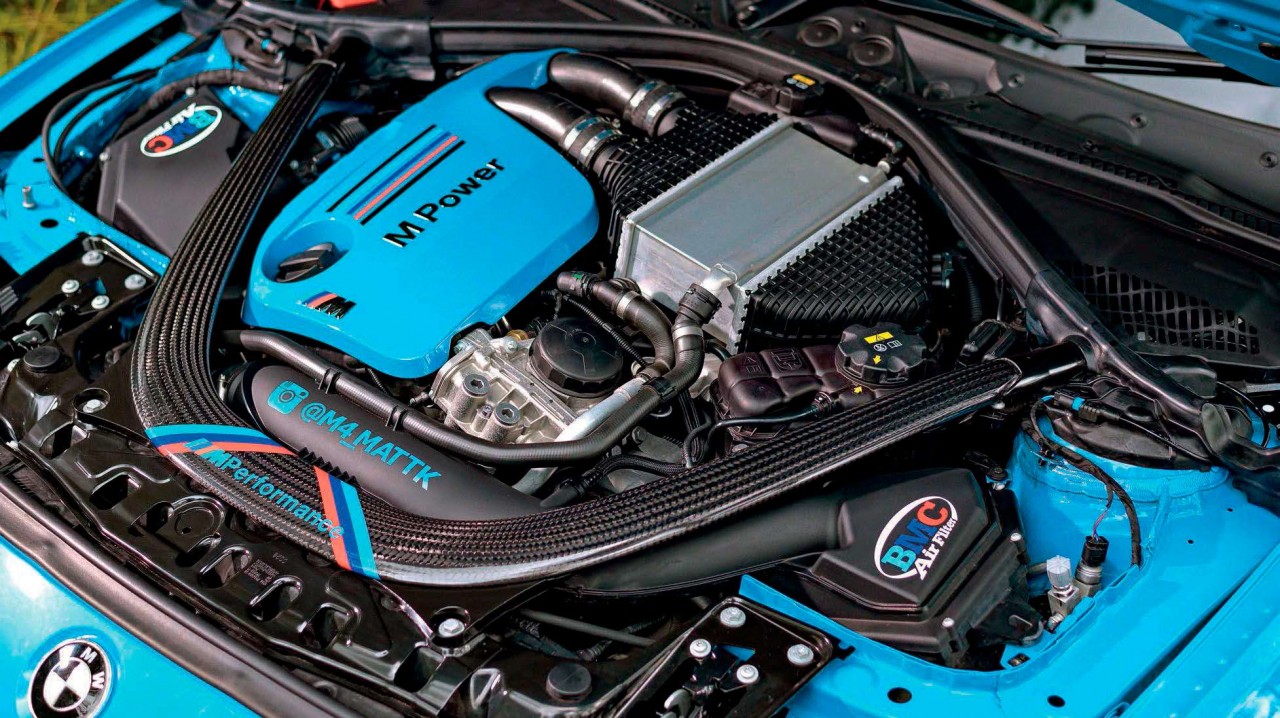 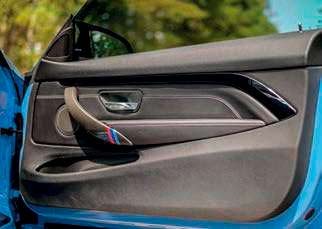 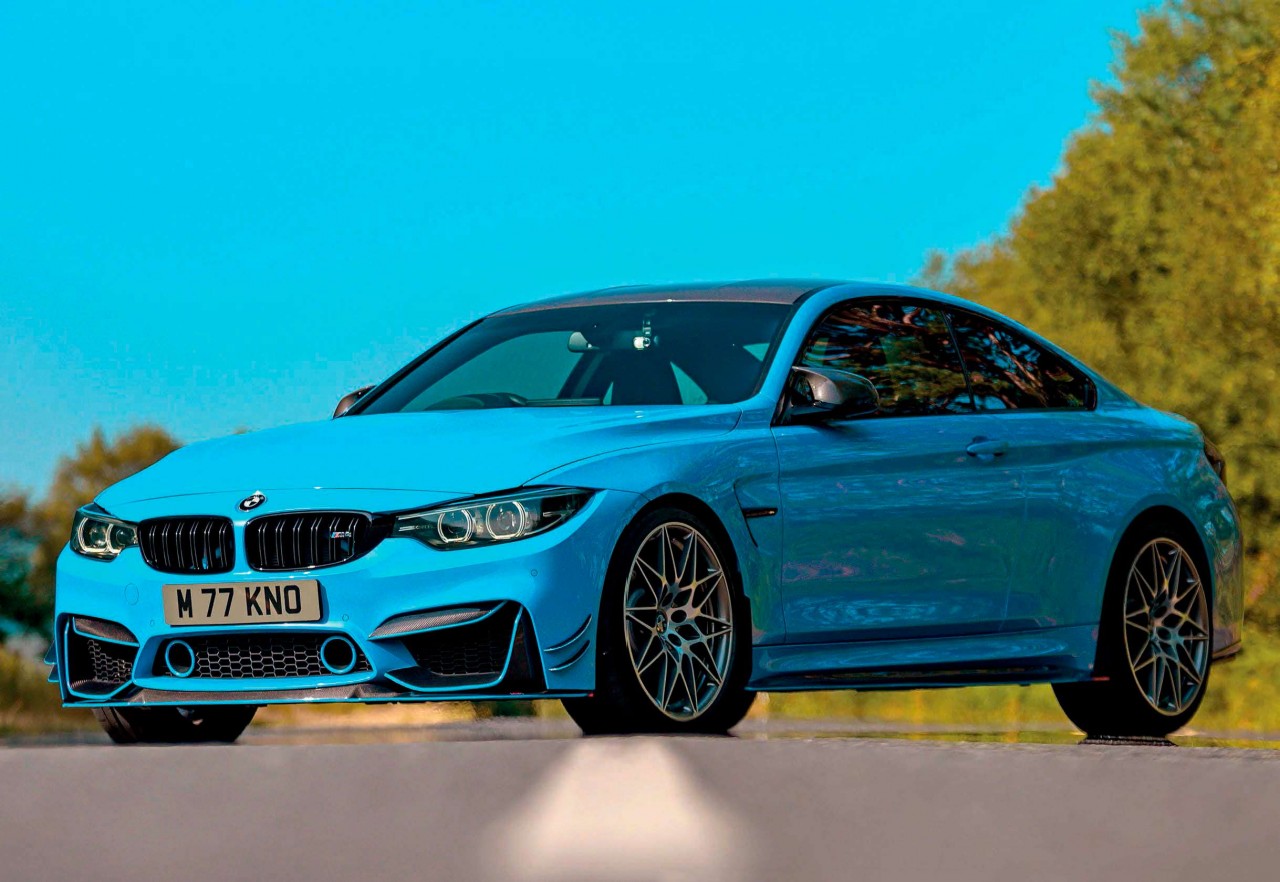 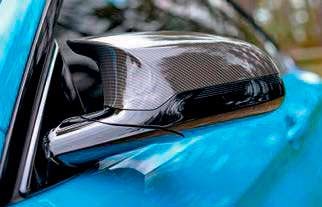 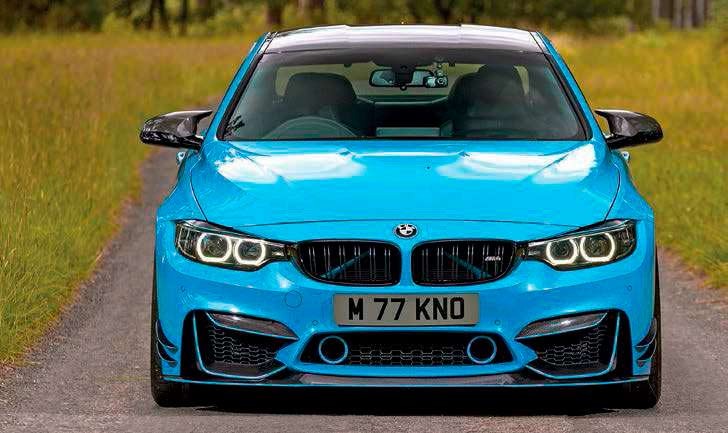 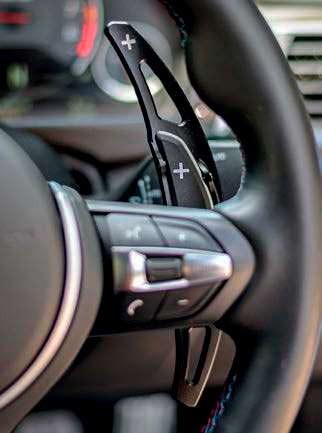 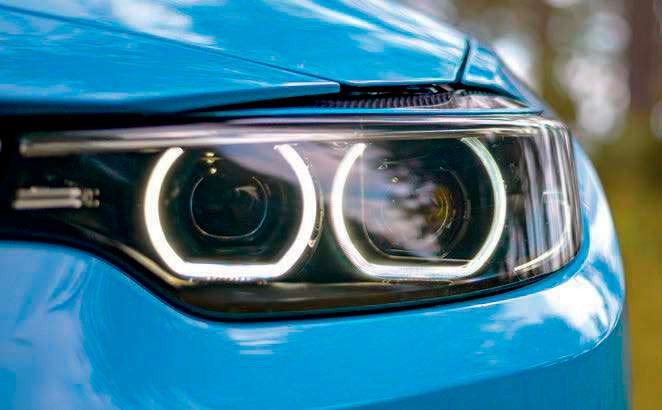 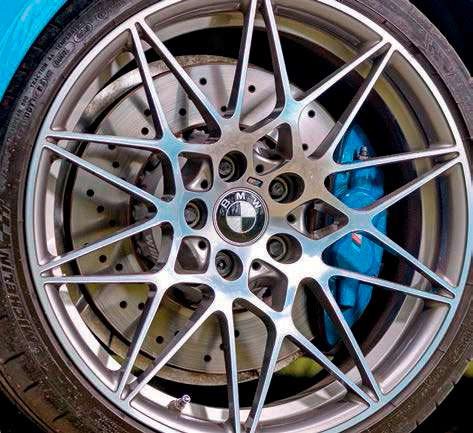 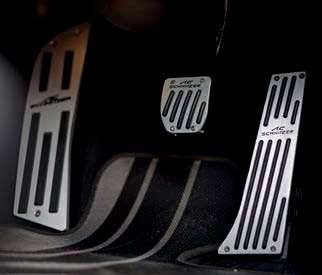