There’s a simple formula that will allow you to make people’s heads spin on the retro scene, and it is this: obscure car + obscene mods = dropped jaws. Think of it as a very basic two-circle Venn diagram, if you will; the occupants of the ‘obscure’ circle will always draw a crowd – imagine showing up at TRAX or Players in a Zaporozhets or a Goggomobil, you’ll be fighting off the gawping admirers with a smelly stick. The ‘obscene’ circle is rather more polarising; picture, say, turning up at one of those events in a Hillman Hunter with a radial engine and bolt-on Rocket Bunny arches, or a Renault Espace on air-ride – some people will want to pat you on the back and shake your hand, others may wish to spit in your eye and cast ill will over your dreams. It’s in the crossover between the two circles that the really meaty stuff happens, and among the Turner drag racers and V8-powered Daihatsu Charades you’ll find this rather naughty Audi 200. 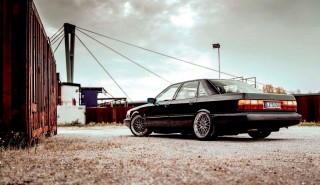 ‘What’s that,’ you ask? Well, thanks for joining in – allow us to elaborate. You see, the 200 was the car that happened while everyone was distracted by the Coupes; the sensible luxury saloon that will be very familiar to a few readers, but quite obscure to most. Badged deliberately to confuse, it was the 5-cylinder variant of the Audi 100; when the C2-generation 100 launched back in 1976, the addition of a fuel-injected 5-pot turned it into a 200, and it was much the same deal when the C3-gen cars emerged in 1982. The 200-spec arrived the following year, boasting a turbocharged 20-valve version of the five-banger. An executive saloon for people who wanted to waft under the radar, yet also possess the firepower to seriously ruffle some feathers.

Everyone eulogises about the early-1990s being the glory days of the Ford Sierra RS Cosworth, but the Audi 200 20v in Quattro spec was packing more power than the Ford, and it had oodles more grip too. This is a car that deserves to be remembered more fondly and widely than it is.

Thomas Reidl is a man keen to reframe these perceptions, however. Known affectionately by the nickname ‘Dicker’, he resides in a small village in lower Bavaria, the heart of German horsepower junkie lore, and he’s doing things to the Audi 200 that would make your head spin. Just look at his glorious creation, glinting in the light: on the one hand it appears relatively stealthy, an unadorned three-box saloon in the classic style. But on the other, it’s clearly sitting super-low over some tasty (and frankly humongous) race car wheels. All is evidently not as it seems here. And any ambiguity is blown into the weeds when Dicker buries the throttle, all four wheels staggering to deploy the mighty turbocharged grunt as the execu-barge scampers frantically for the horizon. Well, that’s the effect of 450bhp for you. 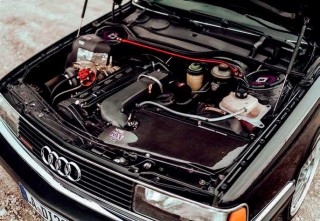 Interestingly – although perhaps not wholly surprisingly – it wasn’t the 200 that first ignited the Audi fire in his soul as a youngster, but something rather more intense. “When I was a little boy, my father took me to watch a race with Walter Röhrl driving his famous Audi Quattro S1,” Dicker recalls. “That was the moment, right there: I was hooked for life.”

Fast forward to the legal driving age, and what do we find our four-ringed friend buying for himself? Err… okay, it wasn’t an Audi, and neither was the next car, but finally he found his passion third timelucky with an A4. “It was a 2.5 TDI, and to be honest I had so much trouble with it,” he recalls. “So, I decided to seek out a new car – but I had no idea which would be the right one for me… would I prefer a new or an old car? And then a friend said to me ‘Why not get an Audi 200? A 5cylinder turbo, that’s what you need’ – and so that was decision made.”

With the big saloon firmly in his sights, Dicker set about scouring the classifieds for just the right example. And after a few weeks, he found it in Ingolstadt, a 1990 20v Quattro. This was back in 2006, and he readily admits that he was never planning on keeping it for this long; “It’s addictive,” he smiles, “every time I drive it, it just feels like my car.” 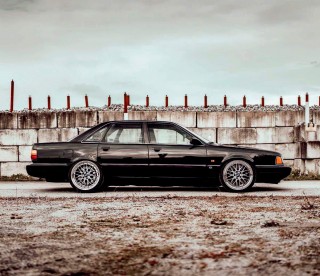 The condition of the car as-bought was generally good; it had been owned by a young guy who’d clearly been enjoying the mischief inherent in the stock 220bhp motor and had endeavoured to put his own stamp on the 200. “There were a few things I had to change right away,” Dicker laughs. “It had really dark window tints, and so much plastic crap attached to the exterior – but the substance of the car was good. The first thing I did when I got it home was to strip off the tints and remove the enormous ‘biohazard’ sticker stuck to the back window!”

Everything was straight and solid, the original Panther Black paint still gleaming and the bone-stock 3B 20-valve engine ticking along nicely. For the first five years or so of ownership, Dicker simply enjoyed it for what it was, daily-driving it and appreciating the combination of creamysmooth torque and amusing boost on demand, coupled with a wafty ride and all sorts of elbow room inside. But all the while, those memories of Walter Röhrl and his S1 were nestled at the back of his subconscious, until the tension became too much to bear and, in the winter of 2012/2013, the 200 was taken off the road for a bit of a seeing-to. What happened next was wonderfully surprising. While the factory-fit 3B engine was a solid and reliable little unit making decent power, Dicker had done his research and he knew just what he needed to do to level-up. So the old motor was hoiked out, and replaced by an ABY engine from an Audi S2. The fundamentals are shared (it’s still a 2.2-litre 20v unit, with five cylinders and a turbo), but this motor made a better base for what he had planned. This included the addition of a Garrett GT30/76 turbo, a home-made charge cooler setup, uprated fuelling by means of 630cc Siemens injectors and a Bosch 044 fuel pump, and a 5-branch manifold going into a home-made 76mm exhaust system. It’s all managed by a programmable VEMS ECU and has been painstakingly tweaked by the careful hands at Audiland and PK Motorsport. The results of this are a reliable and usable 450bhp, with 479lb.ft of torque, engineered to be at once hilariously aggressive and friendly enough to use every day. 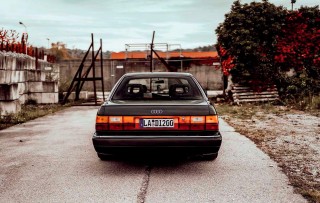 It’s not highly-strung or boosty, it’s perfectly set up to balance power and usability. The stock 5-speed gearbox and the Quattro system are more than up to the task of handling it all, and so with the performance taken care of, it was time to address the aesthetics.

Dicker didn’t want to rewrite history here, the aim was subtlety rather than ostentation, and the first stage was to ceramic-coat that beautiful black paint. And then, of course, it was vital to sort out the way the thing sits. “It was always clear to me that I had to drive static,” he explains. “I think air-ride is for cruisers – like old Mercedes, for example!”

The aim here was for some extreme static lows, but with quality componentry to allow him to deploy that power effectively with decent and predictable handling. Scene superheroes Gepfeffert came to the rescue here, with a set of their custom-modified KW V3 coilovers, allied to camber-adjustable top mounts. The brakes have been logically upgraded, as you can’t really expect 1990-spec saloon car stoppers to happily deal with 450 horses without wilting; the 200 now wears RS3 brakes with 370mm discs up front, while the rear sports a VW Phaeton setup with 330mm rotors. The wheels they sit behind are frankly phenomenal, imbuing the chunky saloon with a real contemporary Touring Car vibe, tucking the vast 19” diameter right up inside the flawless original arches. They’re BBS Le Mans splits, if you were wondering, and they pull off the neat trick of being period-perfect while also really modernising the vibe.

“the old motor was hoiked out, and replaced by an ABY engine from an Audi S2” 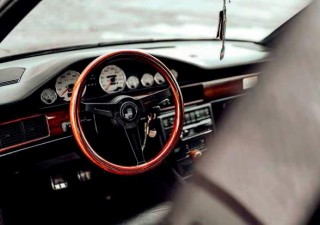 “I just love the clean look of this car,” Dicker beams, and he’s right to be proud of it. “I think the side view is my favourite, or the rear… hell, I just love all of it! I think it would be wrong for a car like this to have a big bodykit, or bolt-on arches or large spoilers, it needs to be clean and crisp. To me, it’s perfect as it is, and it’s so much fun to cruise – and occasionally put your foot down, of course! The best reactions to the car always come from the older guys, the ones who used to own these cars back when they weren’t that old. It’s the five-cylinder engine that really makes it though – every Audi 5-pot sounds incredible.” Yep, that’ll be the spectre of Walter Röhrl talking again. Dicker’s taken a mainstream influence, a motorsport hero shared by many, and painted that enthusiasm across a fresh and unexpected canvas. A 450bhp Audi 200 is squarely in the centre of the obscure/obscene Venn diagram, and that’s just where Dicker wants to be.

Thanks: “A lot of thanks to all my great friends who always supported me at the strangest times of the day – I couldn’t do this without them!”

While the exterior is largely untouched from stock, Dicker’s put a lot of effort into turning the interior into a beautifully appointed and luxurious daily cruiser. The full black leather interior from a Audi V8 Exclusive Sport has been swapped in, complemented by brown Alcantara headlining, a Nardi steering wheel, and some custom home-made wooden door inserts to match the steering wheel and gearknob. It’s got a period 1990s retro vibe, and it really suits the 200’s range-topping character. The addition of a high-end audio setup completes the picture – so when he’s not burying the throttle and revelling in the sonorous noises of that turbo’d five-pot, he can crank up the tunes in supreme comfort.

Lessons learned from this project: For all the people who don’t understand car guys and car girls – I’m sorry for you!

What’s next? Perhaps some more horsepower… 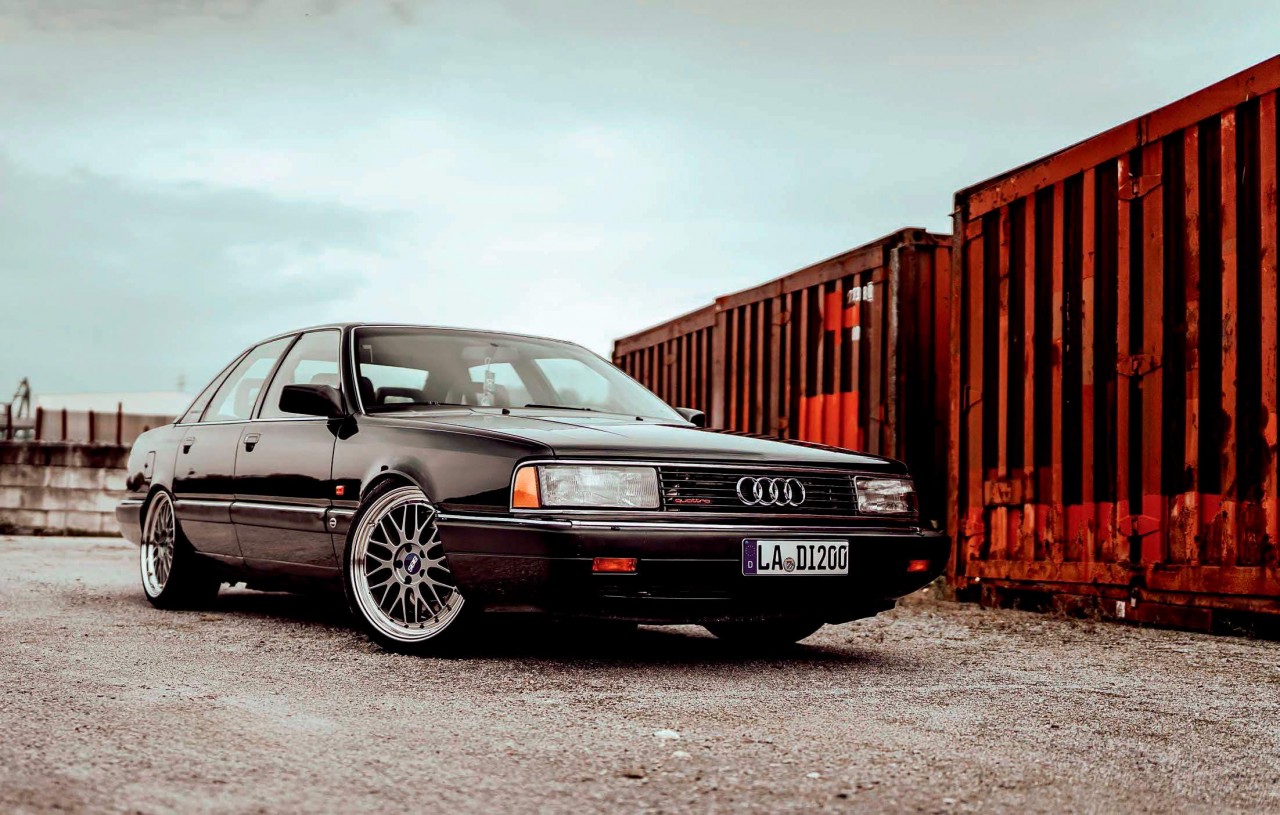 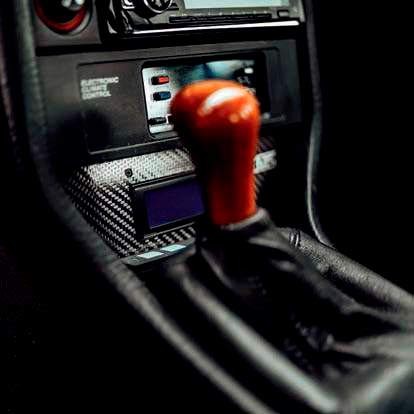 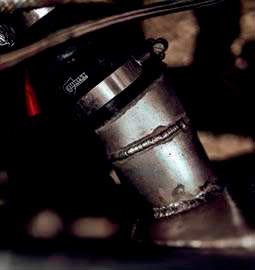 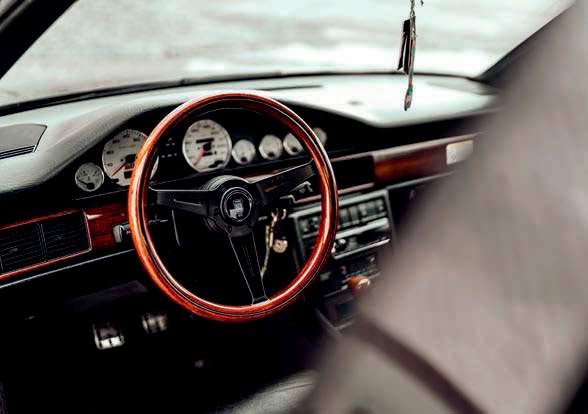 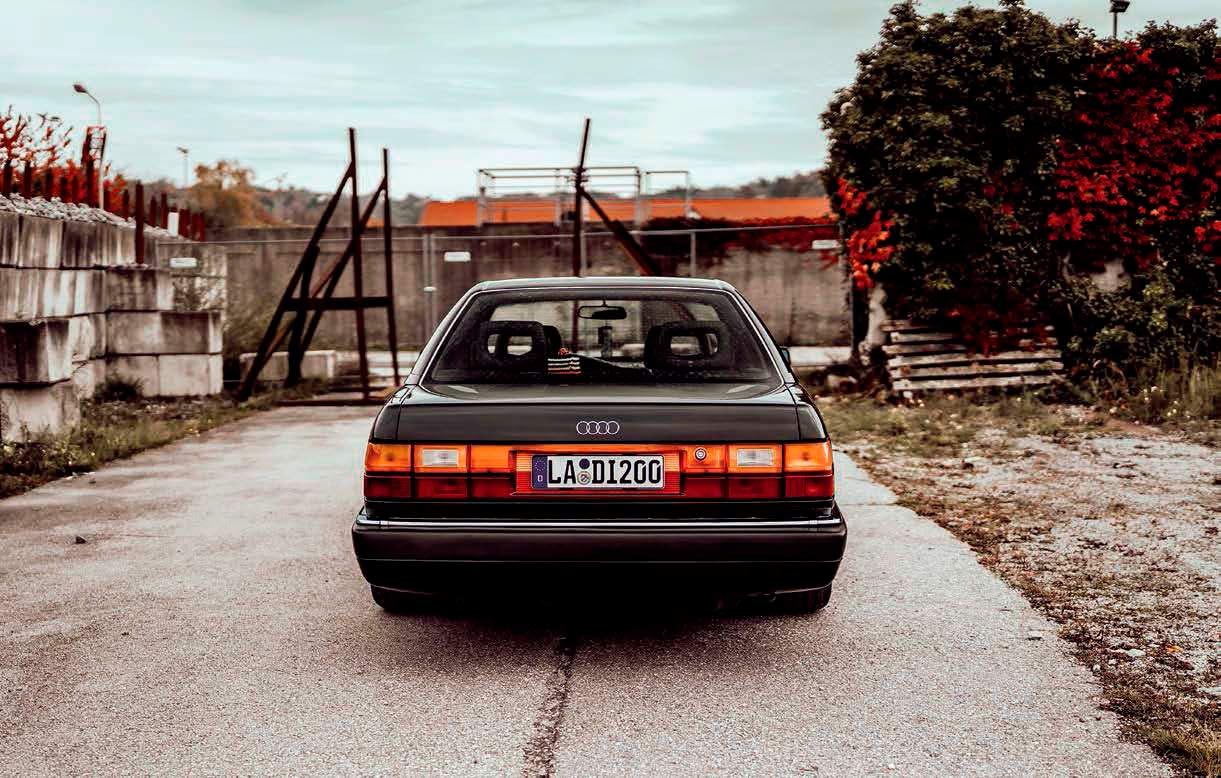 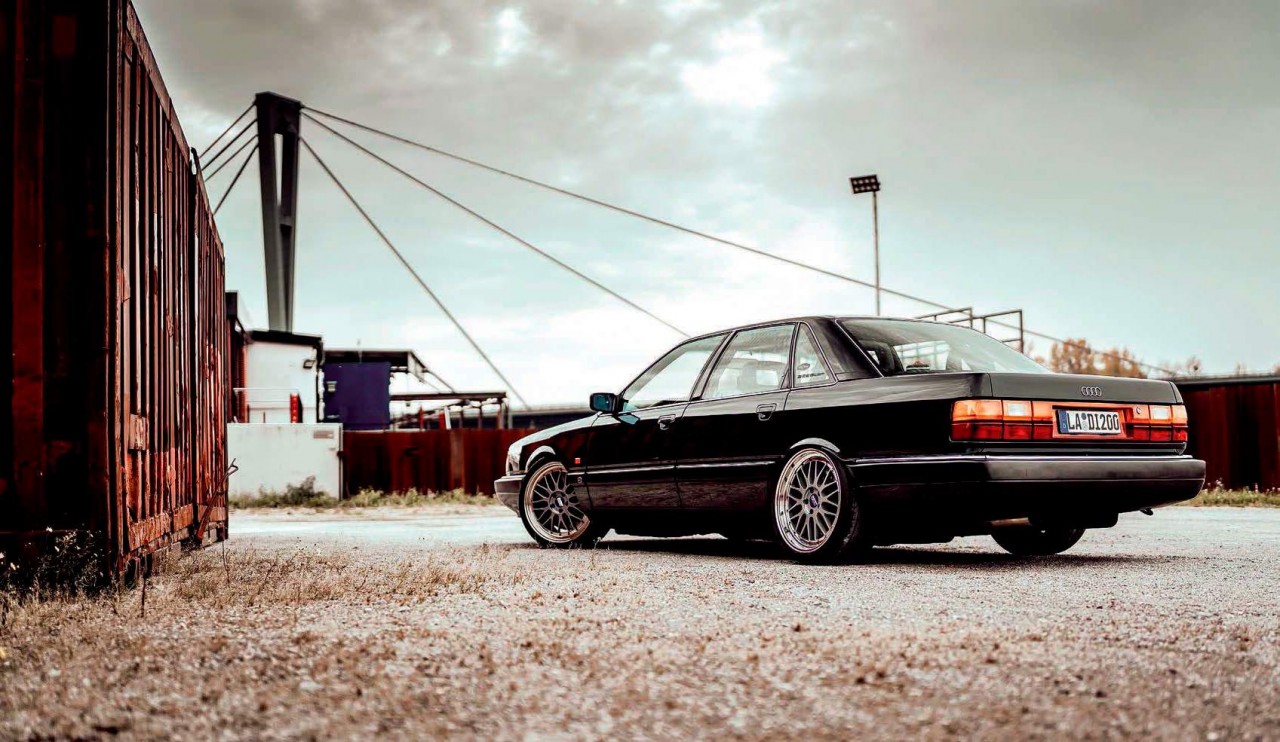 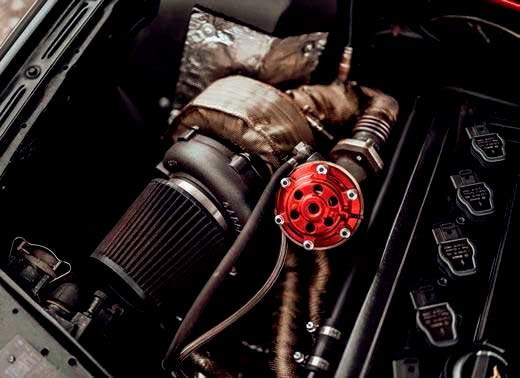 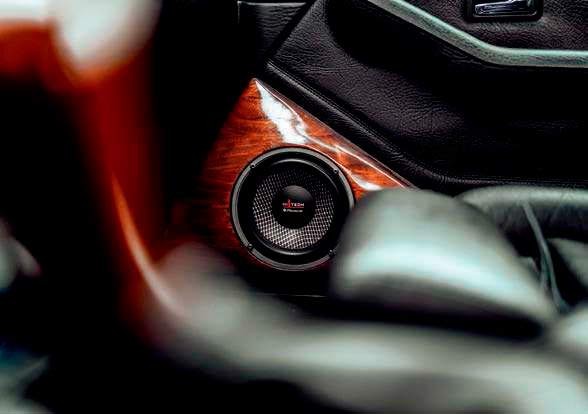 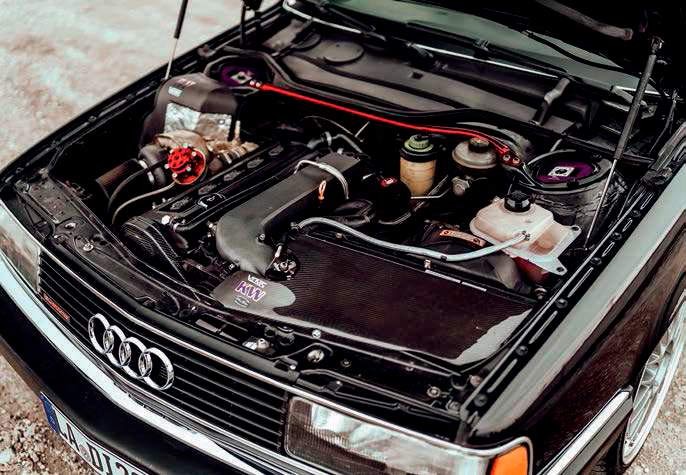 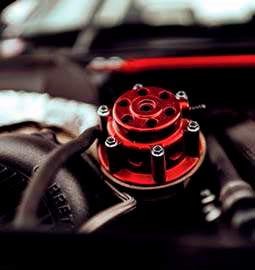 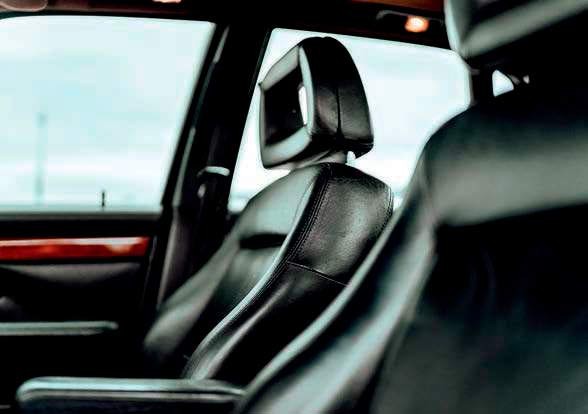 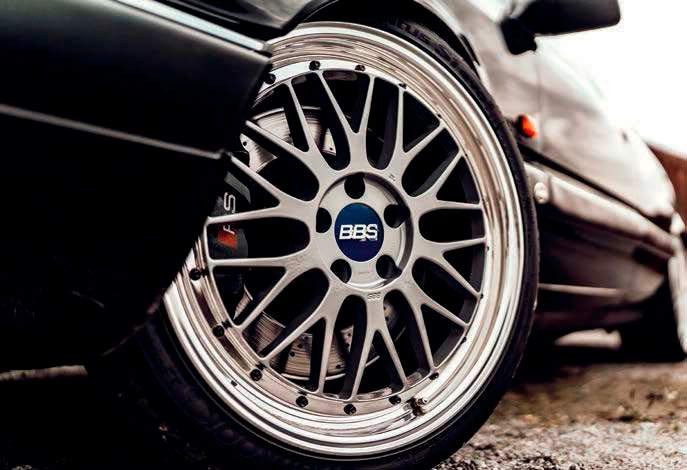 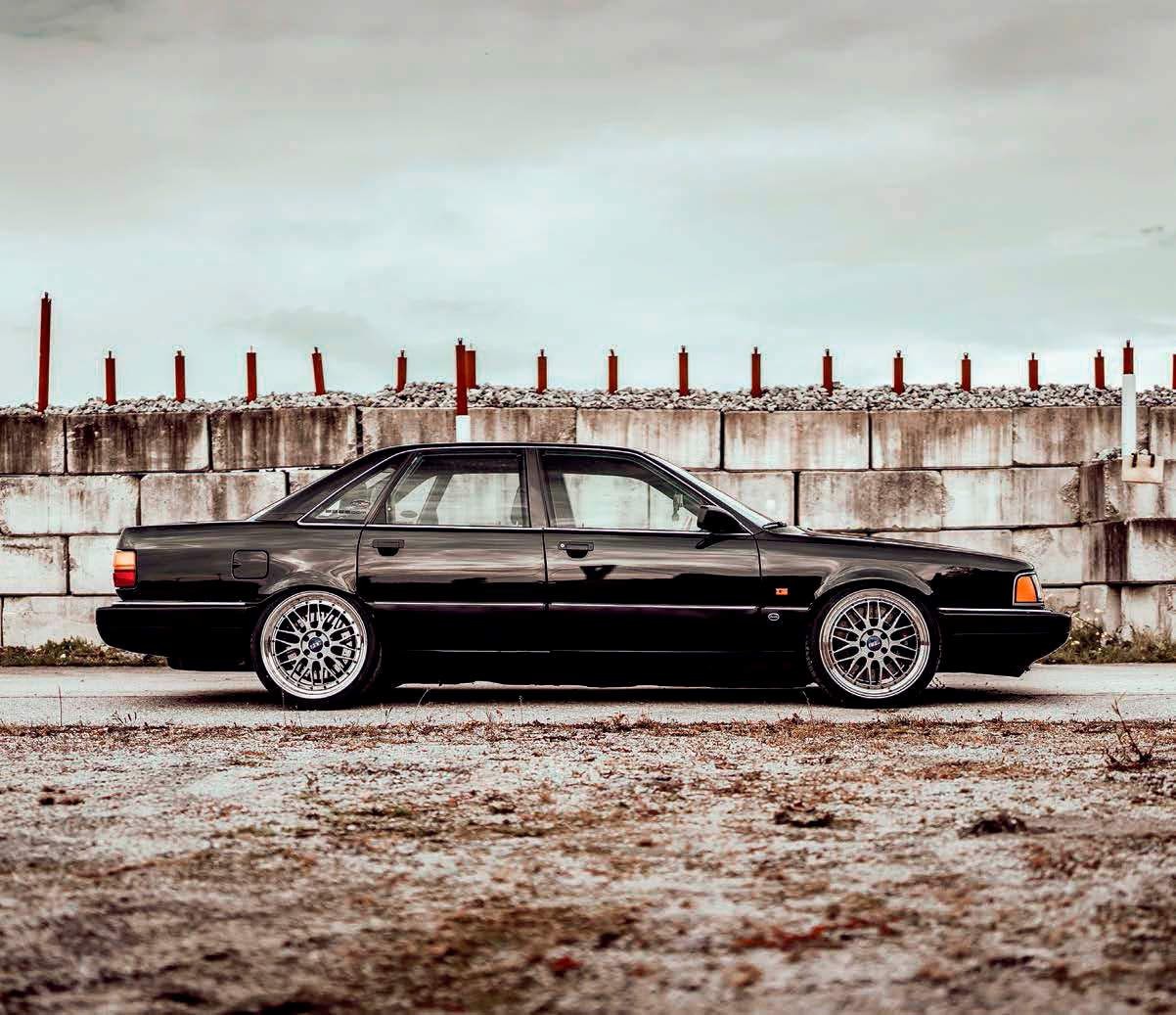