They say beauty is in the eye of the beholder and that one man’s meat is another man’s poison. It’s true, everyone has their own opinion of what constitutes the perfect car but I defy anyone to say Dan’s Mercedes isn’t dropdead gorgeous. 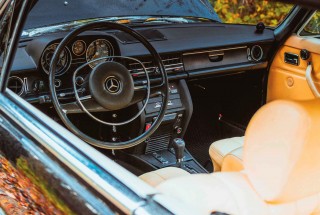 Dan doesn’t look like your typical artist in his oily work clothes, holding a spanner, but what he’s created is as beautiful as any painting or sculpture I’ve ever seen.

He’s a serial builder and has a car history covering pretty much every genre you can think of. From a chromed Suzuki Hyabusa to an M3 engined E30 Bauer, to a beast of a V8 engined, custom space framed Ultra 4 off-road monster. He’s a petrolhead of some repute who has been burning rubber from a young age. His pedigree includes an E28 M5, R5 Gordini, Mk2 Escort Harrier, Chevette HSR and many, many more.

The space framed, Ultra 4 rock crawler started as a roadgoing Toyota Hilux but by the end, it was virtually a full space frame monster, with only a small section of the Hilux chassis remaining – and all built by Dan. Rebellious in nature, Dan has always taken the path less travelled. Why buy what everyone else has when you can make something no one else has?

As far back as he can remember, he’s always loved the stacked headlight Mercedes and promised himself that one day he’d have one. The space framed, Ultra 4 beast was Rover V8 powered, but Dan had been mulling over the idea of using Mercedes’ strong and powerful OM606 diesel lump. It’s a straight 6 24V 3-litre diesel, fitted to lots of mid to late ‘90’s Mercedes. In standard form it makes around 170bhp with 330Nm torque but it’s a very strong unit and capable of much more. Remember Black Smoke Racing and their W123 wagon drift car? That was powered by an OM606. 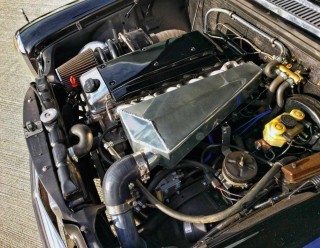 Around this time, after buying a donor Mercedes-Benz W210 for it’s OM606 engine, Dan fell out of love with the Ultra 4 thing. Been there, done it, time for a new challenge.

Left-hand drive was the prefered choice because Dan had always planned to transplant the OM606 he had sat in the workshop. The exhaust exits on the right so with a RHD car, it would foul the steering box.

Eventually a deal was done and the car was his. The plan was a light recommissioning, throw on some lows and drive it like that for the summer, then at some point in the future, remove the standard engine and box and replace them with the OM606 sat on the floor in his workshop. Simples?

Needless to say, things quickly spiralled and the original plan was tossed out the window like a cheeseburger wrapper from a lowered Saxo at McDonald’s.

That light recommissioning ended up as a near full rebuild with new floors, cream leather interior retrim, ICE install, complete air suspension setup and the OM606 transplant. Talking about the OM606 super-turbodiesel engine, in standard trim they can still knock out some decent power with a few tweeks. Dan didn’t want standard trim or decent power, he wanted all the power.

The original engine and gearbox were sold on and Dan began cutting and fabricating mounts to squeeze his hot OM606 into the big hole. Yes, you heard right, cutting on a 73 W114, you can almost hear the purists weep…if it wasn’t for Dan laughing at them.

For the first phase, the engine was treated to triple angle valve seats with a ported and polished head. There’s a Dieselmeken 7.5mm fuel pump, one of the crucial ingredients to making more power on this engine and a sizeable increase on the standard 6mm. Bolted to this lot was a hybrid Holset HX35 twin scroll turbo. There’s a lovely custom stainless inlet and bespoke 3in stainless exhaust, courtesy of the awesome Olliminium at Bicester, and a modified aluminium intercooler sits behind the beautiful, chromed, Mercedes grill. This little lot all together added up to 473bp at flywheel with a big fat 783Nm of torque. To put that in perspective, an Audi RS6 only makes 750Nm.

Most people would be happy with figures like that, but Dan’s not most people so for the second phase he’s just had a beautiful, hand made exhaust manifold fabricated by Olliminium, and mounted on this, like a statue of a beautiful lady in a museum of fine art, will be a bigger Holset HX40 twin scroll turbo.

Bolted to the awesome engine is a 722.6 autobox from a donor E300. It was fitted as a kind of temporary measure and Dan cleverly managed to figure out his own paddle shift arrangement which wasn’t available on the E300. This gearbox has served its purpose well and has put up with all manner of abuse over the summer, but is now slipping and is giving up the ghost. As I write this Dan’s in the workshop replacing the tired E300 ‘box with another 722.6 gearbox, this one is a 5 speed from a SL600 AMG with extra clutch plates – more than up to the challenge of taming the beast.

Unsurprisingly It’s not as simple as just swapping the box and going out to play. It’s ECU controlled but the factory ECU restricts power when changing from 3rd to 4th to prevent flaring (revving between gears). Dan has to reprogramme the ECU and open up an oilway inside the box to ensure everything works like it should and the engine makes full power.

W114’s had fully independent suspension all round, impressive for a 1973 car, but if you want to roll low, you enter in to the never ending debate or ‘static’ or ‘air’. In this case Dan chose airride.lt front and rear struts, mainly because the rear setup retains the OE suspension mounts in the factory locations, and the fronts allow you to keep the sway bar so the car handles properly. The suspension uses Airlift 3H management and the boot mounted tank is filled via dual Viair compressors. It’s a very tidy setup and all installed by Dan himself.

As always, there were a few teething problems like the front bags fouling on a lip on the subframe. A bit of careful fettling and fabrication and all was good in the world again.

Out back there’s a 2.47 diff from a W126 which has the ultra rare LSD. The W114 came with meaty discs all round so a good service and refurb were all that was needed, although there is a W126 V8 brake upgrade in the pipeline.

In keeping with the sleeper theme, the W114 rolls of 15in steels, wearing ultra rare 15in Mercedes trims, all wrapped in galaxy whitewalls. Perfect.

Next on the to-do list are; subtly banded steels with wider rubber. Replace the dashboard for an original wooden dash. A complete respray as Dan’s not happy with a couple of places on the car. Powder coated subframes and arms and steering converted to rack and pinion. As it happens, you won’t be surprised to hear he already has a spare front subframe which he’s modified and mounted a steering rack on home made mounts. This will go on the car at some point soon.

It’s only been together and running for a few months and has raised more than a few eyebrows. In 2017 at Still Static it came away with a trophy for Best Retro, at Lowcollective it was awarded Top 20 but his proudest moment was being chosen as Car of The Year at RetroRides Gathering. Not a bad haul for a shake down summer.

Dan has built a beautiful car while holding down a full time job. It’s been long hours and hard work, lots of research, trying and failing, testing and breaking but eventually succeeding. We doff our cap to you, sir.

Special thanks go to; Olliminium auto fabrication Airride.lt Hayley for being part of the dream If you want some more details, there’s a page about the car which Dan regularly updates. 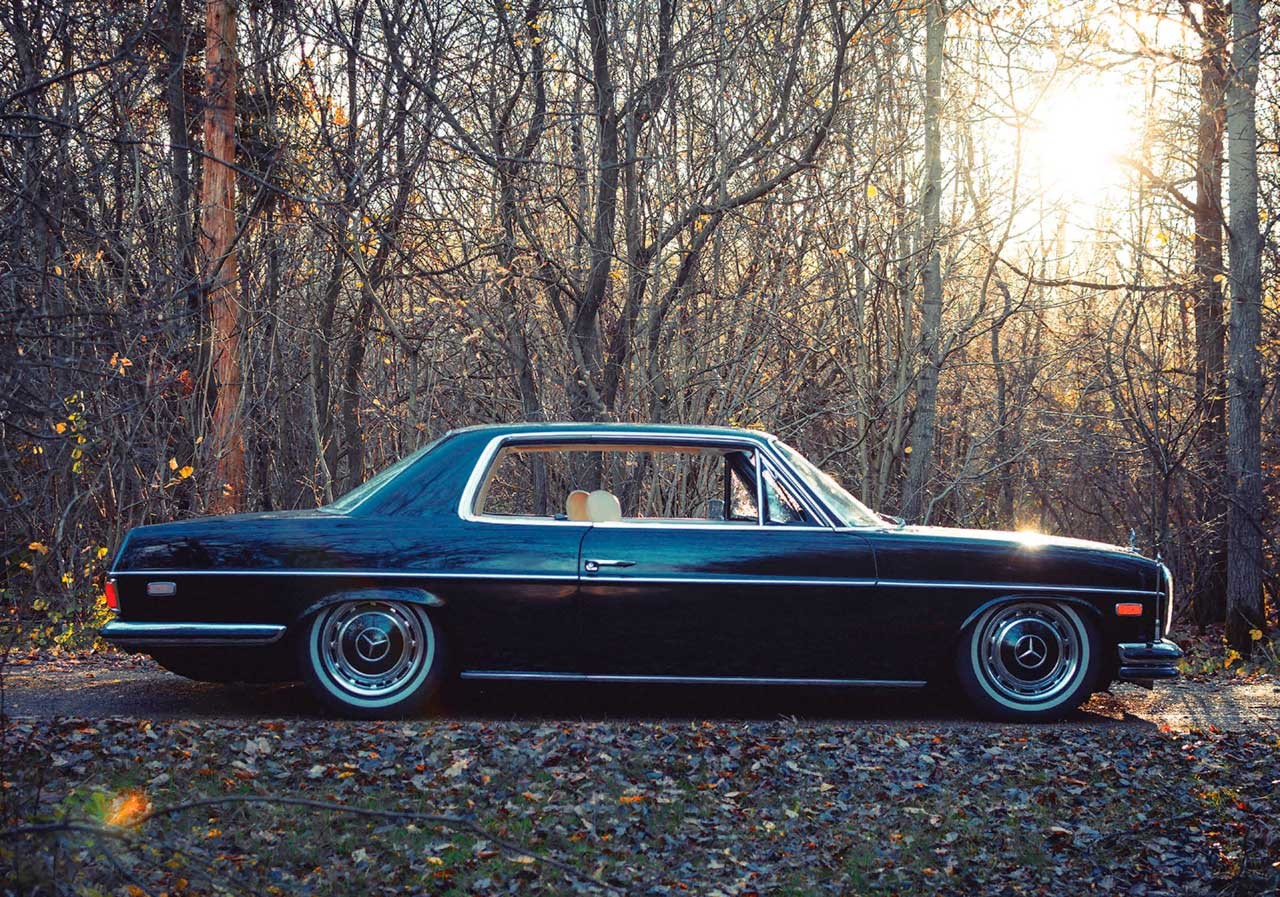 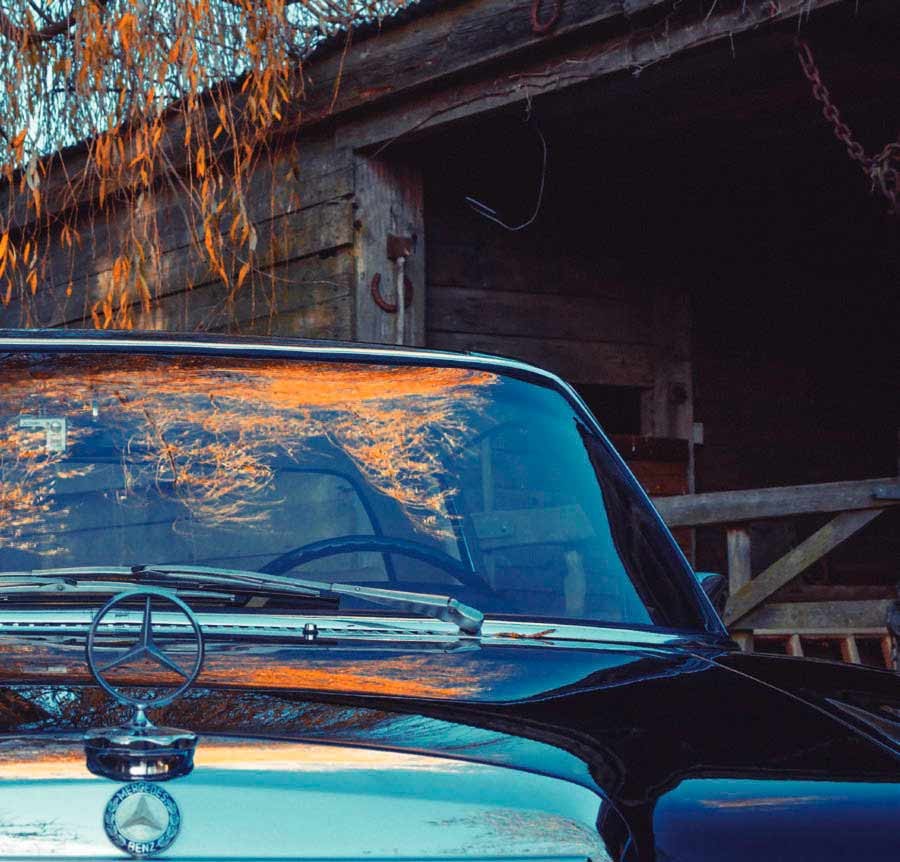 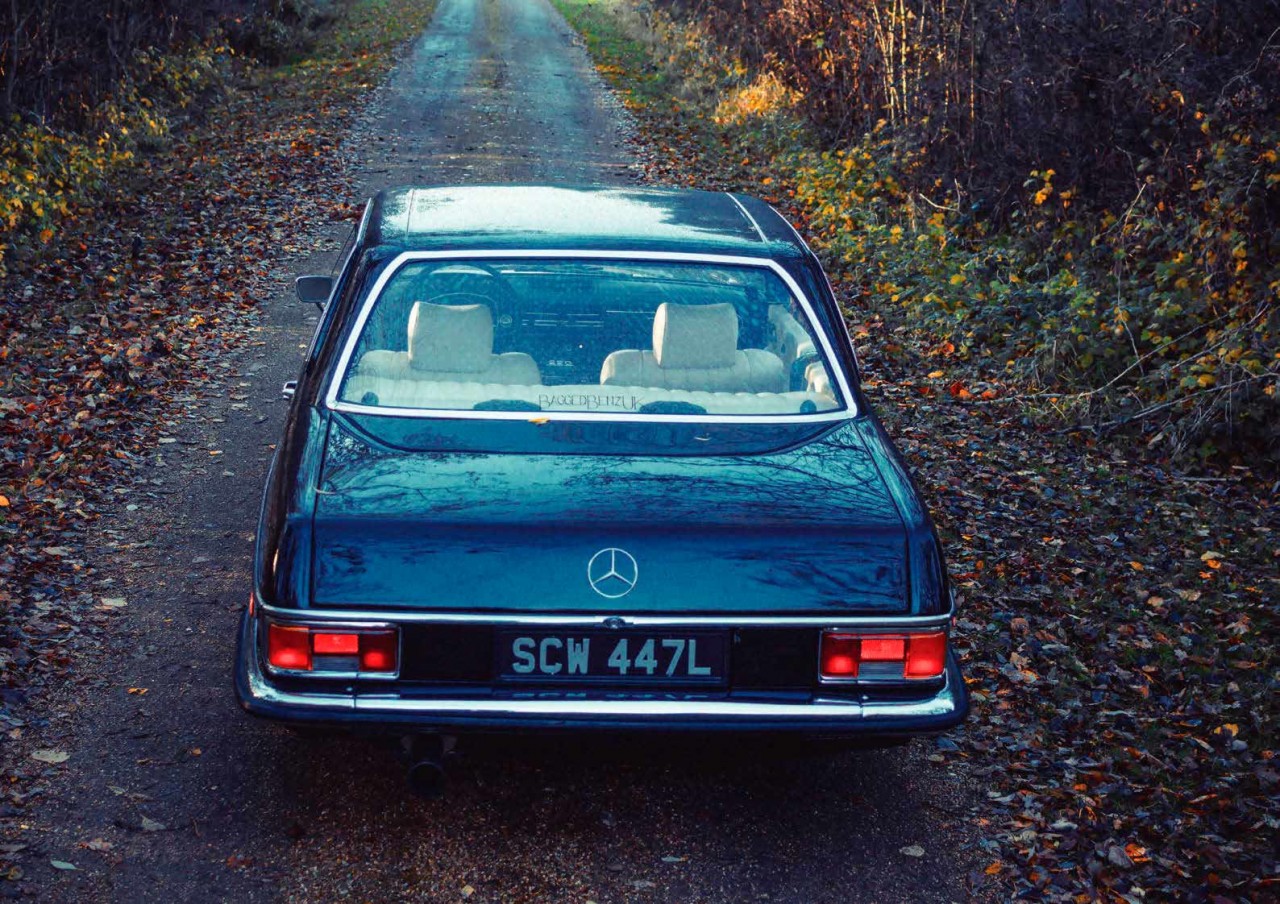 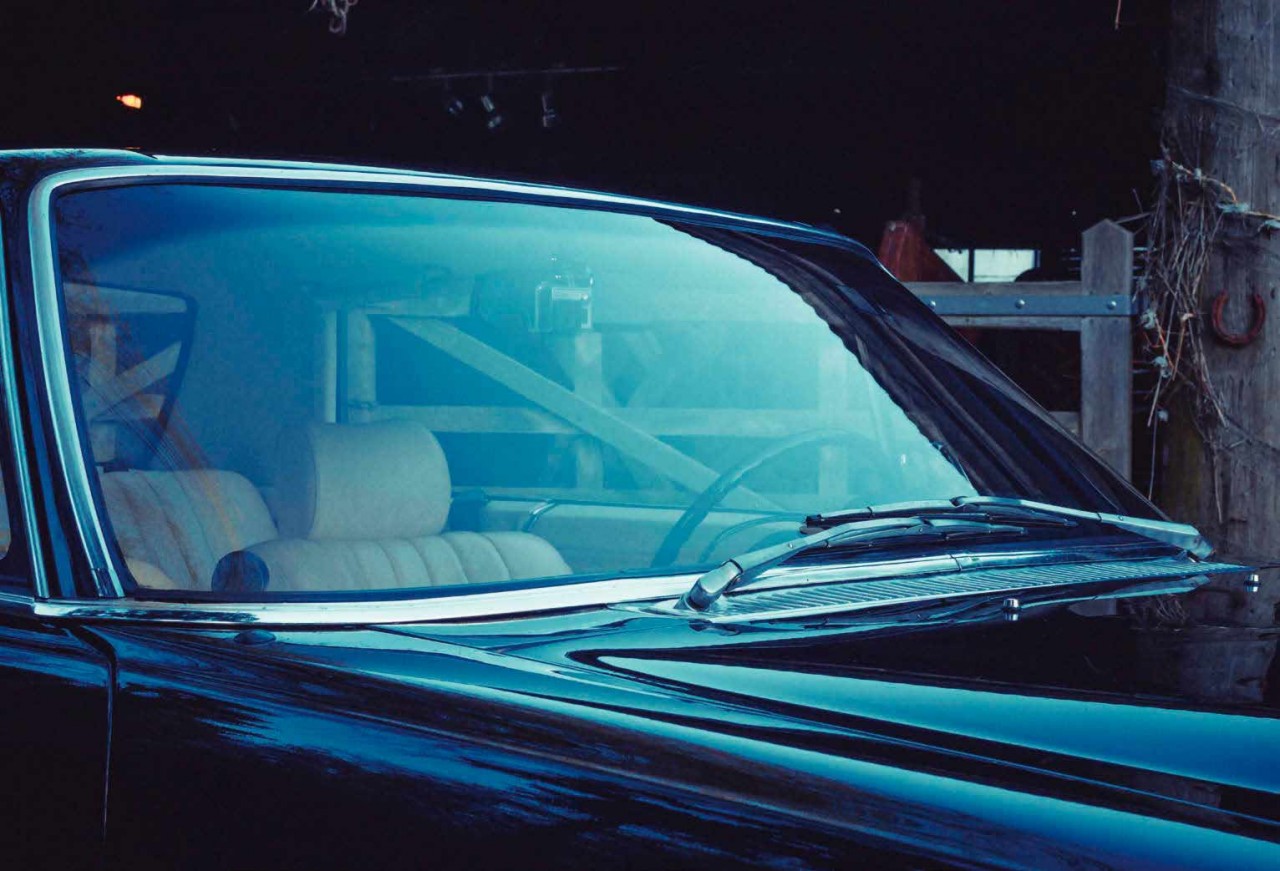 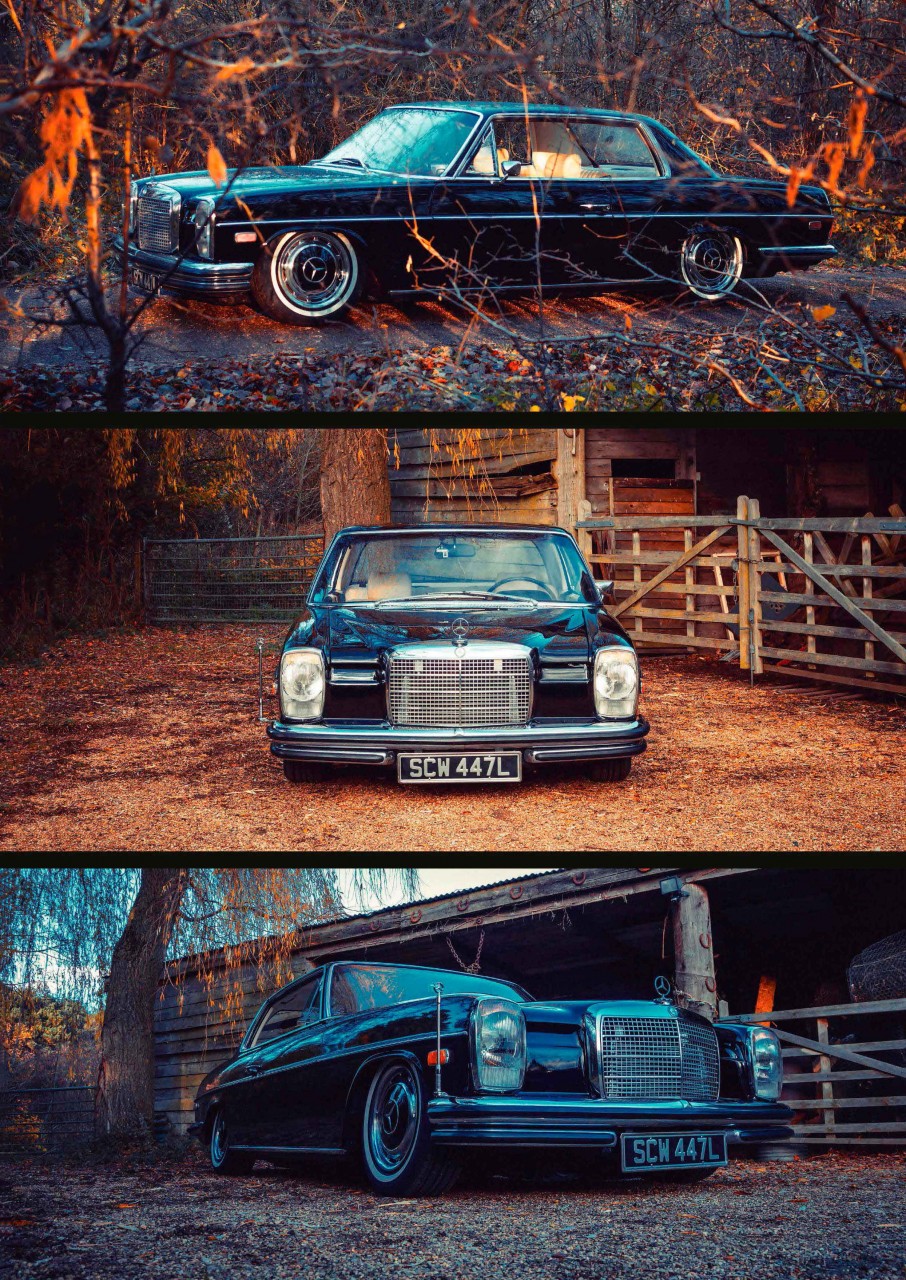 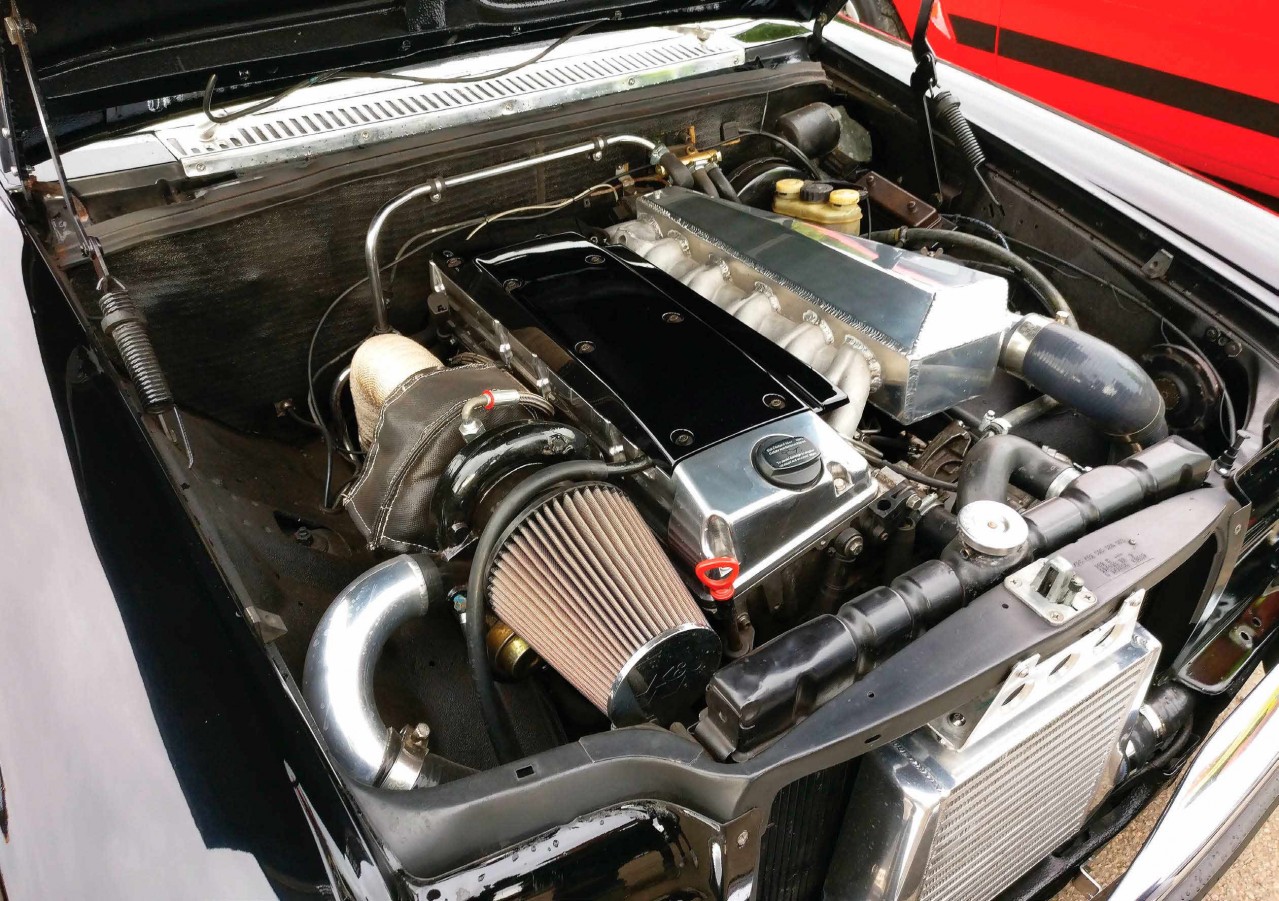 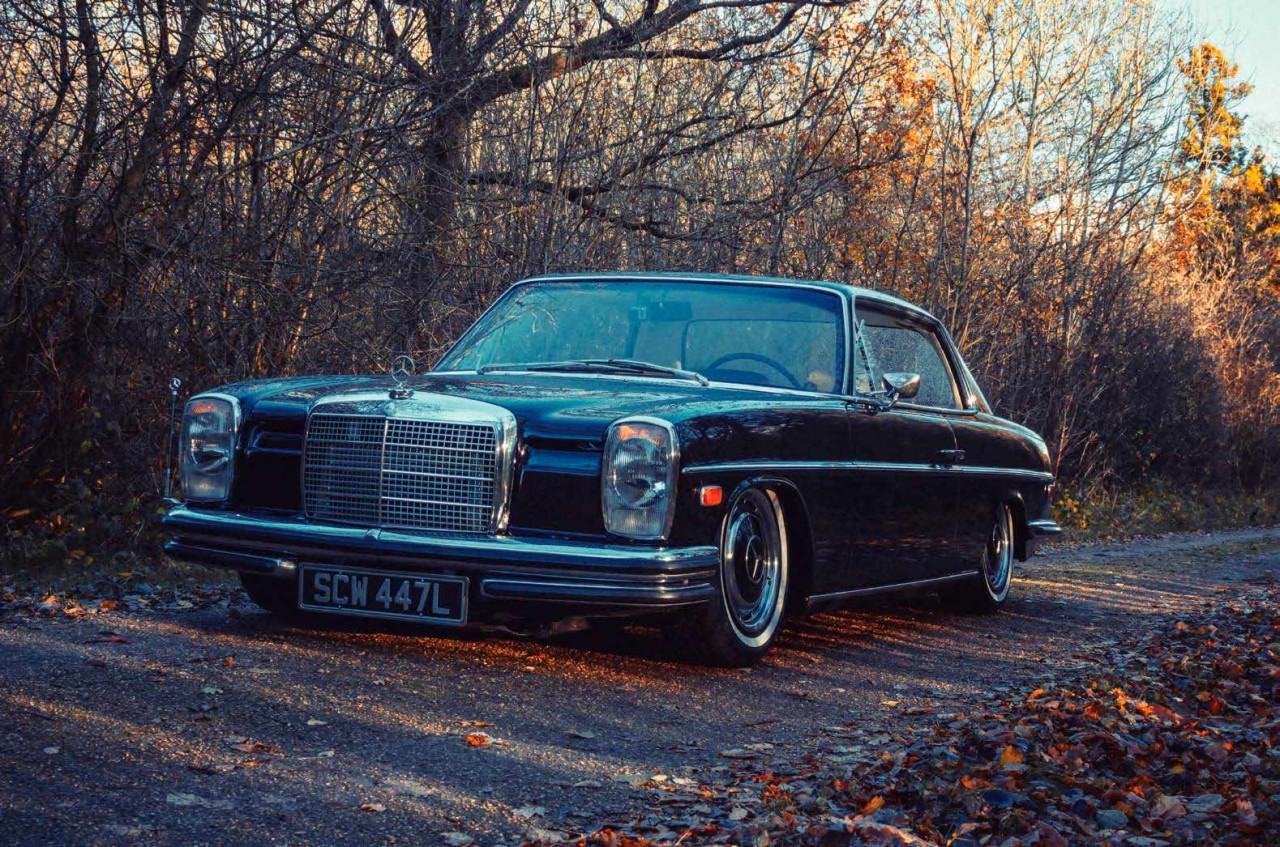 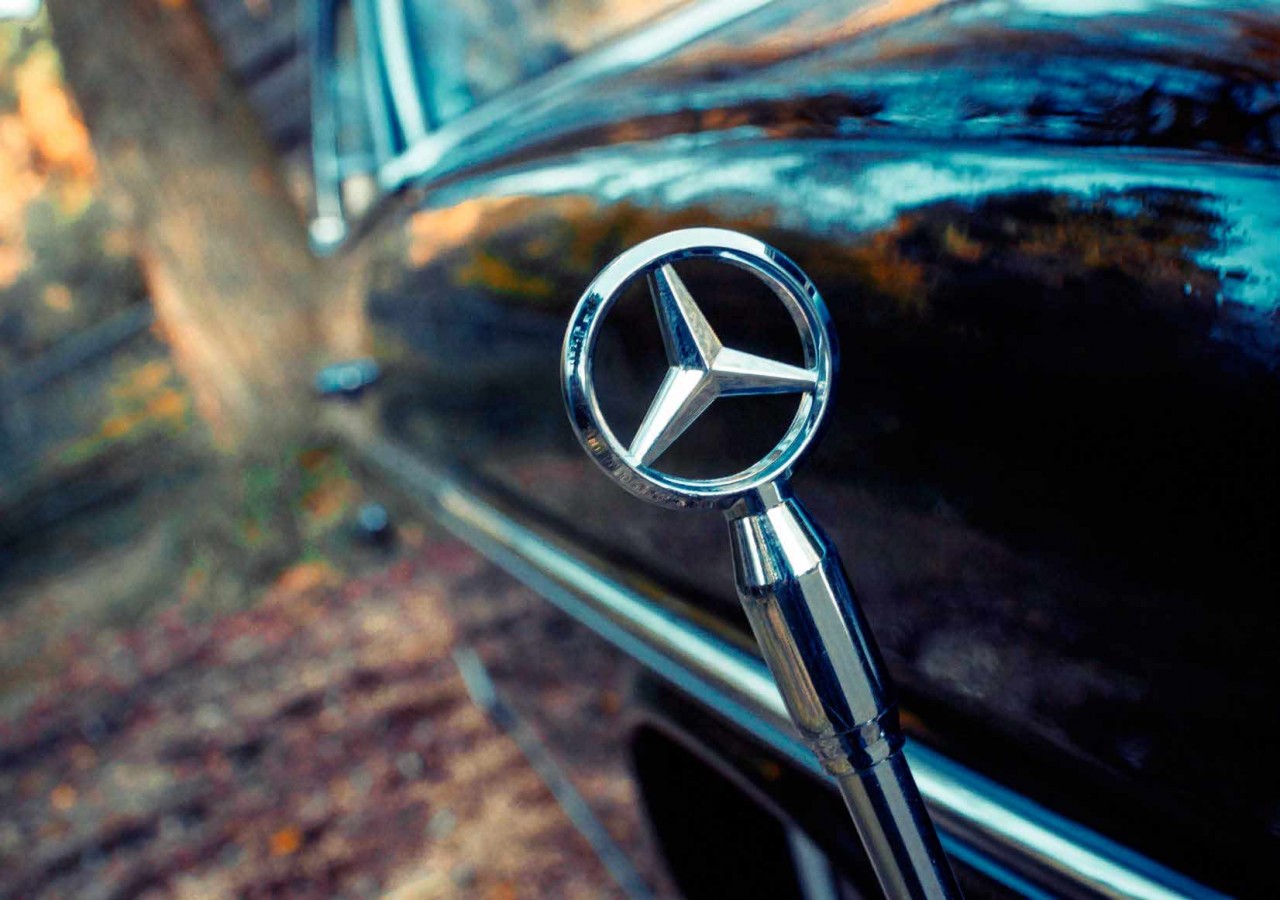 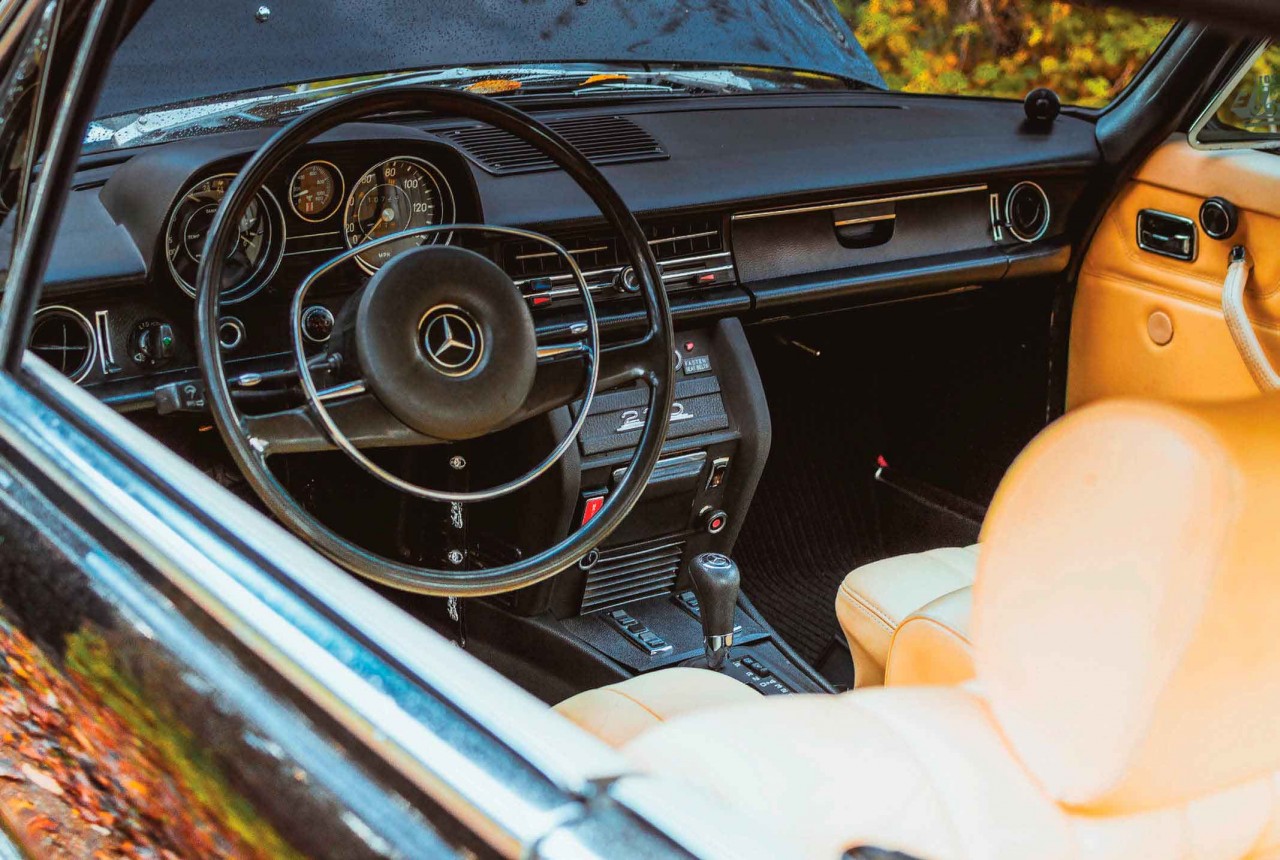 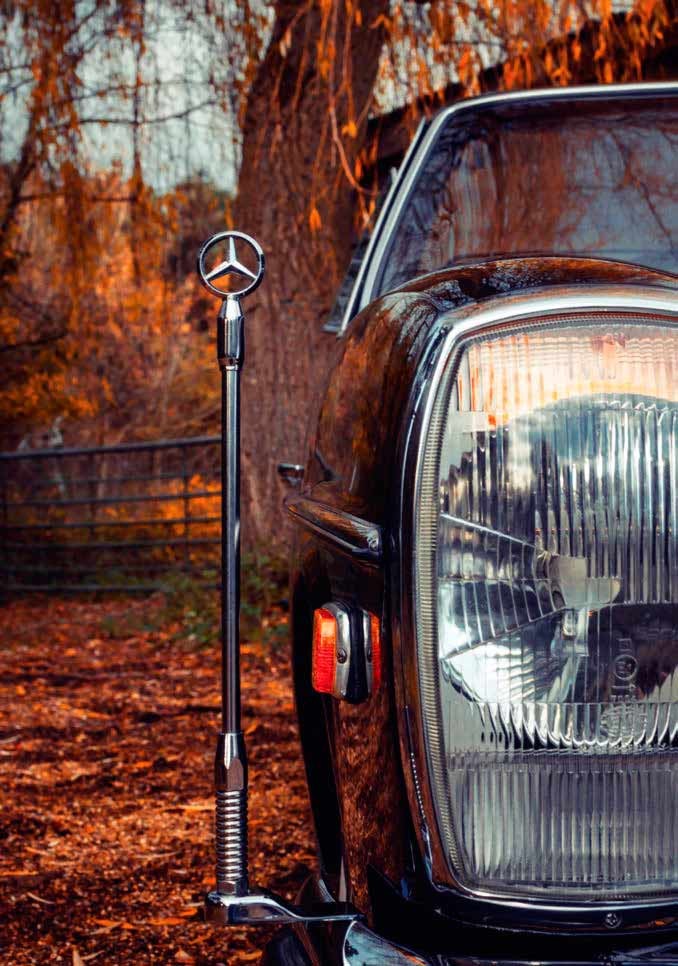 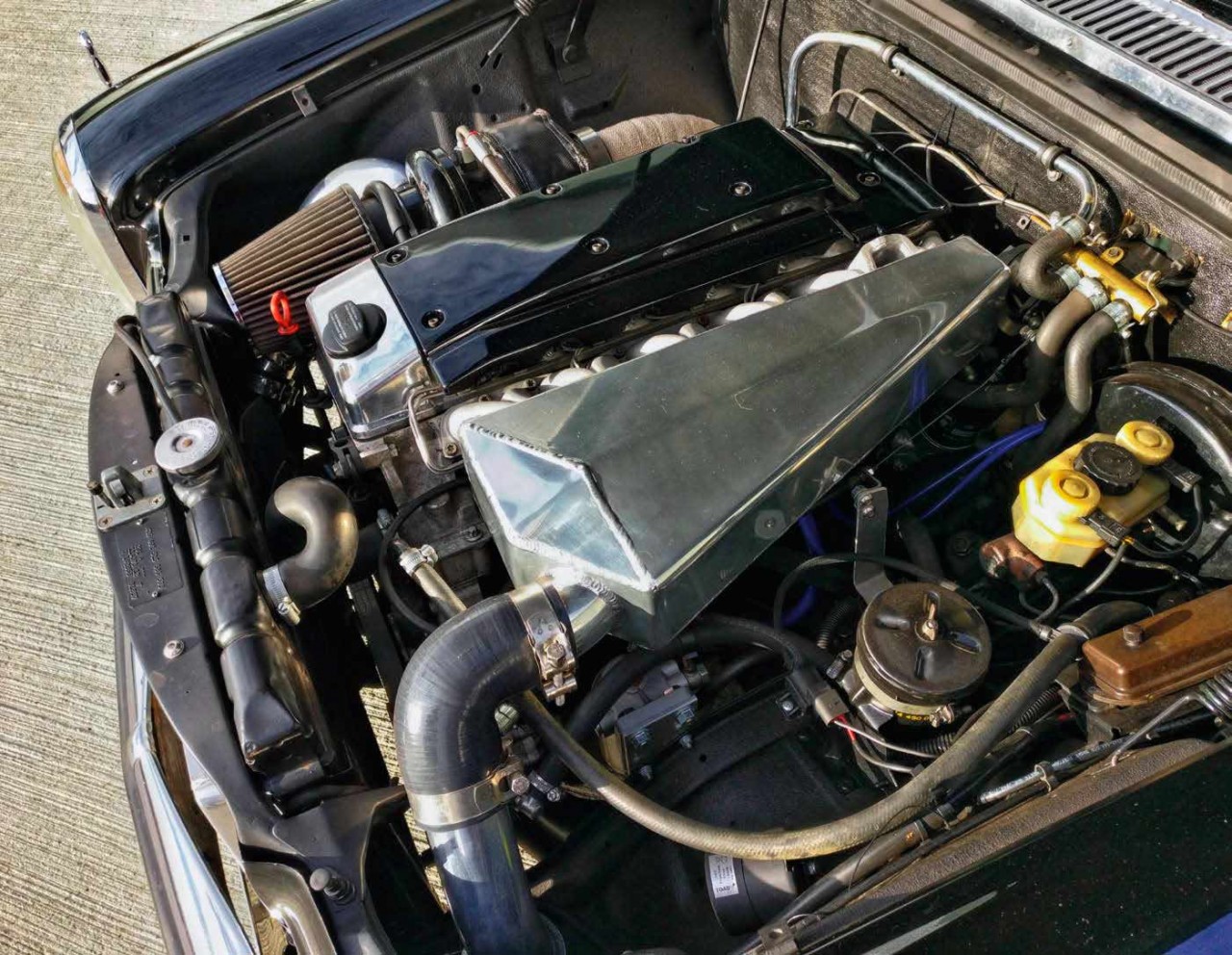 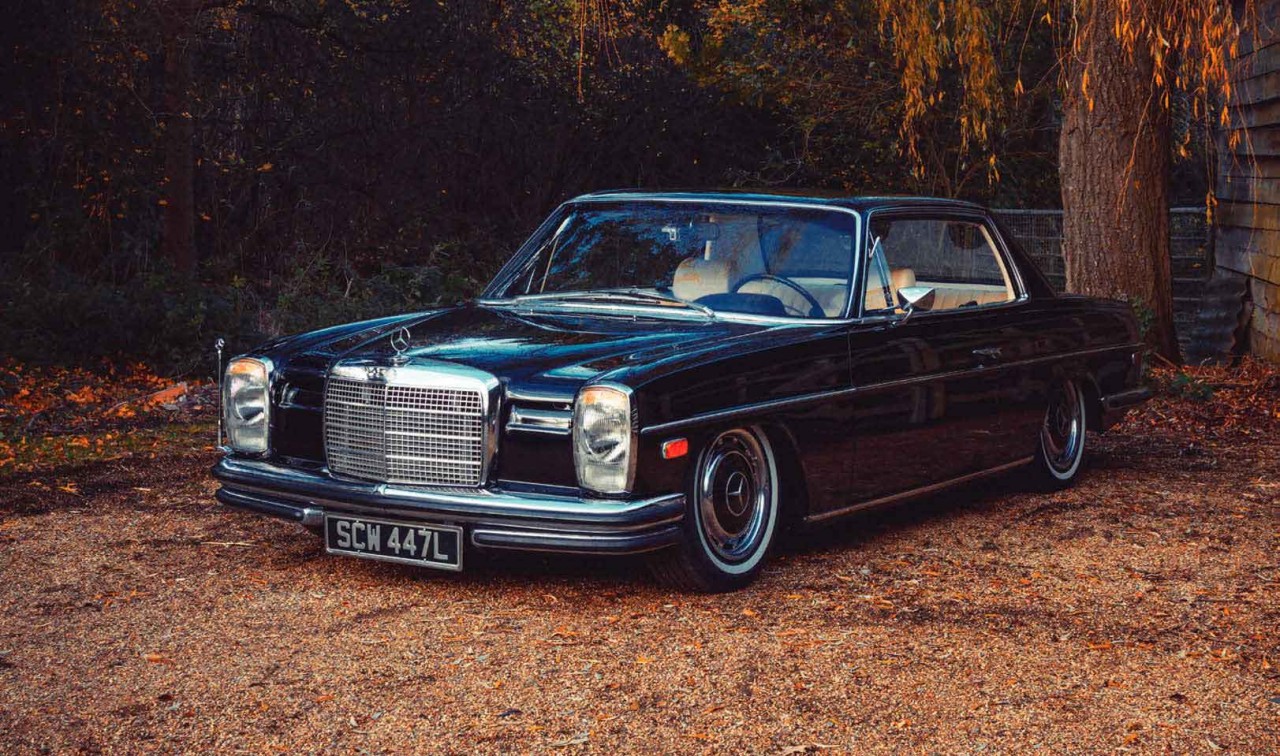 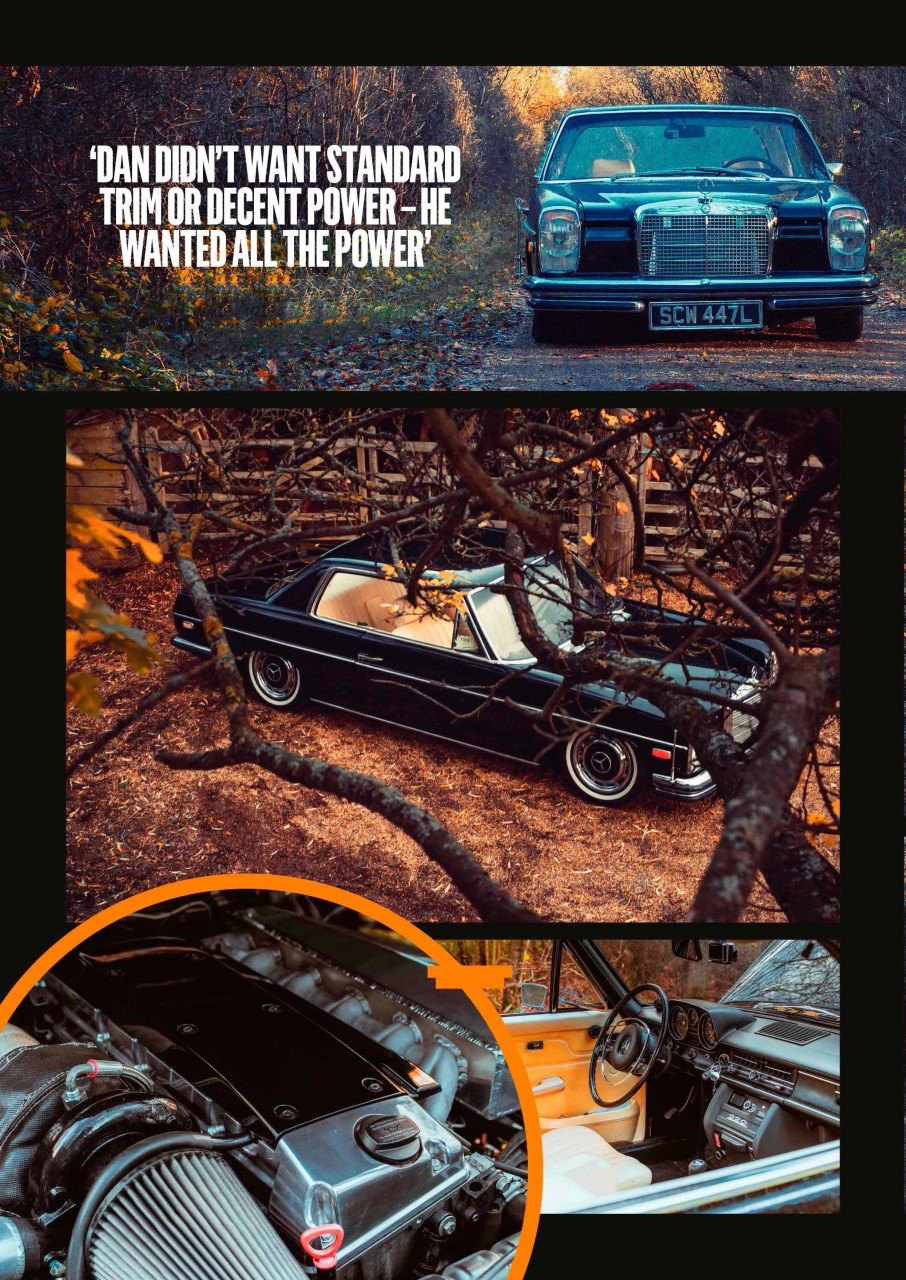