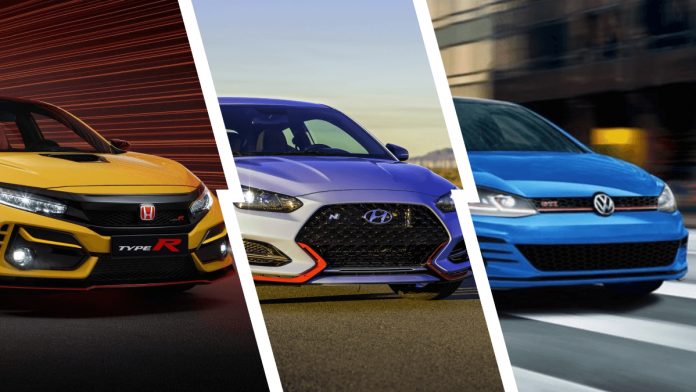 The Mazda MX-5 Miata is the best example of an ultimate roadster. It is small, nimble, good-looking, and most important of all, it is affordable with its $26,830 starting price. However, its 2-seater configuration and a tiny 5 cubic feet of cargo space can barely fit anything but a small suitcase for you and your passenger.

Miata’s 2.0-liter 4-cylinder naturally-aspirated engine produces 181 hp and 151 lb-ft of torque. Combining this compact engine and a light curb weight of 2,345 lbs., a 0-60 mph sprint completes in a fairly quick 5.7 seconds, and the top speed reaches 140 mph—quite exciting numbers, especially with the roof down.

However, these days, the market for hot hatchbacks is on the rise. These “hot-hatches” are famous for their subtle and non-intimidating look. Furthermore, you don’t have to sacrifice space, as they seat up to five people and have decently large cargo space.

The exciting bit of hot hatches relies on their performance, which exceeds that of a similarly priced convertible. This makes it a bargain since you get the best of both worlds—practicality, and refinement.

Thus, gathered below is the top-three list of reasonably priced hot hatches faster than the world’s best-selling roadster, the 2021 Mazda MX-5 Miata. 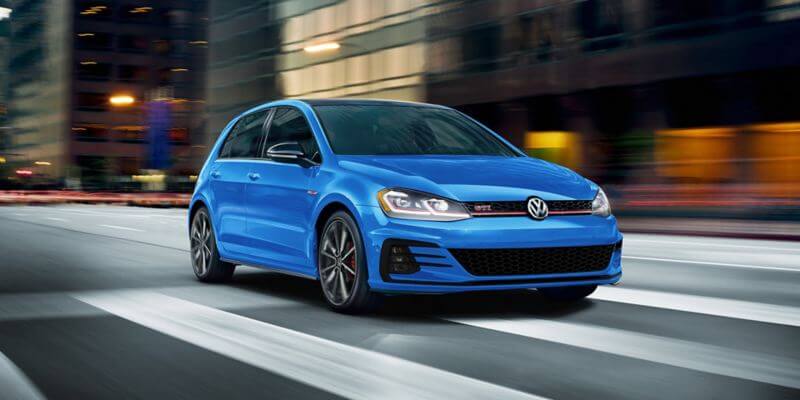 The Volkswagen Golf GTI is one of the original hot hatches. The name GTI is a heritage carried from the Mk1 produced in 1974. However, this year, the Golf GTI is at its 7th gen, and it is the facelifted one. To us, this is the best-looking and the best handling Golf GTI yet.

Even with the Mk8 already available in Europe, the Mk7 GTI is still no slouch. Its 228 hp turbocharged 2.0-liter engine is quick, delivering the same 5.7 seconds 0-60 mph time as the Miata, despite weighing almost 1,000 lbs. more. Moreover, the top speed is higher, too, at 155 mph.

However, the party piece of the Golf GTI is the handling. The steering is quick and accurate, and thanks to the limited-slip differential, understeer is mostly eliminated. Its brakes are firm and progressive, and we’d also take the dual-clutch 7-speed automatic as it provides agile gear changes. The Miata may feel sharper to drive, but the Golf GTI should be close enough on a twisty road.

In terms of practicality, the Golf rarely disappoints. With 94 cubic feet of passenger space, it is the largest on this list. Its boxy roof also means that the headroom is the most adequate for the rear passengers. In addition, the cargo space is also the largest of the bunch. This makes it one of the best all-rounder you can have, as it ticks all the boxes you need out of a spacious family hatchback and a sports car. 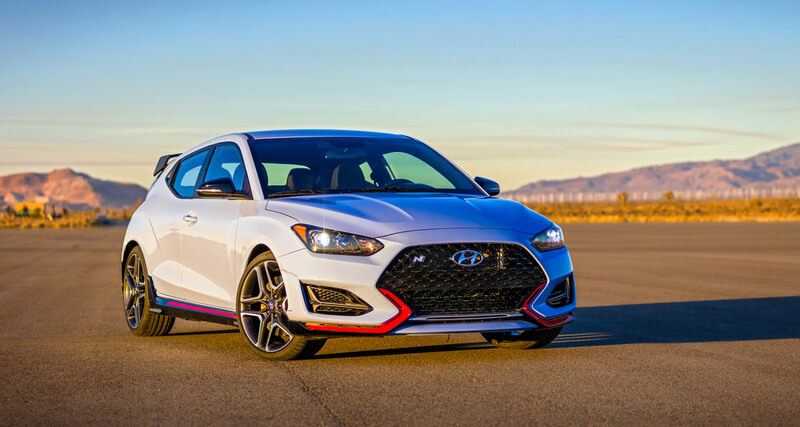 Ever since its launch in 2011, the Hyundai Veloster has always been a unique hatchback. Its asymmetrical door configuration features one large door on the driver side and two smaller doors on the passenger side. Add a coupe silhouette to that, and it becomes pretty to look at.

Back in 2019, the introduction of the N high-performance model meant that the Veloster has a hot hatch sibling. It is powered by a 2.0-liter turbocharged unit, producing more power than the Golf GTI at 275 hp. With its 0-60 mph time in under 5 seconds, it smokes the Miata as well, and it has a top speed of 155 mph. As a newborn hot hatch, the performance is mysteriously good.

In terms of handling, it is stable, but the least sharp of the bunch. The power delivery is still positive, and it is at least comfortable for daily commute. Also, if you care about the exhaust note, the Veloster N is your best bet.

The tradeoff of the sloping roof is having the tightest passenger volume. Although quirky, the driver side’s lack of a back door also makes it less practical for the second-row passenger to enter/exit the car. Moreover, while the cargo space is decent, the opening is pretty high and tight, making it a chore to lift stuff over in and out. 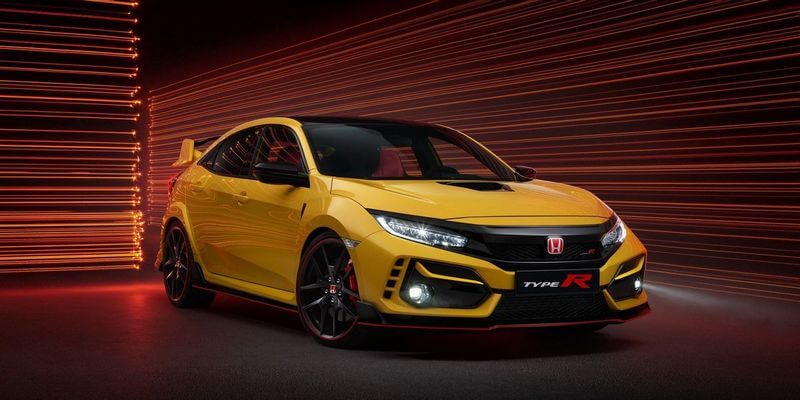 Born with the code FK8, the 2021 Civic Type R is based on the 10th generation Civic. Powering it is a 2.0-liter turbocharged engine, produces 306 hp and 295 lb-ft of torque. It is the most powerful hot hatch on this list; however, it is also the only one offered without a dual-clutch automatic gearbox. Instead, it gets a 6-speed manual, making it hard to hit a perfect launch.

Even so, Honda has made the Civic Type R one of the most track-focused hot hatches on sale today. Its exterior also stands out, and it definitely states itself as a racier and more athletic version of the standard Civic. Moreover, its 169 mph top speed is closer to sports sedan territory.

The racing car theme carries on the inside, with bold racing seats and many red accents. However, being based on a Civic, there is barely a lack of space. Although the rear passenger would fancy the roomier headroom of the Golf more, the Civic still provides decent space on the back. Also, it has by far the largest cargo space of any hot hatch available today.

Although faster, these hot hatches may never replace the thrilling experience of driving an open roof convertible like the Miata. Their FWD nature also won’t allow them to oversteer like most nimble RWD roadsters. However, the trade was made somewhere else where it was most worth it. In conclusion, you are getting a brutal performance out of these hot hatches without sacrificing practicality or paying a much higher price.

If it were our money, the Golf GTI would suit us just fine. Although it is the least powerful on the list, it is very practical and easy to live with. It may be the least track-focused, but at the end of the day, if you want a long-distance cruiser that can chew up many miles and fun to drive on a twisty road just like the Miata, the Golf GTI would do the job perfectly.