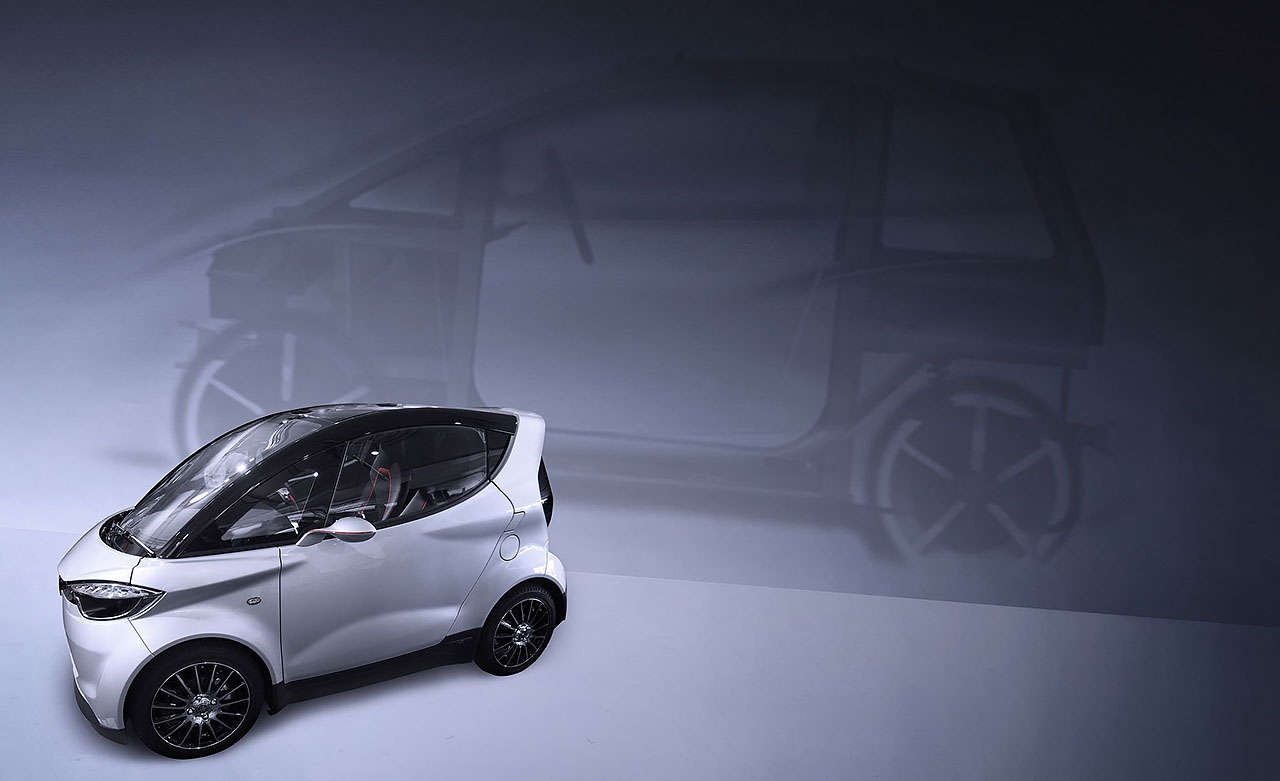 Rarely is a production process able to radicalise a method used for decades. iStream aims to do just that for the small-medium volume car industry. We investigate how it works. iStream is a radical new vehicle manufacturing process which aims to change the way car production is done forever. Using methods and techniques from the likes of Formula One its creator, Gordon Murray, believes his new system is able to provide the same high quality output as you would expect from a traditional production line, but at a fraction of the cost – both environmentally and in price.

Little has changed since the days when Henry Ford first introduced the concept of manufacturing vehicles on a mass scale, with his Ford Model T. Traditional manufacture has always consisted of enormous investment for a factory and huge amounts of costly tooling.

Tooling accounts for a large proportion of the cost, particularly as a huge chunk is now done by automated robots. These may save money in the long run, but are initially very expensive to install and setup.

For decades, cars have been made with sheet metal which is shaped into panels by huge stamping machines. These panels often require further processing, for example welding and painting to achieve the end result – a metal car construction. The iStream process aims to end that system altogether, using instead composite materials to form the chassis and panels of a car, rather than rely on sheet metal, as per convention.

Gordon Murray, for most people, needs little introduction. He earnt legendary status in Formula One, not as a driver but as a designer and Technical Director. He worked in Formula One for almost 40 years, first at Brabham and then at McLaren. While at the latter, Murray somehow found time to design road cars and the legendary McLaren F1 was born – featuring BMW power and an almost unmatched performance even today – particularly as it could seat three persons whereas most cars of its ilk only manage to accommodate two.

While still at McLaren, Murray toyed with the idea of composite materials for chassis use and the application of it for industry.

In 2007, Murray decided to branch out alone and formed his own consultancy; Gordon Murray Design (GDM). Most of his McLaren design team followed him there and together they set to work on designing a rather different machine to the heady performance vehicles they created for Formula One and McLaren. What they were creating was called simply the T.25 – a small commuter car with quirky doors and a McLaren F1 style central driving position. Crucially, it was designed and built using a new in-house manufacturing process called iStream. In 2010, the company was ready to show their product to the press and at the inaugural RAC Future Car Challenge, they displayed their shiny new car.

Lauded as an instant success by the press, the car went on to win, ‘Most Economic Small Passenger ICE Vehicle’ and ‘Most Economic Environment Friendly Small Passenger ICE Vehicle’ awards. As well as these, the iStream manufacturing process was awarded the SMMT’s Automotive Innovation Award. The following year, Murray unveiled the T.27, which was a derivation of the T.25, but this time featuring electric power. Importantly for a small car and likely using knowledge gained from years at Formula One, the T.27 scored remarkably well in crash tests, completing the mandatory EEC 40% offset deformable barrier front high-speed impact test, the T.27 emerged with zero cabin intrusion. This showed the world one of the many important benefits associated with iStream production methods; crash safety. Speaking at the press launch Murray said, “Designing green cars is every bit as demanding as engineering Formula One cars and many of the same principles apply – the search to save weight and maximise efficiency.”

After T.27, GDM teamed with Yamaha – a brand not usually associated with cars at all. Their aim was to put the iStream process to the test and create a small car that Yamaha could offer as a fun, safe and reliable commuter car. The MOTIV.e was born and proved the production process beyond the original T.25 and T.27 prototypes. The iStream production method brought with it the fundamental qualities of which it purports to offer. These include aiming to significantly reduce lifecycle impact and enable low cost, efficient manufacture. As the website states, “iStream defies conventionality with its Formula Onederived low-weight construction. It intelligently strips out unnecessary flab and fat during the production process.”

At the launch of the T.25, the press were somewhat overwhelmed as here was a car that for all intensive purposes looked like any other, albeit with a more quirky design, yet was being presented to them by a designer best known for creating the fastest cars on track, let alone a commuter vehicle. Add in that the car was created with a revolutionary new manufacturing process, was simply too much for most to grasp. If ever there were an occasion when Gordon Murray was ahead of his time, that was it. For those who understood the car though, the prospects were enormous. It showcased an entirely new method of manufacture that could save fortunes in factory setup costs yet produce a class leading car in every respect – from fit and finish to crash safety and environmental integrity. It did, however, beg the question, what were the downsides?

Gordon Murray explains the system is not for everyone but it all comes down to numbers.

For those wanting to produce between 30,000 to 120,000 units a year, iStream is an ideal process. Outside of those margins however, it is probably not the best solution. Lower figures would be better done by hand, such as many lowvolume sports and super cars are still made today.

Similarly, the size of vehicle comes into question. Thus far, only small concepts have been made, large enough only for two persons. However, iStream is capable of accommodating larger vehicles and C-segment sized cars (such as the VW Golf) are within reach. Speaking to Megatrends magazine, Murray agreed that initally iStream did not look suitable for larger vehicles, but that now a project using aluminium door skins gets around the flush and gap qualities they did not think would be suitable using injection moulded plastic which is usually used in the iStream process on smaller cars. So how exactly does iStream work?

In its most simple terms, iStream begins with a chassis made from composites, rather than pressed metal alone. This reduces production costs as no stamping machines or welding robots are required. It also shrinks the necessary footprint of the manufacturing facility to a tiny 20%, when compared to traditional methods, and uses around 60% less energy too.

The chassis is made from lightweight materials that are readily available and cost-effective, rather than expensive pressed monocoque constructions. It is based on precision cut tubes and CNC machine bent sections which are easily welded together to form what looks like a traditional tubular frame chassis; dubbed an iFrame.

The frame includes all mounting points necessary for structural integrity, including suspension and powertrain mounts as well as occupant seating too.

Clever use of a special coating makes the frame completely sealed from the elements for a decade too, and also acts as a base primer for the adhesive used in the next stage of construction.

Onto the prepared chassis, panels (iPanels as GMD call them) are bonded on, completing the iStream product. The panels themselves are made from glass or natural fibre, meaning their shape can be easily formed without the requirement of presses; again saving manufacturing cost.

A honeycomb core is surrounded by thin walls of fibre, forming a sandwiched panel which makes an exceptionally strong and lightweight construction, akin to a wasps nest. It is this unique method of construction that gives an iStream product its core properties, particularly strength, rigidity and the ability to withstand high impact crashes.

iStream offers manufacturers a chance to create truly ground breaking vehicles that offer all the best accolades of Formula One technology. We covered a little of what Williams Advanced Engineering’s entire purpose of being is in our July issue of AutoVolt; to bring Formula One technology to the public domain and find other uses for the incredible fountain of knowledge that Formula One attracts.

Gordon Murray Design is another such company putting years of experience working on some of the world’s finest race and sports cars into everyday cars for the people. iStream is one development that has the potential to change the production of vehicles through intelligent design – something that should be on everyone’s agenda. 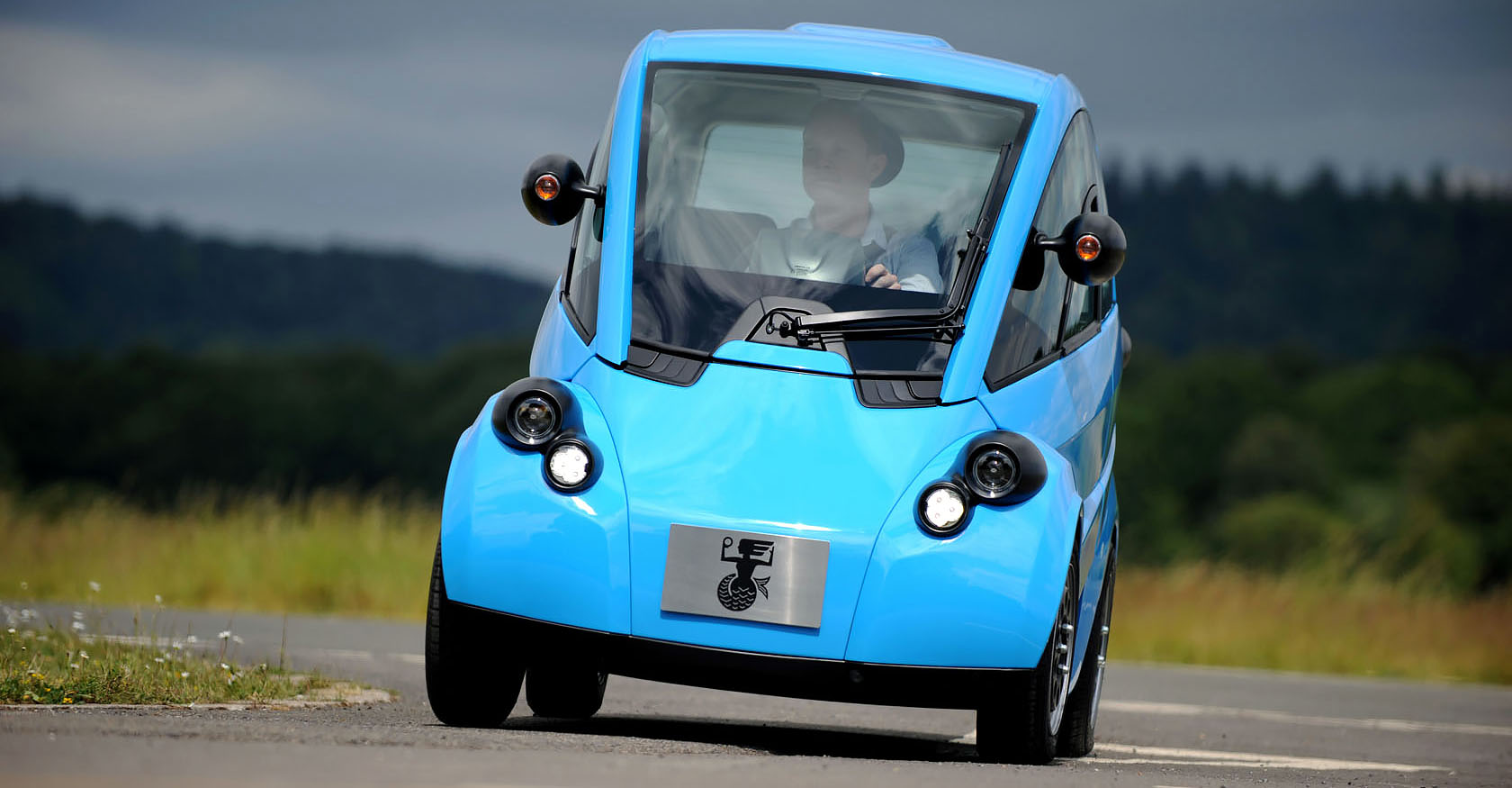 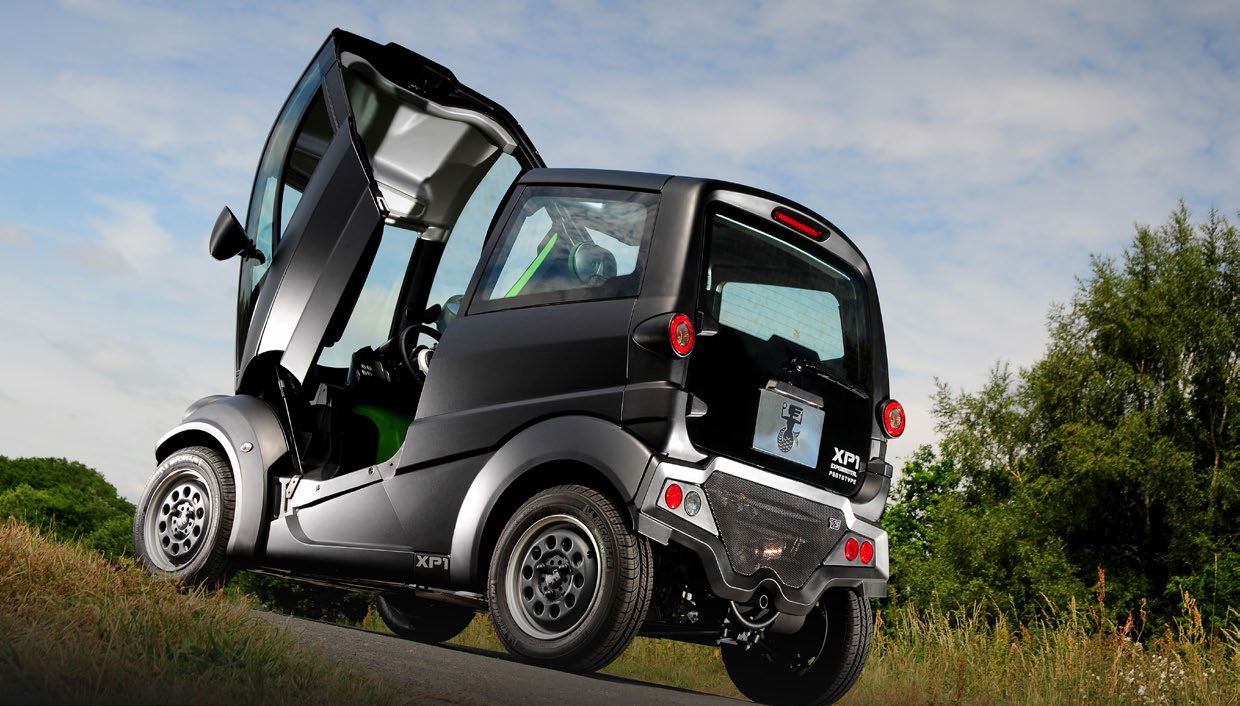 GDM T.25 Tiny yet strong, the T.25 demonstrated exactly what the iStream manufacturing process was capable of.