It’s kind of a cliché that Aussies love big, meaty V8s, but it’s a cliché because it’s also true. In a country of wide, open spaces, mostly straight roads and relatively cheap petrol, it’s hard not to fall in love with a V8. And what Aussies love more than a V8 is a supercharged V8. Call it the Mad Max factor if you like but, whatever the reason, the fact remains that sticking a big blower on top of an even bigger V8 is many Australians’ idea of heaven. And thus, it shouldn’t be too much of a surprise to find that it’s an Aussie company that developed the world’s first positive displacement supercharger for the S65. Because after all, what’s better than a finely-honed, high-revving European V8? One with a bloody great supercharger on top.

“The majority of the changes are in the suspension, interior and aero. Every single arm has been replaced with BimmerWorld adjustable models, complete with spherical bearings”

Of course, it’s not that large, as it needs to fit under the stock aluminium bonnet, and Harrop, being one of the world’s leading automotive engineering firms, knows how to generate big power without resorting to hilarious, poke-through-the- bonnet blowers anyway, but you get the idea. The S65 lacks grunt down low, and Harrop knew just how to fix that little issue. It wasn’t easy, thanks to the unique challenges of placing a positive displacement supercharger on top of eight individual throttle bodies (as we’ll explain in more detail later), but Harrop isn’t an OEM supplier for nothing, and after countless hours of testing and tuning in all conditions, they managed to generate what is quite possibly the most exciting way to upgrade an S65 out there – the TVS 1740.

The project started back in 2011, when Harrop first took delivery of this Alpine white example. After scanning the engine bay, they came up with initial verification prototypes and started work on the big brake kit, too. However, as Harrop general manager, Heath Moore, points out, the brakes were the easy bit. “The brake kit wasn’t an extensive engineering undertaking – it’s something we’ve got a lot of experience in – but the supercharger was, the S65 was extremely complicated [to work with]. Like you probably couldn’t pick a more complicated engine package to supercharge with positive displacement as an aftermarket kit, because of the individual throttle bodies, which are actually downstream of the supercharger. And then we needed to develop a sophisticated idle bypass control strategy in the ECU. So we spent as much time developing the hardware and tooling that up as we did on the calibration, which is still a work in progress in many ways,” he says.

“What’s better than a finely-honed, high-revving European V8? One with a bloody great supercharger on top” 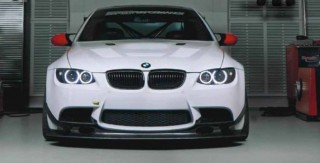 Now, you may be wondering why the calibration of a product that’s been on the market a while now is still a work in progress, and that’s simple – the ‘stage one’ tune it comes with out of the box is perfect for its current 525whp, but Heath and his crew are hoping to develop a much more powerful tune, and that’s taking time. Getting back to the complexities of putting a positive displacement supercharger on top of eight ITBs, it all comes down to venting air when the throttles snap shut. With traditional throttle bodies in front or above the supercharger, the moment you shut the throttle/s, there is no air getting into the supercharger, and any excess pressure created by the screws pushing the air left inside is vented via a vacuum-actuated bypass valve (because, with the throttle/s shut, there is vacuum pressure inside the intake manifold). However, with the supercharger placed on top of the throttles, the moment they snap shut, you have no vacuum from the combustion chambers and have to figure out a very precise and rapid way to vent that excess pressure from the supercharger before it damages the delicate butterflies. Therefore, Harrop came up with an electronic bypass valve, and calibrating that (and further tuning it to ensure a more precise transition in and out of boost) is what took much of the product’s development time. 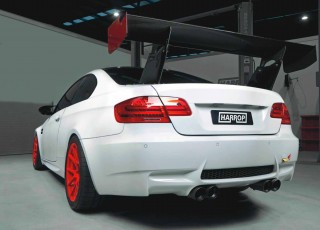 With the supercharger recipe figured out (at least for the stage one tune), Harrop set to work ensuring the product was as thoroughly tested as possible, and that’s where this E92’s inadvertent evolution from road car to time attack beast began. We say inadvertent, as this level of tuning was never planned – the car had been upgraded with a GTS half-cage and rear wing, as well as those aforementioned big brakes and even some 20” Forgeline wheels, but as you can tell from the wheel size, this was never a track car. However, track testing was needed and sadly, during one session, a staffer put it into a concrete wall hard enough to set off all the airbags, and Heath made the call to put a full Custom Cages T45 cage in there after it had all been fixed up. After that, thanks to the Australian state of Victoria’s road rules, it was never going to be a road car again, and the path to the current spec began.

As for that spec, supercharger, Akrapovic GT4 exhaust and Race Coatings coated factory exhaust manifolds aside, the engine is completely stock, as is the drivetrain apart from a Drexler diff and BimmerWorld short shifter. The majority of the changes are in the suspension, interior and aero. Every single arm has been replaced with BimmerWorld adjustable models, complete with spherical bearings, while shocks have been upgraded to MCS remote reservoir three-ways, paired with Eibach springs. Heath says the suspension setup required quite a bit of tweaking on arrival, due to the components being calibrated for smooth US and European circuits, rather than Australia’s often bumpy tracks, but it’s now at a level where just fine-tuning is required to eke the most out of the car. Brakes are Harrop Ultimates, with six-piston front and four-piston rear calipers, Ferodo DS3000 front and DS2500 rear pads, and slotted, fully-floating two-piece discs, fed air by custom ducts. Over those go some Forgeline GS1Rs in a much more track-spec 10×18” ET27 front and 11×18” ET31 rear fitment, all wrapped in sticky BF Goodrich Rival S tyres. Meanwhile, the exterior changes consist of a Motorsport24 vented carbon bonnet, BimmerWorld carbon boot lid, massive Bimmer World Ultralight GT rear wing and matching front carbon lip/ splitter (complete with BMW Motorsport GT4 carbon canards), LCI rear lights and customised headlights with black housings and new projectors and angel eyes. Inside, there’s that cage, customised dash and door cards, M Performance wheel and Velo GPT seats with Schroth harnesses. All-in-all, a very well thought-out and relatable package for those who wish to turn their E9x into a track car.

It’s also a well-proven one. Heath and the team regularly take it out to compete in various Australian time attack events, and while the car’s near-1500kg weight means it will never be up the top of the field, it’s a solid, consistent and, most importantly for future customers, reliable runner. Its clean and subtle appearance, well-thought out colour scheme, and throaty roar from that Akrapovic exhaust all help draw crowds, as does the fact it’s one of the few European cars competing in time attack in Australia. The near-stock dashboard, complete with air-conditioning (Heath says he likes to stay cool while waiting to go out on track), certainly starts a few conversations in the pits, too.

For those wondering how it drives, let’s just say it’s pretty intense. Not being road-legal, we could only thrash it up and down the private road in front of Harrop HQ, so observations here are limited purely to straight line acceleration, but even then, the experience was an eyeopener.

Compared to any centrifugally-supercharged E9x M3, there was a huge increase in full-throttle grunt from just 2000rpm, and by 3000rpm you were already being rocketed along, thanks to the 200whp and 340lb ft available by that point (that’s 60hp and 80lb ft more than an ESS 625 kit at the same rpm, for example, and almost identical to the ESS 625 system’s peak torque). Keep into it and it only gets wilder from there, with a further kick after 4000rpm as you start to climb rapidly towards the 372lb ft max torque figure, and while the dyno graph tells you the twist drops off after that, it’s only a small dip, and by then you’re surfing such a huge wave of power that you just don’t care.

Put simply, even taking into account this car’s race spec (and in reality, the cage and full dash means it’s very little lighter than stock), the grunt on offer here, and the way it’s delivered, would mean any Harrop supercharged E9x M3 would murder the majority of centrifugally-supercharged M3s out there in real world conditions. The fact the TVS 1740 is engineered to OE standards is just the icing on a very delicious cake. Would Max Max approve? Maybe not, given his penchant for Aussie Fords, but there’s no doubt an ‘apocalypsespec’ M3 fitted with this ’charger would fit right into his world. 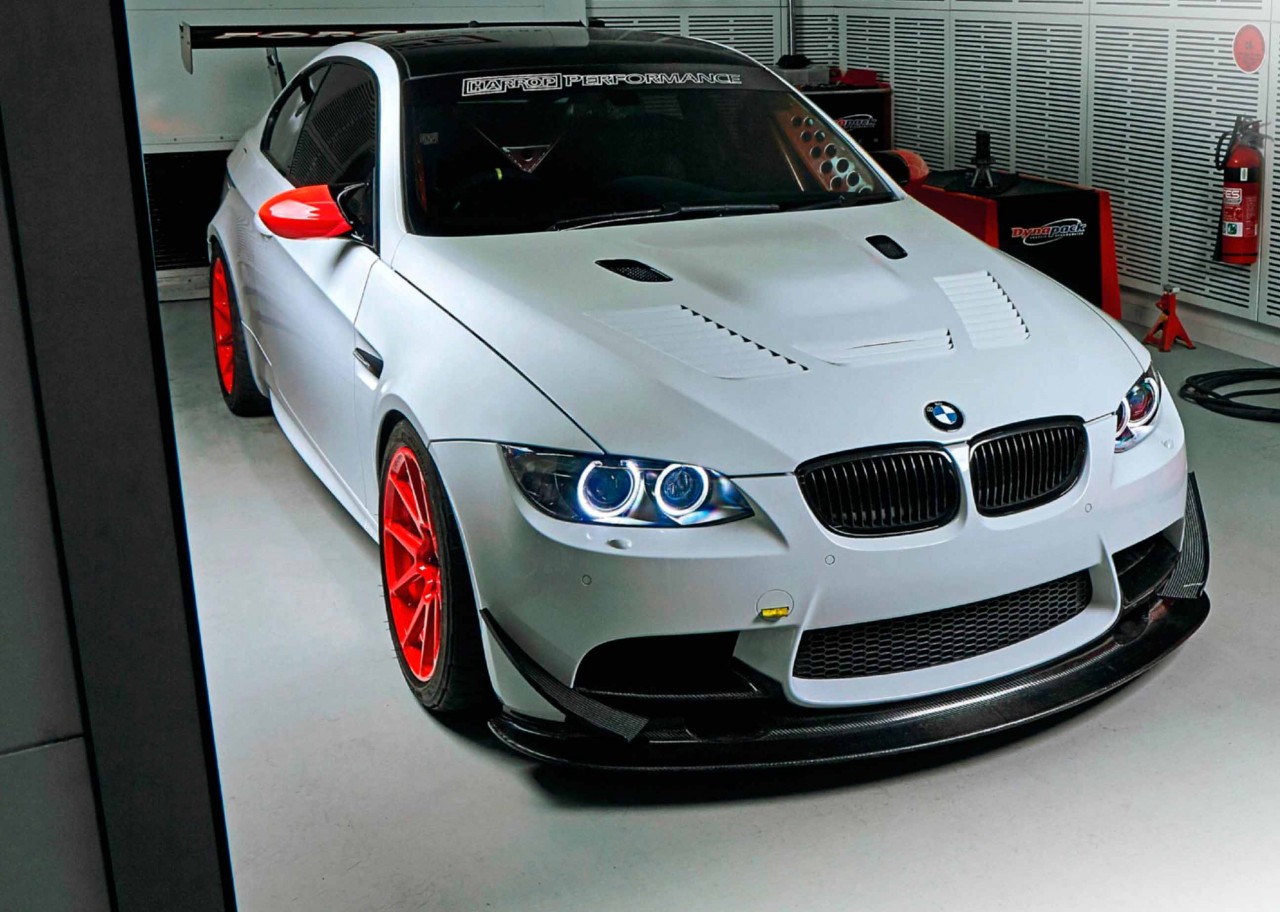 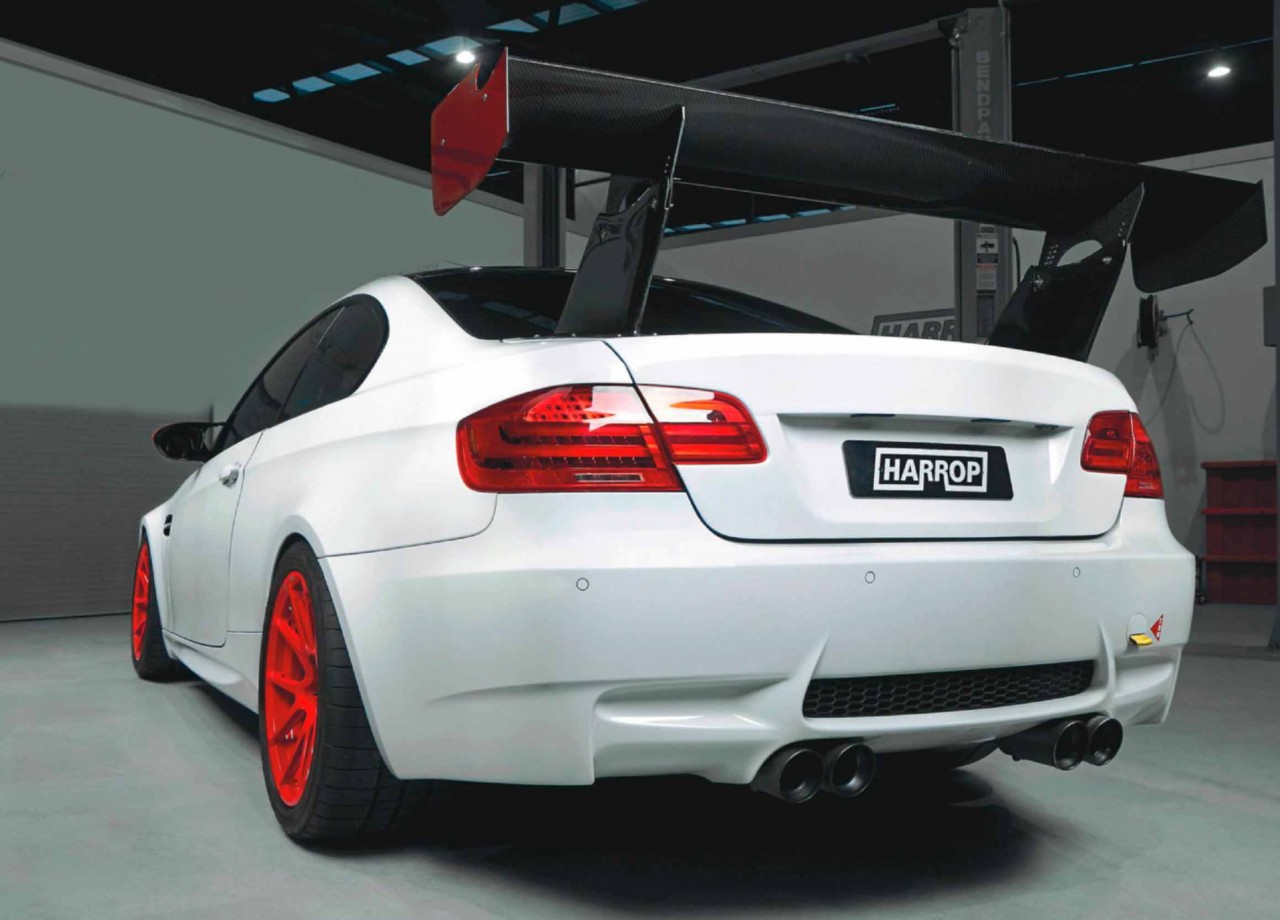 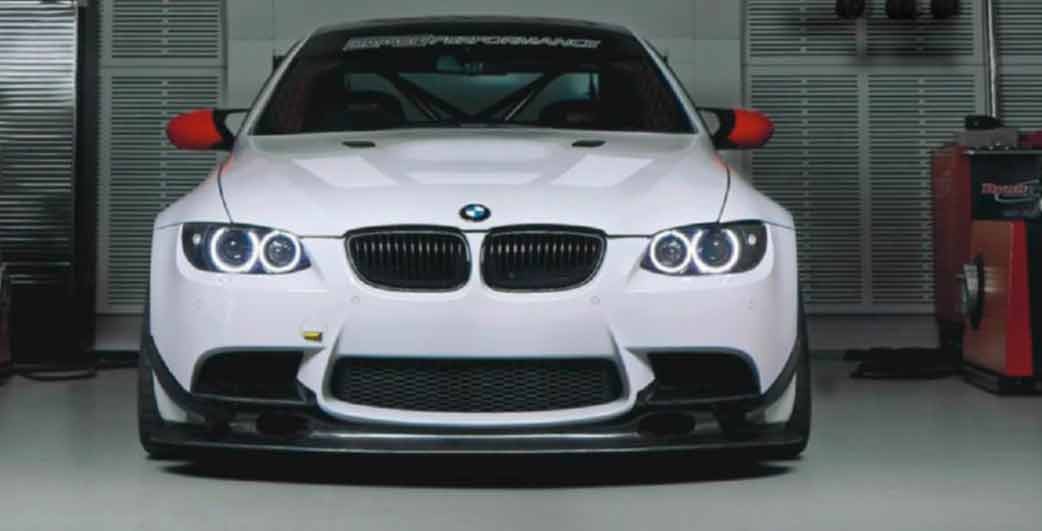 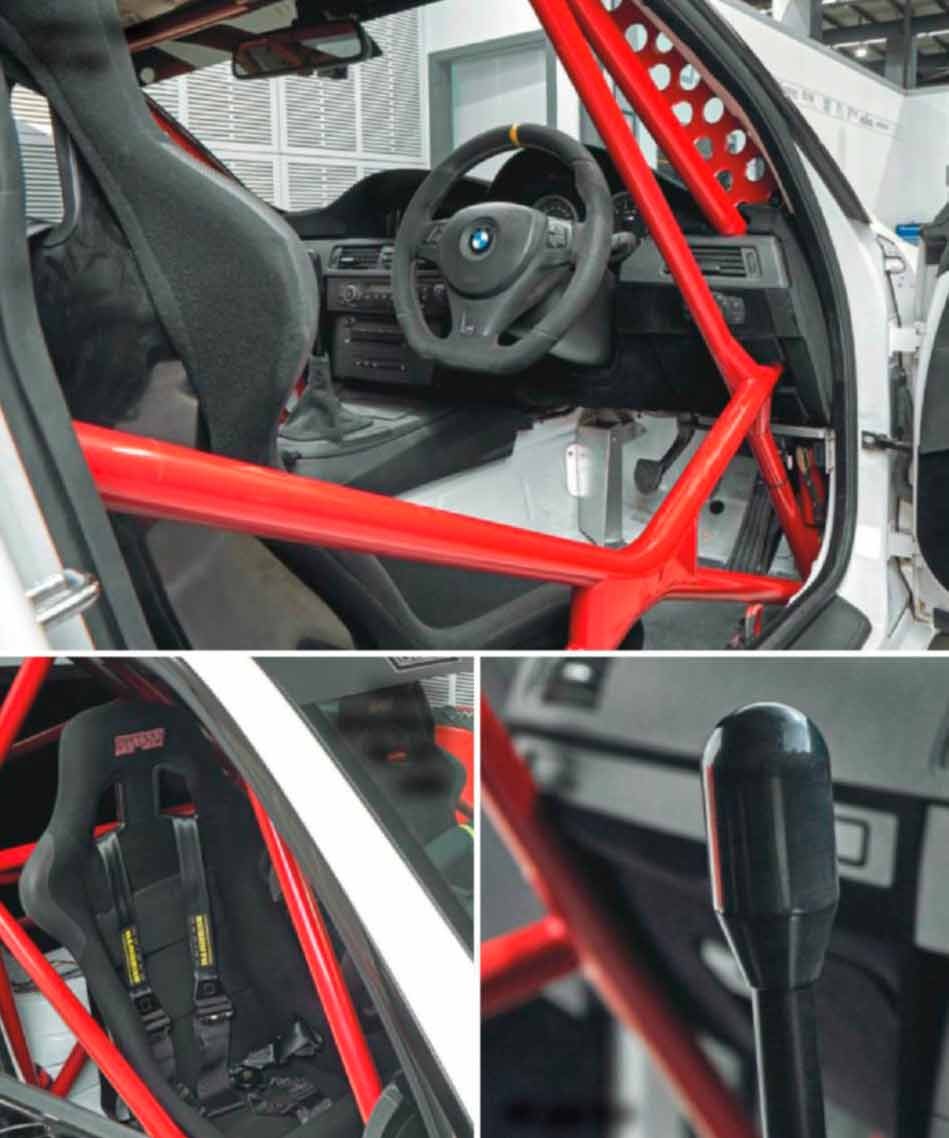 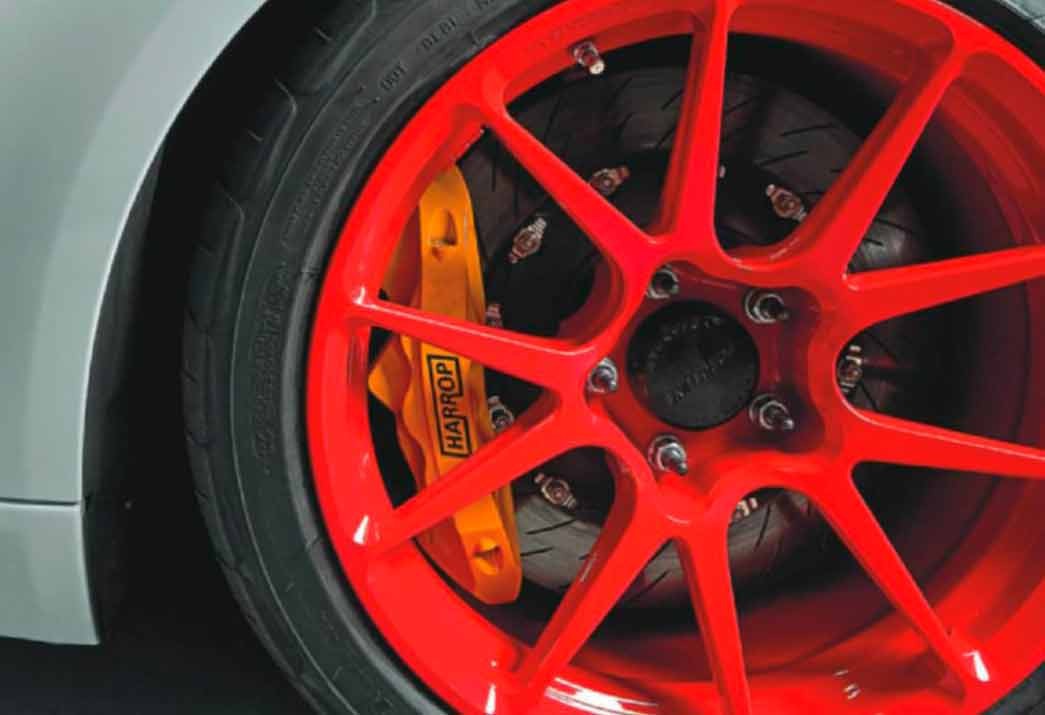 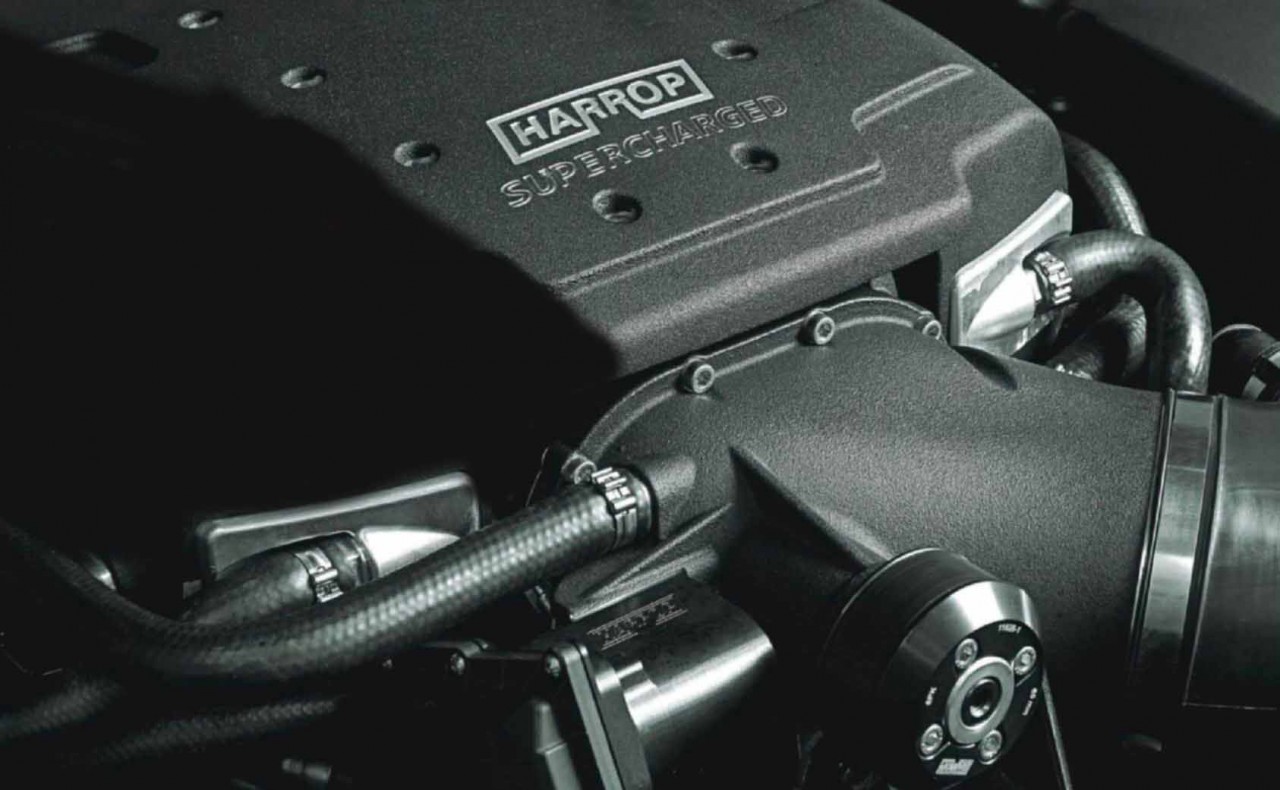 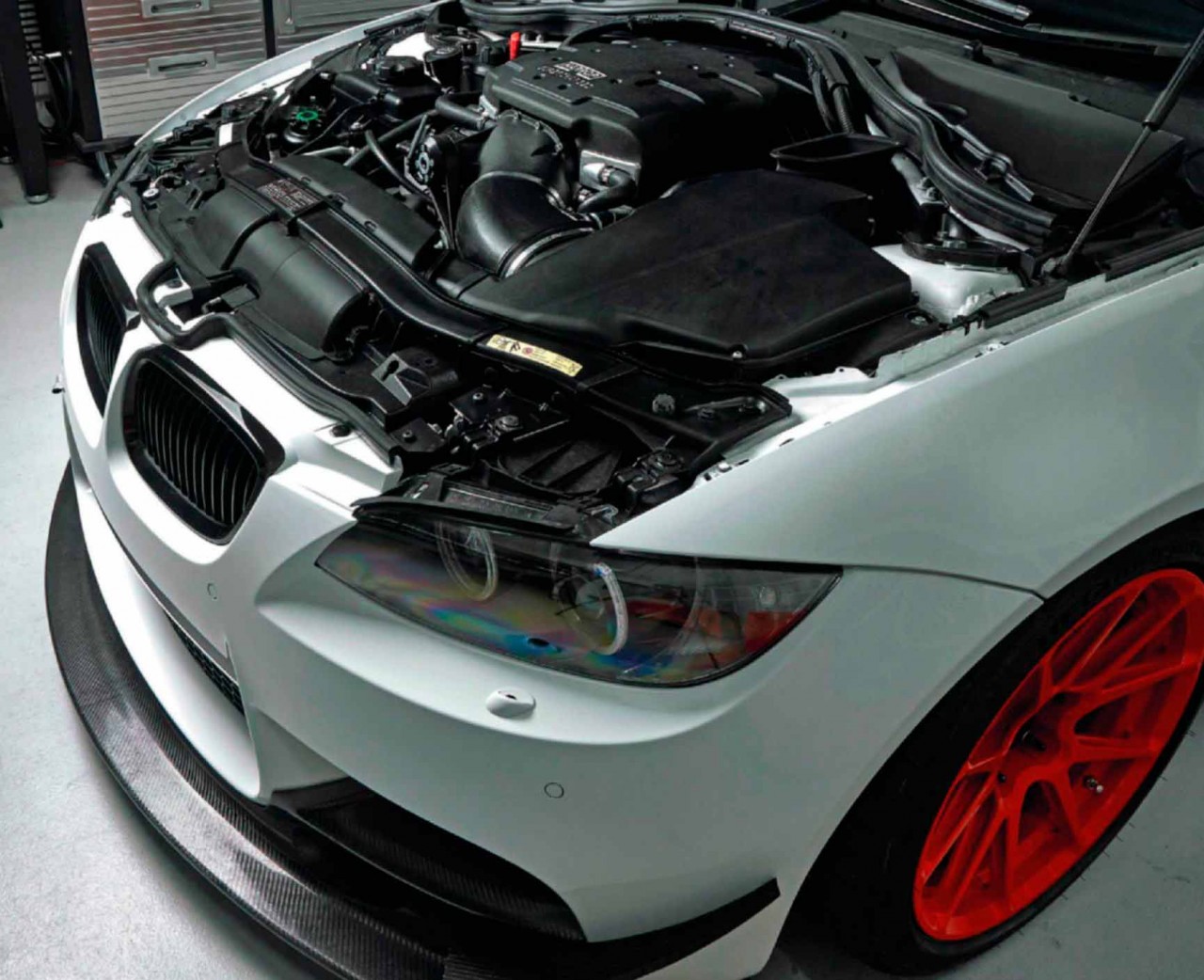