No one ever said no to more. More money? Yes, please. More cake? Absolutely. More power? Hell yes! The last one does come with a slight caveat in that if someone were to offer you a lot more power but at the cost of a lot of money, you might well politely decline because not everyone has the luxury of being able to spend absolutely £1000s on mods. The prospect of a lot more power for not a lot more money, however, is a very appealing one indeed. When BMW started slapping turbos on everything that’s how everyone felt because now big horsepower gains could be had for very reasonable amounts of money and, no matter how much power you start out with, the lure of more is always irresistible. 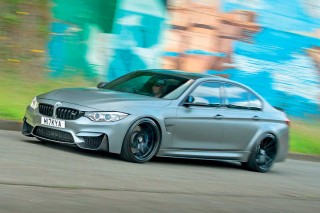 Just ask Michael Armstrong – his F80 M3 started out with 431hp, which is plenty, but now it’s putting out a hell of a lot more and it’s doing so while remaining exceptionally stealthy, the perfect combo.

For Michael, it all began when his dad bought an E36 M3 in the late ’90s and once he’d experienced that, he was hooked; “I love the noise, power and quality of German engineering,” he grins and he was lucky enough to get his hands on some of that sweet Bavarian motoring goodness at a young age. “My first BMW was my dad’s Alpine white 1994 E36 M3 when I was aged just 19,” he smiles so it’s no surprise to see several BMs cropping up in his motoring history (E46 M3, E92 M3) along with a few other non-Bavarian and non-German machines but there is definitely a theme that ties them all together – modifying.

“I’m unable to leave cars alone, I’ve modified everything I’ve ever owned,” he chuckles, so when it came to this F80 M3 there was never any doubt that it too would be receiving a slew of upgrades. As for Michael’s buying decision, after having sampled every M3 since the E36 it only made sense that the latest incarnation would find its way into his ownership sooner or later. “I had looked at several F80 M3s but nothing really stood out,” he tells us. “On a journey to Essex to buy a Clio 172 Cup with a friend, passenger seat boredom set in so I started browsing eBay and stumbled across this M3 which was in Bristol. It had a different set of wheels on it (Riviera RV194 20s), which was a great start to the plans I already had. The chap I bought it off owned a wrapping business so after deciding on a price we soon decided on what was to be wrapped and tinted. Satin grey was the decision and I waited around a week then had the car transported up to Newcastle,” he says and it was most definitely worth the wait as the end result is simply stunning. Matt wraps can feel a little played out at times, but we’ve still got a lot of love for shades of satin grey and it’s the perfect choice for this M3, softly and gently highlighting and accentuating the F80’s muscular lines while doing so without shouting about it and the satin grey canvas is the perfect backdrop for the black and carbon elements that can be found around the car.

Enhancing the car’s appearance beyond the wrap was the first item on Michael’s to-do list and so he got stuck in with a selection of tasty carbon additions, but they’ve been kept extremely subtle. Up front you will find carbon lower bumper intakes, there are carbon side blades while at the rear sits a CS-style lip spoiler and an aggressive finned diffuser. The carbon additions look seriously sexy but they’re subtle with it, just adding that little extra something that makes all the difference. Those Riviera wheels also play their part and they look great on the F80 – the concave profile is superb, the thin spokes show off the brakes and they do the perfect job of filling out the arches, and all without being too much.

With his M3 looking the part, Michael now turned his attention to the S55 under the bonnet because with so much tuning potential to tap into it absolutely had to be done, and he really put in some serious work here. From the outside Michael’s F80 M3 looks nice, but compared with some builds it’s really quite subdued and you might well wonder what it’s got going on.

“With his M3 looking the part, Michael now turned his attention to the S55 under the bonnet because with so much tuning potential to tap into it absolutely had to be done, and he really put in some serious work here” 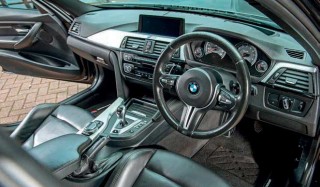 Then you have a look at the engine mods and you realise this car is not holding back and just how dedicated to performance Michael is. “First came a primary cat delete, a full M Performance exhaust with secondary cat delete, MTC downpipes, a drop-in filter and a map, but the car felt like it was being held back!” says Michael, so he upped the ante. “Next I moved onto an MST intake system and MST larger intake pipes, a stage 2 map, uprated spark plugs and a CSF heat exchanger, but it was still being held back. After a lot of searching the net I found it would be best to try the following: an MTC chargecooler, larger aluminium chargecooler pipes and an aluminium intercooler to turbo pipe, a stage 2+ map and, after a couple of shots at adjustment to the map, I unleashed a beast, wow!” he exclaims with a grin and we get the feeling he’s happy with his M3’s performance at long last but, then again, we’re not especially surprised as that lineup of performance mods is heavy-duty stuff. Most people would have been done after that first lot of mods, but Michael isn’t most people and he just kept going. So how much power is this M3 making? Well, it’s not been on a dyno, but going by those mods and the sort of gains we’ve been seeing on S55s it’s going to be knocking on the door of 600bhp. Even without a figure to hand it’s going to be one hell of a machine and Michael’s commitment to squeezing as much performance out of his S55 as possible deserves commendation. 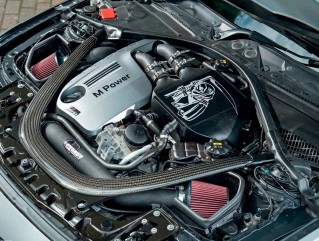 Beyond that, Michael’s just added a few additional mods: a set of H&R lowering springs deliver the perfect drop, the windows have been tinted and inside there are a set of custom mats and a fibre optic roof lining similar to what you’d find in a Rolls-Royce – snazzy. We like the fact that Michael’s concentrated on what’s important to him with this build, and that’s power. He’s tweaked the looks, added some lows, a few touches here and there, but where he’s really put the work in is under the bonnet and he’s not done yet, oh no, because while there’s power left to be extracted from the S55 he cannot rest. “Next for the car is to go to Devil Developments in the spring for a set of L700 turbos with custom map, a bootmod3 and the crank hub capture plate, and also a big brake kit,” he says with a grin and that’s really going to push performance into the stratosphere. As their name suggests, these uprated hybrid turbos are capable of making 700hp, so that’s going to be a pretty intense drive and, best of all, the lack of wild aero or look-at-me wheels means that this M3 will be able to slip under the radar, never announcing its presence or what it’s capable of, before blowing absolutely everyone away. As a performance-focused package that looks sexy but keeps its secrets tucked away, Michael’s mighty M3 is an absolute winner. 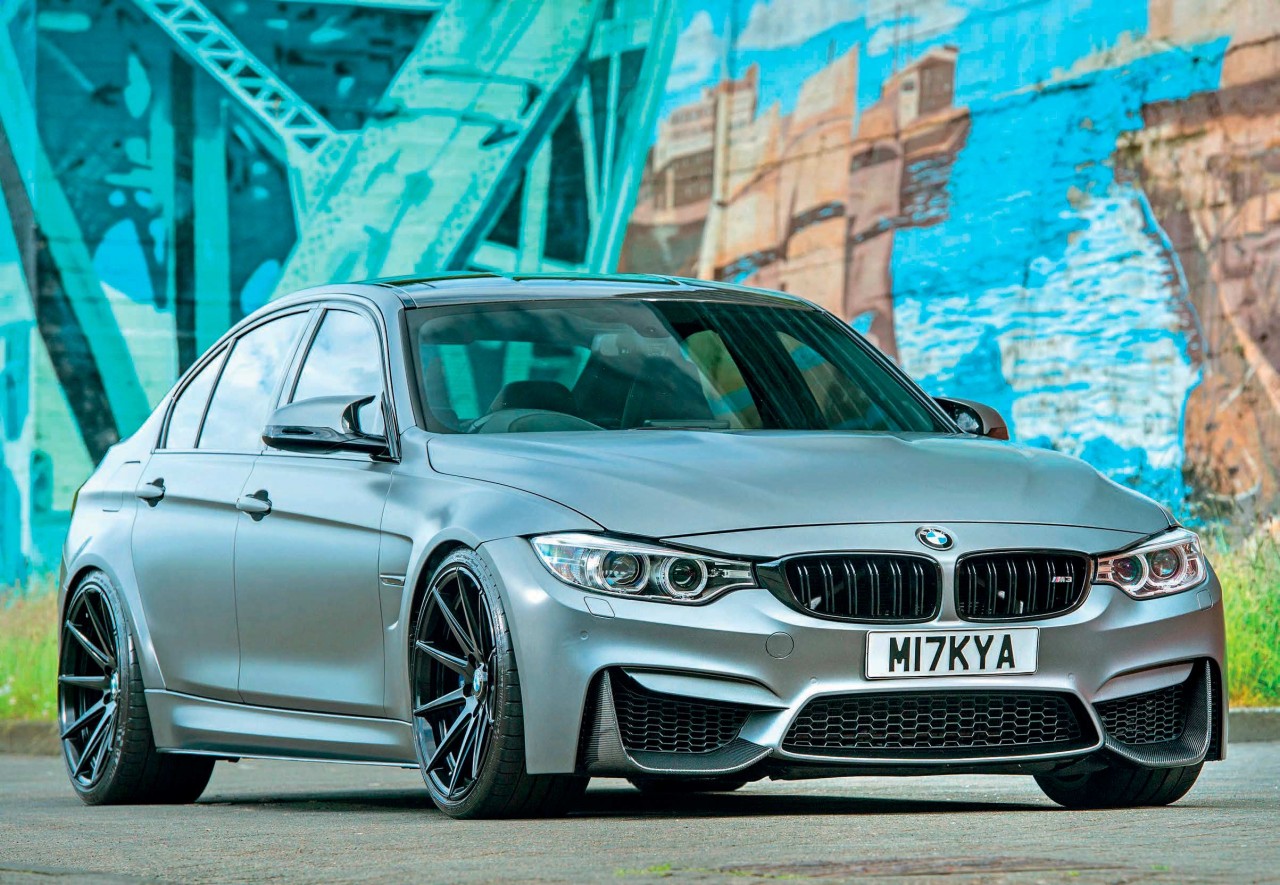 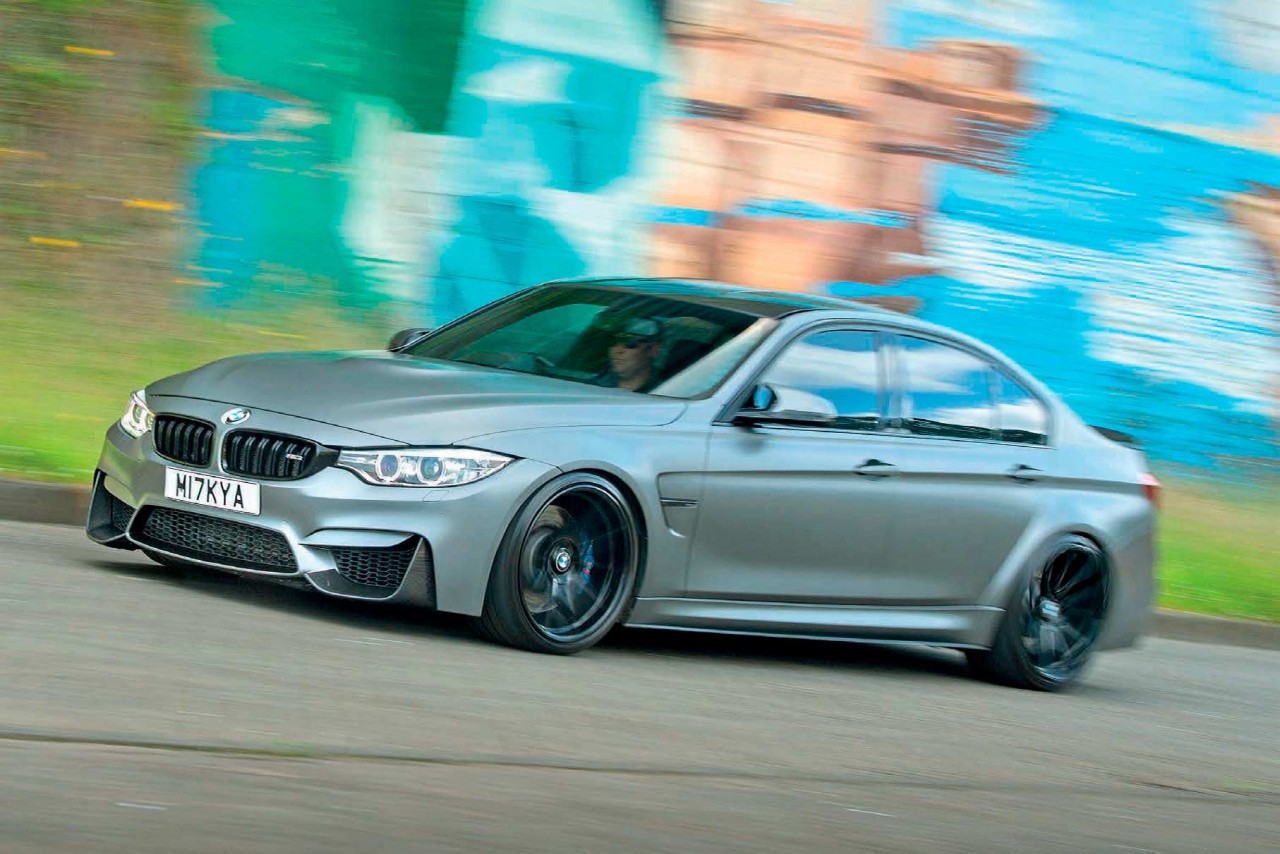 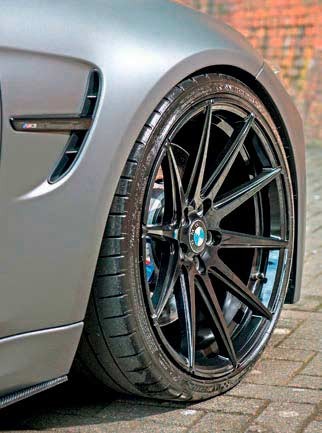 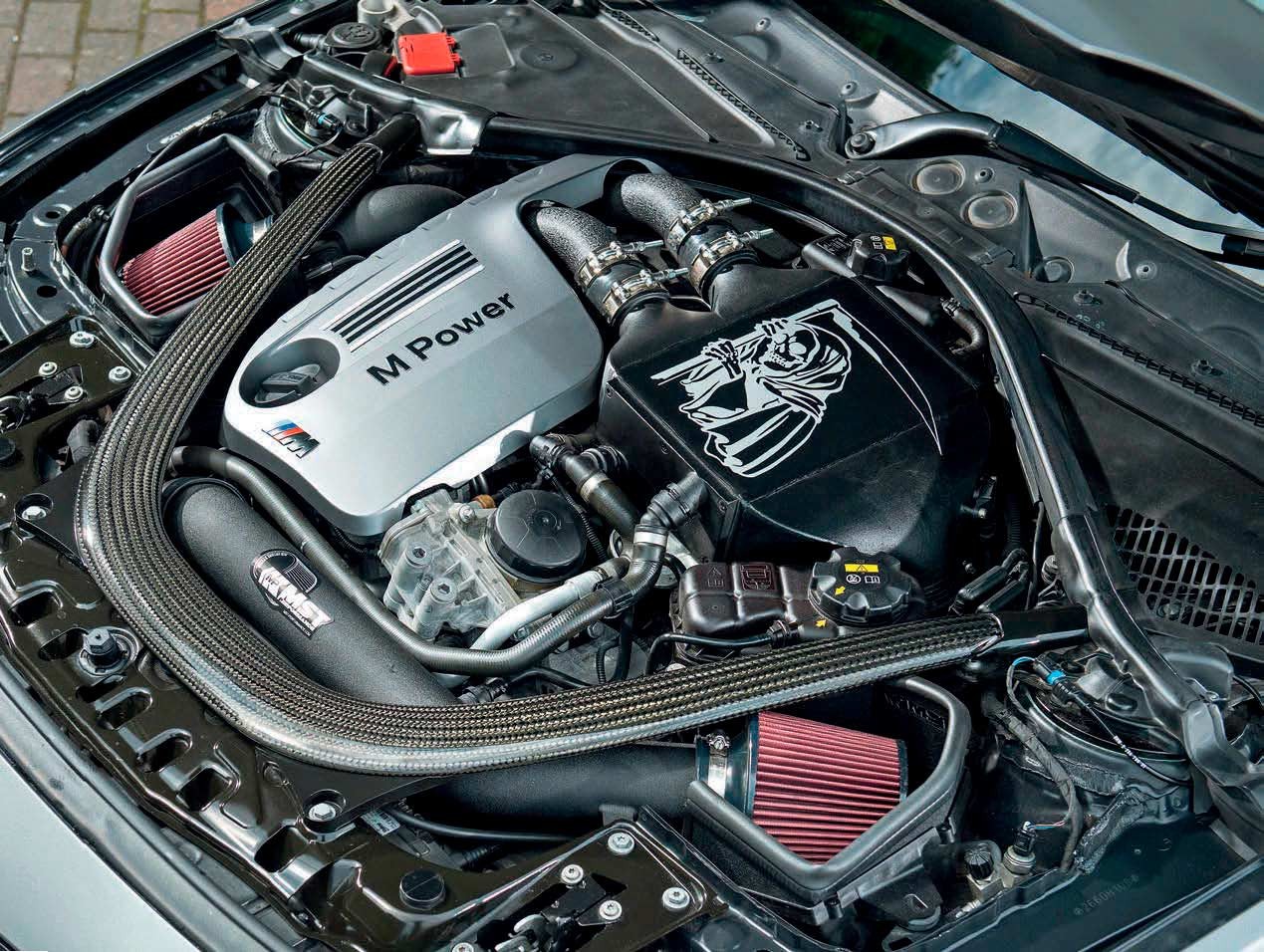 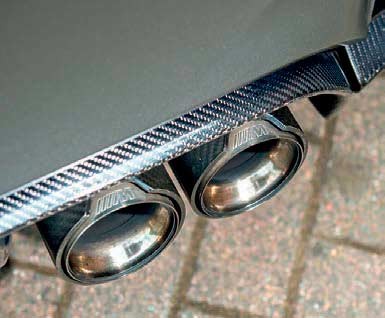 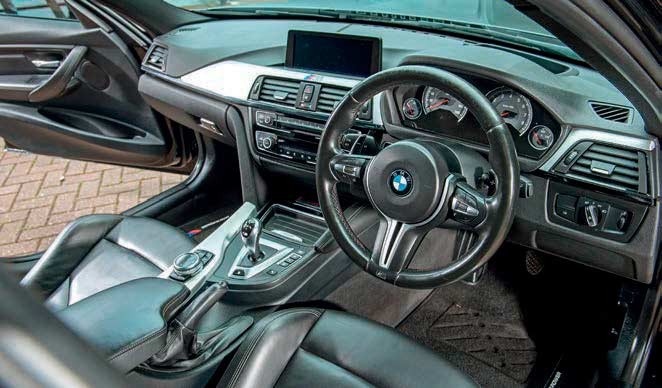 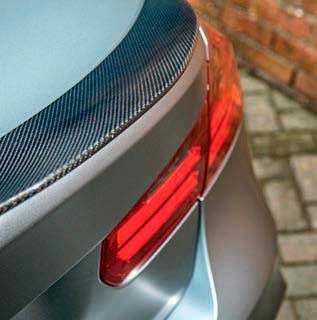