I always admire the passion some people have in their cars and their allegiance to the make and model. Matt Pollard is no different and his passion of Citroen DS3s comes over loud and clear in his current 210 bhp DS3 and how he maximises the cars potential. 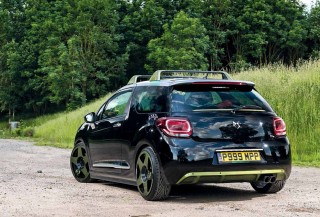 How did this car come about I asked Matt, “I purchased this car from new in 2014 after trading in my previous Citroen DS3, this wasn’t planned but I suffered catastrophic engine failure and wasn’t happy with the car after repair”.

Luck was not on Matts side as the car was three weeks out of warranty meaning he had to repair it or pay for repair. Financially it was not an option to send out for repair which meant calling upon the retired mechanic in the shape of Matt’s grandad.

This was the option for Matt after getting quotes of £1800 so both he and his grandad decided they would strip the engine down themselves. Long hours were spent removing and rebuilding the engine quickly identifying that a piston had gone and the piston ring completely disintegrating within the sump.

After many hours work of cleaning the oil pump out and spending £700 on forged pistons the engine was rebuilt and then installed back into the car but immediately it was clear the car was not right. He thought there was little or no power being produced from the turbo so he took the car to Jamie @ SP Tuning who managed to identify the problem, a vacuum hose from the dump valve being put on the wrong way round.

Matt goes on, “After all this stress, worry and money I felt I couldn’t trust the car, it just didn’t sit right so I decided to change it over. Looking around I couldn’t find any I liked so I paid a visit to another Citroen dealership. The visit ended with me buying a newer version of the same model and part exchanging my newly rebuilt car”. Matt only had his new DS3 two weeks when he decided to fit BC racing coilover’s, he wanted the car to sit lower and these lowered the car by 40mm, making the car handle and sit better in Matts view. Next up was fitting EBC ultimax brake discs and yellow stuff brake pads which again has improved the handling but greatly improved the stopping than the stock set up.

“DECALS GO MAGNIFICENTLY WITH THE BLACK”

Happy with the ride height and braking it was off to see Jamie at SP Tuning to look at the power and performance. Matt chose an Airtec Intercooler, this leading manufacturers intercooler was chosen as the design gives the ideal surface area for air to pass through whilst maintaining airflow levels to the top of the DS3 radiator. At the same time Jamie fitted a Forge induction kit to get the breathing right and a Forge dump valve. Matt also took the opportunity to have a Scorpion non resonated exhaust system to give that unique power growling sound. These modifications coupled with a remap from Jamie resulted in an impressive 210 bhp with which Matt was delighted. Matt nicely compliments Jamie also saying, “due to the many visits to SP Tuning Jamie has become more than a tuner, he’s become a friend whether it is to ask advice or just pop to have a general chat”.

“SIMPLY A WORK OF ART”

However the mods did not stop there and more recently the DS3 has had a short shifter and stiffened gearbox mount to stiffen the gear change up and reduce the throw of the gearstick itself. The most recent addition to the car has been the Fifteen 52 Tarmac 18” wheels which Matt had in his garage for over six months before fitting. The delay was due to a very indecisive Matt who could not decide how he wanted them to look on the car. Finally he decided I’d go and get them hydro-dipped and singling out 1 spoke to hold the trademark spoke sticker. The idea then came to enhance the appearance with stretched tyres coupled with the 20mm spacers and hey, the cars look suddenly came together and took an all new level of standing out from the crowd.

Matts journey has taken just under four years to get it to the stage it is at which is a lot longer than he would have wished but as he puts it, “ I have a very busy job which is national, although based from home getting time to do anything or getting the car to and from Jamie at SP Tuning in Burbage has been a tough task but the weekend work has been worth it”.

In typical Matt fashion he highlights his bug for modifying cars, “I’ve always had the car bug after helping my grandfather repair cars and driving very old plant machinery. I am always on the lookout to see if there is anything else that takes my fancy to do alongside my DS3 but at the moment I’m just not ready to let this thing go. I’ve always wanted a 2.8L Mark 3 Ford Capri so I am holding out on the hope of purchasing one getting it solid and enjoying looking at a driveway of completely different cars” he states.

So what is next for Matt and who were instrumental in his journey I asked him, “I may install a bigger turbo to squeeze out some more horses” he says laughingly. Right now though I am going to enjoy the current drive, I have to thank Jamie at SP Tuning for all the work he has done and the advice he has given me, it really has been invaluable to getting to this perfect setup. I have also got to give a big shout to DS3GB owners club for the help and support. Many of the members I have known for years and between us all there is not a lot we don’t know about these cars. Martin ( the owner ) of DS3GBOC is on his 7th DS3 so you can tell he is an avid fan of the brand, but ultimately it is my friends and family who have encouraged me to keep going and make it what it is today”.

FAVOURITE UPGRADE: Has to be the hydro-dipping which makes the car stand out and giving it that individual personal look. 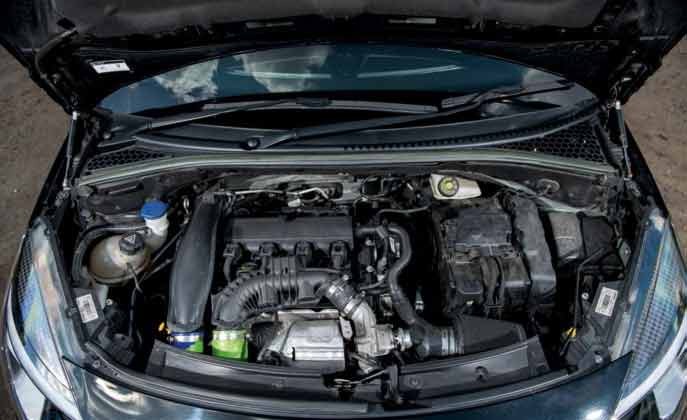 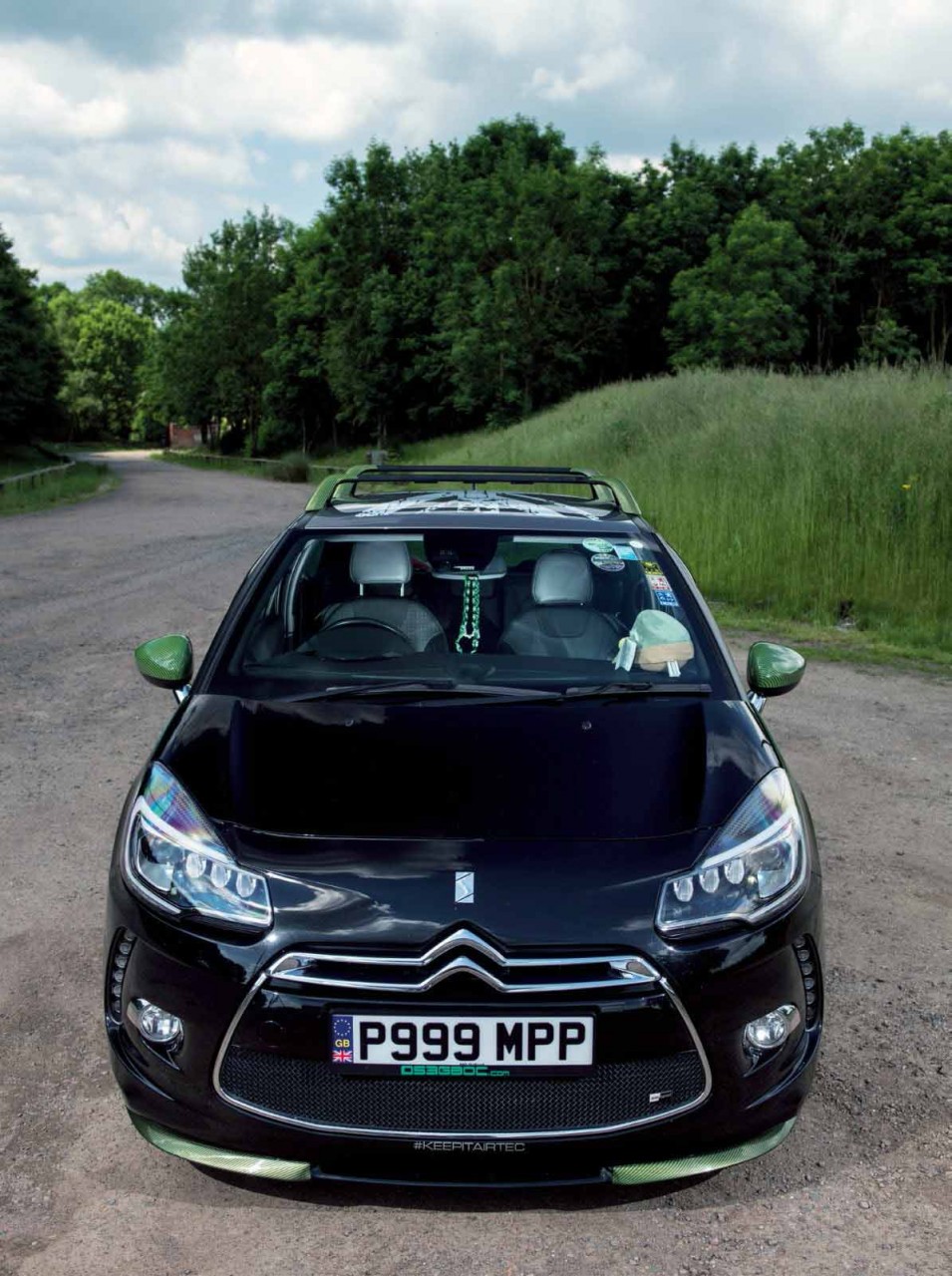 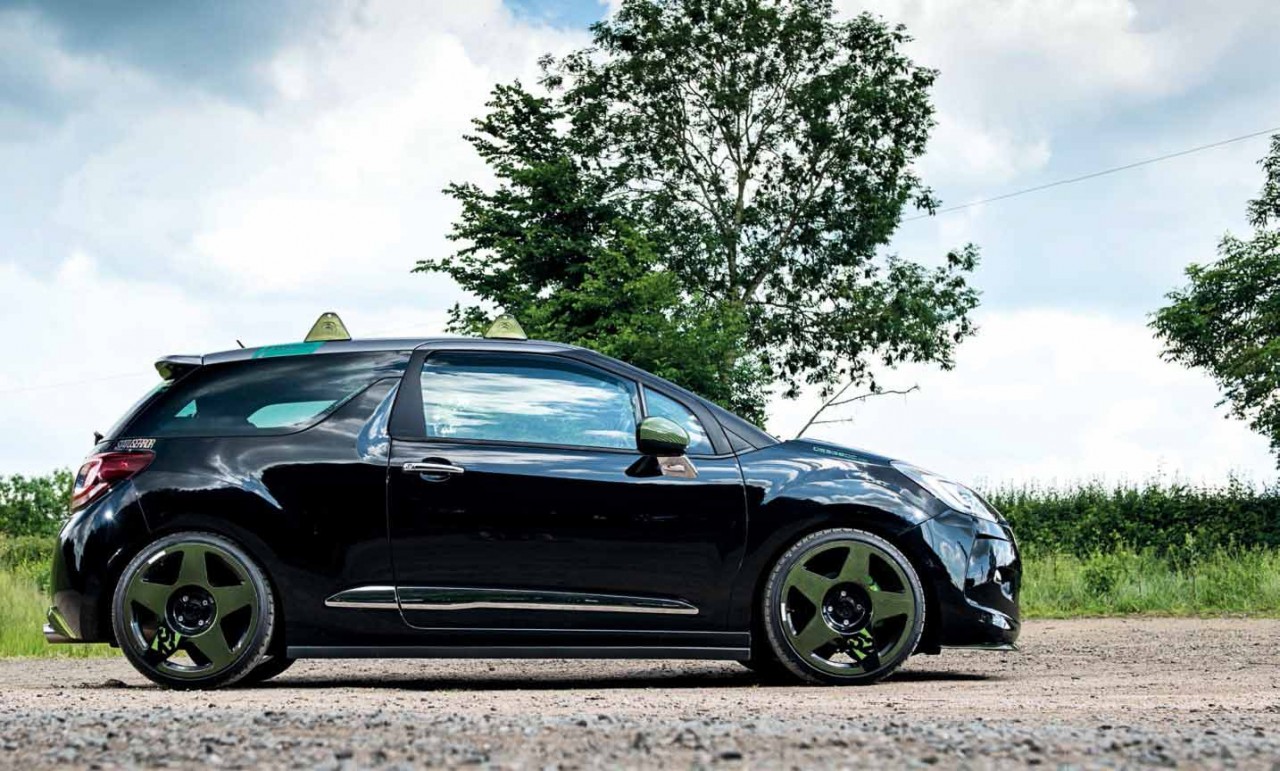 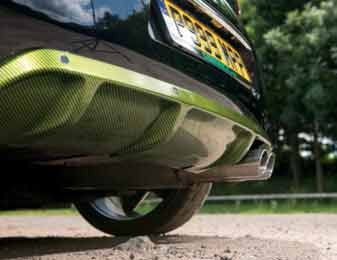 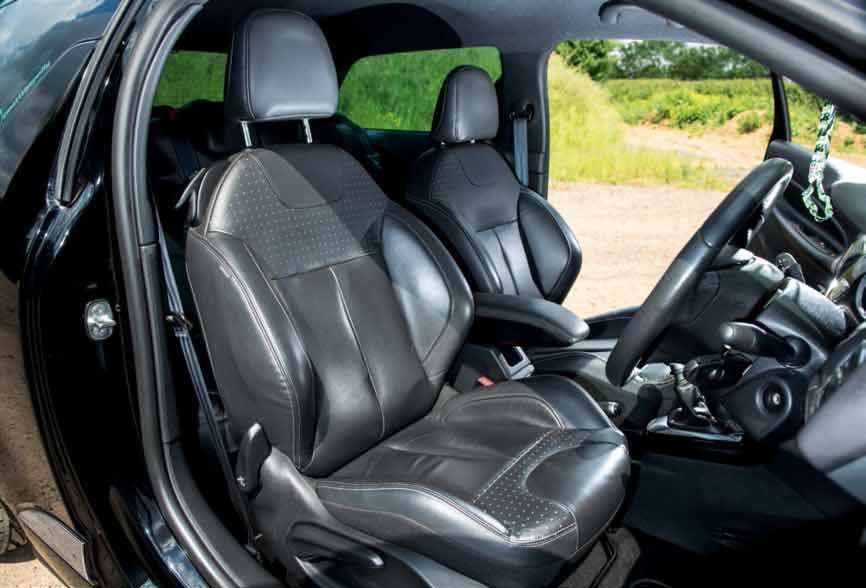 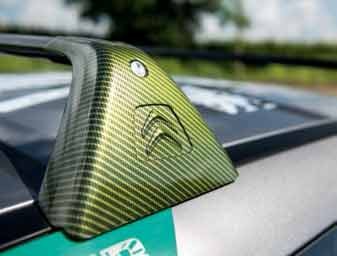 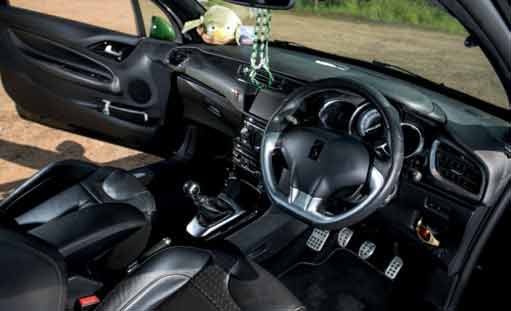 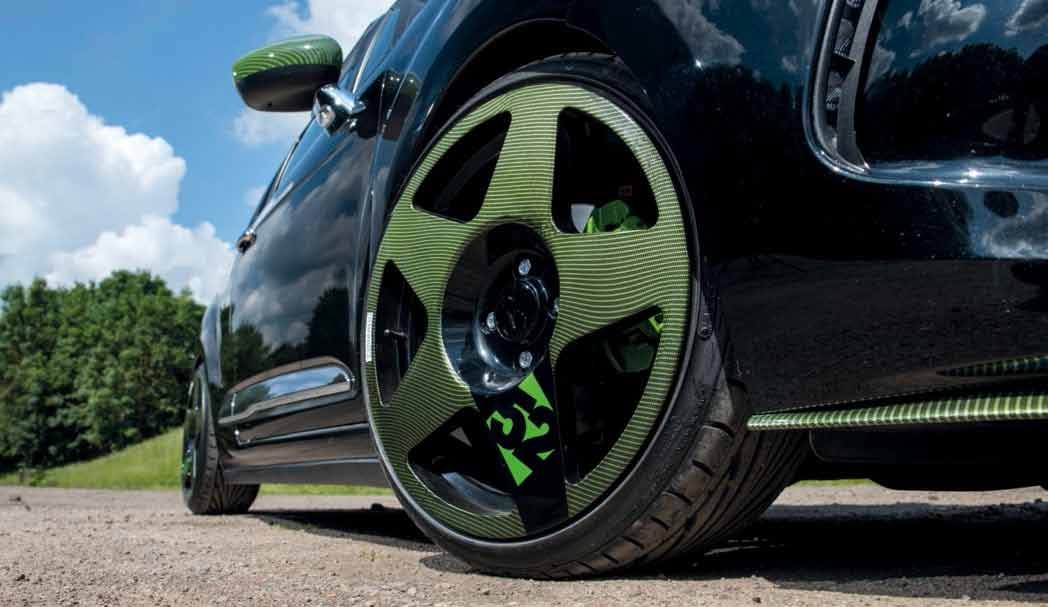 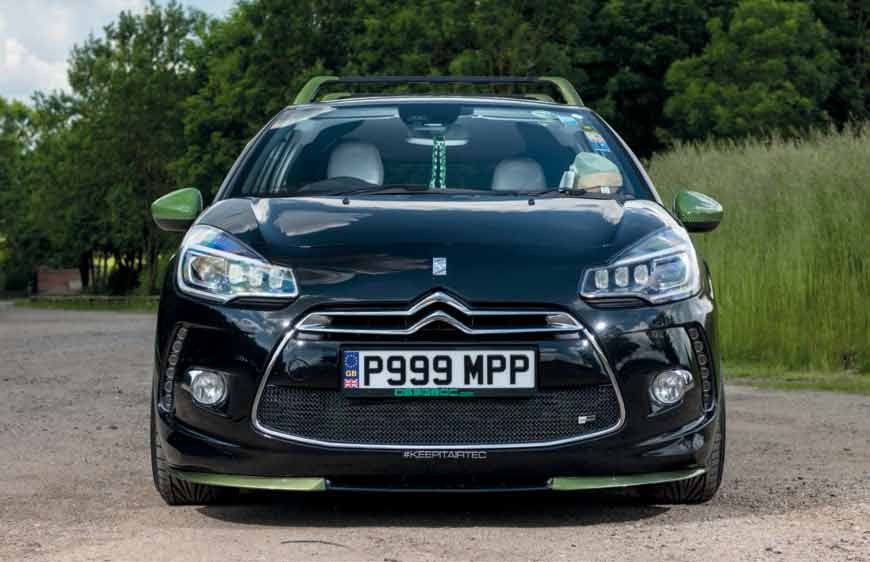 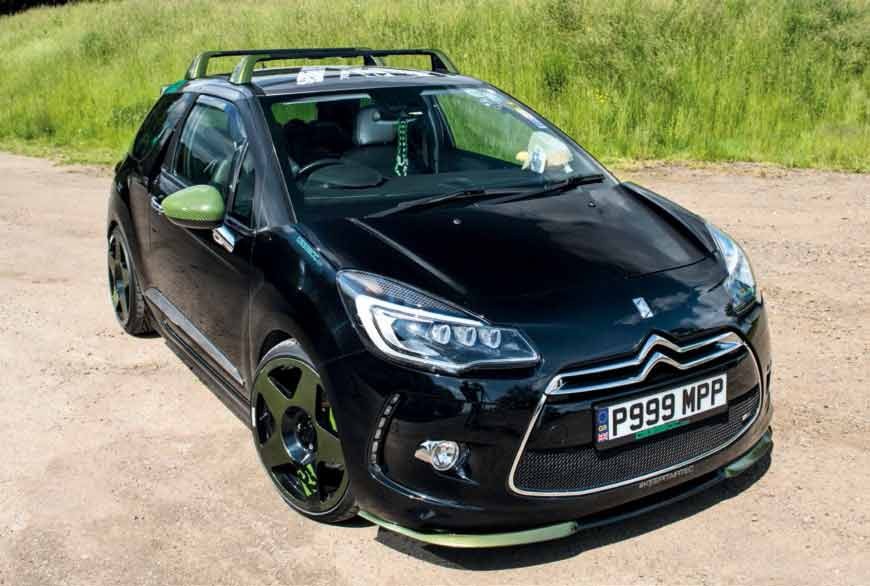 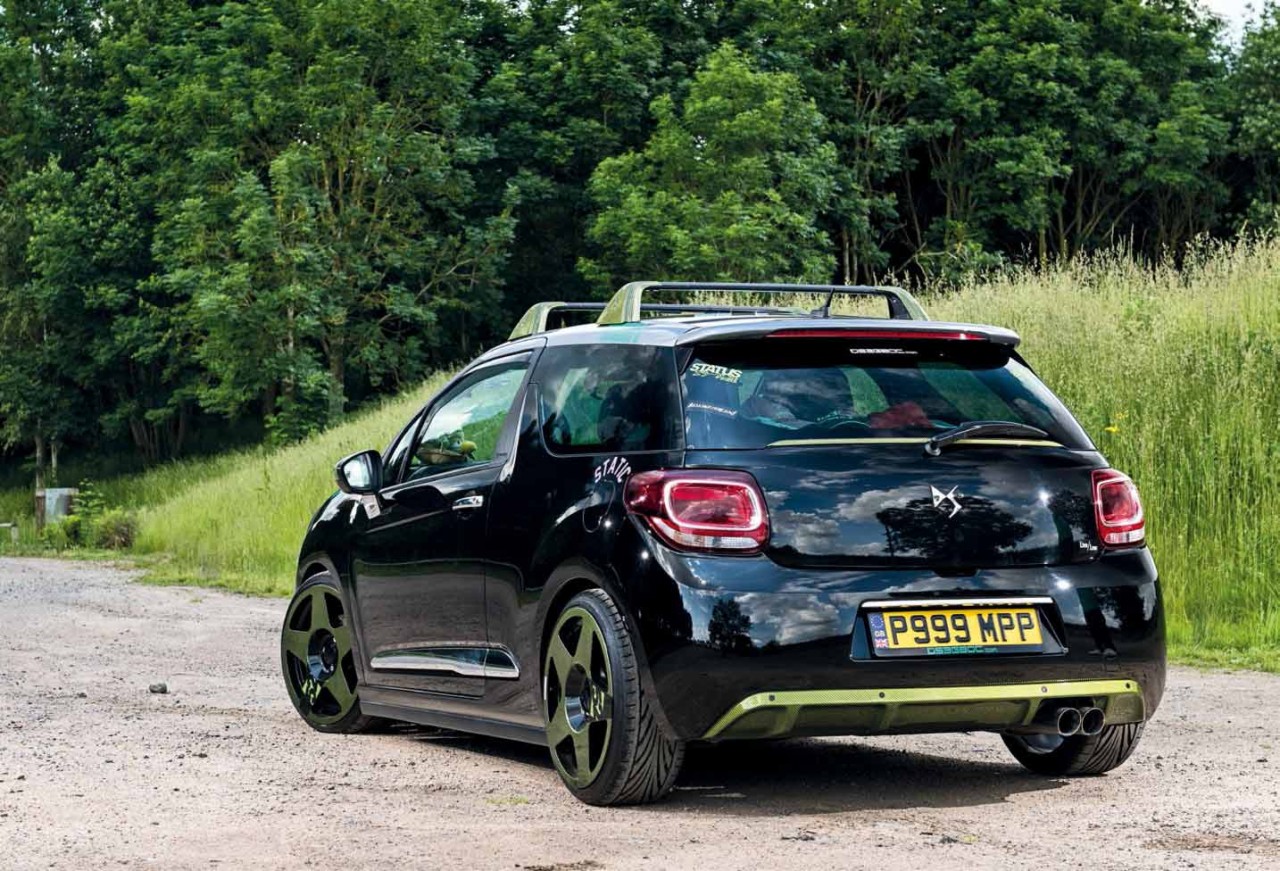