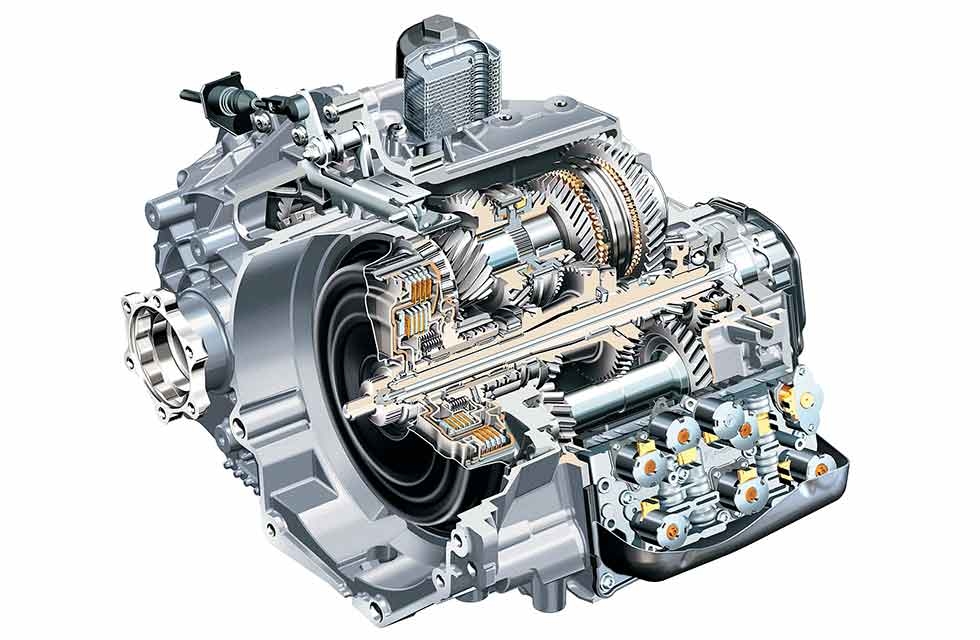 Once, there were manual gearboxes and there were slushy autos. Then came The Future: the paddleshift semi-auto. By Ben Miller.

There’d been semi-auto ’boxes before the DS. But Citroën’s masterpiece makes a compelling case for manual gear selection without the clutch-pedal hassle. Hydraulics do the hard work, disconnecting drive and selecting each new ratio as you glide from one pavement cafe to the next.

Easy like an auto, involving like a manual – what’s not to like about VW’s Autostick set-up, which married a vacuum-operated auto clutch (activated by a button on the gearstick) with a three-speed manual ’box? In theory, nothing. Commercially – VW discovers – pretty much everything. See also Chevy’s Torque Drive.

1989 Ferrari sexes up the semi-auto

The 640, Ferrari’s 1989 F1 car, is both the first by John Barnard and the first with a semi-auto gearbox (specifically a robotised manual with paddleshift). With no gearlever to package, the system allows Barnard to design a narrower, lower-drag monocoque.

By the mid-’90s the semi-auto is ubiquitous in F1. Ferrari celebrates with the F355 F1, with its electrohydraulic actuation of the standard car’s gearbox. Ferrari subsequently goes twin-clutch with the F355’s descendent, the supernaturally good 458 Italia.

Interesting fact. Before the E46 M3 CSL, planet Earth rotated about an axis tilted at 24.5°. But with the first full-throttle, maximum-attack upshift from the car’s SMG II semi-auto (the only transmission option on the CSL), so brutal was the shift that Earth was knocked onto the 23.5° at which it presently sits.

Now up to eight ratios in the 992-generation 911 (and hybrid-ready), PDK lands first in the 956 racer and then 2009’s 997.2 911. While not lightning-quick at first, it’s greased lightning compared with Tiptronic. PDK is now so good that it’s the sole option on track Porsches like the 911 GT3 RS and Cayman GT4 racer.

2019 Koenigsegg versus the gearbox

EVs don’t need multiple gears since e-motors make loads of torque and can run at revs from zero to 18,000rpm. And with performance cars becoming increasingly hybridised (Aston, Ferrari, McLaren…) they may not need gearboxes for much longer – Koenigsegg’s Regera doesn’t bother with one.

Hydraulic coupling connect’s the Regera’s V8 and its rear wheels.

Koenigsegg’s Regera: like a Prius but without the affordability.

Porsche’s PDK: an auto and a track-ready semi-auto in one.