This is one of the four works 3.5 CSLs driven in the 1976 World Championship for Makes – it won both of the 1000km races and was the highest scoring BMW. Only four of these cars were ever made, three still exist, two run and only one is a matching numbers car. This one. It’s currently for sale and although most of us couldn’t afford it we can at least chronicle its life story.

1976 saw big changes for the touring car based series as the fourth Generation Group 5 regulations allowed manufacturers a much freer rein to develop high-powered beasts with so many added aero parts that they bore only a passing resemblance to the road cars they were based on. This is why they were given the name silhouettes. Only the bonnets, roofs and doors had to be the same as the road cars which is why the body kits were so boxy… and why the CSL became known as the Batmobile. 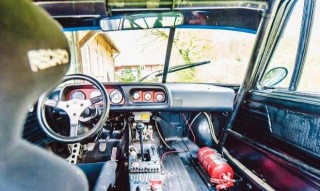 BMW committed to the series late though, only deciding in December the previous year to compete with the CSL which had finished its production in the summer of 1975. It wasn’t until February that four cars were ready to run which left precious little time for testing and development. One car was to be run by the Alpina-Faltz team, another by a British team called Hermetite and the third in green Gösser Beer livery, was run by Schnitzer. (The last car was retained by the factory being developed to run with twin turbos and was due to be released, or unleashed, later in the year).

The driver line ups were pretty fluid, because as in rallying of the same period there was no championship for drivers, it was only the manufacturers who took the honours. The main drivers were BMW stalwarts Albrecht Krebs who drove nothing but BMWs all through the ‘70s and Dieter Quester who also spent pretty much his long racing career in a BMW, and is also famed for finishing a DTM race in 1990 on his roof. But the car was also piloted in certain races by two current F1 drivers, Gunnar Nilsson, who was driving for the JPS Lotus team and Ronnie Peterson, one of the drivers of the six-wheeled Tyrell.

The only other team to enter a works effort was Porsche. Ford, after dominating for years with the Capri, had left the series and was still yet to return with its Mk2 based car. Lancia entered with its Turbo Stratos, but as stunning as the car was, it didn’t exactly shine… the car burnt to a crisp midseason and wasn’t rebuilt. But even with just the two top German manufacturers going head-to-head it wasn’t exactly a level playing field. The new rules allowed engine capacity to be increased to 3.5-litres but even though the CSL weighed just 970kg and the naturally aspirated straight-six made a healthy 470bhp Porsche’s turbo-charged flat-nose, Martini sponsored 935 put out a massive 160bhp more. 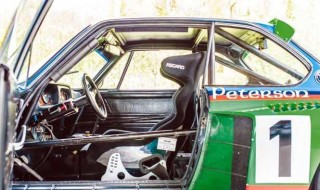 But, with hastily constructed cars that pushed the limits of available technology and raced without a full testing program, reliability in the long distant events made things more interesting than they would otherwise have been.

The first race, a six-hour endurance around Italy’s Mugello circuit saw the Schnitzer car suffer with handling and brake issues but it still managed to get up to second place before retiring… and tellingly, the first non-Porsche only finished in a distant eighth place. At the head of the field was the all-star pairing of Jochen Mass and Jacky Ickx, both current F1 drivers and who would go onto many more major successes in the future.

At the next race at Vellelunga, again in Italy and another six-hour event, the car was again up to second until during a pit stop a wheel nut got stuck. Perhaps one of the most bizarre-ever reasons for a retirement, the suspension broke from a mechanic jumping up and down on the wheel nut cracker bar! Mass and Ickx took another win.

In the Silverstone 6 Hours a couple of weeks later all eyes were on the new 750bhp turbo-charged CSL, nicknamed the Munich Monster. It still wasn’t as fast as the Porsche though and only took the lead when the leading Martini sponsored car stopped with gearbox trouble. But with so much power being forced through the transmission no one expected it to last too long… and it didn’t. That left Quester and Krebs out in an easy lead, but it also wasn’t to last. A conrod snapped and that was the end of their race. Three races. Three DNFs. It wasn’t looking too good for Schnitzer. With the Kremer run Porsche having refuelling issues the Hermetite car managed to keep going and British drivers Tom Walkinshaw and John Fitzpatrick took a narrow win, BMW’s first of the season. 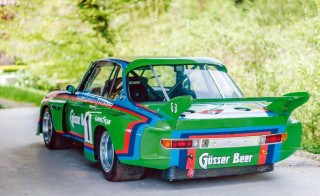 One of the most demanding tracks in the world was the scene for the ADAC 1000km, on the legendary and infamous Nordschleife circuit. The works Porsche ran away at the front of the field, the three chasing BMWs unable to get anywhere near its pace, but the complexion of the race changed when the Porsche broke a driveshaft and left BMW looking at a solid one-two-three, the Schnitzer car in third.

But first the Alpina car suffered broken suspension putting them out, and the Hermetite car lost the engine just three laps from the end. The Schnitzer team had been close three times before so it was nervous, but it duly took a long-awaited win. At the Österreichring the leading Porsche qualified a full four seconds faster than the nearest BMW on the flowing 5.9-kilometre track but again it was reliability issues that cost them the race and let Quester, this time partnered by Nilsson, to lead home a BMW one-two.

Le Mans. The biggest race of the year didn’t offer any points for the World Championship for Makes but all the top cars entered. The Turbo CSL, in the famous Art Car colours of Frank Stella, performed remarkably well keeping up with some much more high-classed machinery such as the Porsche 936 and Renualt-Alpine A442. But a fleet of cars that struggled with reliability issues in six-hour races didn’t have much prospect of doing too well in one four times as long. Still, the Turbo car retiring while third and the Schnitzer one while eighth was still regarded as a strong showing. BMW would have to wait until 1999 for its time to come – so far its only Le Mans win with the V12 LMR. 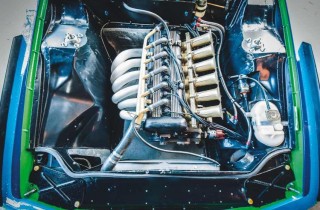 The only race outside Europe, at Watkins Glen in the USA, proved to be a Porsche domination that even Ronnie Peterson, at that time an eight-time Grand Prix winner, couldn’t do anything about. He came in fifth. But the archaic scoring system only gave points to the highest finishing car from either manufacturer so because of its mid-season wins BMW was still in with a shout at the championship at the season ending race, the 6 Hours of Dijon in France. BMW entered the turbo CSL again, now with stronger transmission to better cope with the massive power output. It led away, as expected, and settled down to set the same pace as the Porsches behind, but it didn’t last as even the strengthened differential was blown to pieces. With Porsche taking the top four places the championship was over in a puddle of metal shard-filled differential oil. The Schnitzer car holds the accolade of being the highest scoring BMW of the year.

With the CSL now an obsolete model work had already begun on the new 320 Turbo cars and all of the ‘76 racers was sold on to private teams. The now ex-Schnitzer car spent 1977 in the German Championship driven by Sepp Manhalter for the Memphis Racing Team in white with the red and two-tone blue stripes and won the Havirov International race in the Czech Republic. But at the end of the year a wealthy Indonesian businessman came and made an offer for the car that the team couldn’t refuse. It was airfreighted to Asia where it was repainted again, this time with Bentol cigarette logos and driven in the Indonesian Grand Prix, which it won. But in 1978, running over a high curb cracked the sump and the resultant oil loss was bad enough to seize the engine. Spare parts and local mechanics that could work on such a car were understandably hard to find in the Far East so it was pushed into a barn… where it stayed until early 90s. This could easily have been a tragedy as the hot, humid climate could have rotted the car beyond recovery. But while it was in a bad condition when it was accidentally rediscovered the fact that it was parked up and abandoned when it was less than three years old meant that it was completely original. Only the paint had been changed.

Englishman Tony Walker found the car by accident while looking at another car stored in the same shed. The locals knew it was there but didn’t have any idea what it was, just thinking it was something someone had made… because who would put such an insane body kit on a race car. But under the dust Tony knew what it was. Unfortunately the barn find of a lifetime wasn’t a fairytale as despite doing nothing apart from letting it slowly decay its Indonesian owner didn’t want to sell it, and it took almost another decade before he finally gave in and let Tony take it back to Europe where it could be brought back to life.

Understandably after so long in the tropical climate all the rubber and magnesium parts had perished, although this would be the same on any car left untouched for so long. The rebuild was thorough and painstaking and took six years but the end result is one absolutely stunning car. And a very original one. The engine was repairable, the only damage on any of the bodywork was at the front splitter, damaged in the same curb bashing incident that cracked the sump. Back in the original Gösser Beer colours Tony didn’t drive the car very much, but when he did it was in events worthy of the of car’s status, the 2006 Goodwood Festival of Speed and two times at the Le Mans Classic, but Tony is first and foremost a rally driver so now it’s looking for a new owner.

Maybe the next person to take the title deeds will demonstrate it at classic events or maybe it will be kept in a private collection, but whatever happens to it in the near future, this is one special BMW!

The Schnitzer team had been close three times before so it was nervous, but it duly took a long-awaited win.

Even though the CSL weighed just 970kg and the naturally aspirated straight-six made a healthy 470bhp Porsche’s turbocharged flat-nose 935 put out a massive 160bhp more.