The car you’re looking at here is, in essence, doubly retro. You see, while there’s been a massive and unmissable resurgence in enthusiasm for cars which exist in the hinterland between classic and modern-classic, there is (and always has been) a hardcore of enthusiasts for whom these retro heroes have always been where it’s at. So as time creaks inexorably onward, we’re treated to a whole extra dimension of modifying; whereas once there was a polarised choice between ‘modify in the classic style’ or ‘modify according to current trends’, there’s a fresh possibility that’s elbowed its way between the two, and this fabulous blue Scirocco is a clear representative of that. This low, smooth, clean and aggressive Dub has been built in the style of the German show cars of yore, something that you would have expected to see scooping trophies back in the late-nineties and early-noughties. If you’re a regular reader with a collection of PVW back issues, dig out some mags from a couple of decades ago and you’ll find the show reports crammed with builds like this… although this is no period throwback, but is in fact a fresh new build. 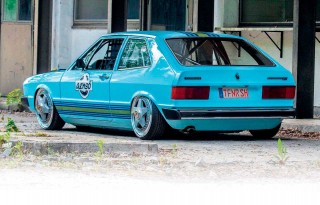 All of this has been a long time coming for Sebastian Berndt, who got his first car – a Polo – twenty years ago when he was seventeen. It’s particularly telling that his formative modding years were around the time when the scene was full of this sort of retro fare (although it wasn’t so retro then, of course!) and it was clear from the off that a Scirocco would be the endgame. “It all began when my friends started to get into cars and, naturally, I was right with them,” he recalls. “With everyone modifying their cars, it rubbed off on me. And this car is really special to me since it belonged to a good friend of mine who bought it when I was around fifteen years old. I remember going to visit him on my bike, and since day one I was so in love with this car that I said to him, if he ever wants to sell it then please think of me! Six years ago I had a phone call from said friend, who offered the Scirocco to me before anyone else.” And so, after many years of yearning, Sebastian had his dream car – everything he’d ever been planning for his ultimate build could be laid out on this blank canvas. It was just as well the Scirocco came along when it did, too… because he was on the verge of applying this dream formula to a Golf instead! 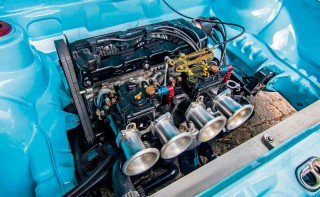 As bought, the old-school coupe was largely rust-free, which was something of an achievement in itself; indeed, Sebastian reckons it’s the only one he’s seen that’s never needed the structural attention of the welder. However, there was no interior to speak of – simply a rollcage in two parts, the front being relatively normal but the rear all welded into one piece with no nuts or bolts – although it did come with a decent pile of spares. So it was part project, part jigsaw puzzle. A solid shell is obviously the most important starting point, and with this duly secured Sebastian was able to get to work and make that dream come true: “I always had the build in my head,” he grins, “and now I was able to make it a reality.”

The project followed an interesting trajectory, as when the car appeared at its first show – Sourkrauts’ Inneres Blumenpflücken in Berlin – in 2016, it had a tidy exterior/interior combo but wasn’t actually running, it just had a show motor dropped in the bay. There was no gearbox, no exhaust, no wiring, nothing to actually make the car drivable… but this was all just part of the evolution, Sebastian testing the water on the scene, then ensconcing the Scirocco in his garage for a while so he could refine and finesse all that was to come. After a while, he and a friend tore the car down in order to add such important elements as, er, an engine and some suspension, with the aim of debuting it the following year at Tuning World Bodensee.

“I like to impress,” says Sebastian, matter-of-factly. “When I’m at shows, most people approaching me ask me in disbelief if the car actually drives; when I say that it does and passed all TUV regulations, it is impressive to them. I like that it has simplicity and style, but gives off the impression that it won’t drive! Outside of that, I have no particular style in my head, I follow my gut and do my own thing.” The engine that was fitted with the help of a buddy, Migl (real name Pascal, a mechanical engineer by trade) is a Corrado G60-sourced 2.0-litre 16v, running twin Webers and hot cams.

Getting the motor in there was a mission in itself; everything that could go wrong did, and Sebastian and Migl found themselves fabricating all sorts of bespoke bits. Impressively, the gearbox was scratch-built too: “This was more due to the fact that I think cable-controlled shift systems are ugly, so I rebuilt it to be mechanical,” Sebastian explains. “It was totally crazy, and trust me, that thought came often: we are totally crazy. Some nights we ended up at 7am with nothing done, and only the thought that we had to leave it since our heads were nowhere near where they should have been at that time of the morning. That being said, we were too far into the process to throw in the towel or to let it go. I made the commitment so I really wanted to see it through. We suffered a bit of a set-back as well since the first ’box we built was too short and couldn’t be switched; to avoid being down, we just took this one as a design sample and started again using our self-created pattern to replicate and know where to add and elongate our rods and bars.”

This level of attention to detail, spirit of endeavour and unwillingness to compromise can be found throughout the build. Off-the-shelf Air Lift suspension kits are available for this generation of Scirocco, but that wasn’t enough for this guy. No, he swapped out the shocks for different ones, shortening front and rear by a further 7cm to get the car sitting crazy-low. 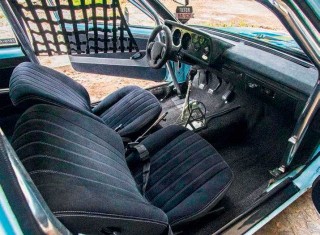 When it came to the innards, the idea was to evolve the original interior rather than radically rework it, so the stock seats have had their headrests binned before being retrimmed in leather along with the dash. The rollcage has been perfected, and the towering gear shifter acts as a keen statement of intent. Oh yes, and of course there’s a knitted loo-roll holder in there. Why wouldn’t there be? “That was knitted by a friend of mine who did that as a sort of distraction during sick days,” Sebastian explains. “He’s fine now! And to be fair, when I was little everyone had that in their cars. I don’t know why you aren’t seeing them in more old German cars today, but during my childhood that was something you just had to have! To me it’s a trip down memory lane every time I see it, plus it’s holding my friend in honour with giving it a space where it really belongs.”

Lavatorial accoutrements aside, this really is a fabulous fusion of show and go, all with a keen and wry eye on the show scene of the turn of the century. The way it sits ultra-low over those custom splits is eye-wateringly badass, and it’s an inspired wheel choice: “Ronal Racing was my original idea, although there was already a Scirocco with Ronal wheels at the time so that was that,” he says. “I personally always like 0” wheels, and through nepotism I made a new friend, Dirk – owner of Zero-RS Racing – whose company is based on 0” wheels. He suggested OZ Fittipaldi wheels; I like the look of them, but I redesigned to 0” and created a smaller star. The star was originally bronze, and now it’s silver which is more my style.” 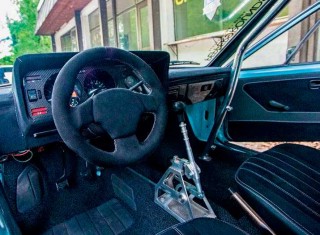 Every decision throughout this build has been carefully considered, and it’s not just in terms of choosing the right parts and making things fit in unique and unusual ways, but also in working with the right contacts to see it’s done properly. K-Tech, for example, who served up all manner of carbon fibre parts here, have made and supplied parts for some truly iconic VW builds over the years; in fact K-Tech’s owner, Michael, has one of the earliest full-on Mk1 show cars ever built – it’s orange, and sits proudly in his showroom as respectful testament to the old-school. It’s this cherished notion of doing things the old way and combining it with new-wave ideas which keeps the project ploughing onward: “They’re never finished, are they?” Sebastian laughs. “I have no particular favourite part as everything on the car is something I’ve always wanted to do, but it’s a project and I’m still working on it. Most recently, with the help of a friend, I’ve created my own custom wheels for the Scirocco – yes, made from scratch, self-moulded and all…”

It seems that there really is no barrier to creativity here. With one eye on the retro scene, approached from the perspective of someone who watched it unfurl when it wasn’t that retro, Sebastian’s looped the vibe around and reimagined it for a new generation. The fun part about building your dream car is that you’re always able to have new dreams, and with every spark of inspiration comes a fresh new take: this Scirocco truly represents the ethos of ‘oldschool, new rules’.

SHOUT: Dirk at Zero-RS Racing for the wheels, and Michael Koorde at K-Tech for the carbon fibre 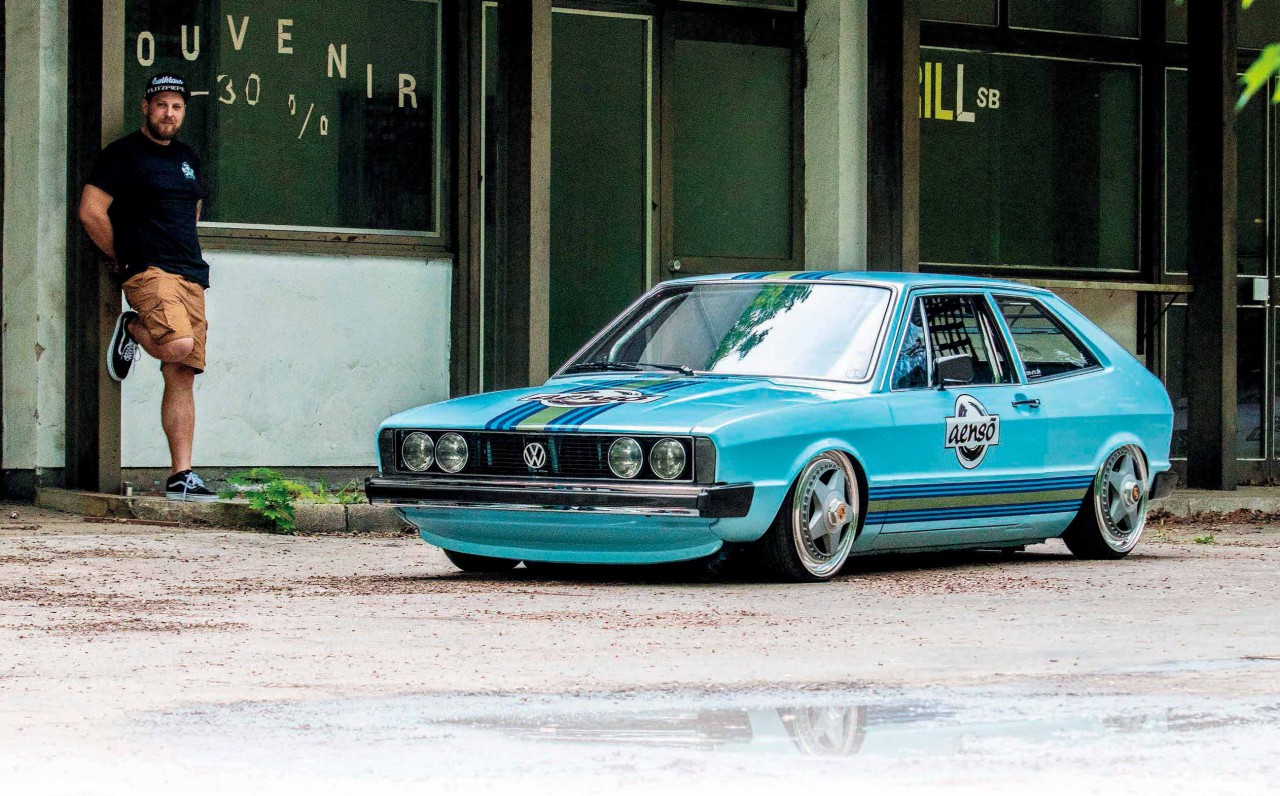 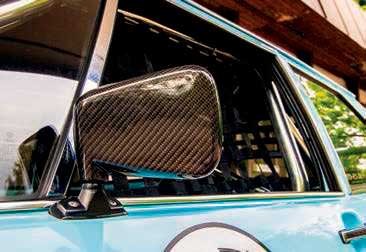 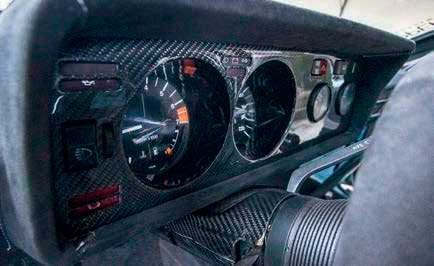 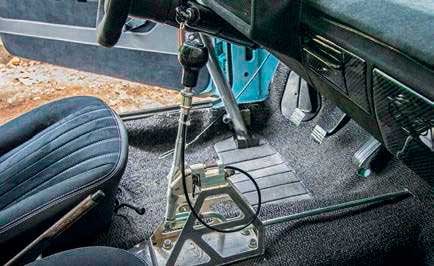 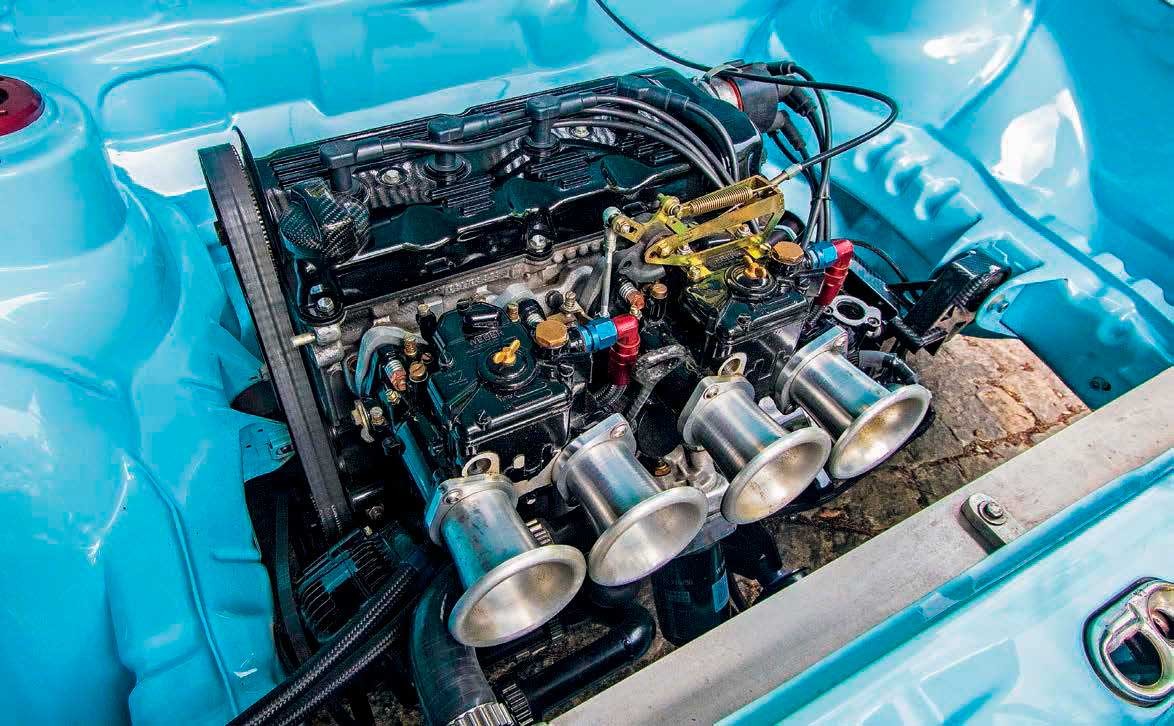 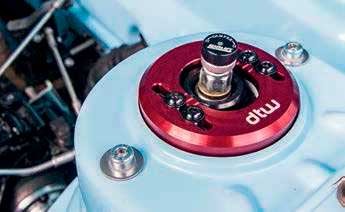 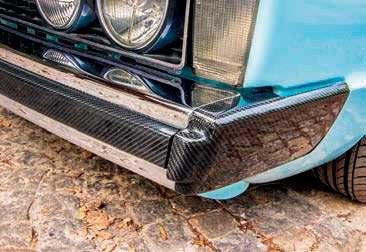 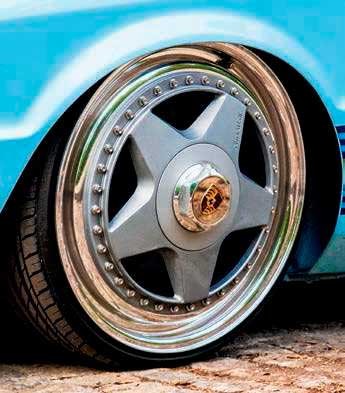 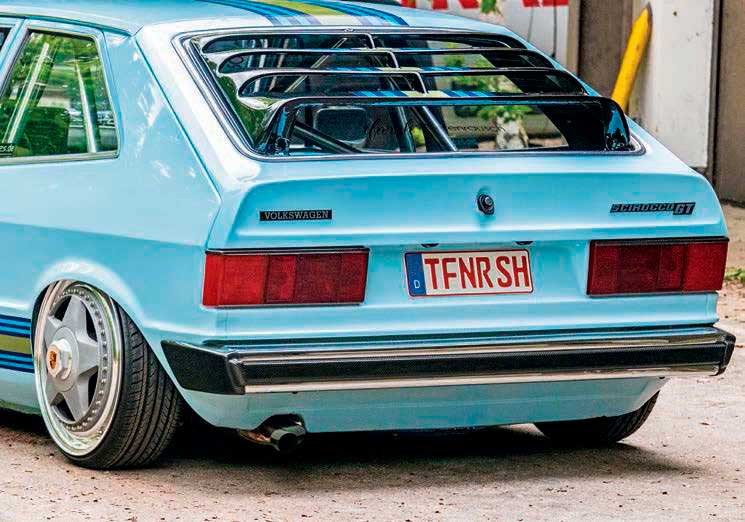 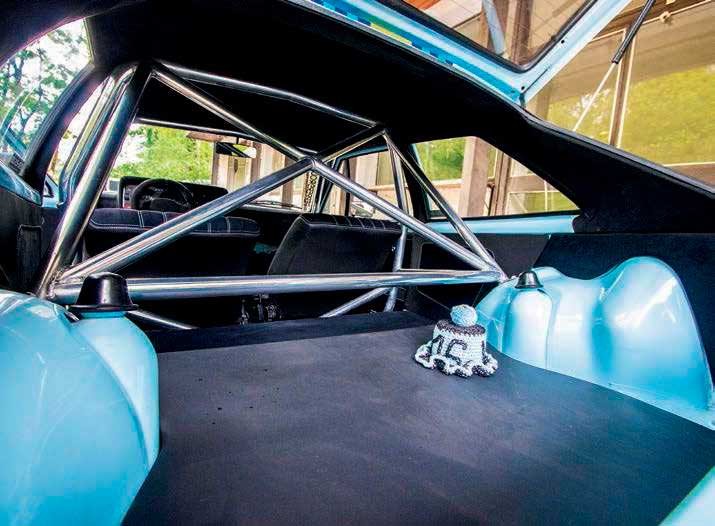 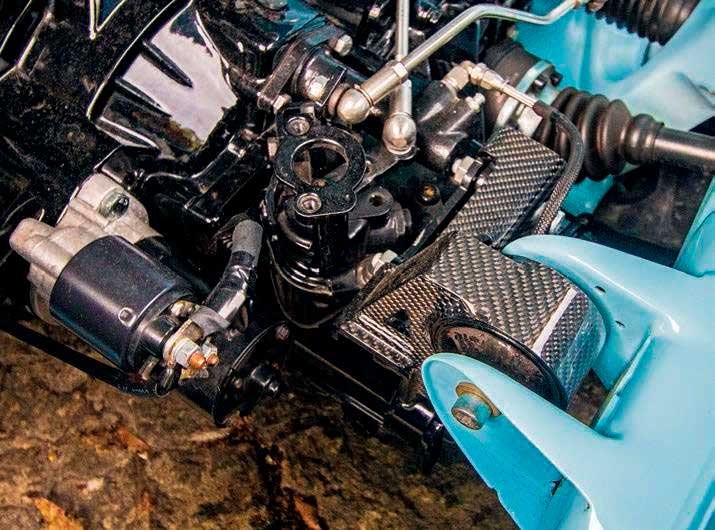 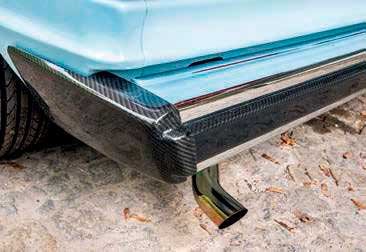 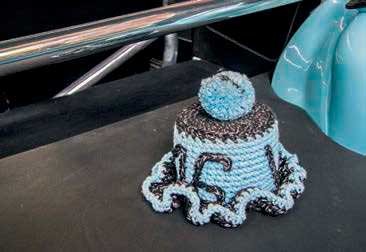 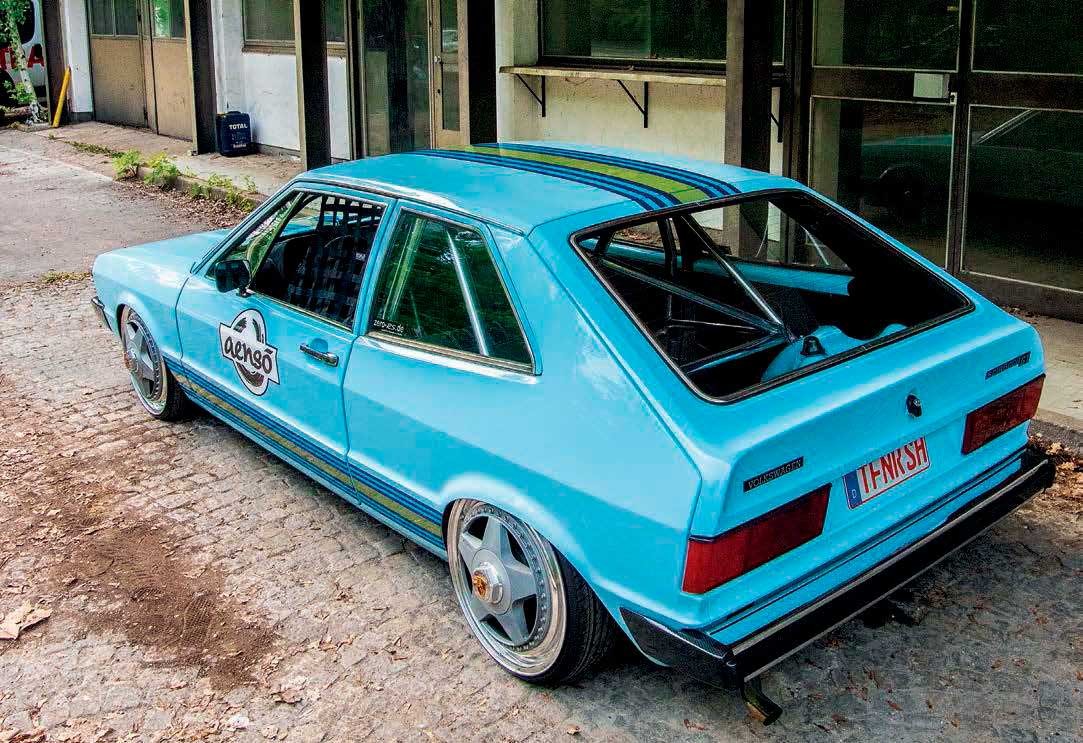 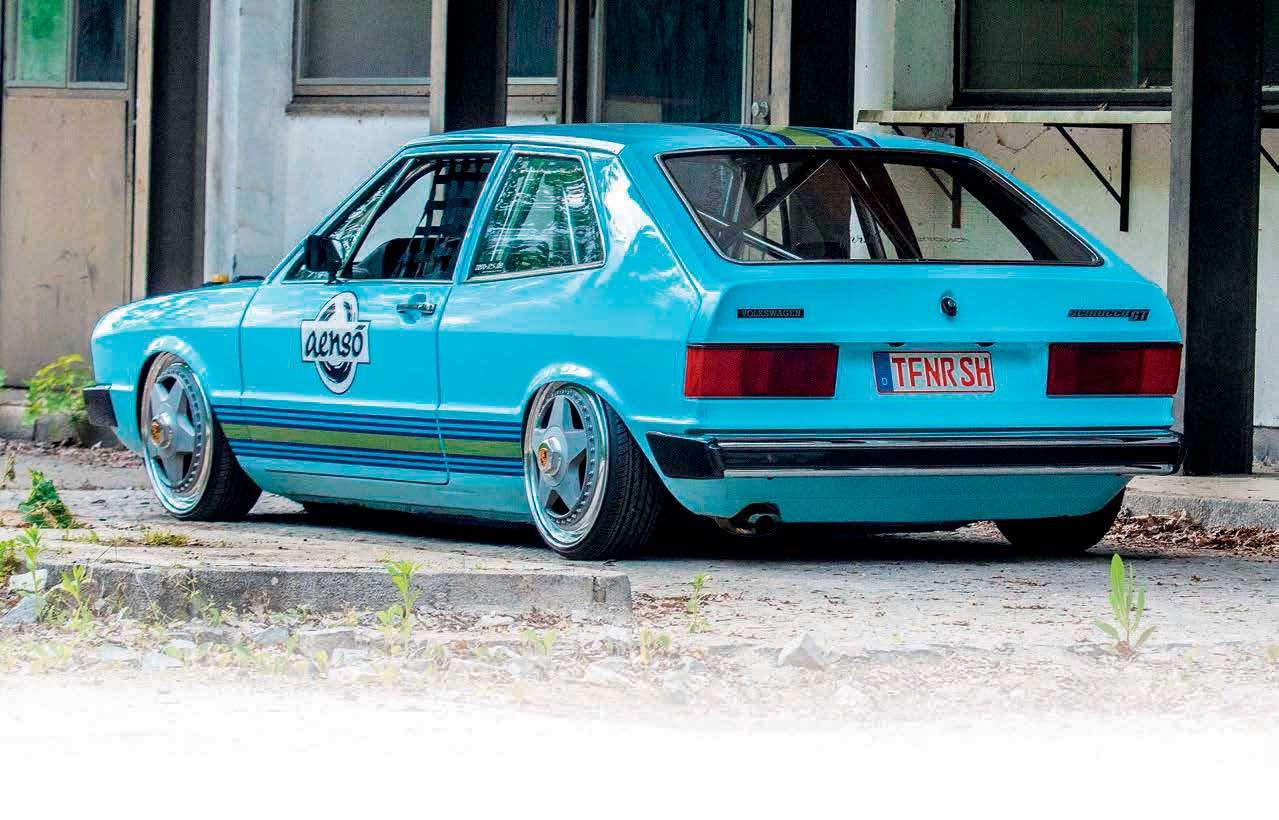 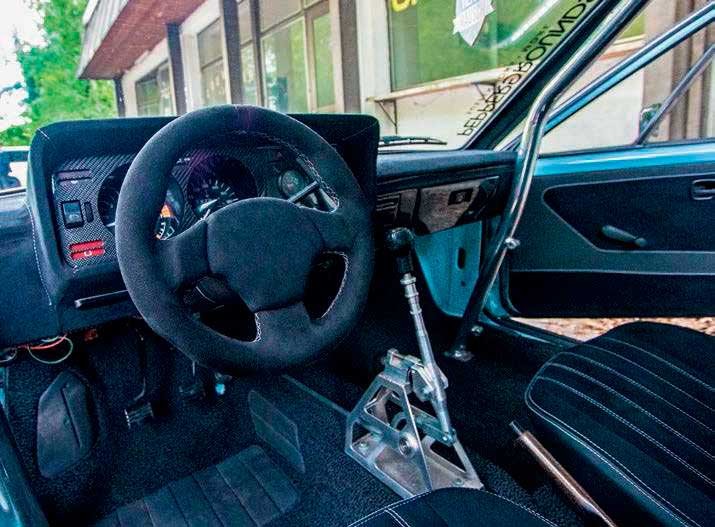 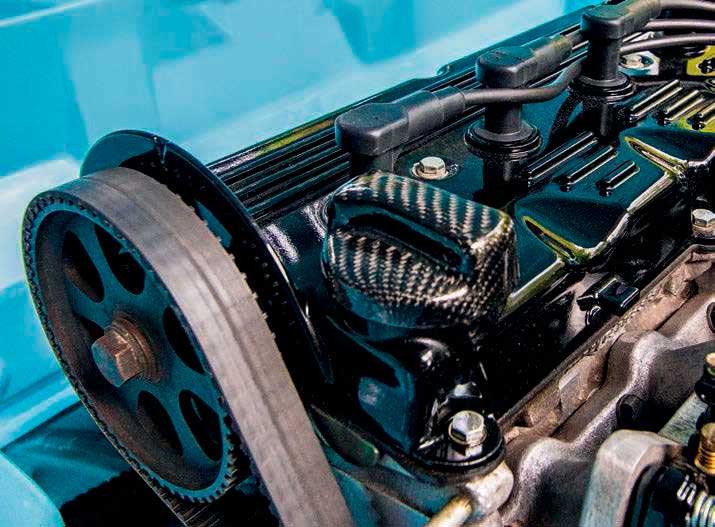 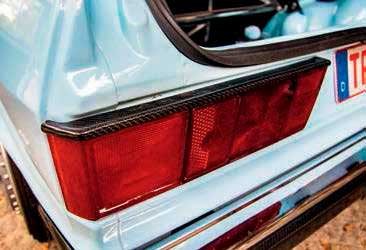 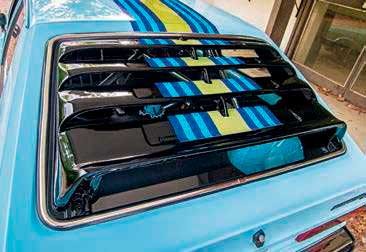 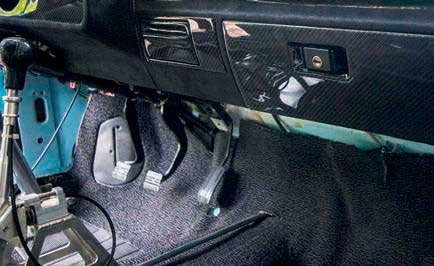 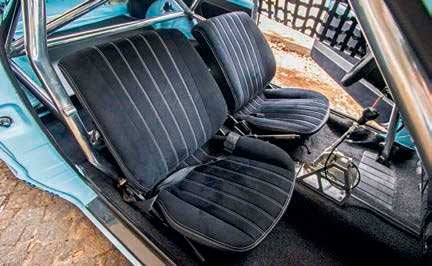 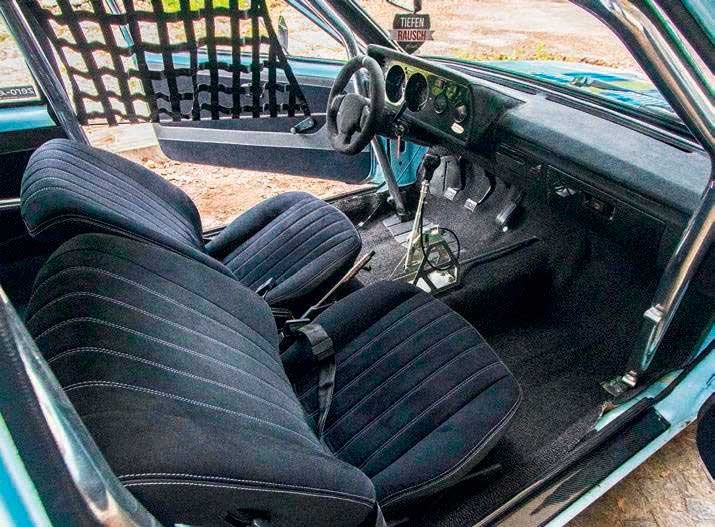 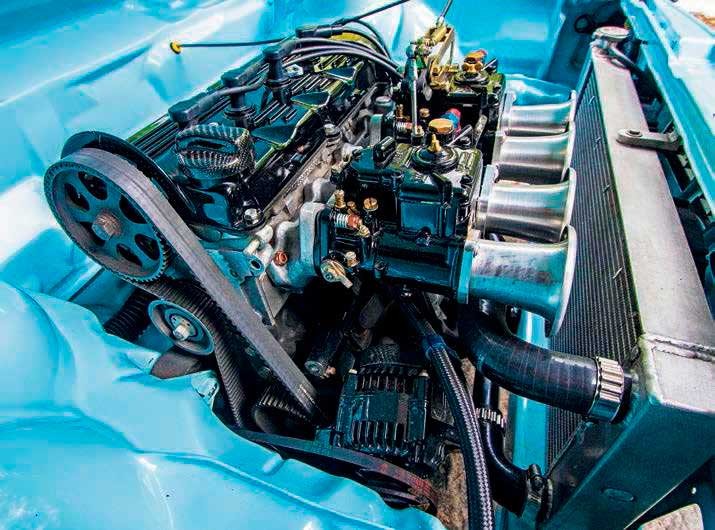