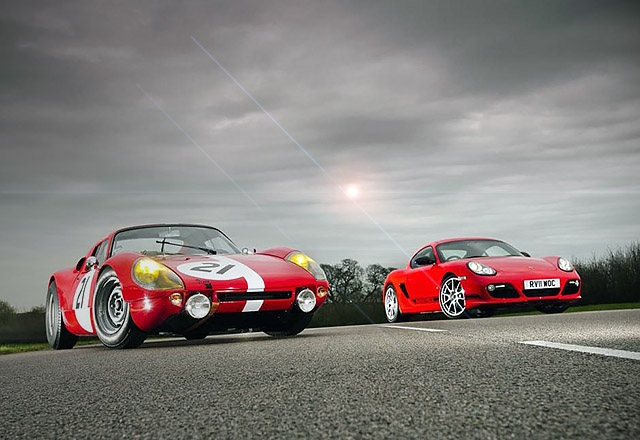 GTS family tree – it started with a… Porsche is quickly building its GTS sub-brand but the concept is nothing new, in fact it can trace its roots back half a century. Story: Stuart Gallagher.

1964 is not an unfamiliar date in the Porsche lexicon. It is the year the 911 went on sale after its debut 12 months previously. It is also, by happy coincidence, the year that the company first used the GTS moniker on one of its road cars (although this description is meant in the loosest of terms). The 904 Carrera GTS Coupé, to give it its full name, was Porsche’s attempt to build a race car that could be used for the burgeoning road racing championships that were in full swing during the Sixties. It resulted in one of Porsche’s most beautifully simplistic car designs and its lightest ever road car. Announced in November 1963 it took until the following March for Porsche to build the 100 examples required for homologation. Designed by Butzi Porsche the 904 was powered by a 1966cc four-cylinder air-cooled motor that produced up to 180hp and 144lb ft of torque and weighed just 740kg (the chassis weighed just 50kg, the glass fibre body not much more). Designed for endurance events the original GTS was fitted with a 110-litre fuel tank and a cockpit designed for functionality rather than comfort. The brakes were from the 911 and the five-speed transmission was new, as was the ZF differential. 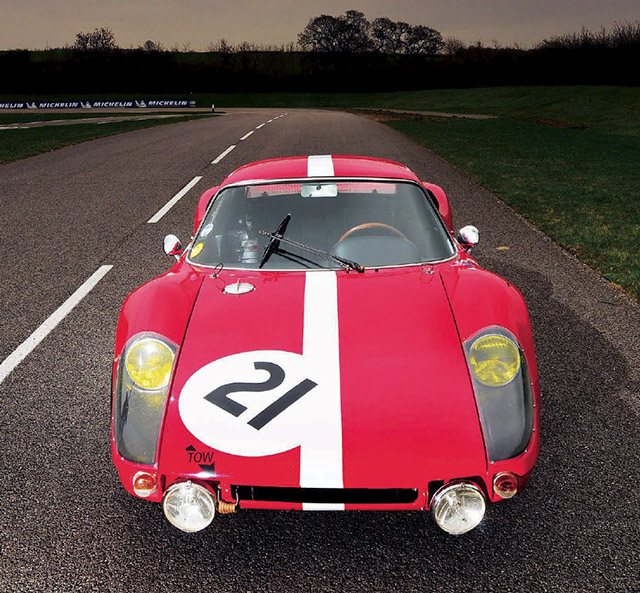 Licensed for road use the 904 GTS was primarily a race car with Porsche only homologating it for the road because that was the quickest way it could sell the 100 examples required for the car to be eligible for motorsport. From hill-climbing to Le Mans and pretty much everything in between, the 904 Carrera GTS found favour and enjoyed success with many that raced this diminutive mid-engined sports car.

It took 17 years for the GTS name to appear on another Porsche and the second incarnation was once again a motorsport homologation special. Having built 405 924 Carrera GTs in 1980 to comply with Group 3 regulations, Porsche realised that what it really needed was a more extreme version of its four-banger racer, something along the lines of the 924 prototypes that had raced at Le Mans the previous year. Back to the drawing board the engineers went and out of it came a lighter, meaner, fitter, more potent 924 Carrera GT – one worthy of the GTS badge.

Aluminium and, where possible, fibreglass replaced steel. The windscreen was thinner and the side windows made from plastic. The interior was stripped, the doorcards were simply hollowed-out plastic items and the sound deadening was left to one side. The diet resulted in 59kg of weight loss over the Carrera GT but this wasn’t the only item on the engineers’ agenda: the Carrera GT’s 2.0-litre turbocharged four also came in for some gym work. The single KKK turbo had its boost increased from 0.8 to 1.0bar, the compression ratio increased to 8.0:1. And the air-to-air intercooler was increased in size and relocated to improve its performance. The result was a 245hp and 247lb ft motor, up from 210 and 207 respectively on the GT model. With a 155mph top speed and a 6.2-second 0-62mph time it was also 6mph and half-a-second quicker, too. Just 59 examples of the 924 Carrera GTS were built and all were sold through the Weissach Motorsport department at £35,000 a pop.

In 1992 the GTS name debuted on its first series production Porsche, the 928 GTS. The final evolution of the V8 coupé, the GTS, introduced wider rear wings, a body-coloured rear spoiler, full width rear reflective light band and new Cup Design 17-inch wheels. Performance upgrades included larger 332mm ventilated front discs and a host of upgrades for the V8 motor. Chief amongst these were a new crank and rods to increase engine capacity to 5397cc, four-valve cylinder heads, LH jetronic fuel injection and a new induction system. The results were 350hp and 369lb ft (up from 330hp and 317lb ft). Production continued until the 928 was retired in 1995, with 2831 GTSs built.

Following the motorsport specials and the mighty 928 the GTS trail went cold for a dozen years until resurrected the name for… a Cayenne. Based on the Cayenne S the GTS featured the same 4.8-litre normally aspirated V8 petrol engine but with a revised intake manifold and throttle butterfly resulting in an extra 20hp (405hp) to help shift the 2225kg SUV. A shorter final drive ratio in either the six-speed manual or optional Tiptronic gearbox was fitted to help shave half a second from the 0-62mph time. Visually the front and rear arches were wider than on a regular Cayenne and you could order one in Nordic gold. In 2012 the GTS returned to the price list, this time with an additional 20hp than a Cayenne S, 20-inch wheels, PASM, a sports exhaust and lashings of Alcantara. At 2085kg it weighed nearly three times as much as the original 904 GTS.

You may have detected a pattern emerging here, so you won’t be surprised to hear 12 months later the Panamera got the GTS treatment: 30hp and 14lb ft increases for the 4.8-litre V8, brakes from the Panamera Turbo and a sport design body kit and fake suede for the interior completed the package. As a two-tonne, four-door saloon car goes, it was Porsche’s best. Which is why the GTS appeared immediately on the revised Panamera price list 12 months later.

This quartet of GTS models couldn’t be further from the original GTS DNA if they tried; in 2011 Porsche made the GTS a mainstay of its sports car ranges, too. That year it delivered the simply brilliant Carrera GTS. The formula was close to that of the limited run Sport Classic, comprising the wider body of the Carrera, rear-wheel drive and the factory’s 408hp Powerkit upgrade for the DFI 3.8-litre flat-six. And you could have a coupé or cabriolet. The detailing was subtle, the 19-inch RS Spyder alloys with centrelock tech less so. And from the factory the car came with no rear seats (although in some markets, such as the UK, they were part of the standard trim). Alcantara and leather trimmed the interior but this was more than a parts bin special, it was sensational. The engine demanded to be worked hard in order to benefit from the extra power available, which in turn made you drive this 997 less like a Carrera and more like a GT3. With a six-speed manual gearbox (PDK was optional) it was a brilliant car on which to sign off the 997. Except it wasn’t the last, the Carrera 4GTS that arrived six months later was.

And, of course, you can now buy a Boxster GTS or a Cayman GTS – models that follow the recipe of the Carrera GTS more than they do the Cayenne’s and the Panamera’s, and after a brief drive on their international launch and a few laps of Porsche’s Silverstone test track, we can confirm that the GTS name has gone back to its roots.

As with all GTS production models the Panamera variant in 2012 was the best in the range; new Cayman GTS (and Boxster) both follow that trend.

Opposite page: The 904 Carrera GTS is where it all started. This page, top to bottom: 924 Carrera GTS was another motorsport special; Cayenne GTS was the second series production car to use the name since the 928 in 1992. 997 Carrera GTS and 4GTS were the brilliant examples of the breed.