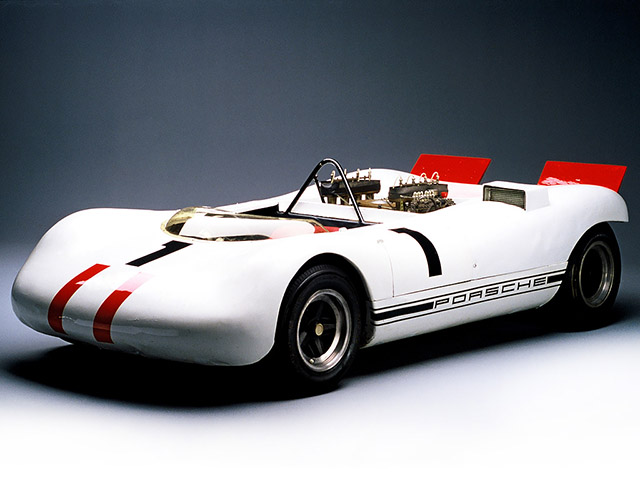 909 Bergspyder In the 1960s hillclimbing was big business with manufacturers going to extreme lengths to be the quickest up the hill. For Porsche this meant building the remarkable 909 Bergspyder. The hills are alive… …to the sound of the lightest and the most extreme race car Porsche ever built, the 909 Bergspyder. Story: Andrew Frankel. Photography: Porsche Archive.

That do you know about beryllium? Before starting work on this story I knew it was the fourth element in the periodic table and that thanks only to an astonishingly vulgar mnemonic learned at school to help me pass O-level chemistry. I also knew some F1 teams used it in their engines until it got banned. But that was about it, save for the inkling of a memory lodged deep in my brain that Porsche once used it for the brake discs of one of its least remembered, but most extraordinary, racing cars. 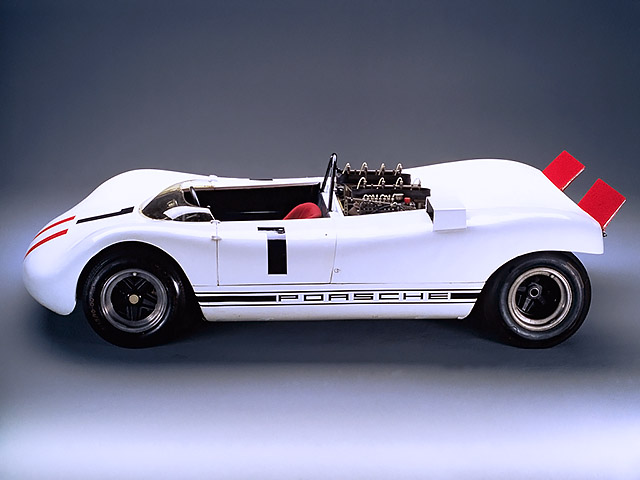 So I did a little light digging and was soon able to see not only that Porsche did indeed use beryllium but also why it stopped. Beryllium is strong, incredibly light and possesses thermal properties perfect for what Porsche had in mind for it. It only had two drawbacks, by far the smaller of the two was it was spectacularly expensive – a five figure sum per disc in today’s terms. Rather more inconvenient was the fact it came with a chance of killing you.

Like other metals used as braking materials, beryllium discs give off dust under heavy use. Unlike other metals however, if you are exposed to sufficient quantities of beryllium dust, it can have life-compromising or even life-terminating pulmonary consequences. Which is why it is now labelled as a category one carcinogen alongside other such substances as asbestos, benzene, mustard gas, radium and plutonium. 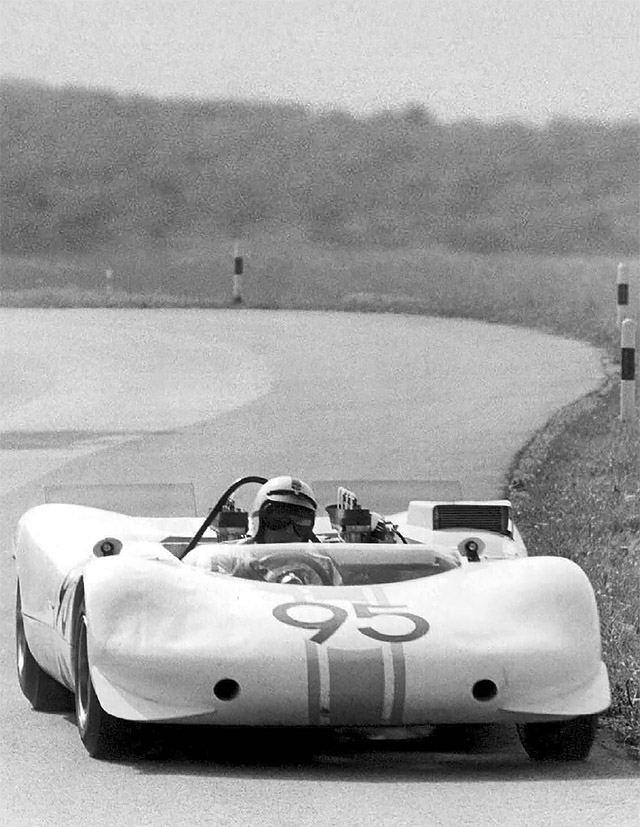 Why the science lesson now? Because it provides an insight into a way of thinking at Porsche and into the mind of one man in particular, the result of which was the Type 909 seen in these pictures, probably the most micromanaged, obsessively designed car of its era and perhaps any other too. You may or may not know it better as the Bergspyder.

Back in 1968, hillclimbing was a rather different sport to that enjoyed today. Today’s hillclimb cars are monstrously quick, but really rather simple devices. Last year I met the 2012 British Hillclimb Champion and had a look around his car that was based on a proprietary chassis costing £20,000 and turned into a hillclimb car in his single car garage. In 1968 it was a sport the world’s best race teams took as seriously as Formula One. Indeed, the very reason the Bergspyder was commissioned was to counter the latest works Ferrari hillclimber that, in the event, didn’t turn up. 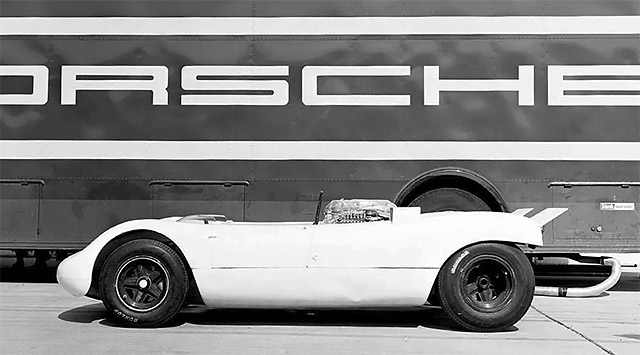 It was a sport Porsche had come to dominate, thanks in no small part to its specialist hillclimb driver Gerhard Mitter, a former motorcycle racer who fought off stiff competition from the Scuderia to collect a hat-trick of hillclimb championships from 1966-1968. But Ferdinand Piech was never known as a man keen to sit on his laurels and ordered that a brand-new hillclimb car, lighter even than the bantamweight 910 that had been used to date, be created.

A modern Formula One car weighs 691kg, a front-running Le Mans racer no less than 900kg. By the time the Bergspyder was finished, it tipped the scales at 385kg, which if it were entered for a world’s heaviest human contest, would not see it past the qualifying rounds. It seems barely believable that any car with a chassis, engine, gearbox, brakes, suspension, bodywork, wheels, tyres and ancillaries could weigh so little even today. But this was a car designed 46 years ago and powered by an eightcylinder 2.0-litre engine whose design was already six years old. 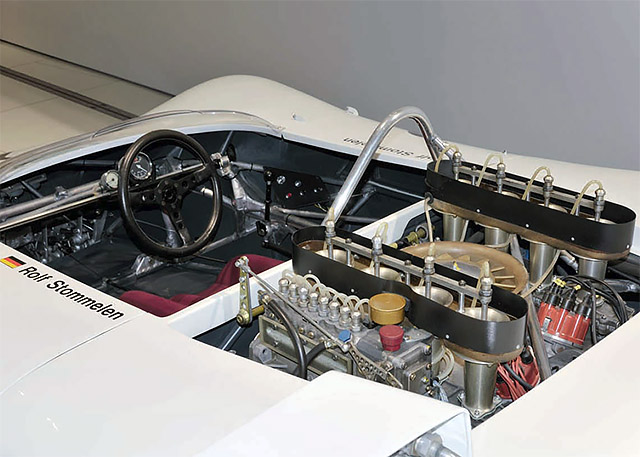 The question is, how did it get that way? There is no simple answer unless you’re happy with ‘maniacal attention to detail’. Thought not. So we’ll start with the chassis. This was made from a spidery lattice of aluminium tubes. That’s aluminium, not steel. They were light, but not strong. Earlier in the year, the previous 910-based Bergspyder had driven off the road at the Rossfeld climb with Italian superstar Ludovico Scarfiotti at the wheel and flown into the trees. He was the first person ever to be killed driving a factory Porsche. Rolf Stommelen broke his arm in another at the same event. 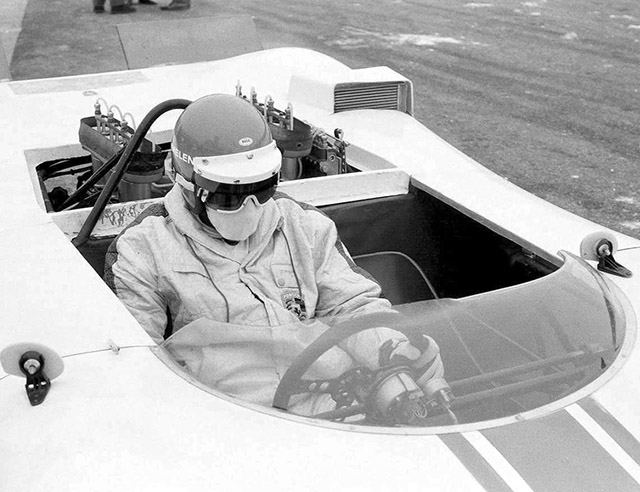 There wasn’t much that could be done about the engine, which had been conceived for the 1962 Porsche 804 F1 car. Porsche had already prised as much power (275hp) as was possible from its two-litres and done as much as it could to eliminate the need for ancillaries.

It had, for instance, no alternator and a battery containing only enough power to provide sparks for one run up any given hill. But its location could be dramatically improved to make it better suited to the twists and turns of the hillclimb discipline. Putting the gearbox between the engine and final drive might sound like simply commonsense these days, but it was fresh thinking in 1968 and allowed Porsche to put the major mass of the car almost at its very centre with front and rear balance provided by, respectively, the driver who sat so far forward the front suspension anti-roll bar passed above his thighs, and the five-speed gearbox. If you go to the Porsche museum and peer into one of only two Bergspyders ever built, you will goggle at the seating position and, particularly, the location of the driver’s feet relative to anything it might hit. In essence, the front crumple zone was your ankles. 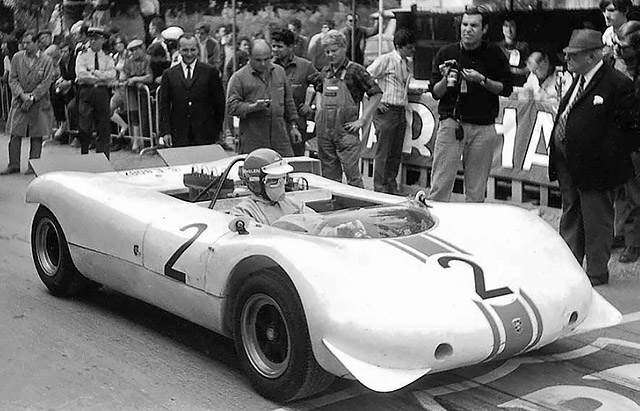 Rolf Stommelen was handed the task of competing with the 909 Bergspyder, racing the car in only two competitive hillclimbs, finishing third and second.

Pushing everything so far forward not only centralised mass to improve weight distribution, but as the driver’s lower limbs simply stuck ever further out into the front overhang, the entire car could be abbreviated, so the tiny 910 begat a barely-there 909, with a midget wheelbase and bodywork just 3447mm long, making it almost an entire metre shorter than a new Boxster despite their shared single row seating and midengined configurations. Of course the shorter the wheelbase relative to the track, the less stable the car would be but that is precisely what Porsche wanted: stability is the enemy of agility and of all the tools you need on the hills, agility is the most important of all. So the company pumped out the track as far as it would go too. So once Porsche designed plastic bodywork as thin and light as it could be, that might have seemed to be it. A light chassis with a light body driven by an engine shorn of as much weight as possible and placed in the theoretically optimum location. In fact Porsche was just getting started… 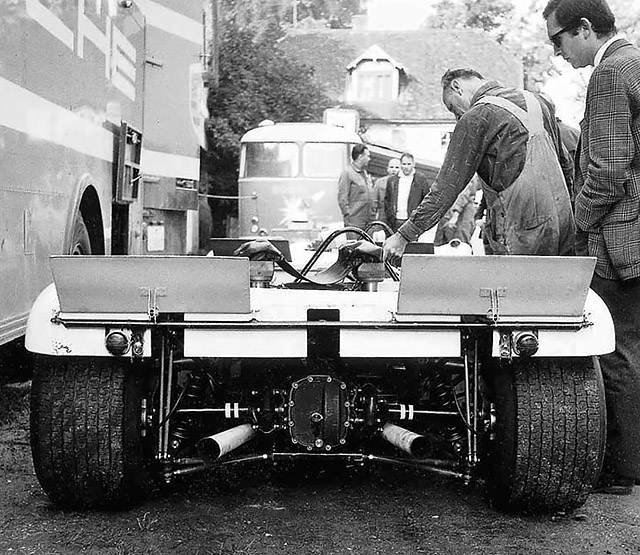 The beryllium discs were actually first trialled on the 910 because, according to Karl Ludvigsen’s ‘Excellence Was Expected’, they reduced the weight of a disc from 3.23kg for conventional cast iron, to just 848g. Multiplied around the car that not only saved nearly 10kg, it was nearly 10kg of unsprung mass – the pantomime villain of chassis engineers.

It was not the only exotic material used on the Bergspyder. The suspension springs were made from titanium, which is as strong as steel but nearly half the weight; almost unbelievably, the wiring loom was made from silver because it was lighter than conventional copper. Piech also got to thinking about the fuel system. Clearly the Bergspyder didn’t need a very big tank (it carried just 15 litres of fuel in the end) but it still needed to be pumped through to the engine, a process that conventionally would require a heavy fuel pump. Piech’s solution was to put the fuel in a rubber bag and encase that bag in a titanium tank that was then filled with pressurised nitrogen, forcing the fuel through to the engine and negating the need for the fuel pump.

He wasn’t quite done, even then. There are stories of Piech prowling around the Bergspyders during their assembly pointing a magnet at every nut and bolt in its assembly, just to make sure none was made from anything as heavy and unsuitable as common-or-garden steel.

In theory it should have been unstoppable. Despite being launched in 1967 the much-feared Ferrari 212E Montagna the Bergspyder was designed to combat simply failed to materialise. But despite Mitter being amazed by the car in testing, at its hillclimb debut, he chose instead to drive his old 910. This left the new Bergspyder to the now recovered Stommelen who discovered that using nitrogen as a delivery mechanism for fuel left little to be desired and could only manage third place, cheerfully describing the car as “lethal at high speeds”. Perhaps this is why he could still only manage second at Mont Ventoux, once more behind Mitter, despite using a conventional fuel pump.

And that was that. The season was over and the Bergspyder never raced again. Had there ever been a plan to race it in 1969, the need to turn all available racing resources to creating the fastest sports racing car the world had ever seen soon put paid to it. Porsche did not enter the 1969 European Hillclimb Championship, preferring instead to stun the world with the 917.

It is a shame for a couple of reasons. First and most obviously the Bergspyder was never able to show its true potential. It was completely undeveloped and as Porsche (and John Wyer) would show by transforming the 917 from what Richard Attwood has called “the worst racing car I have ever driven to the best” over the course of one winter, it could have been an entirely different machine in 1969. And then there’s the Ferrari. The 212E Montagna duly turned up in 1969, entered nine of the ten championship rounds and with Peter Schetty driving and won every damn one of them.

A modern F1 car weighs 691kg. By the time the Bergspyder was finished, it tipped the scales at 385kg. 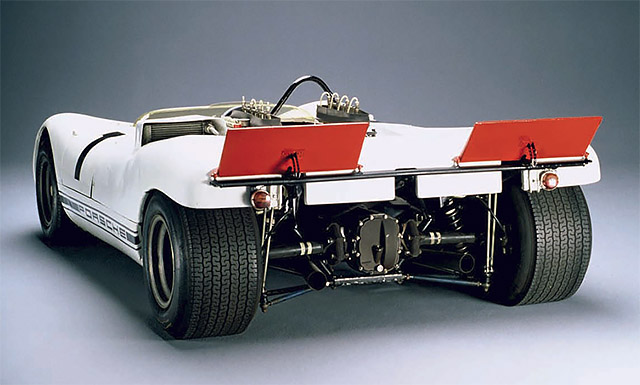 The lightest race car Porsche has ever made is a metre shorter than a 981 Boxster. Its 2.0-litre eight-cylinder engine was donated by Porsche’s Formula One race car.

How would it have fared against the Bergspyder? Well there’s little doubt the Ferrari would have had more power, some claim as much as 320hp from its 2.0-litre flat-12 motor developed at 11,000rpm, but something closer to 300hp is probably more accurate. Then again, the Bergspyder was also considerably lighter, the Ferrari’s weight being judged at around 500kg. Given that power only helps you accelerate while low weight is equally good at making a car slow or go around a corner, my money would have to be on a fully developed Bergspyder.

But the truth is no one knows and no-one will ever really know unless Porsche brings one of the only two Bergspyders ever built to Goodwood and times it against the one and only 212E ever created. That sight alone is one I would pay to see.