Owner’s view: X5M Alan Wilson reflects on his experiences with this mighty SUV

There’s always something particularly exhilarating about uphill acceleration in a powerful car. The extra effort required to pull a large chunk of metal – and its occupants – up an incline at an everincreasing rate, adds something to the whole experience of playing with the power in a fast car. 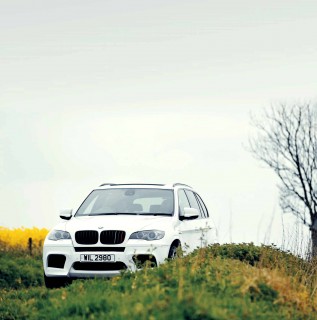 Such was the case as I barreled up a longish hill on the outskirts of Shaftesbury, with Alan Wilson at the wheel of his muscular, 2010 BMW X5M E70 . With a few stragglers effortlessly despatched as we roared towards the red line in M Sport mode, it was clear that this car was deceptively quick, and I was – in that moment – acutely aware of the pleasure Alan gleans from such impressive performance.

But BMW hasn’t always been as close to Alan’s heart as it now is and it’s fair to say that he was a relatively late arrival at the ownership party, as he explained over coffee in his garden office. “I should admit right from the start that I haven’t always been BMW through-and-through; for the first part of my motoring life I owned and ran a succession of 12 Renaults. There, I’ve said it!

“But, as my business developed, and I worked my way up the French manufacturer’s model range, I reached the point in the late 1990s when I decided I’d like a new, top-of-the-range Safrane. These cost about £30,000 at the time, but were in ridiculously short supply from Renault UK. So, because both my business partners ran BMWs, they convinced me that I’d be better off with a 520i.

“I was hooked immediately, and liked everything about the car, despite it ‘only’ being a two-litre model. The smoothness of the six-cylinder engine really appealed, even though I felt it was somewhat underpowered for the size and weight of the car.

“I ran that car for nearly two years and 70,000 miles, then decided that it would make more financial sense to buy a Belgian import. I’d seen an advert from a company offering imported German marques for sale, at prices that excluded VAT and car tax. So I was able to buy a brand new 2002, 530d Sport for £26,000 – a whopping £10,000 saving on the UK forecourt price.”

“That was an absolutely super car, and really cemented my relationship with the brand. I ran it for seven years and covered 350,000 miles! What’s more, it’s still going strong today, somewhere in Somerset. The whole experience brought home to me just how well BMWs are engineered and put together. Even at the end, after all those miles, the car was still running perfectly, and there wasn’t a rattle or squeak to be heard. 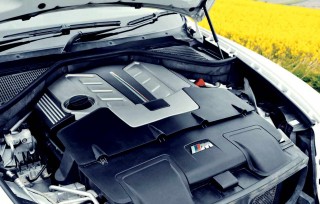 “To begin with the car was maintained at the BMW main dealership in Salisbury, but then I noticed that a more local garage – Eden Motors, in Yeovil – was working on a lot of BMWs. The owner also ran an Alpina B10, and his son had an M3. Talking to them, I discovered that they had BMW-trained technicians, but charged an hourly rate that was one third that of the main dealer. So I took the plunge, broke away from the dealership network and, to be honest, haven’t looked back since.

“I traded up to a two-year-old 730d next, which I kept very successfully for four years. When that one moved on (sold to a friend) it had covered 220,000 miles, and was replaced by another 730d, which I still have today. This vehicle came from Stratstones in Doncaster, and was just over two years old when I bought it. The depreciation on it meant that it cost just about half what it did when new, and I’ve now covered almost 100,000 luxurious and essentially trouble-free miles in it.”

But it was over that same weekend, back in 2014, when motoring in the Wilson household became even more interesting. As Alan admits: “We went a bit mad, and bought the X5M. It was actually for my wife, Sharon, and we got it from Maranello Cars in Nottingham, calling in there to collect it on the way home from Doncaster!

“Sharon, after years of running a V6 Renault Espace, fancied an X5 and, because she doesn’t do the sort of miles that I cover, we thought we could justify the top-spec petrol model rather than a diesel-powered version. 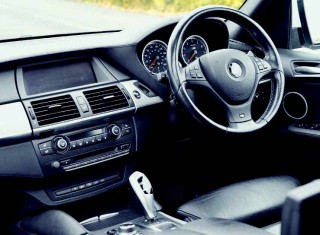 “We hadn’t been specifically looking for an X5M, but it rather jumped out at us! Also, I have to admit that the more I researched the model, the more I wanted one. The relative rarity, the performance and the sheer road presence of the car were all appealing aspects. The one at Maranello was a 2010 model in Alpine white, so was four years old when we bought it, and had 61,000 miles on the clock.

“The journey home to Dorset was a bit of an eye-opener for Sharon. We drove in convoy, and all I could see in my rear view mirror was the smile on her face! She was blown away by the power of the engine and, to begin with, was quite wary of the accelerator pedal. Once we got home my son, who is a mechanic, pointed out that she’d driven home without even touching the ‘M’ button on the steering wheel, explaining that pressing that would really bring the car to life, with more sound and excitement!”

“Since then we’ve put an additional 20,000 miles on to that total, had lots of fun and had it confirmed that these machines aren’t cheap to run. Nevertheless, despite the performance and M-car specification, it remains an utterly practical car that we use on a daily basis. In a sense, it’s a working 4×4 for us, used routinely for shopping, taking rubbish to the dump and carting the dog around.

“The performance, while blistering when you want it to be, is utterly controllable and, therefore, not in the least bit intimidating. You drive it exactly as you want to; it’s as simple as that. For a big, ‘tall’ car, I’m constantly amazed at the body control and stability at speed it displays. The suspension, while inevitably on the hard side, does a fantastically reassuring job. 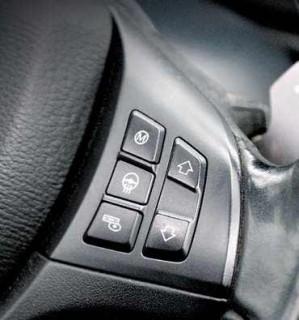 “In practice, of course, the X5M’s abilities far exceed our reserves of courage, when it comes to fast driving. We don’t thrash it by any means, but do enjoy the odd blast, when circumstance allow! It’s particularly well suited to the regular trips we make to the Alsace region of eastern France; it really comes into its own on that sort of long-distance journey. “As with all high-spec BMWs, speed can be very deceptive in the X5M; even with gentle acceleration you find yourself above the legal limit in no time at all. So it’s important to stay aware and vigilant because the sensation of speed is so well disguised, such is the quality of the vehicle.

“Ultimately, of course, I appreciate that this car doesn’t make a lot of sense in economic terms but, as things stand, I can overlook that simply because it’s just such a great car to own and drive. We went into ownership with our eyes wide open. After all, let’s face it, you don’t buy a car with a 4.4-litre, twin- turbocharged, V8 engine, if you’re going to agonise over fuel consumption.

“Other factors, such as the tyres, brakes and, of course, servicing, are more expensive than with a more ‘ordinary’ model but, once again, if you’re expecting it, then it’s not so bad. As such, I don‘t regard these aspects as actual downsides to owning the car.

“The only mechanical issue we’ve had so far has concerned the fueling. The problem was flagged by the engine management warning light which, when investigated, suggested a fuel injector problem. I’ve been told that these are something of a weak spot for BMW, and that thousands are being replaced annually. In my case, three were indicated as being faulty, and so I suggested that having all eight replaced might be sensible. But, when I discovered that they cost nearly £300 each, I changed my view and settled for just the three!”

As far as the future is concerned, Alan and Sharon have no plans to sell the X5M, although the dealer they bought it from has already asked to have first refusal if they ever do. Alan admits that it’ll probably have to go at some point but the issue then would be what to replace it with; after all, where do you go from the X5M? 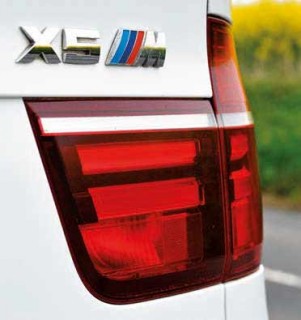 In the meantime, the couple are simply looking forward to the continued pleasure that ownership – and that intoxicating engine – brings them both.

The X5M’s road presence was one of the aspects of the car that really jumped out at Alan.

Despite its weight, the X5M’s sports suspension minimises body roll and copes with the car’s bulk admirably.

Alan is a confirmed BMW enthusiast nowadays, having covered over 450,000 miles in various models!