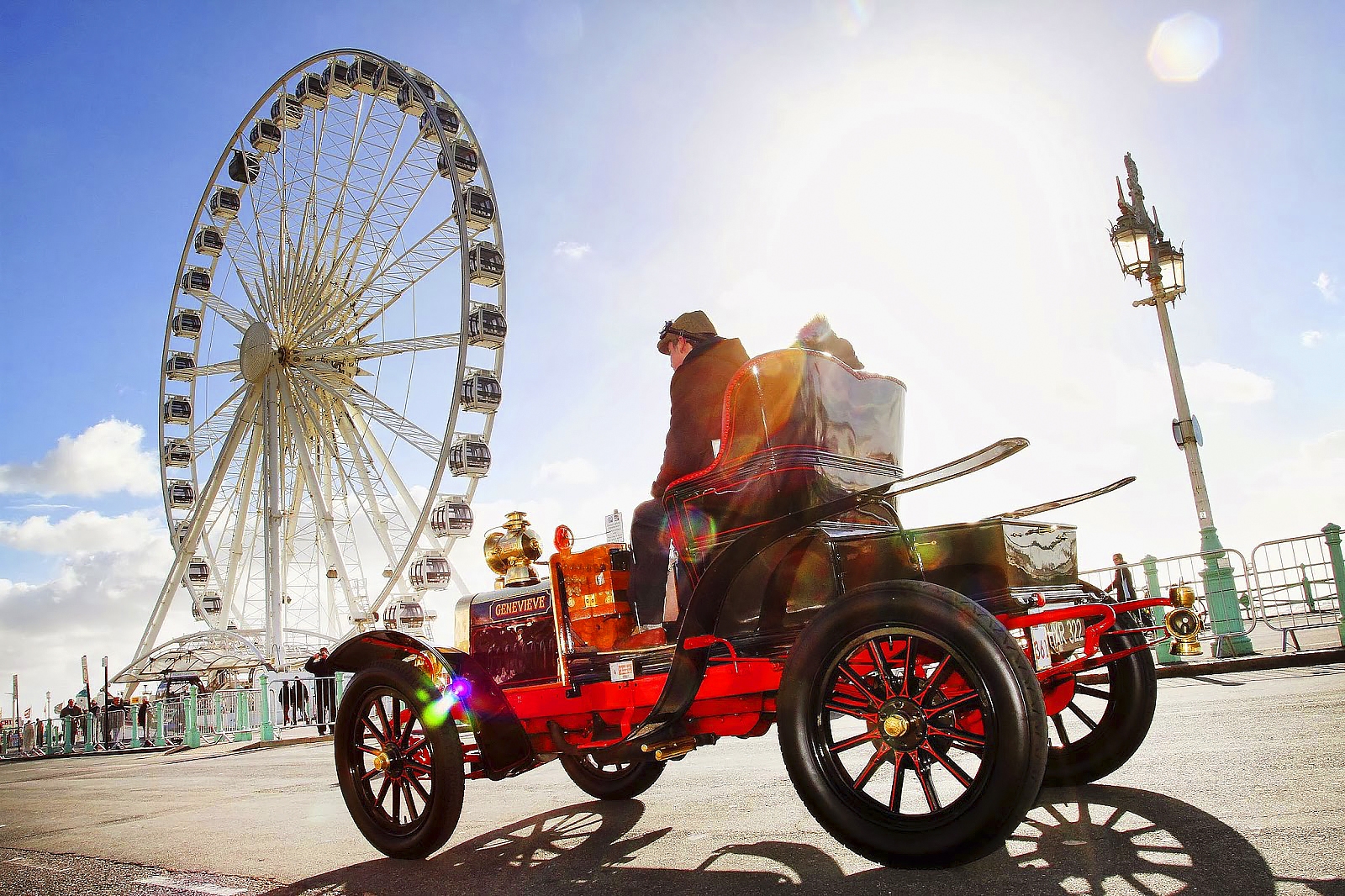 News & events. Napiers light up Veteran Car Run. Three British racers led a field of almost 400 cars on the London to Brighton Veteran Car Run on 3 November. It was the first time that the trio of Napiers had lined up together on the event, and evoked the team that contested the early Gordon Bennett Cup races – the 6.5-litre example that won in 1902 was joined by bigger-engined models from ’03 and ’04.

The first car to cross the finish line on Madeira Drive, however, was Allan White’s 1902 Darracq. The 1902 Mors of Philip Oldman won the regularity section, the first time that a competitive element has been added to the historic event. As ever, there was a number of intriguing entries, including Michael Ward’s 1901 electric Waverley, plus the single-cylinder 1904 Speedwell Dogcart of Sir Ray Tindle, who was embarking on his 50th Run. In total, 341 of the 385 starters completed the 60-mile journey from Hyde Park before the 4:30pm deadline.

Saturday’s Regent Street Motor Show again kicked off the week-end’s activities, with more than 300 cars of all eras being displayed in London’s West End. The free event attracted 2 50,000 visitors and included 100 of the pre-1905 entrants for the following day’s Run, with John Worth’s 1900 Daimler claiming the top award in the concours d’elegance. Other displays included a collection of 100 Aston Martins plus a celebration of the Porsche 911.

Although a Ferrari 250LM made $14m at the astonishing $63m – for just 31 cars! – RM/Sotheby’s Art of the Automobile sale in New York on 21 November, equally jaw-dropping was the $467,500 raised by a ’66 Jaguar E-type SI, a new record for a non-competition car. Full report follows next issue.

Napier trio drew the crowds in Hyde Park
Regent Street Motor Show was again a hit
Monaco-winning 49B will be fired up
Win tickets to the NEC!

A selection of Lotus single- seaters will be demonstrated in the Live Action Arena at Autosport International, which will be held at Birmingham’s NEC on 11-12 January. The 79 will be represented by chassis number 3, which Mario Andretti drove to three wins in 1978. An ex-Graham Hill 49B will also take part, as will an F2 32B.

We have 10 pairs of Paddock Pass tickets – worth £41- plus a pair of VIP Club tickets worth £220 to give away. See classicandsportscar.com/win
The wittiest suggestion will win this Spark 1:43 of Jim Clark’s
Lotus 18, from Diecast Legends diecastlegends.com

What might this policeman be thinking as he approaches an illegally parked D-type on a suburban street (and ignores the XJ6 behind)? As ever, the suggestion that most tickles our ribs wins. Send your entries to Caption Competition (January) at the p6 address or e-mail captioncomp and put ‘January’ in the subject line. Please remember to include your full postal address.

OCTOBER COMPETITION
There were some quality suggestions for our 1953 trials picture, including Matthew Price’s: The Rambling Society was not too happy with the intrusion.’
We also liked Alvin Cohen’s: When the ride became intolerably bumpy, Lord Lucan emerged from his hiding place under the dicky and made a dash for freedom, but Dave Massey wins for: Early sat-nav programs could produce some challenging drives if the “shortest route” option was selected!

CONCOURS SETTO RETURN
The CdrSC-backed Warren Classic Car Show will return for its second running on 10 May 2014. Adult tickets for the glamorous event cost £10 (under-16s £5; under-5s free), while classic parking (including entry) is £20. See warrenclassic.co.uk

KEEPING THE SKILLS ALIVE
The Guild of Specialist Engineers has set up an apprenticeship programme to give young people experience of working with historic transport. The scheme is designed for aspiring engineers between the ages of 16 and 19. See tigose.com