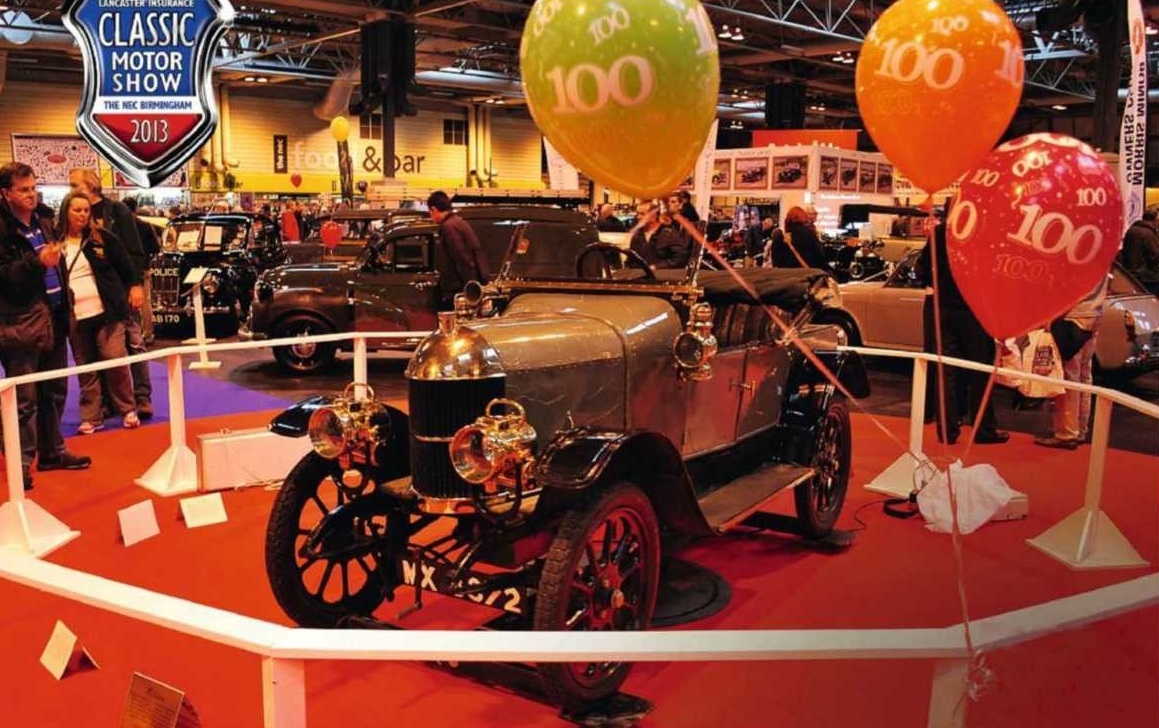 William’took centre stage in superb 20-plus Morris group that also included a Post Office Telephones Minor and a lovely AD016. News & events Morris Majors at 30th Nec Show. A remarkable array of machinery celebrating the Morris centenary wowed visitors to the Lancaster Insurance Classic Motor Show at the NEC from 15-17 November. Pride of place – on a rotating plinth – went to the oldest survivor of the marque, a 1913 Oxford known as ‘William’ after the firm’s founder.

The busy Birmingham show set a new record attendance for the seventh year running: at just under 65,000, it was 5000 up on last year. The centrepiece, organised by the Morris Register and Morris Minor Owners’ Club but featuring cars from many groups, spanned all eras of manufacture. It romped away with the Best Large Club Stand prize in the C&SC Awards (see panel). The group included such charming rarities as Sandy Hamilton’s ’56 Series 1 Isis Traveller – one of a dozen left in the UK.

It wasn’t just Morrises, either. The beautiful ’34 Eustace Watkins Daytona-bodied Hornet that Roy Johnson bought 25 years ago has twice won Most Original Car at Wolseley Register meetings. Fittingly, given the amount of work that he put into co-ordinating

the Centenary Celebration over the past two years, a chuffed Ray Newell, secretary of the MMOC, won Club Personality of the Year. Andrew McAdam of the Assocation of Rootes Car Clubs summed up the feelings of many exhibitors: “I’ve been doing the event for 12 years and it was, without a doubt, the most positive atmosphere that I’ve ever experienced at the NEC.”

Special guests included actor David Soul who was – to tie in with the ‘Classics Reunited’ theme – back with a Ford Gran Torino as featured in Starsky <b Hutch on one of the title sponsor’s three brilliant themed stands around the 11 halls. McAdam, in his Hillman ОС guise, was inspired by the theme to reunite Sir Stirling Moss with a MkB Hillman Minx like the one that he was provided with at Silver- stone in May 1956. Club members dressed as Minnie the Minx, and the HOC was joint runner-up with the Riley RM Club’s ‘RE United’ foot-ball club for Best Themed Stand. The gong went to the TR Register for its daily re-enactment of the Triumph TR2’s launch in ’53, with its TS2 prototype posing as the

MCR featured Pinon’s Sprint and Downton Come on you Sky Blues! Riley RE United. Edwin Faulkner’s 2007 Car of Show Quattroporte I alongside his II in Maserati Club group

Earls Court car. Club press officer Wayne Scott acted as Standard- Triumph boss Sir John Black, while TR guru Bill Piggott played the role of sales manager and extolled the virtues of the new sports car.
The judges were inundated with candidates for the Most Interesting Selection of Cars, including a stunning Mini Cooper Register line-up that featured three ex-works rally cars. As Cliff Porter pointed out: “BMC had loads of orders from France on the back of the ’64 Monte win, so we have two cars from across the Channel, both owned by Nicolas Pinon.” David Boswell’s Morris, once owned by the late John Bolster of Autosport, sported his famous deerstalker on the rear parcel shelf.

The winner was a wonderfully varied group showcasing all of the types of transport supported by the Federation of British Historic Vehicle Clubs. It included a GAZ 69A military jeep, a 1940 Midland Red bus, a ’49 David Brown Crop- master tractor and an MG Maestro. Chris Loder’s 1898 Stephens, one of two left, has been in his family since his dad bought it in 1969 from Richard Stephens, who built it.

Car of the Show went to Julian Bowen’s glorious 1931 Rolls-Royce 20/25 (left), from a shortlist that included the Ogle Aston Martin.
A saloon also stole the judges’ hearts for the C&SC Special Award – the delightful 1951 Skoda Tudor that Steve Horton bought in ’96. It had been in daily use until then and was rebuilt in the Czech Republic.
Best Small Club Stand went to a smart selection of patrol cars from the Police Vehicle Enthusiasts’ Club. And, after much debate, the Sunbeam Tiger Owners’ Club landed Best Medium Stand. The winning team from the Classic Marathon was presented alongside the gleaming stripped resto project being rebuilt from a wrreck byjim Oven for next year’s half-century.

It was also a close-run thing in the Meguiar’s Club Showcase final, won by William Baldwin’s 1960 Jaguar XK150 S roadster. Over on die Live Stage, Andrew Crowe won the ’76 MGB that Wheeler Dealers Edcl China and Mike Brewer had restored over the weekend.
Some Dream Rides regulars noticed that there were fewer classic exotics than in previous years, but the younger selection clearly went down well with the crowds because the Sporting Bears raised a fantastic £41,000 for charity.
Dealers reported brisk business (see Market place), while Silverstone Auctions sold 85 cars for £2.85m – £1.5m up on last year’s debut NEC fixture; frill report next month. 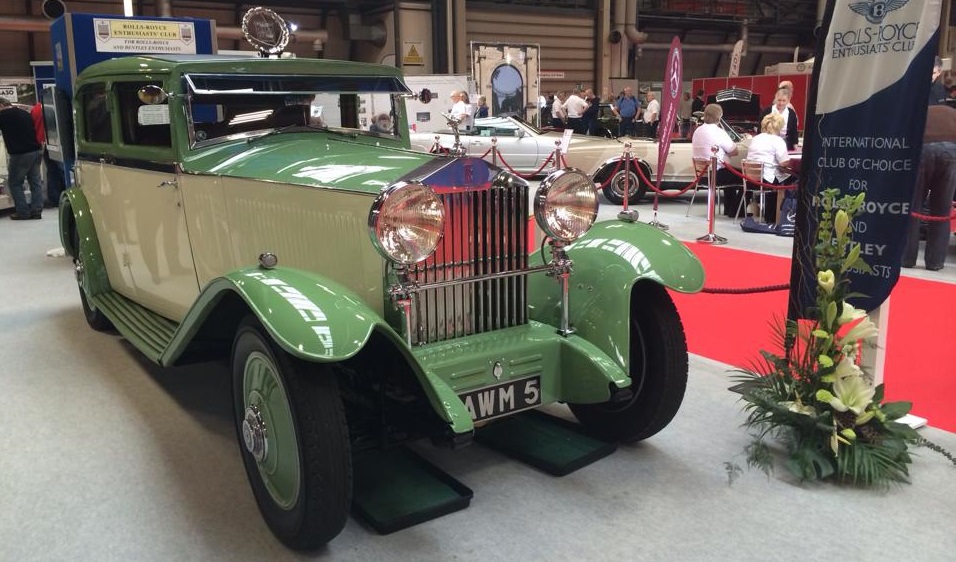 When Julian Bowen tracked down his Barker-bodied Sports Saloon in 2008, it looked quite different to how it does now. It was copper-bronze, with Buick bumpers and wire wheels with whitewall tyres.

As Bowen explained: “Most 20/25s were upright designs – with enough headroom for an undertaker’s top hat – and I didn’t want one of those. This looks more Mafia! “The build plate is in two languages because it was the 1931 Paris Salon car and that was a condition of a vehicle being imported to France for sale. So – I researched the reports in The Autocar and The Motor and – even in black and white – you could clearly see that it was two-tone. There were lots of stress cracks in the aluminium bodywork and, in the process of stripping it, we came across the original colours.”
Bowen firmly believes in using his cars and, since the rebuild was finished three years ago, he’s done more than 16,000 miles in the 20/25 – including trips to Le Mans, Angouleme and St Moritz.