The E23 first saw the light of day in 1977, its production would run through a full decade with the last cars finding owners in 1987. That long life cycle, and the model’s overall popularity, saw BMW build 285,029 examples in total. Taking what the E3 and E9 cars had started and building on it in grand fashion, many E23s used the iconic 12-valve M30 six-cylinder engine – the 745i being an exception. Four- and five-speed manual gearboxes were available, so too an automatic transmission – its ease of use and grace favoured by some. The E23 was the first BMW with a service interval indicator as part of its on-board computer systems, but it also boasted climate control and antilock brakes – late cars even allowed for the option of a driver’s air bag. In the same way that the E23 used a mixture of fuel-injection and carburettor systems – new and old – the model’s wooden trim, powered seats and windows mixed classic chic with somewhat contemporary advents. BMW’s large and luxurious model cleverly blended innovation, comfort and quality in market leading fashion, that it integrated this with handling prowess – a sporting edge that could not be matched by its rivals – was key to its success. It’s easy to forget how exceptional the E23 7 Series was, and remains to this day. However, a welcome reminder comes in the form of this Polaris Silver example showing just 13,500-miles from new in 1980. We came across it via our friends at classic car auction website The Market (themarket.co.uk) who help us to tell its story here. 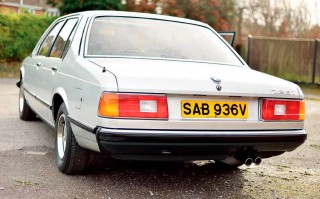 Having covered such a low mileage, this particular car simply must be one of the finest survivors of its kind anywhere in the world. Presented in original and unrestored condition, it has clearly been pampered during a long first ownership period, one that only came to an end four years ago. At this time it was passed onto a collector who seemingly never re-registered the car in his name for road use – it therefore remained (at the time of sale) a one-owner car.

“The collector spent approximately £2000 refurbishing the E23’s brake system, fitting a dealer-supplied BMW exhaust system and ensuring that the 7 Series was no seized-up museum piece. It is on the button and ready to go,” we’re told by the auctioneer. “It is, we think, the best-preserved car we have ever had the privilege to offer on The Market.”

Supplied new by a BMW dealer in Wolverhampton, in recent years this very car has been on display in that same dealership, loaned by its first owner to impress contemporary customers – a job we’re sure it performed especially well. After a period as his company car, the first gentleman owner took this car on as his property, yet still it was barely used with MoTs from the 1980s and 1990s showing an average annual mileage of just a few hundred miles per year. Though the speedometer was changed in 1985, we know that it was showing 6000-miles at the time and today it shows 7445. The car’s current owner sheds light on how he found it: “I heard about it through a mutual friend,” we’re told. “The car lived indoors, sharing a large garage with a ride-on mower – it was in incredible condition. “Time-warp” is a massively over-used phrase for describing well-preserved cars but this time its use is genuinely justified. I jumped at the chance to own it.”

Is this car too nice to use? Might actually driving it harm its value?

On first examination there’s every sign that the paint on this car is its original factory finish all-round. Indeed, the first owner said as much to the vendor, and a check with a paint-depth indicator would seem to support this, so we’re told by The Market. Of course, in keeping with any 40-year-old finish, it is not entirely perfect – if you know where to look you can find signs of small spider-tracks under the paint in one or two places on the front wings, some tiny scabs and peel-backs on the rear of the front wheelarch lips. But to any casual observer this car looks factory fresh. It raises the question as to whether one should carry out repairs, or leave a little patina in place – carrying out repair work on something so factory original for trivial reasons might well be considered sacrilegious. 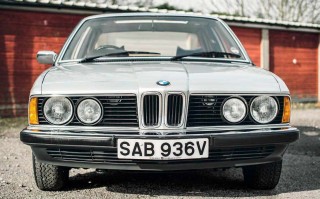 Remarkably the bumpers, chromework, grille and lamp lenses are untouched – there’s not a parking scuff, dent nor crack in sight. The wheels are all unmarked and retain their BMW roundel centre caps and undamaged stainless-steel trim rings – even the wheel bolts look like they’ve barely seen a road. The Market recommends any new owner who intends to use the car should invest in four new tyres, for the handsome but elderly Michelin XVSs with which this car is currently shod should remain strictly for the show field.

Fabric vehicle interiors, especially European ones from the 1970s onwards, can be literally impossible to refurbish properly as the correct cloth is simply often unavailable, likewise for brittle plastic parts that have never been reproduced. Most owners put up with a few rips, cracks and stains, they’ll find none here. “We kept thinking that this car doesn’t even feel like one that’s done 13,000-miles… try 1,000,” the auctioneer smiled. “The seats have not sagged, the bolsters are not scuffed, the door cards have never been scraped with a muddy boot. The little brush-edged pieces in the gear selector slot have not bent into position around the ‘D’ mark, because the car has spent so little time on the road.”

The carpets might appear too perfect a fit to be anything other than a new old-stock set, but they’ve been in situ since 1980. The plastic sewn-in mat for the drivers’ heels has not picked-up even a single mark. The headlining has never been touched with grimy fingers and the dashboard could be a brochure photograph. Even the little red digital clock works. 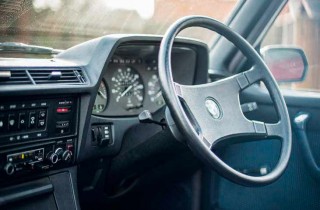 “The only flaw we could find is that the Philips radio cassette isn’t sitting quite square in its slot – easily fixed, we are sure.” the auctioneer said.

The relative showroom-like condition of this car continues underneath and inside, there is no hint of rust. This car’s factory underseal and judicious aftermarket touches of anti-corrosion wax have allowed no tinworm to take up residence. The new BMW exhaust hasn’t had time to develop even a prickle of rust. The engine bay might not be concours condition but it looks about half an hour’s work from becoming so – it is incredibly smart and clean.

A big part of this car’s attraction, on top of the obvious stuff we’ve already mentioned, is its bulging history file. It’s all there, going right back to the car’s running-in service and pre-sale inspection when new. Service records are outnumbered by old MoTs, as you might expect for a car that has barely covered any distance, and it transpires that the vendor’s estimate of £2000 for his recent expenditure is actually closer to £3000 – that new exhaust costing £639 alone.

“You could clean the engine bay with a Q-Tip and compete in some really quite serious concours shows. You could do BMW club events and ride the waves of smugness as everyone marvelled at your car’s condition, rarity and originality. Or you could keep it all to yourself and get the same warm glow every time you opened the garage door and peered into that showroom-fresh interior,” said the auctioneer. 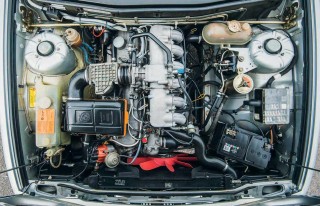 But that raises an important question – is this car too nice to use? Might actually driving it harm its value?

“If you fitted some new tyres and kept up the same religious approach to cleanliness and maintenance, you could do a joyous 10,000-miles over the next five years. Not heaps, but more than most classics do. And then in 2025 you’d still have the best 728i anyone could find, and with a mileage that’s still just 23,000…” we’re told. “Youngtimer German classics are surging in popularity and for an example like this, buyers should be queueing round the block. We estimate the car will sell for between £16,500 and £23,000. Good value when a similar 735 with nearly 20,000-miles sold at auction for over £22,000 last summer.”

In actual fact, during its auction run, the E23 attracted keen bids across an eight day period, moving up to a maximum of £15,000 – the reserve not met. So, this 7 Series might not yet have found a new home, but whoever ends up its new keeper will be the custodian of a significant slice of BMW history. 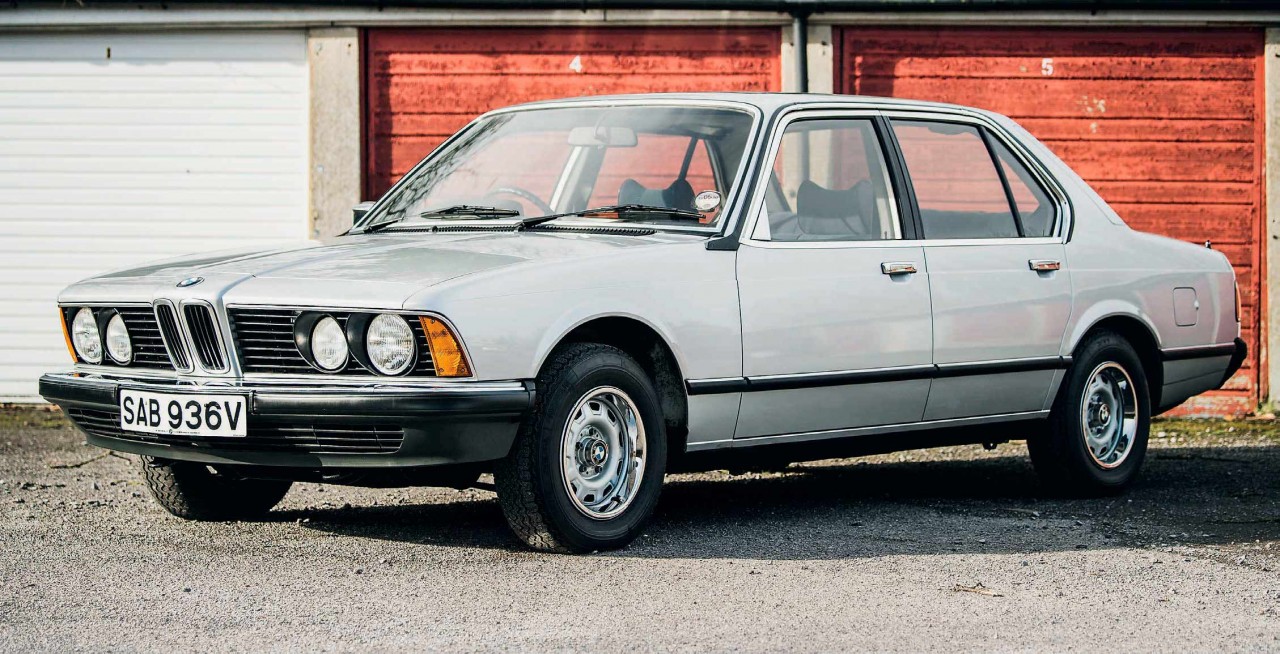 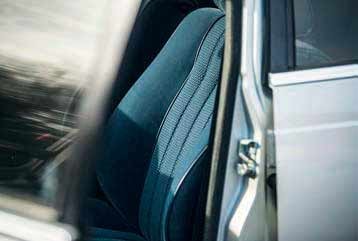 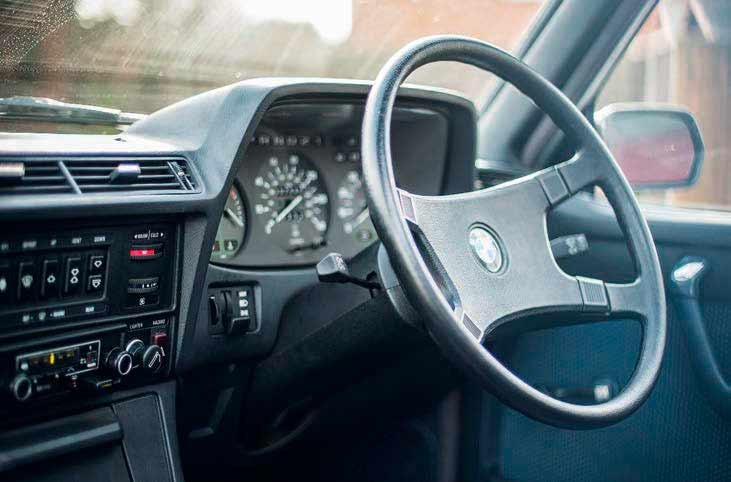 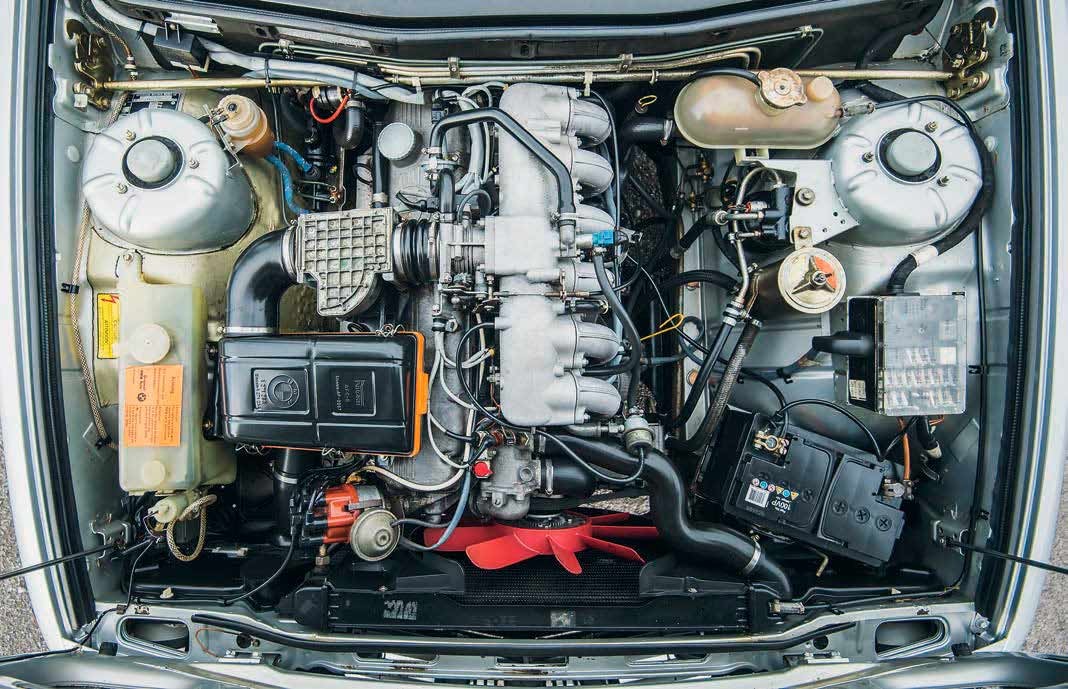 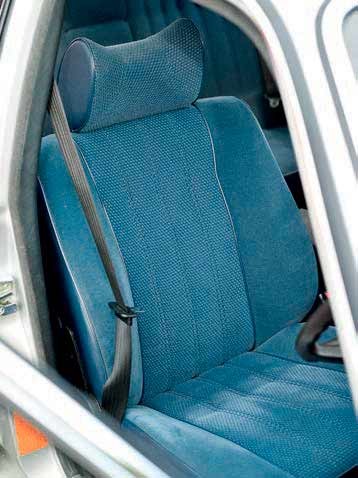 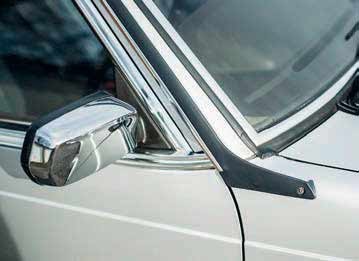 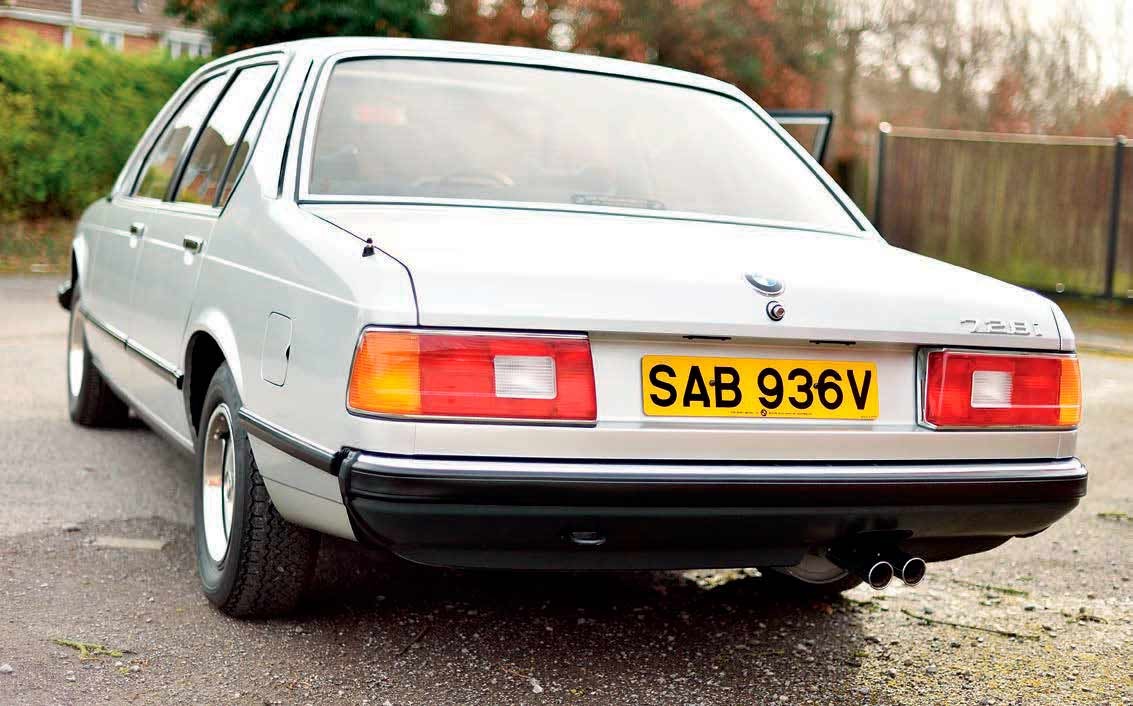 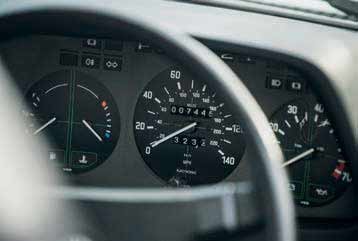 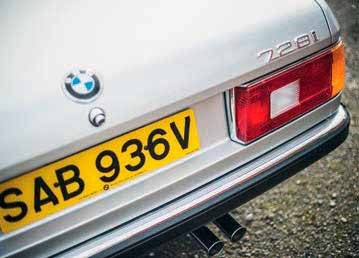 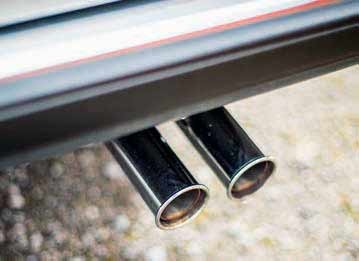 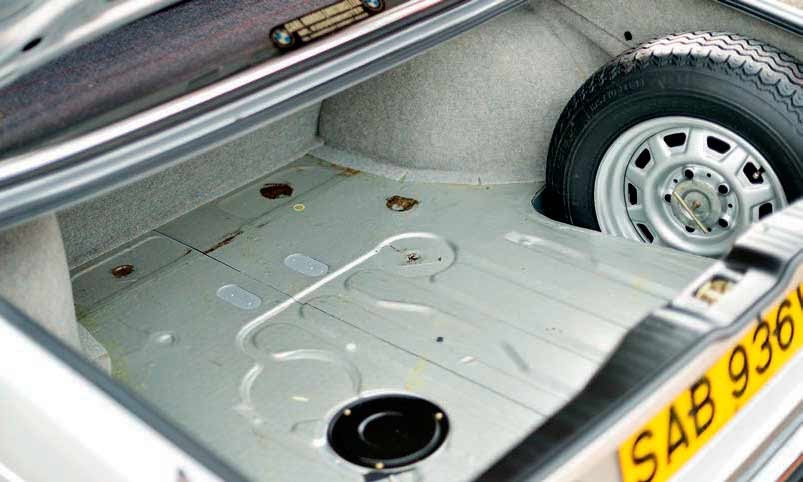 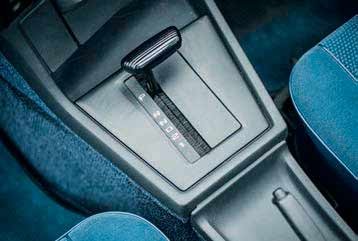 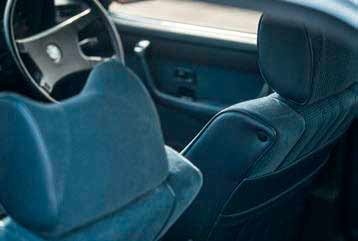 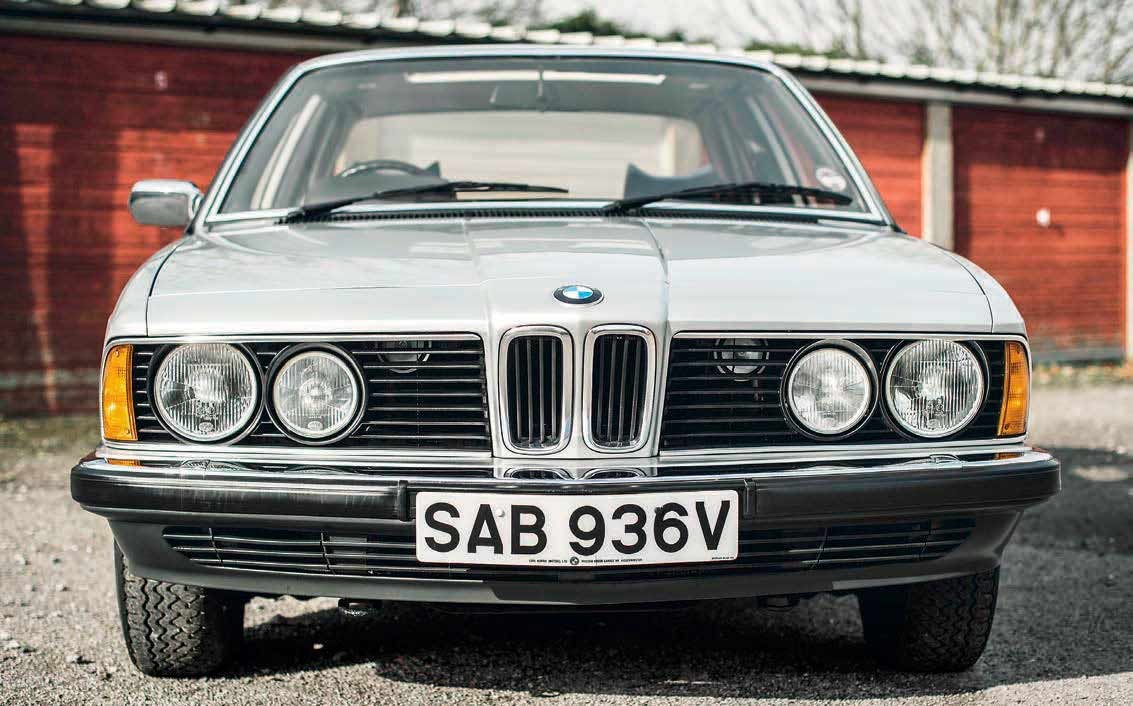